Bentley, a doberman in a red plaid doggy jacket, seemed to approve of the new Brydon dog park in Langley City, bounding and sniffing the three-acre site during last week’s unveiling.

Bentley was at the park with his human, City Mayor Val van den Broek, for the official opening last Wednesday, Oct. 14.

He had some company, in the form of two-month-old Shiloh, an enthusiastic pup who arrived with Langley City Councillor Rosemary Wallace, who explained the happy, bright-eyed ball of fur was the result of an unlikely encounter between a small-sized Australian shepherd and a Bernese mountain dog.

The park reflected the latest thinking about dog play areas, with much of it covered by wood chips, explained Rick Bomhof, City director of engineering, parks, and environment.

“It’s kind of the latest thing in dog parks, it keeps their paws clean,” Bomhof elaborated.

There is a double gate to make it easier to get in and out, with parking nearby.

Brydon park is the fourth off-leash park to open in the City, and there are currently no plans for more, Bomhof told the Langley Advance Times.

It was carved from what Bomhof described as a wooded area with “lots of scrub brush,” designed and built in advance of expected development in the area.

Some of the logs from ailing cedar trees that were cut down for the off-leash park have been repurposed as places for dogs to play on, and other logs were relocated to nearby Brydon lagoon, “for the birds,” to give them places to sit, Bomhof elaborated.

It will be open from dawn till dusk, and owners will be expected to follow basic etiquette, Bomhof said.

“Even if you have [your dog] off-leash, you need to be in control,” he observed.

“And pick up after yourself,” and your pooch, Bomhof said with a laugh, as he narrowly missed stepping in some puppy poop. 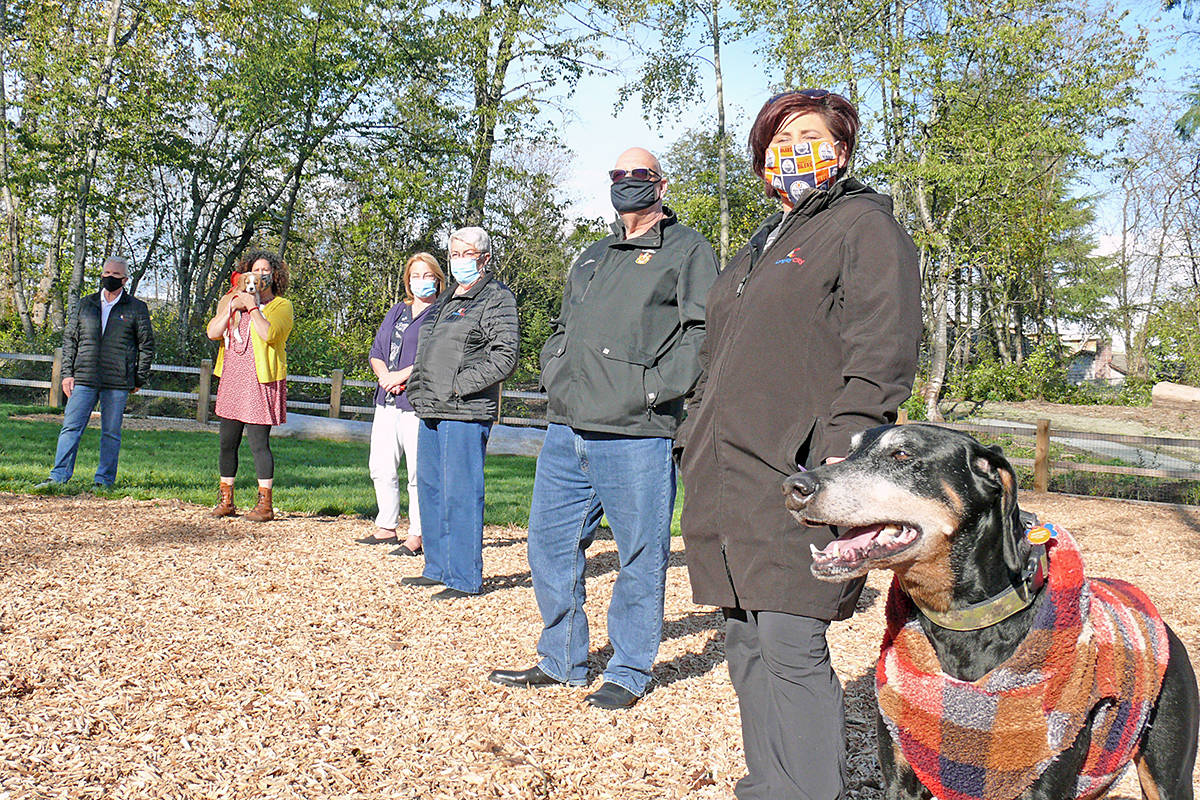