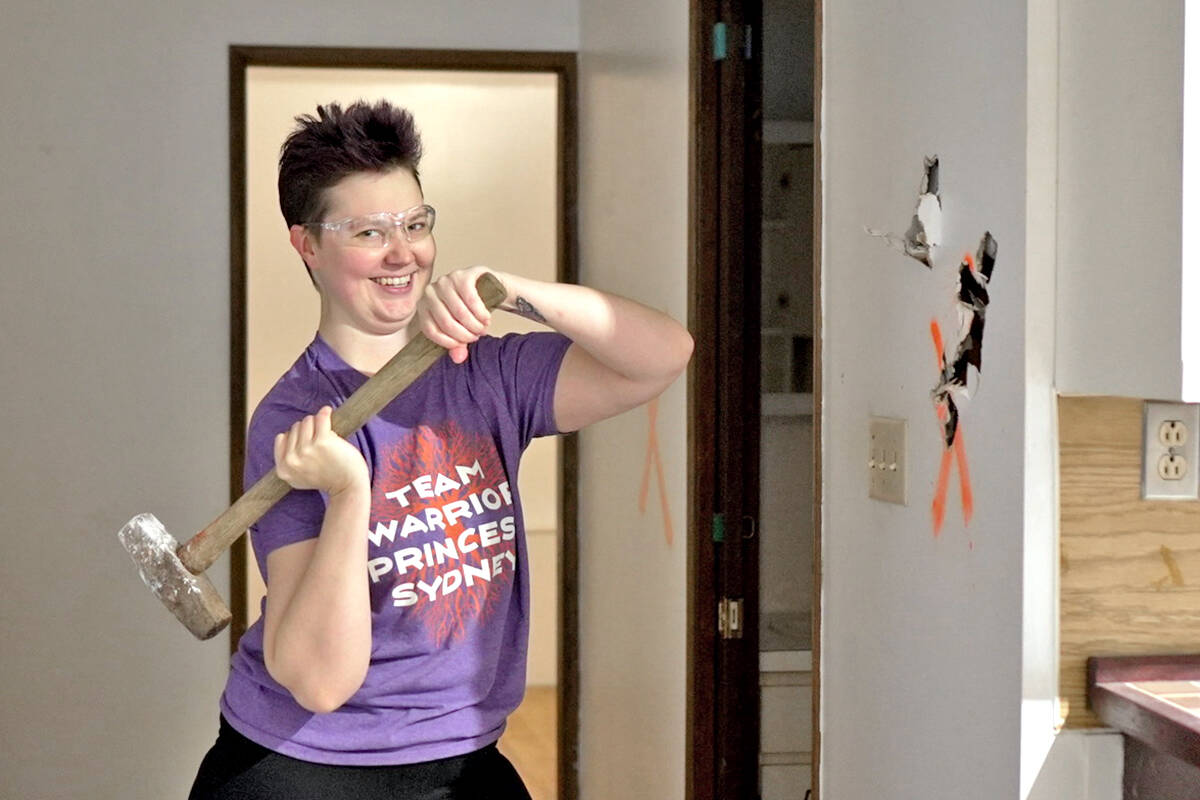 Sydney Stenburg kicked off the remodelling of her Aldergrove home on Monday, Nov. 8. Langley-based charity Life App is looking for tradespeople and suppliers to help with the initiative. (Special to Langley Advance Times) 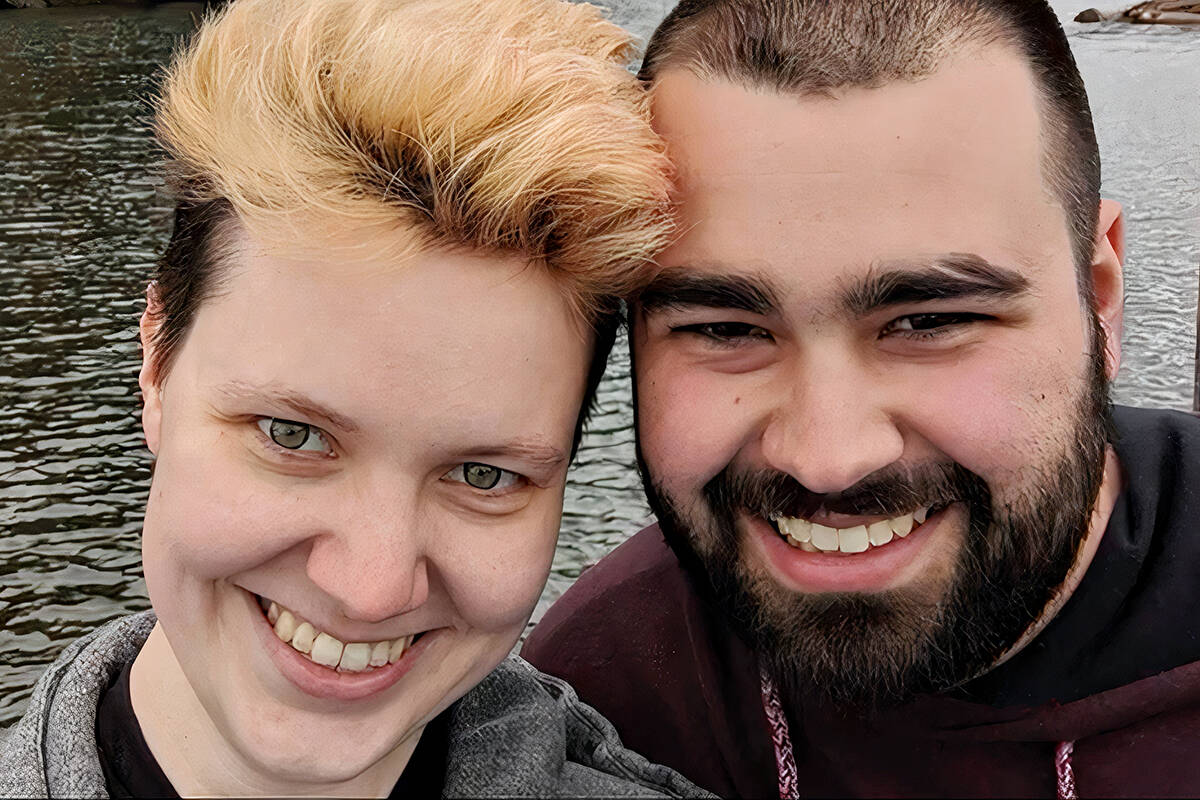 Shortly after Sydney Stenburg got engaged to husband Cam, her cancer returned. Now, Langley-based Life App is looking for tradespeople and suppliers to help with remodelling their Aldergrove home.(Special to Langley Advance Times) 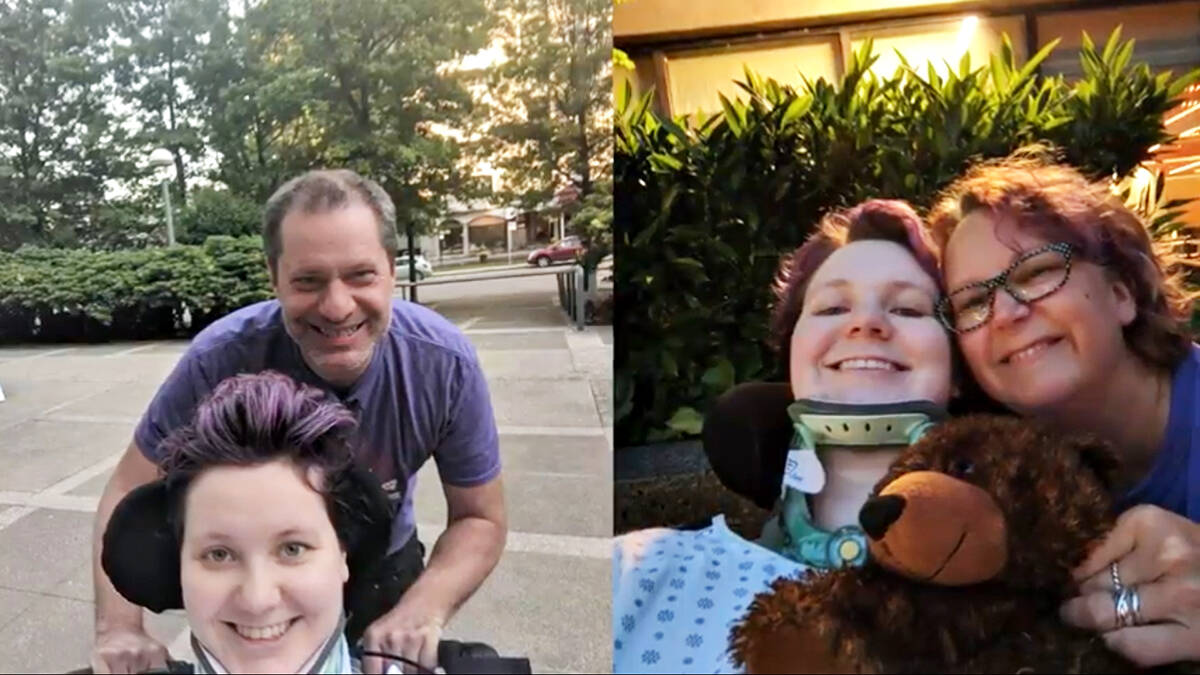 Shortly after Sydney Stenburg moved back in with her parents, Ken and Corinna Wiebe, after her cancer returned. Now, Langley-based Life App is looking for tradespeople and suppliers to help with remodelling their Aldergrove home.(Special to Langley Advance Times) 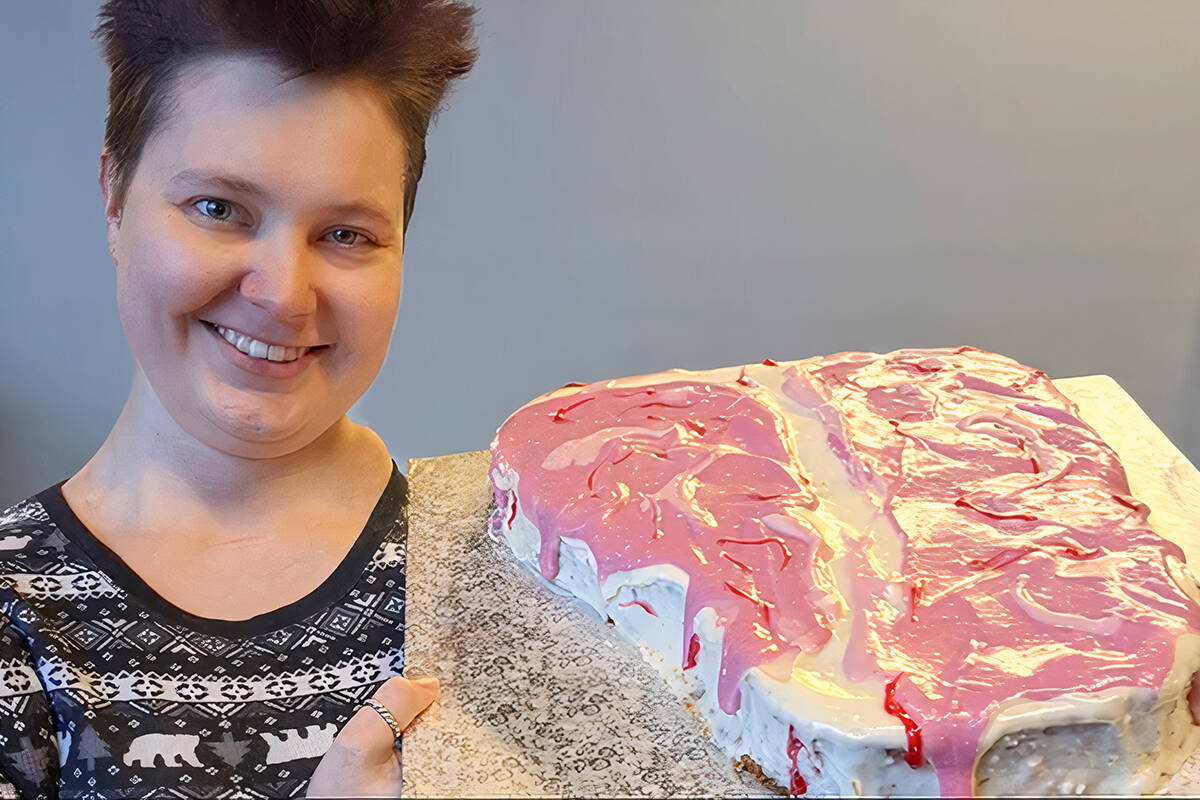 Sydney Stenburg, who loves baking, is looking forward to having a kitchen of her own, the result of a LifeApp remodelling of the Aldergrove home she and her husband are share with her parents. (Special to Langley Advance Times)

Enough of her life being dominated by her cancer diagnosis, enough of being depressed.

The 26-year-old Aldergrove resident has an inoperable form of clival chordoma, a rare and malignant type of spinal cancer.

After multiple surgeries, radiation and experimental immunotherapy treatments, she had defied the odds, but the battle had taken a toll.

”I went from this happy-go-lucky girl, to a girl who beat cancer, to a girl who now has to live with it for the rest of her life,” Stenberg explained.

“I got depressed – and then I woke up one morning, and it was like, ‘this is it, we’re going to do this,’ and I moved out a week later, to an island by myself. Life was life again. I was working in a bakery and I spent my summer on the beach doing everything that I want to do,” Sydney said. 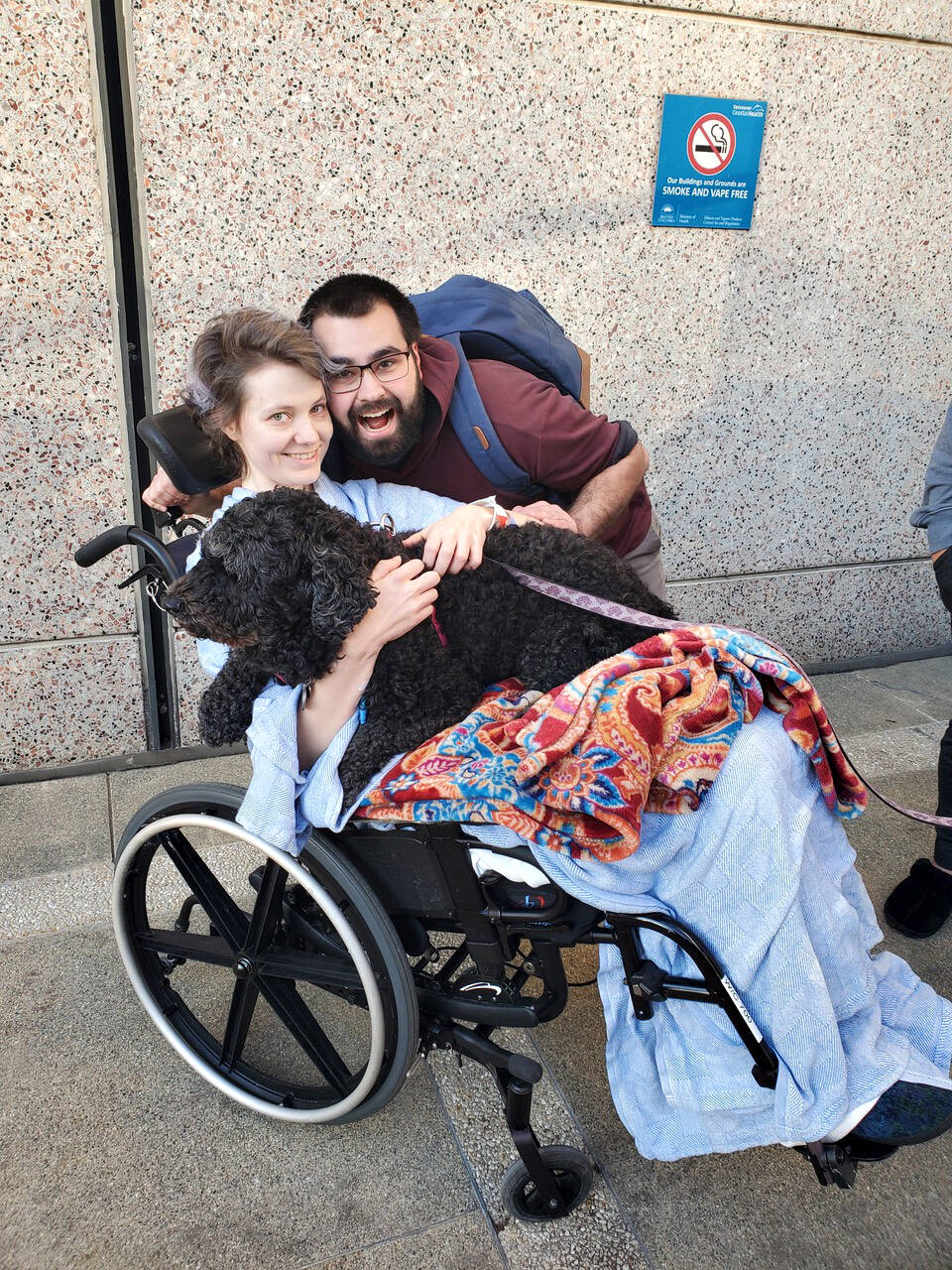 Shortly after Sydney Stenburg got engaged to husband Cam, her cancer returned. Now, Langley-based charity Life App is looking for tradespeople and suppliers to help with remodelling their Aldergrove home.(Special to Langley Advance Times)

She got engaged to Cam, her childhood sweetheart.

“It was a life-changing summer for me,” Stenburg remembered.

“And then it came back again.”

She broke her neck, the result of the damage done by the tumour, and required surgery to implant supports to her spinal column. 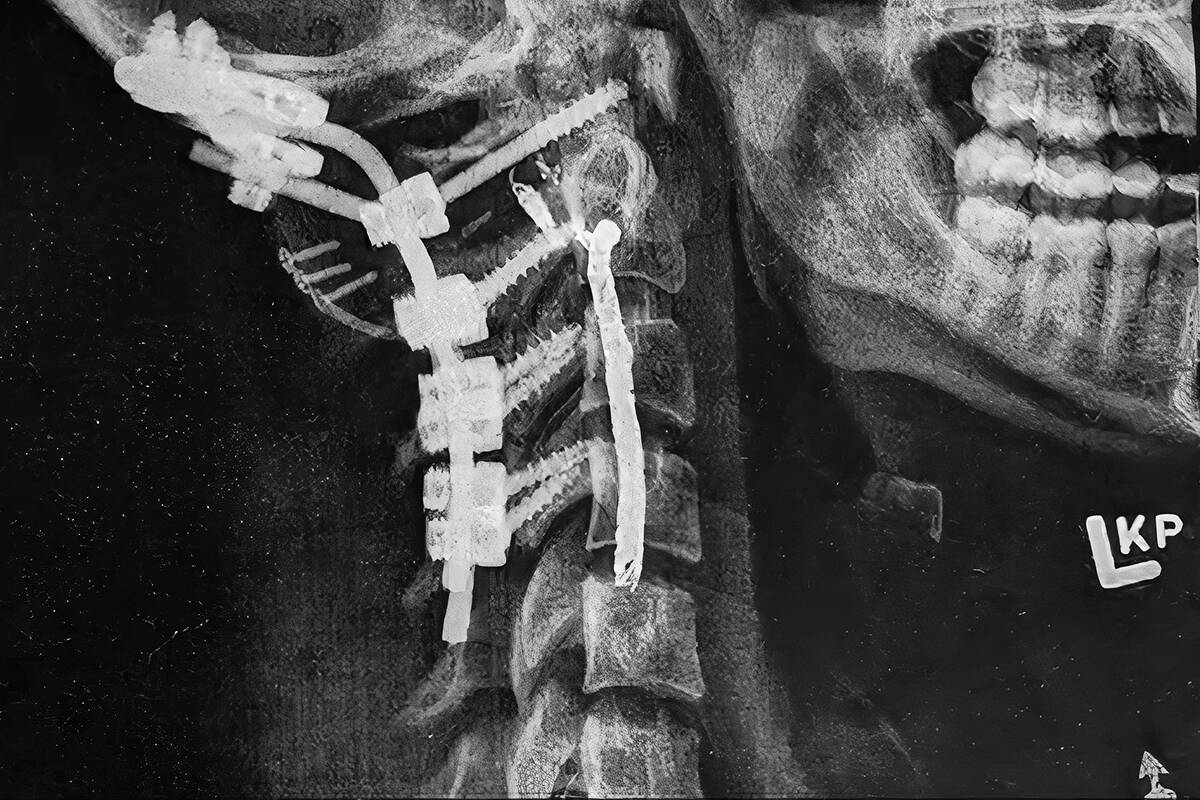 AT 22, Aldergrove’s Sydney Stenburg broke her neck, the result of the damage done by a tumour, and required surgery to implant supports to her spinal column. (Special to Langley Advance Times)

With an increased need for palliative care, Sydney and Cam moved into the unfinished basement of parents Ken and Corinna Wiebe’s Aldergrove home.

Corinna gave up a well-paying job to care for her daughter.

As a result, the house is in a state of disrepair, from leaking plumbing to unfinished floors. It is also ill-equipped to support wheelchair accessibility or a private living area for a young couple.

Sydney told her story in a video presented by LifeApp, a Langley-based charity that aims to remodel Sydney and Cam’s home as one of its “Live Love Well” projects.

At the same time, LifeApp has launched a GoFundme initiative.

LifeApp was founded seven years ago by Jonathan and Teresa Penner.

“We just want to make a difference in the community,” Teresa, Live Love Well director, told the Langley Advance Times.

Jonathan Penner, said it’s about the power of community.

“We step in, and we say were going to do something about this, because together we can solve something that an individual or family may not be able to solve on their own,” he said.

Teresa said the plan for the house where Sydney and her family is to “take it from leaky pipes and wet drywall from a leaky back deck and we’re going to fix it up. We’re going to make a wheelchair-accessible bathroom. We’re going to transform that home.”

“To be able to have a space to cook again freely would be amazing,” she said.

Work began on Monday, Nov. 8, with the family moving out.

Sydney kicked things off by posing for a picture with a sledgehammer, getting ready to knock down a wall.

Plans are to have it all completed in time for a “big reveal” on Dec. 13

The “Shower Sydney With Love” GoFundMe campaign has a fundraising goal of $75,000.

The project is looking for tradespeople and suppliers to donate effort and materials; electricians, finishing carpenters, and people who cam supply cabinetry, appliances, furniture, building materials and doors.

Learn more about the organization at https://www.lifeapp.ca/