Elizabeth Salase of Surrey was staggered by the unexpected death of her beloved sister Agnes Davis.

Davis, a 35-year-old single mom, passed away suddenly on Feb 7, a tragedy that saw Salase taking on the responsibility of raising her sister’s three children, aged four to 11, along with her own three, older, kids.

“It was a big shock,” is how Salase, a Whalley resident, described her loss.

“Losing my sister has taken a big piece of me with her.”

She poured out her feelings in an online post to social media, on what would have been her sister’s birthday.

“Happy birthday, sister Agnes Davis, I miss you like crazy and I can’t stop feeling this empty feeling. You’re supposed to be here with me and the family,” Salase wrote.

“I can’t stop these tears from falling uncontrollably, I love you ever so much sister, wished I could just pick up the phone and call you or text you.”

A few days after Agnes died, five of the six kids came down with COVID-19, which meant Salase couldn’t work.

It was a “rough, rough month,” Salase told the Langley Advance Times.

Then, help arrived, from an unexpected source.

She was contacted by Michael Coss, a Langley resident who had seen another social media posting by a Salase family friend, making a public appeal for assistance.

Coss is a resident of a Connect Communities group home for brain injury survivors, one of five operated by the charity in Langley.

A “reach out with kindness” challenge had just been made by Connect managers, one that aimed to fight the “COVID-19 Blues, one helping hand at a time. “

Coss, a car crash survivor who spent six and a half months in a coma and had to relearn how to walk, and talk, again, has gone on to become a motivational speaker and author.

He saw the situation as a win-win, a way of both helping someone who deserved it, and at the same time demonstrate what “we brain injured can do in these challenging times.”

“I am full of gratitude,” Coss explained.

“My purpose now in live is to provide hope,”

For the Salase family, Coss and a small group of fellow survivors, with some help from relatives, set up a GoFundMe page, and in 10 days, raised $1,555.00.

Salase was left searching for words to convey her gratitude.

“I can’t thank them enough,” she said

“I was just overjoyed.”

In another small bit of good news, Salase reported all the kids have since recovered from their brush with COVID.

She did not contract the virus.

Prior to his accident, Coss remarked, he had worked with a team of sales and marketing individuals at Molson Canada, from across the country.

In his opinion, “working with a few people on this project, gives me more satisfaction and pleasure [because we are] making a difference in the lives of one human being and her family.”

“It’s a story about what a group of grateful brain injury survivors can do,” Coss summed up. 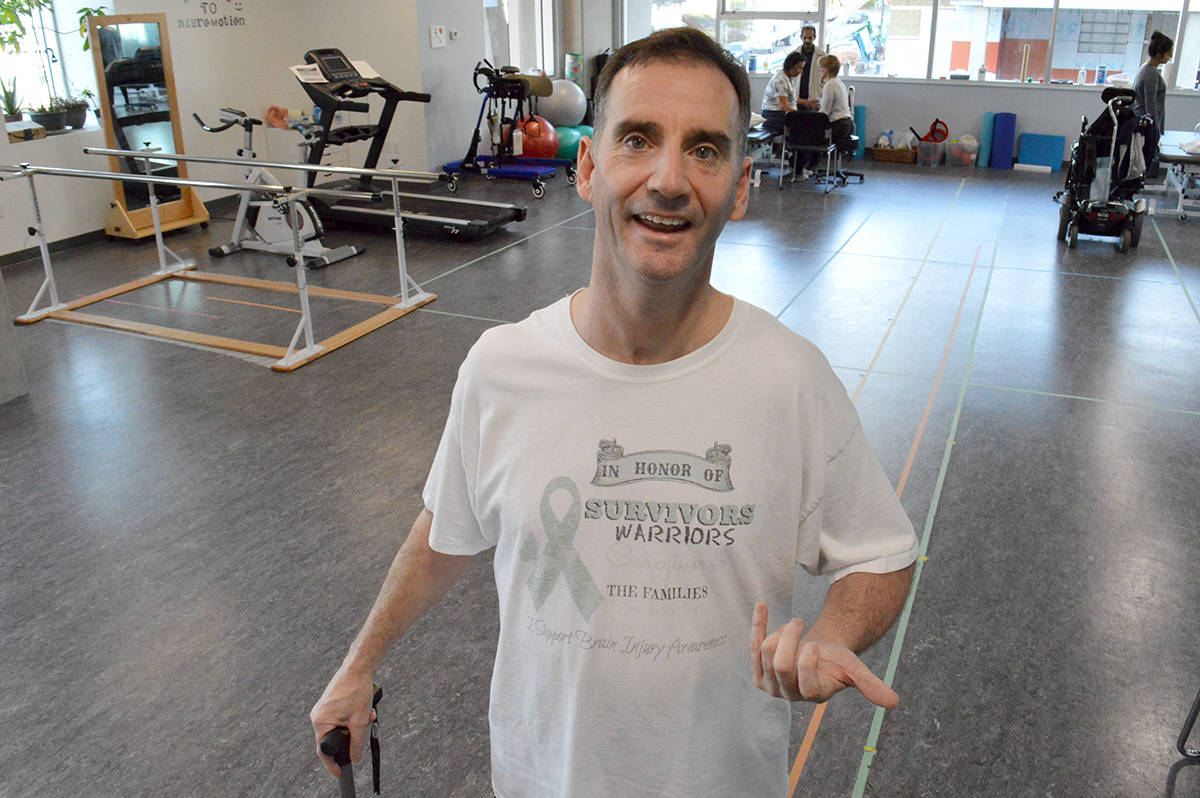