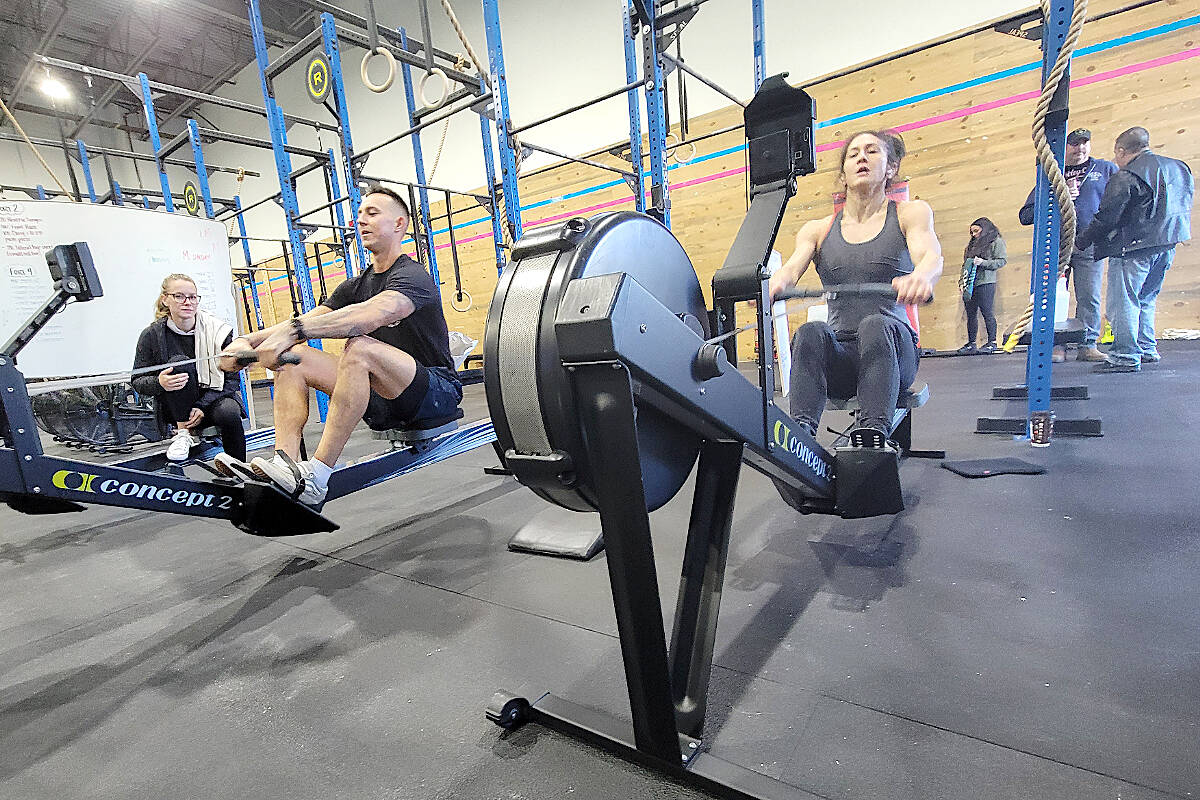 Tyler DeJong and Mandy Kirkpatrick were rowing for Honour House on Saturday morning, Nov. 12, as a 24-hour fundraising rowathon drew to a close in Langley. (Dan Ferguson/Langley Advance Times) 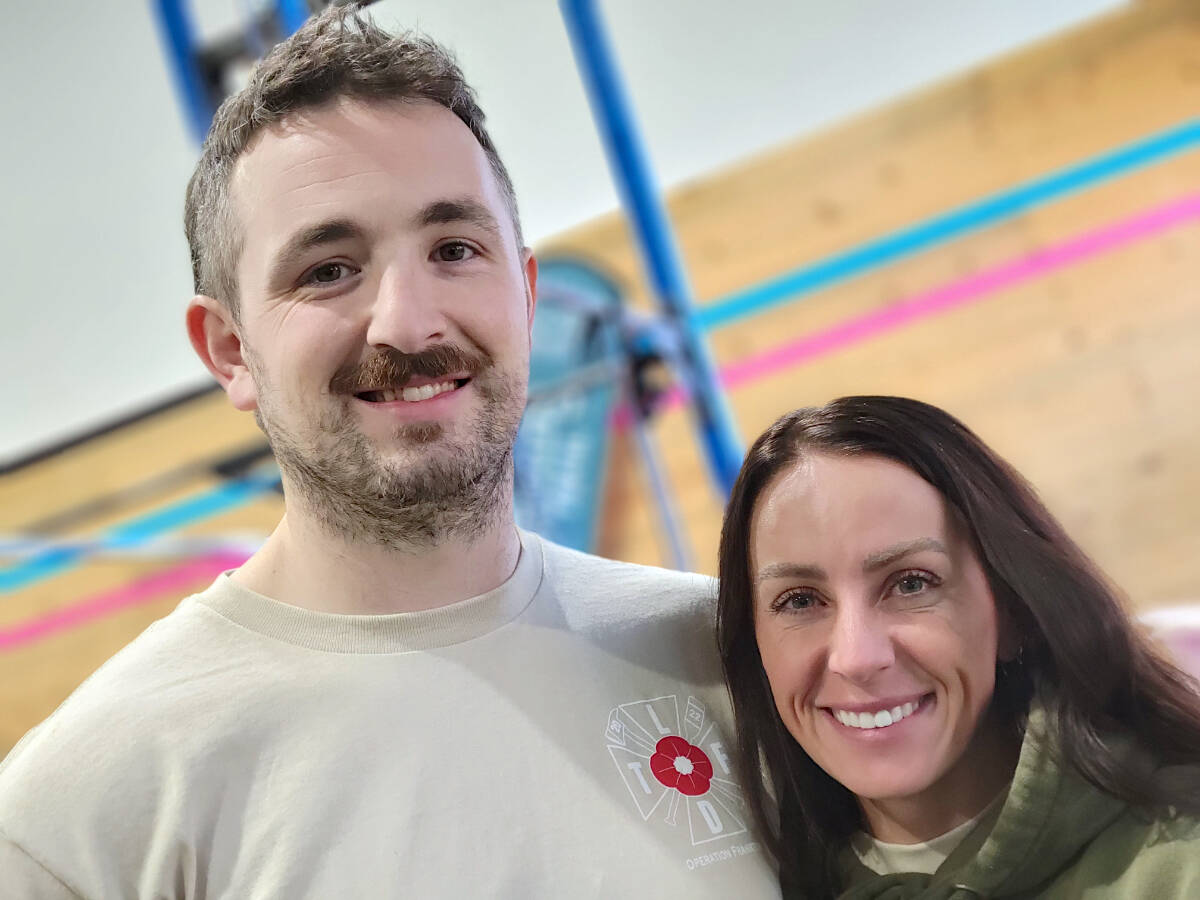 Veterans James Pearson Kelsi Sheren were a little sleep-deprived, but happy, as a 24-hour fundraiser for Honour House drew to a close in Langley on Saturday, Nov. 12 at the Fort Strength gym. (Dan Ferguson/Langley Advance Times) 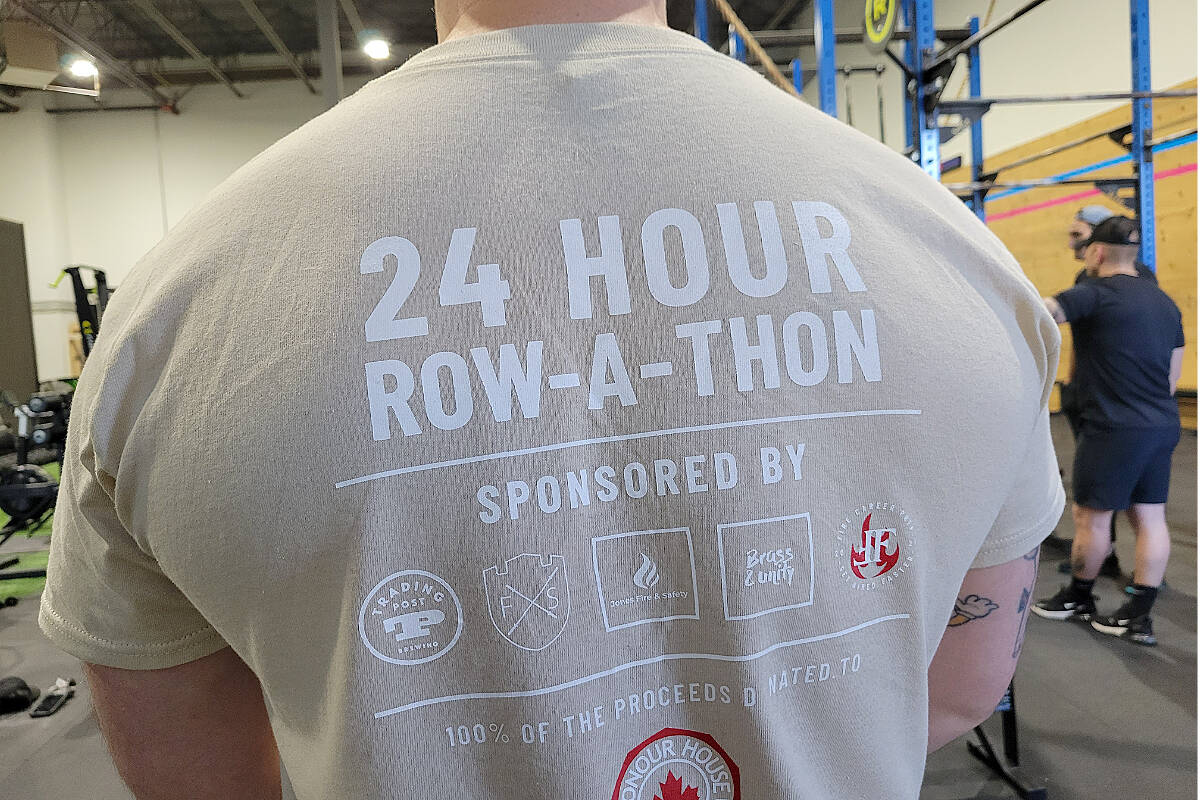 As the second annual 24-hour row-a-thon, hosted by the Township of Langley Firefighters Charitable Society, was drawing to a close Saturday, a sleep-deprived James Pearson – the organizer and originator of the event – was still smiling.

“It’s been awesome,” Pearson remarked, explaining the money raised would be going to Honour House Society, an organization that works closely with first responders and veterans suffering with PTSD (Post-traumatic stress disorder) and other service-related injuries.

Kelsi Sheren – who, with Pearson, had been there since the row-a-than began on Remembrance Day – described Honour House as an “amazing organization” that provides mental health and other support to veterans with PTSD.

For Pearson and Sheren, it is a very personal issue.

Both served in Afghanistan, Pearson as a member of the U.K.’s elite Royal Marine Commando unit, and Sheren as a Canadian artillery gunner attached to the British forces.

Both estimate they were injured within a few months of each other.

Pearson said he was medically discharged “after getting blown up a little bit” and “shot a couple of times,” while Sheren remarked that the most stressful part of combat wasn’t being shot at, it was “when your friends are blown up in front of you.” 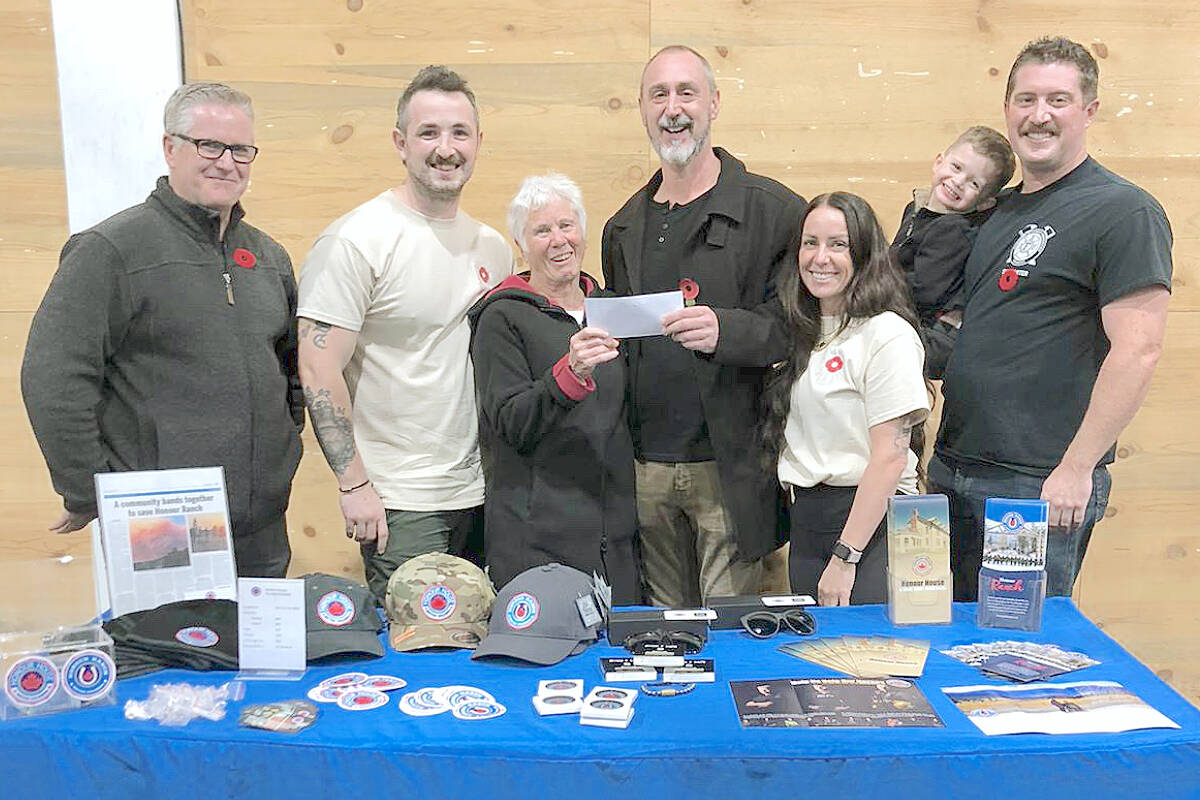 Susan Wrayton, whose son is a firefighter, made a single contribution of $10,000 to the 24-hour rowathon for Honour House on Saturday, Nov. 12. (Special to Langley Advance Times)

Pearson, a Township of Langley firefighter, first came up with the idea for a row-a-thon fundraiser while he was working a volunteer firefighter in Washington State.

“Every year, I try to do something for a different veterans charity,” Pearson explained.

A minimum of two rowing machines rowed consecutively for 24 hours straight in one-hour blocks, with rowers taking turns at the Fort Strength gym in Walnut Grove.

The goal was for participants and teams to raise money and challenge themselves and each other by raising the most money and rowing the most distance.

One donor, Susan Wrayton, whose son is a firefighter, made a single contribution of $10,000.

Supporters can still make contributions after the event by going to the “Township Of Langley Firefighters 24-hour row-a-thon” GoFundMe page.