Suaad Sharif was a social worker in her homeland of Iraq.

But she and her husband knew they could no longer stay in the region due to political and social problems, including war, injustice, corruption.

One of the first things they did when they and their children settled in Langley in 2016 was a computer search.

“Okay, let’s Google any community service around to help newcomers and refugees,” Sharif said. “We found Langley Community Services on the first page.”

Her husband received help with job search and resume, then she started programs through the organization that is marking its 50th anniversary this year.

“I started attending a small conversation English class and one of the settlement employment [workers] advise me that because I can speak Arabic and Kurdish, say ‘Oh, I have some clients who struggle with English’.”

She started volunteering, but she had to backburner that temporarily while taking classes through New Directions English Language School to learn English.

Then LCSS sent Sharif a job posting which turned out to be perfect, a casual worker who could speak Arabic to help newcomers. She knew about the services as a client. Now she’s a staffer.

“My heart is here to help immigrants, because I have been in their shoes,” she said.

She explained that trying to built a new life in a new culture, with a new language one doesn’t speak, is difficult and the programs of LCSS make a huge difference.

“When I came to Canada… they just accept you,” she said. “I felt belonging here, with LCSS. I want to give it back to this community. Even if they don’t pay me, I would pay them, just give me a job.”

Now Sharif is a social worker in Canada, although her technical title is family and youth counsellor.

The organization has been throwing people a lifeline for five decades.

In the 1960s, Langley’s growth brought the need for more social services. Rev. Gordon Holtby, of Sharon United Church in Murrayville, was on the provincial Family Courts Committee which was concerned about families. The committee envisioned an organization that could help families before they became embroiled in the legal system and before juveniles got into trouble.

He and 25 other volunteers formed the Langley Family Services Society which would become LCSS. The first office was above the Rexall Drugs at 20459 Fraser Hwy. Within that first year, the group had 903 calls from people in distress, another 331 calls about legal and community resources, and 294 inquires about Christmas hampers. The group also did 118 counselling interviews that first year.

In 1977, the name was changed to Langley Family Services. It offered volunteer-led parenting groups, and drug and alcohol counselling.

With more space came more programs, everything from transactional analysis (a type of therapy) to weight loss workshops.

Christmas hampers had started in 1971 and the agency launched the Lower Mainland’s first food bank in 1983, a crisis line in 1992, and a volunteer bureau in 1998.

Accreditation came in 2003. In 2005, the barn was lost to fire. Later, a teen boy and teen girl were found to have started the fire which caused more than $1 million in damage. Board chair Rebecca Darnell convinced the judge to allow alternative justice. The teens would actually end up being helped by the very people impacted by the fire. The girl was sentenced to 100 hours of community service, which she did at LCSS.

– Early learning for refugee and newcomer children and their caregivers

– Community counselling for any resident 16 and older

– Skills to Success is the youth employment program

– Intensive case management is a team of experts to help those 19 and older with medical, psychiatric, housing, and other issues

– Poverty law advocacy for those who can’t afford legal help

And all the programs and services are available to Langley residents at no cost.

To mark the 50th anniversary, LCSS hosted a gathering on Monday, June 6, with community stakeholders, politicians and invited guests.

Kwantlen First Nations chief Marilyn Gabriel led a group that offered prayer songs, and she spoke to the crowd, thanking those who have over the years worked to make the community a better place and those who continue to do so.

She said people should participate in their community and also encouraged people to learn from each other.

“Don’t be stingy with your knowledge,” Gabriel said.

Executive director Sanjeev Nand said Langley is an emerging community, compared to other Lower Mainland municipalities which have already done through some growing pains, so LCSS can look to them to see some of what is coming. For instance there will be more local high-density housing which creates a need for more schools and more services.

LCSS offers so many services, but Nand said more programs will be needed as LCSS heads into the future. He noted that the society has inter-generational clients.

“We’ve got so many great stories like that because we’ve been around so long,” Nand said. “We’ve got moms who accessed our child-care services when they were a child, and coming and accessing our services.”

Bev Dornan has been on the LCSS board for about three years, but as a longtime resident, has seen the organization’s work over many years, a key reason why she wanted to be involved.

The organization has changed as society has changed over those 50 years, but she is confident LCSS will continue to evolve in the future to remain relevant to the community it serves.

“Whatever the community needs, we try to find the programs that will help,” she said. 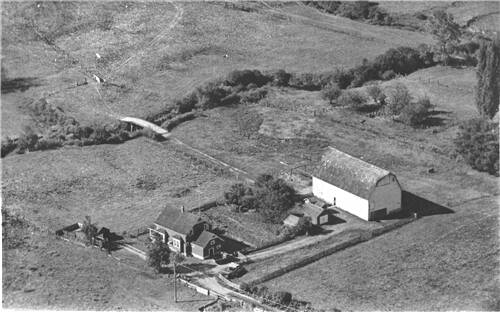 Langley Community Services Society initially worked out of a barn that was built around 1916. (LCSS photo/Special to the Langley Advance Times) 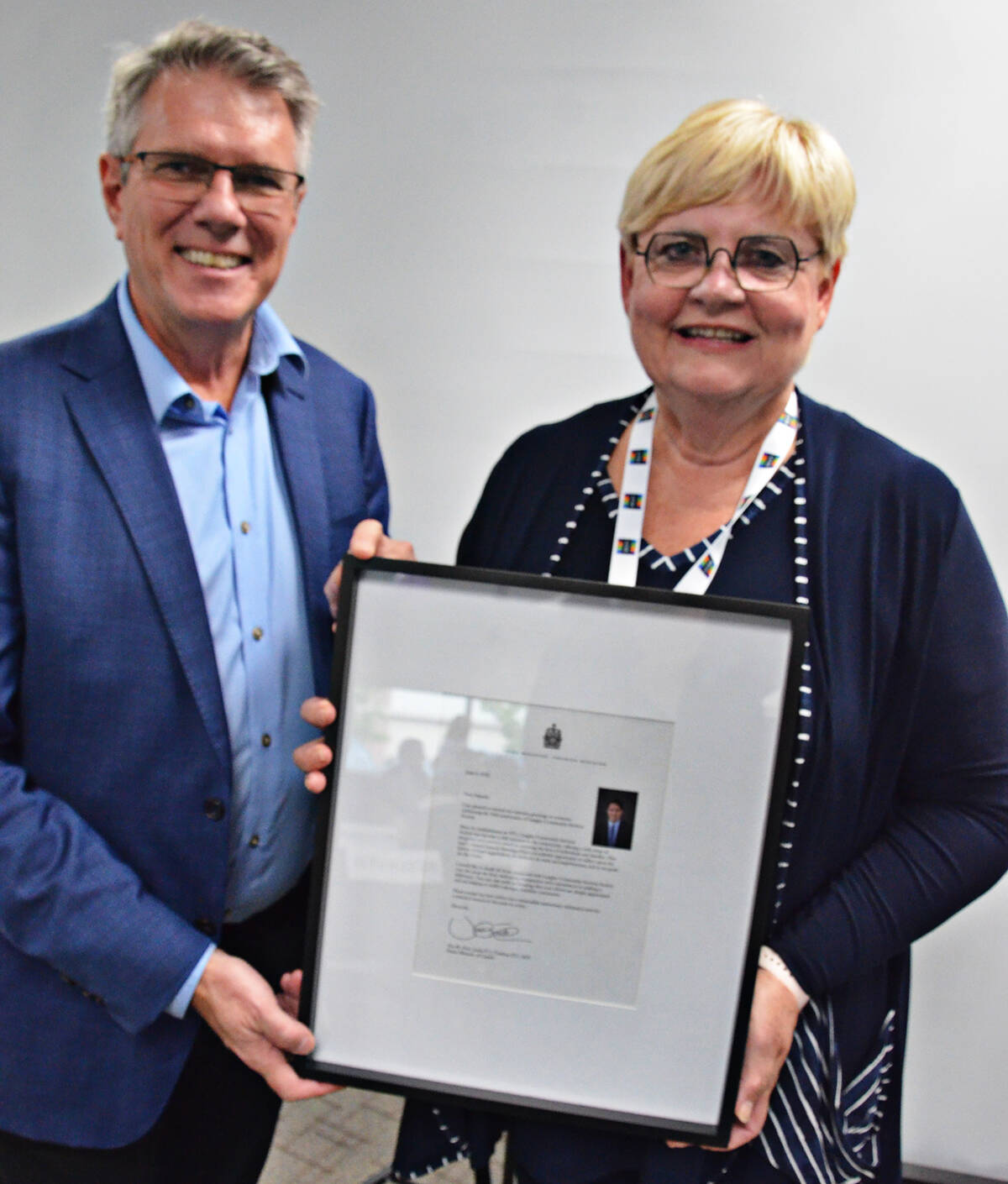 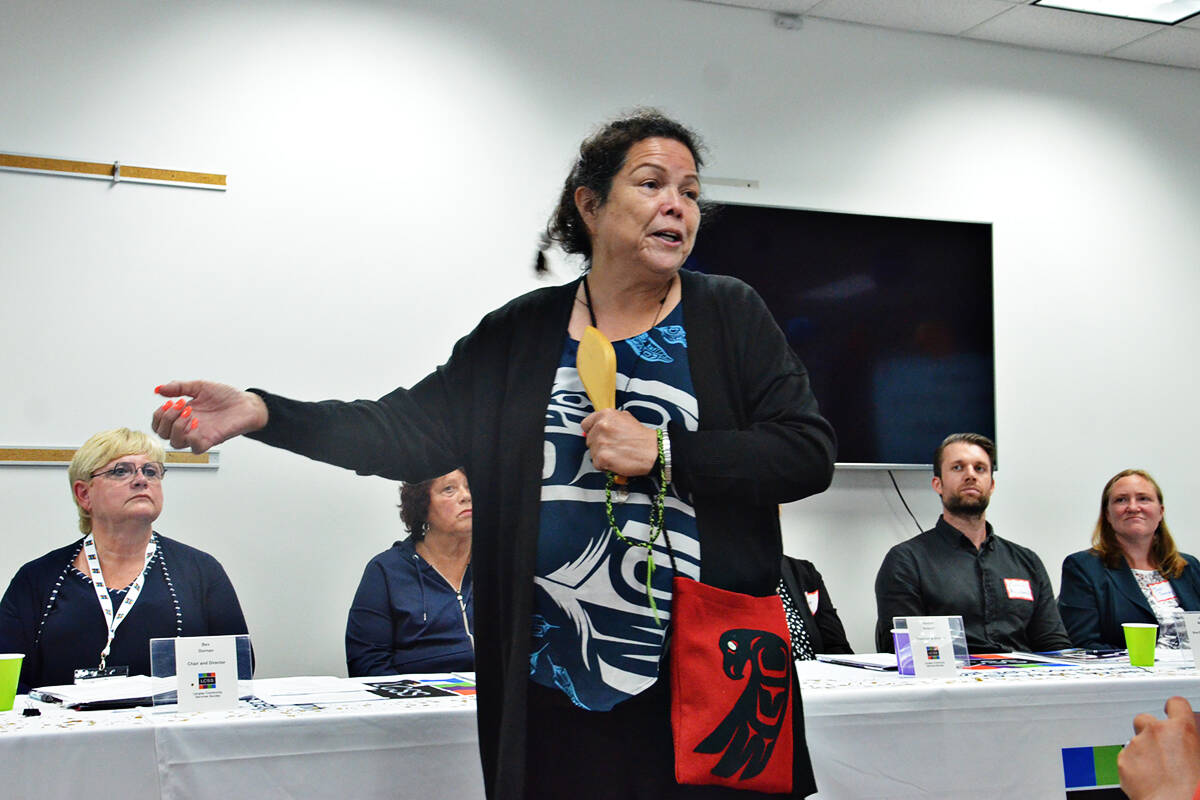 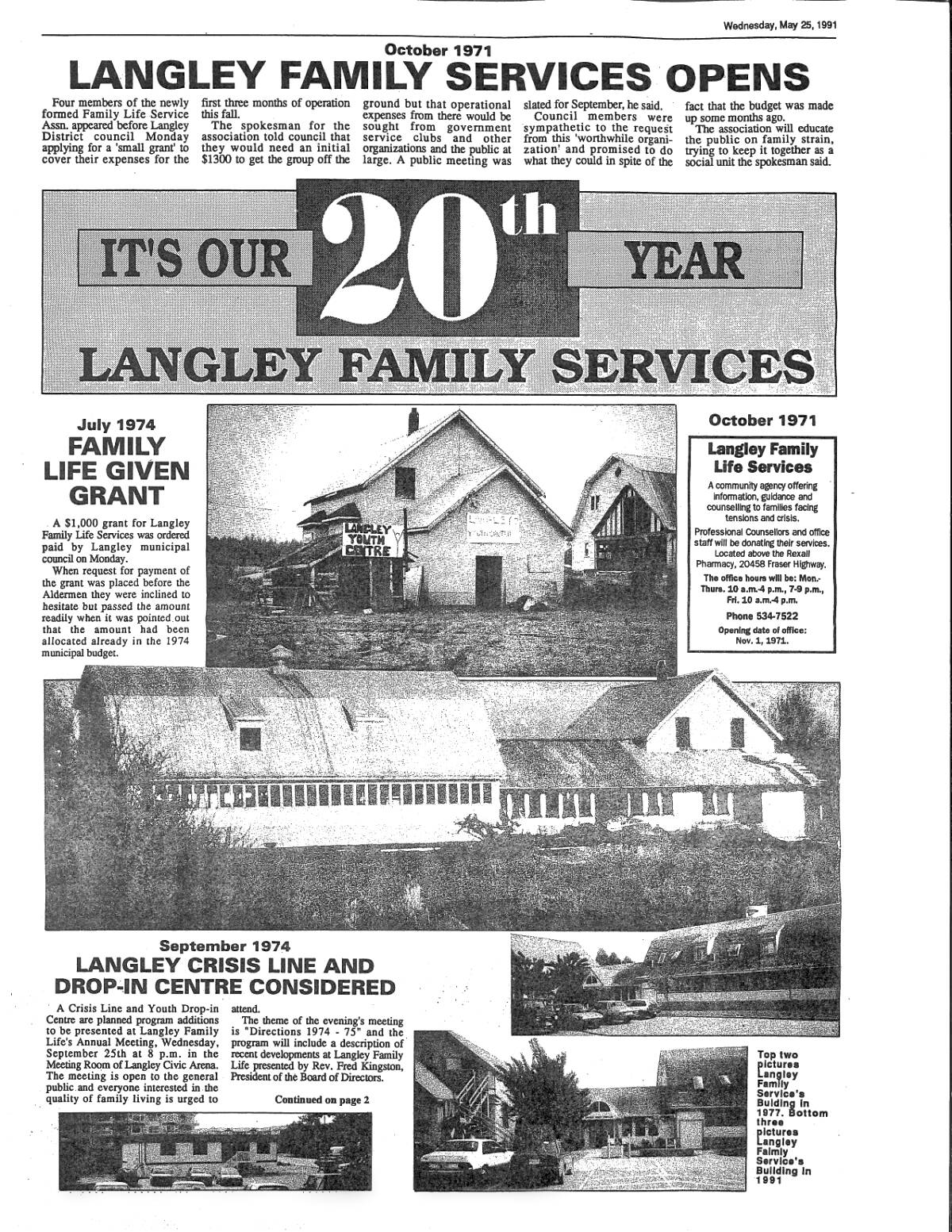 The programs and services offered by the organization have evolved and expanded over the years. LCSS was profiled for its milestone 20th anniversary in 1991. (LCSS/Special to the Langley Advance Times) 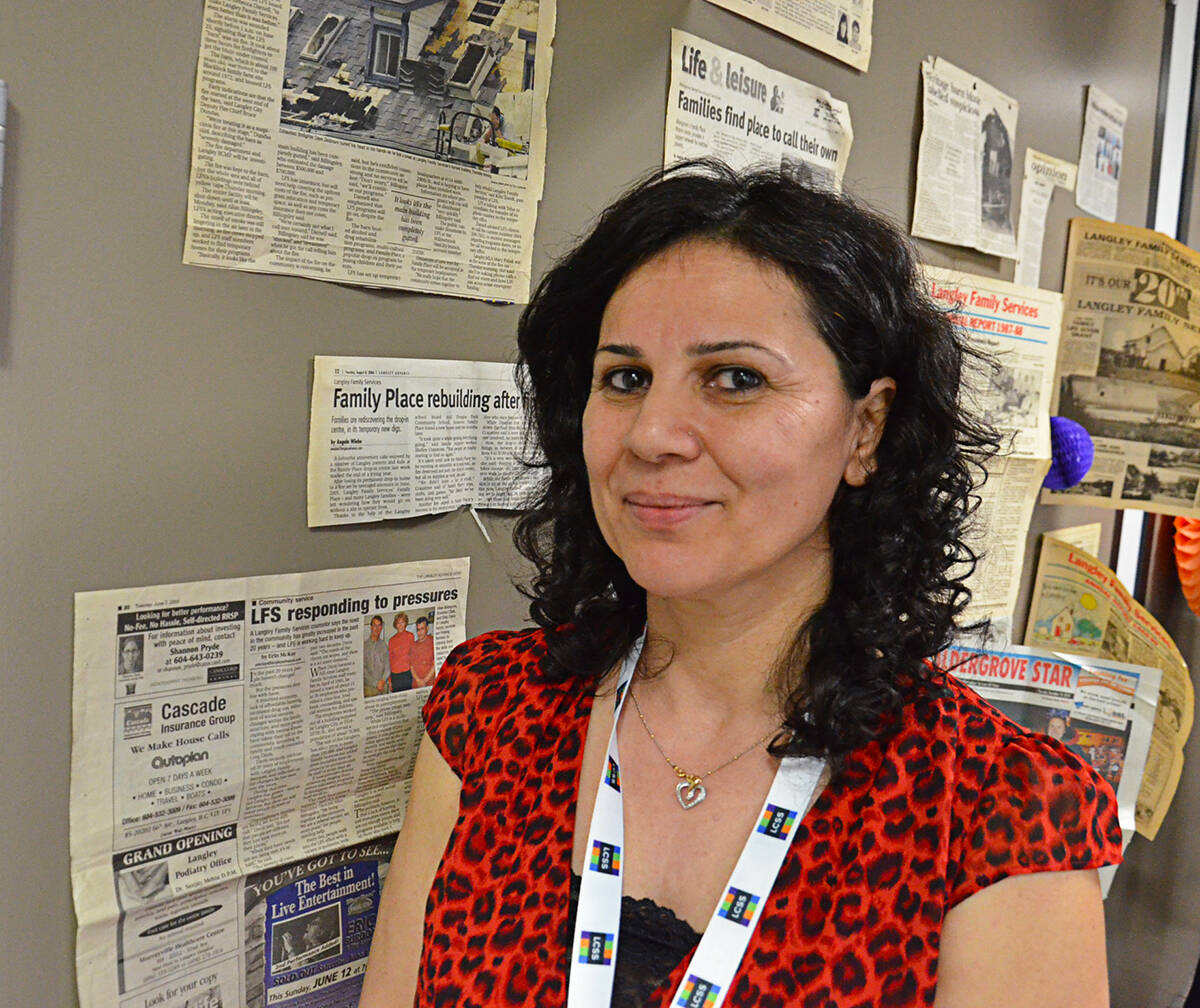 Suaad Sharif is a family and youth counsellor at Langley Community Services Society. She started out as a client, after arriving in Canada from Iraq in 2016. (Heather Colpitts/Langley Advance Times)

Aldergrove school brings community together for fun and games