A pleased Chris Bayliss surveyed the rapidly-growing pile of toys in the parking lot of the Langley Events Centre field house on Sunday, Nov. 1.

“It’s a glorious day,” smiled Bayliss, the executive director of the Lower Mainland Christmas Bureau, (LMCB) the agency that works to help families in need over Christmas.

It was the 37th annual Kruise for Kids toy drive and fundraiser.

Doug Gale, of the Greater Vancouver Car Club Council, one of the volunteers on hand to collect donations, was happy with the response from Lower Mainland car clubs.

By the end of the day, about 325 toys had been donated, which was about half the usual number for the event, but “still good” considering the restrictions the car clubs have been operating under, Bayliss said.

About 139 vehicles took part, which was close to average, and the cash donations were on par with previous years, at “north of $20,000,” Bayliss estimated.

Organizers had issued an online appeal before the event, warning the “The LMCB is experiencing a low amount of donations this year due to the COVID situation.”

Because of pandemic crowd limits, organizers had to ditch the the usual format, where drivers, most of them piloting classic, collectible and customized vehicles, make a run to Langley bearing toys and cheques.

Instead, organizers reconfigured the annual event into a drive-through, one that began and ended in the parking lot.

Donors were told to stay in their car for the no-contact event.

Wow! Thank-you to everyone who drove thru the Kruise for Kids Toy drop off today! Can’t wait for the final tally of toys and donations – there are at least 300 toys in this pile! Thank-you, thank-you, thank-you! #kruiseforkids #K4K #lmcb pic.twitter.com/AuFa8ELVur

After handing over their donations, each was to get an event shirt and decals.

This year, the shirts had a motto of “be calm and cruise on” with an image depicting Santa standing between a customized car and truck with a picture of Rudolph the red-nosed reindeer in a protective mask.

There were no door prize giveaways this year and the awards for best decorated vehicle and best club turnout were to be announced later.

The annual Kruise for Kids is believed to be the longest running auto-based charitable event in North America.

Each participant is asked to donate one brand new toy, unwrapped, and make out cheques payable to the “Lower Mainland Christmas Bureau.”

Donations go directly to the LMCB, which distributes its toys and donations to the Christmas bureaus in the various communities, including the Langley Christmas Bureau.

Originally established in 1930 as the Christmas Exchange, the bureau is a a registered non-profit organization that serves as a centralized, year-round warehouse for toys and gifts to be gathered, sorted, stored and shipped to Christmas bureaus and community agencies in Metro Vancouver, shipping up to 100,000 items every year.

Donations can be made online at www.lmcb.ca/donate. 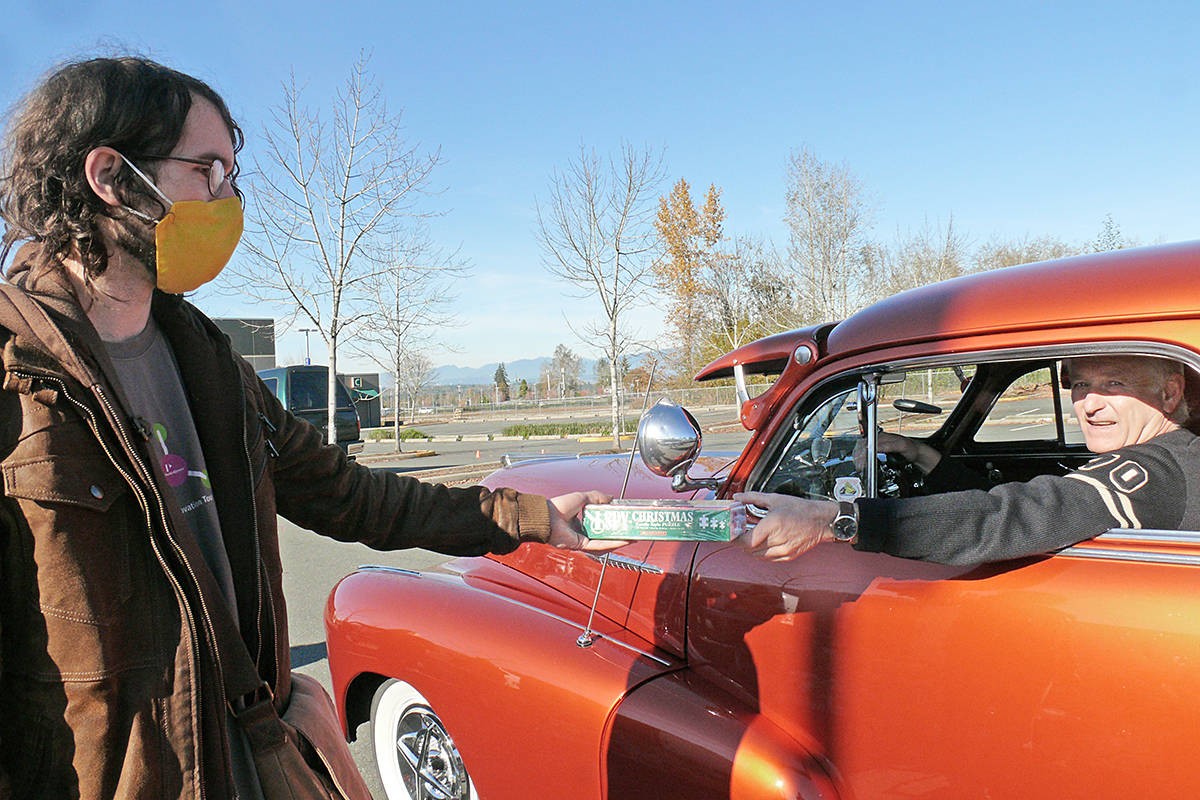 A driver dropped off a donation Sunday, Nov. 1, 2020 at the 37th annual Kruise for Kids toy drive and fundraiser held at the Langley Events Centre for the Lower Mainland Christmas Bureau(Dan Ferguson/Langley Advance Times) 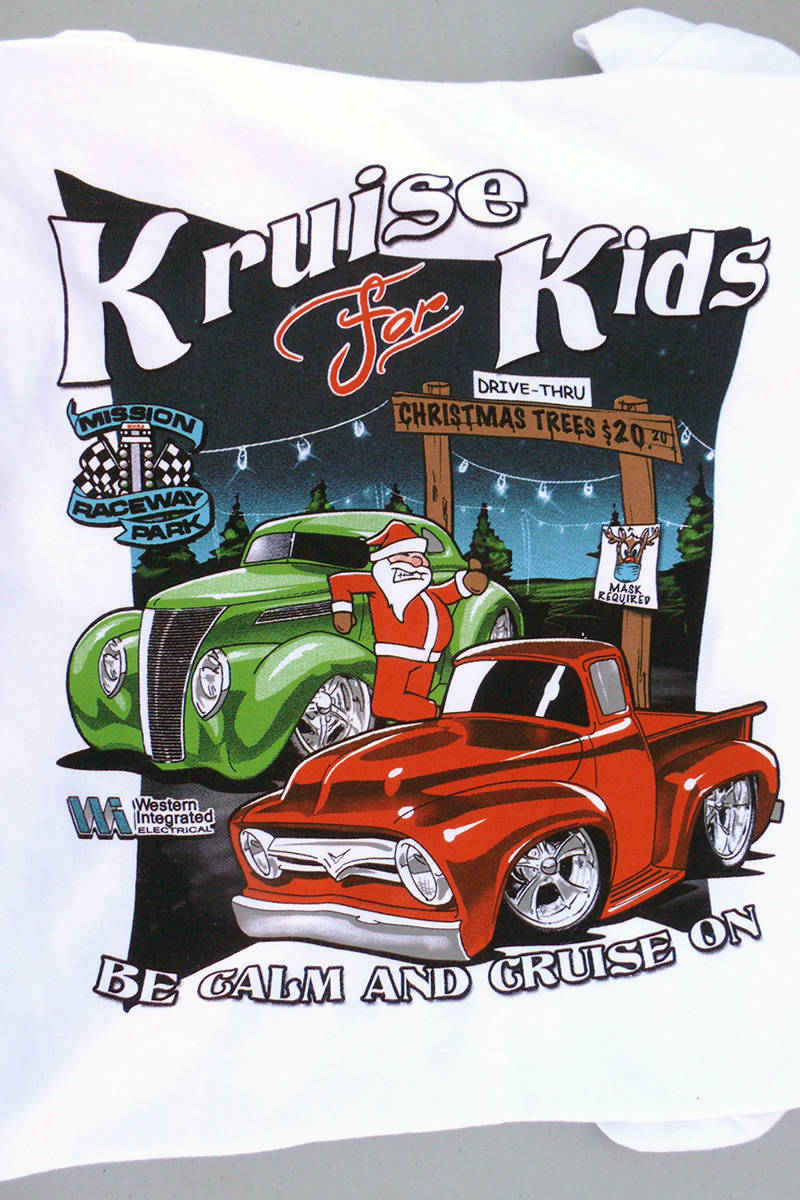 A COVID message was added to the t shirts given participants in the Sunday, Nov. 1, 202037th annual Kruise for Kids toy drive and fundraiser held at the Langley Events Centre for the Lower Mainland Christmas Bureau(Dan Ferguson/Langley Advance Times)