Word is getting out about the Volunteer Cancer Drivers Society (VCDS), spokesperson George Garrett was explaining.

What’s good about that is it is helping the non-profit raise money to cover the costs of providing free rides for cancer patients to and from hospital.

But a higher profile has also meant increased demand, Garrett noted, and that requires events like the Sunday by-donation car wash at Langley Chrysler on the bypass, where Garett was one of the volunteers, taking donations and directing traffic.

Among the volunteers soaping and rinsing cars was Daryl Giesbrecht, a retired truck driver from Brookswood who has been volunteering as a driver for the past two years

“”I read about it and I just wanted to help,” Giesbrecht told the Langley Advance Times.

Langley City Mayor Val van den Broek put the roof up on her convertible for the car wash.

“It’s really important,” van de Broek said of the VCDS. “It’s nice to have someone to rely on [when dealing with cancer].”

Total amount raised was $1,566, Garrett estimated, which will double, thanks to a matching donation by an unnamed supporter.

That was still down from last year, when a matching donation and an additional contribution of $15,000 boosted the total car wash take to $20,000.

Garrett wasn’t sure why the total was down, but he said the charity is in good shape, thanks to a general increase in donations that are enough to cover operating costs for six months, plus a reserve fund if they run out.

Its most recent large donation, $20,000 from the Langley-based First West Financial last week, was the largest “single-year” donation the charity has ever received, Garrett shared. 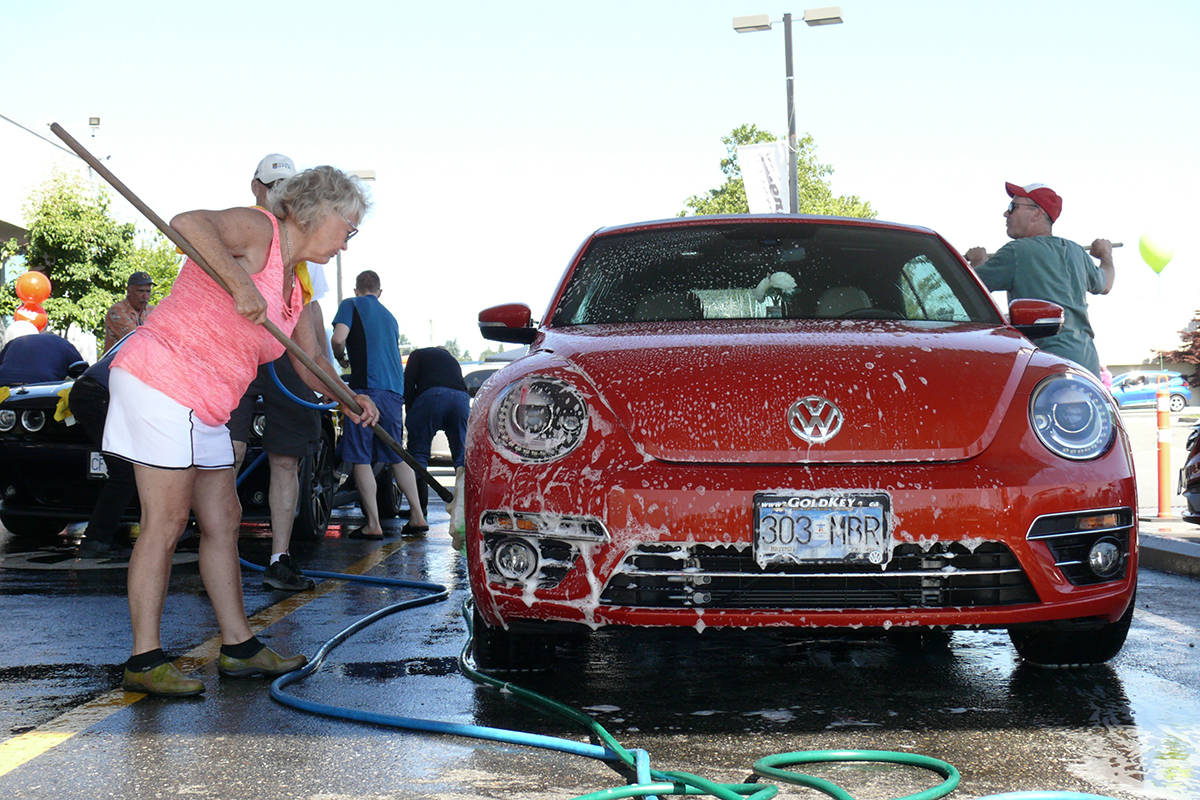 Countdown starts to 2020 BC Summer Games