“It was so successful, it’s hard to say no to doing it again,” van den Broek told the Langley Advance Times following the Saturday, Jan. 25, event at the Langley Cascades Casino Resort to raise funds for the Langley Memorial Hospital (LMH) Foundation.

About a week after it was announced, the event was completely sold out, so more tables were added.

While an exact tally will not be known for at least a week, because more donations are coming in, a very rough preliminary estimate places the amount at more than $30,000.

The event was a tribute to the mayor’s late mother, Pauline Audet, who had three open heart surgeries.

“She fundraised a lot for the Open Heart Society, and I figure it’s my time to take over fundraising,” van den Broek shared.

“She loved snow, so that’s why we have a winter wonderland theme.

“The music is all her favourite music, the fresh flowers [are because] she loved gardening,” van den Broek explained.

The gala was in partnership with the RCMP.

When van den Broek thought about holding a mayor’s gala, and was pondering community partners, she saw the local police as “a natural fit.”

She first started as a volunteer with the Langley RCMP in 2001 and a few years later joined the civilian staff.

It was a chance for officers to dress up in red serge, and for civilians to dress in their best formal wear.

Following a cocktail reception with wintry-blue drinks, there was dinner, live and silent auctions, and dancing to the music of Langley’s “The Damn Chandeliers.”

More photos of people at the event can seen online. 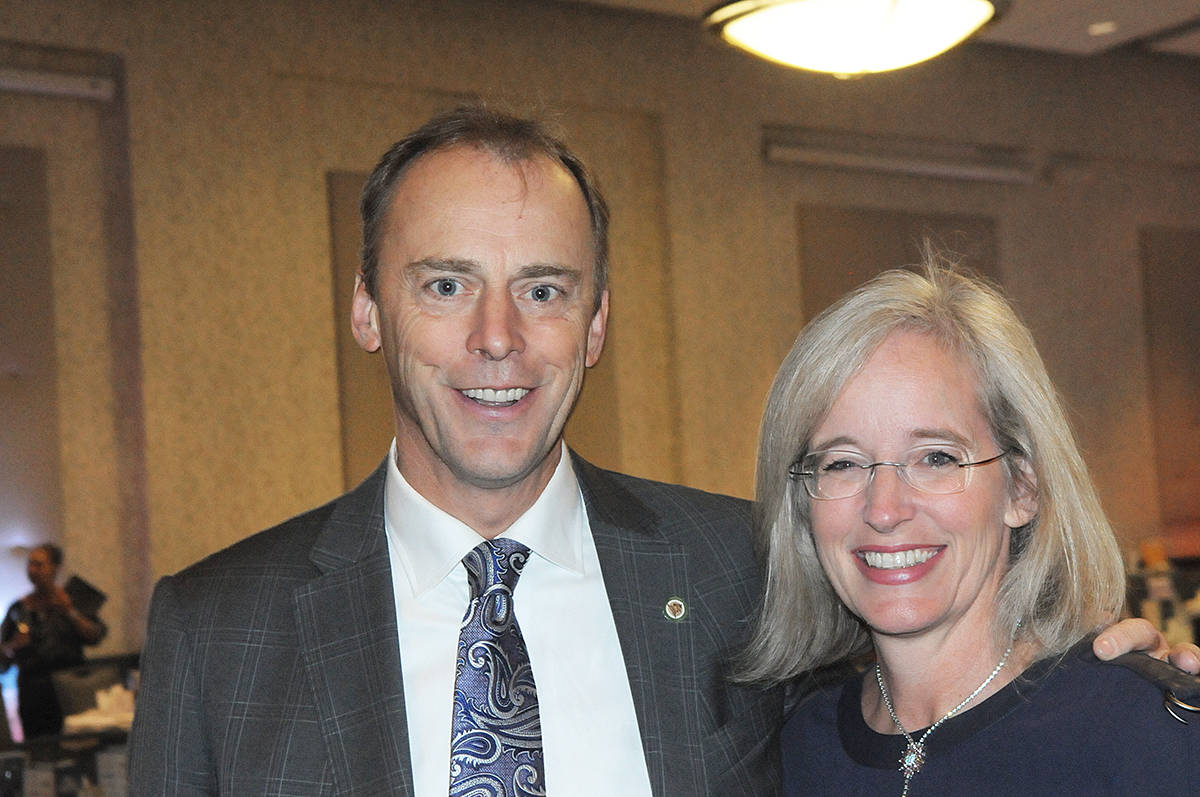 Cloverdale-Langley City M.P. Tamara Jansen and husband Byron were among the attendees at the first “Winter Wonderland” fundraiser at the Cascades Casino and Resort on Saturday, Jan. 25 (Dan Ferguson/Langley Advance Times) 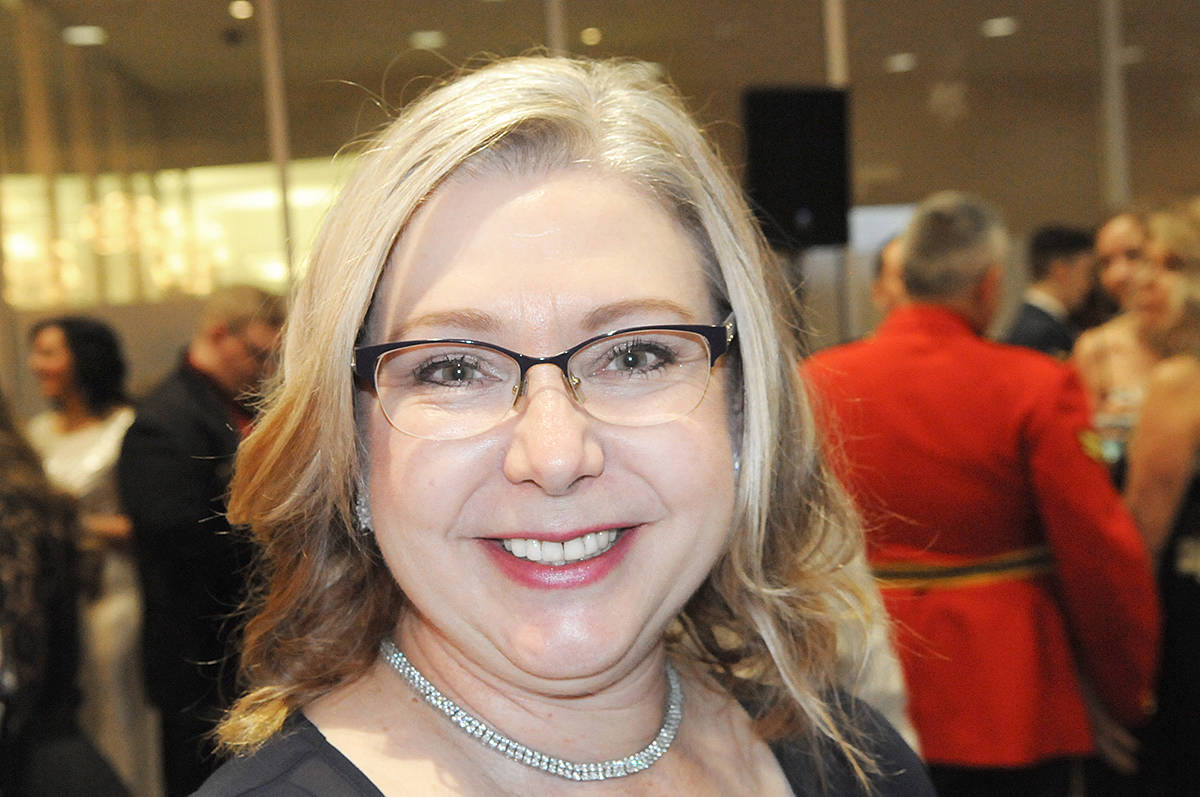 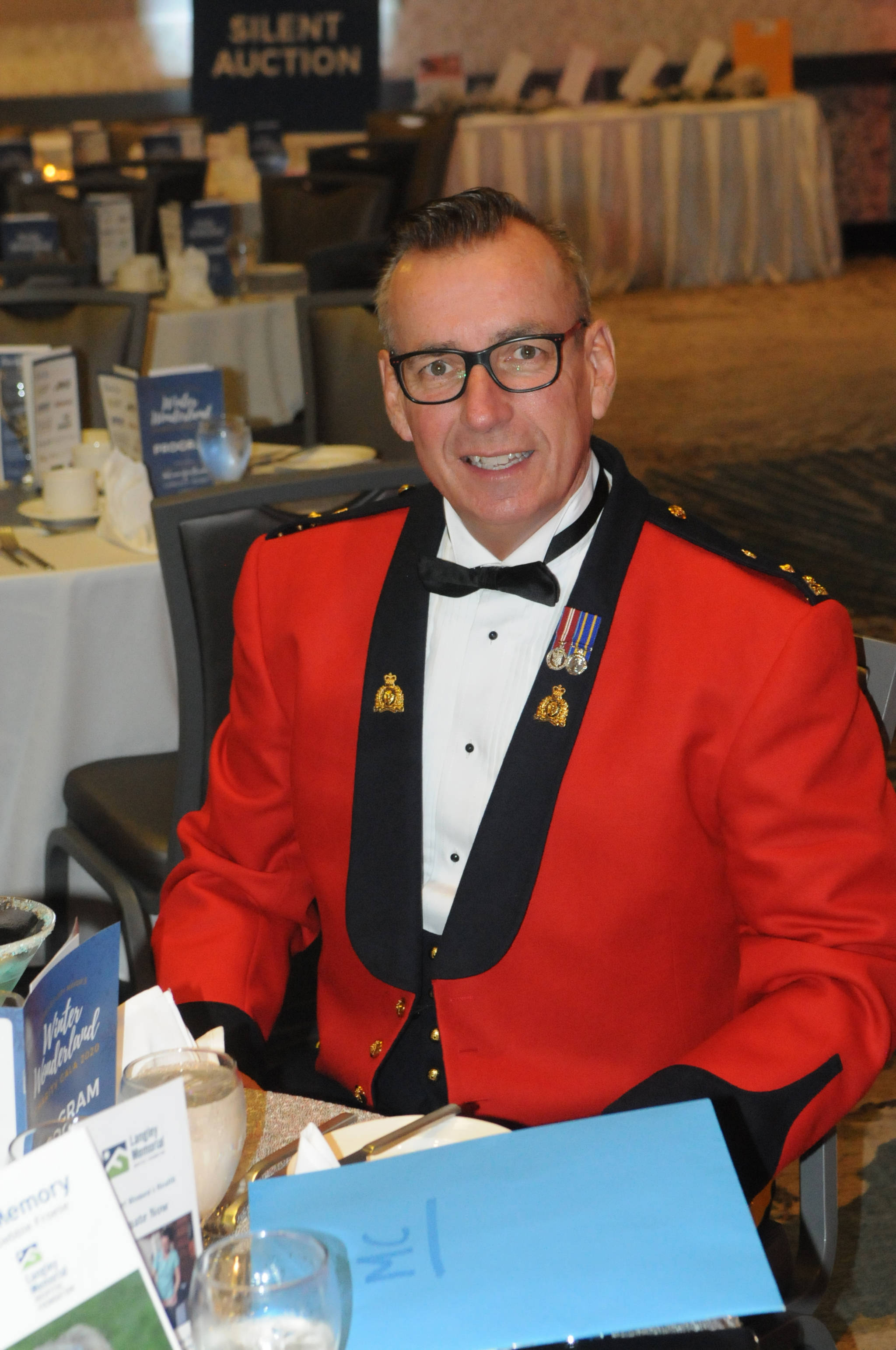 Langley RCMP Supt. Murray Power was one of several officers who attended the “Winter Wonderland” fundraiser held at the Cascades Casino and Resort in Langley City on Saturday, Jan. 25 (Dan Ferguson/Langley Advance Times) 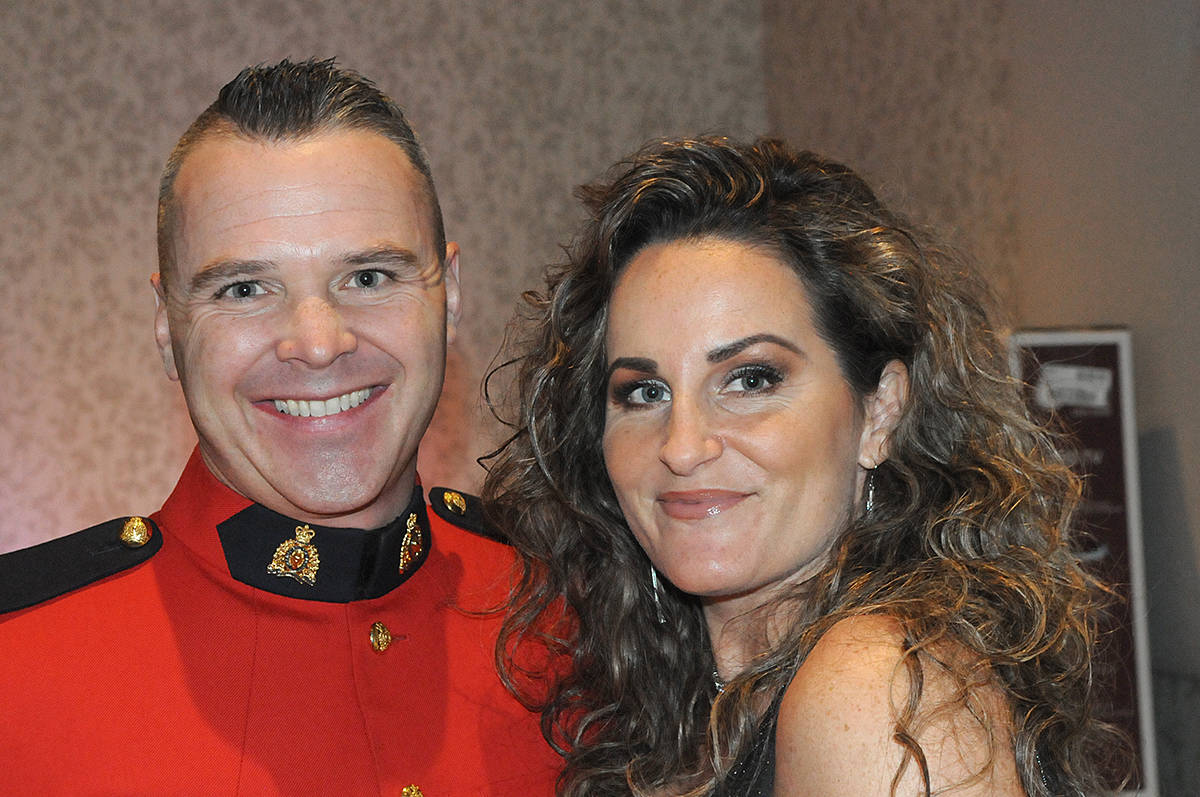 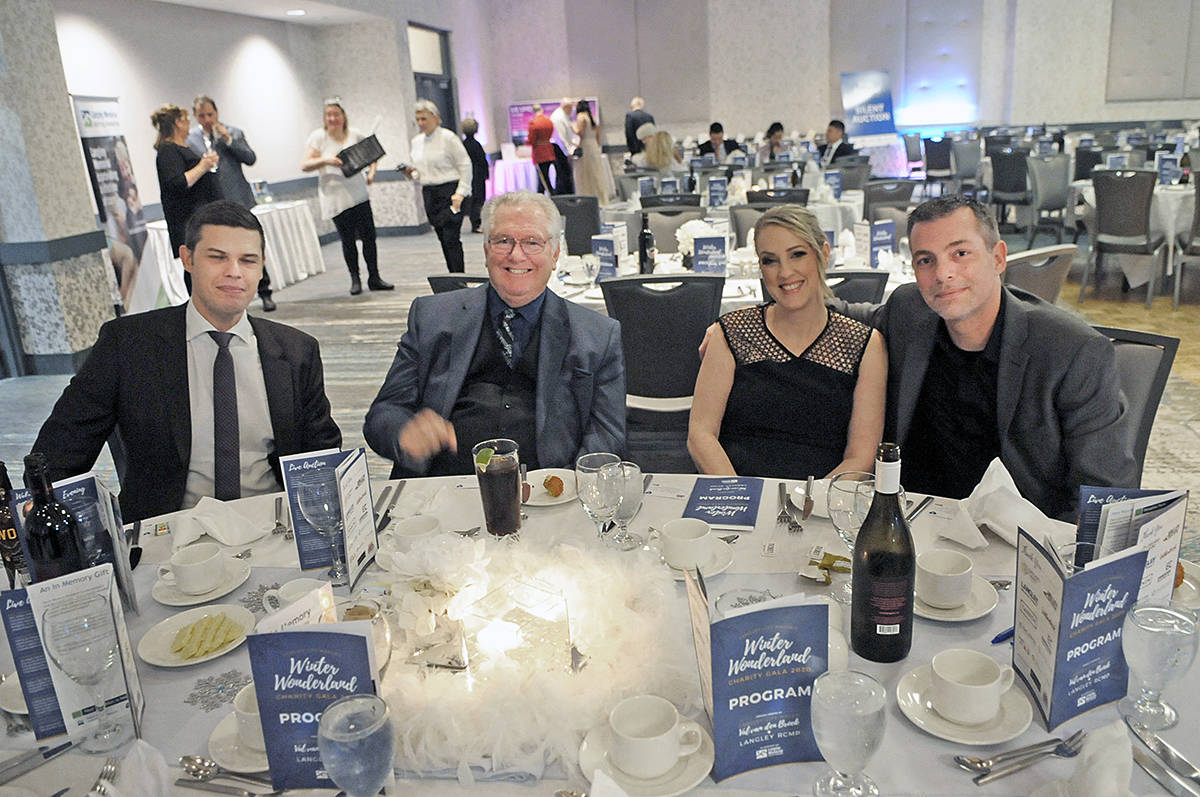 The first “Winter Wonderland” fundraiser held at the Cascades Casino and Resort in Langley City on Saturday, Jan. 25 was a success, selling out in the first week, leading organizers to add tables. (Dan Ferguson/Langley Advance Times)