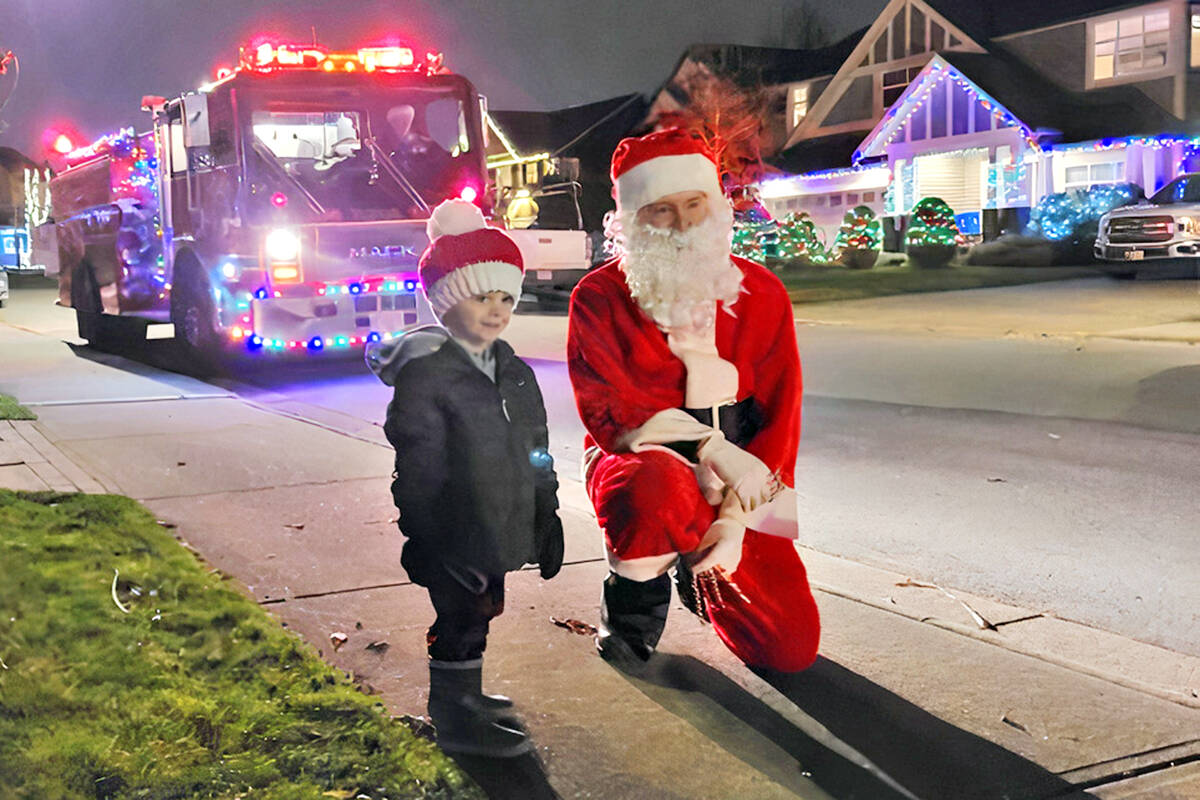 It took firefighters and Santa an hour longer than expected to complete the Aldergrove candy cane run on Friday, Dec. 17, because there more people than ever wanting to see the jolly old elf and make donations to the food bank. (Special to Langley Advance Times) 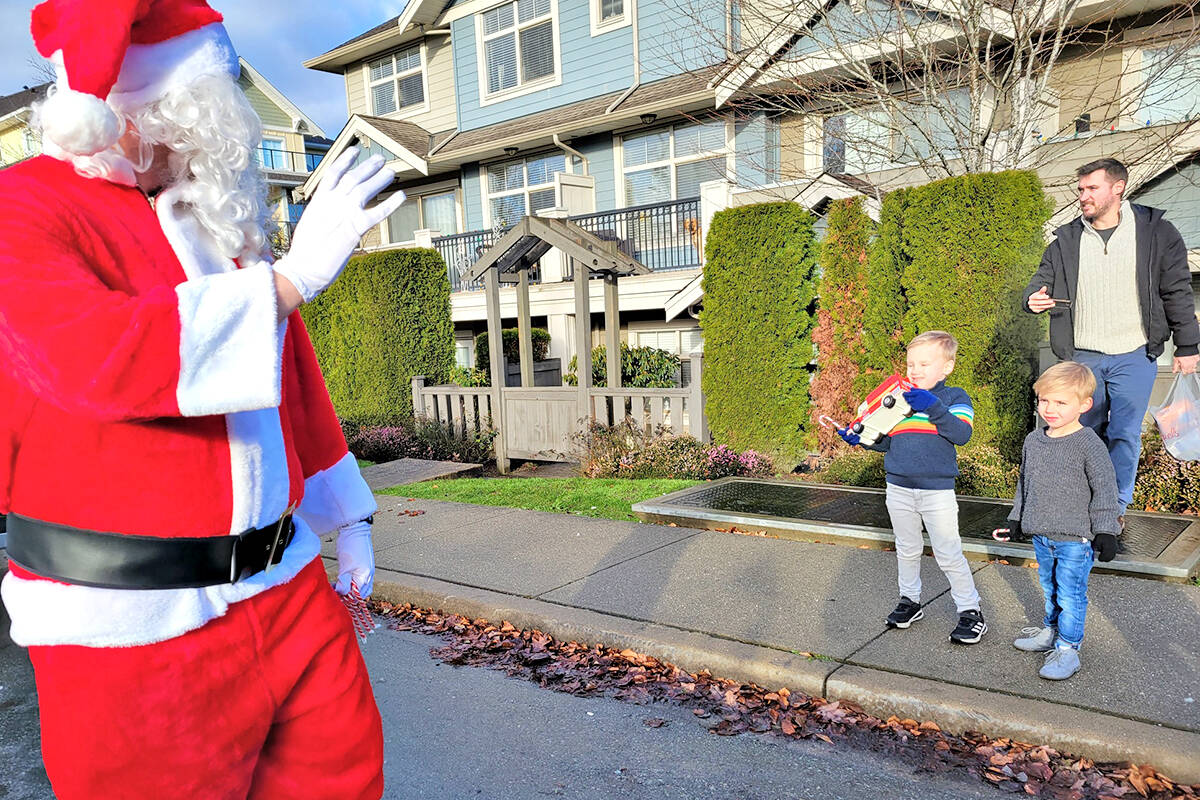 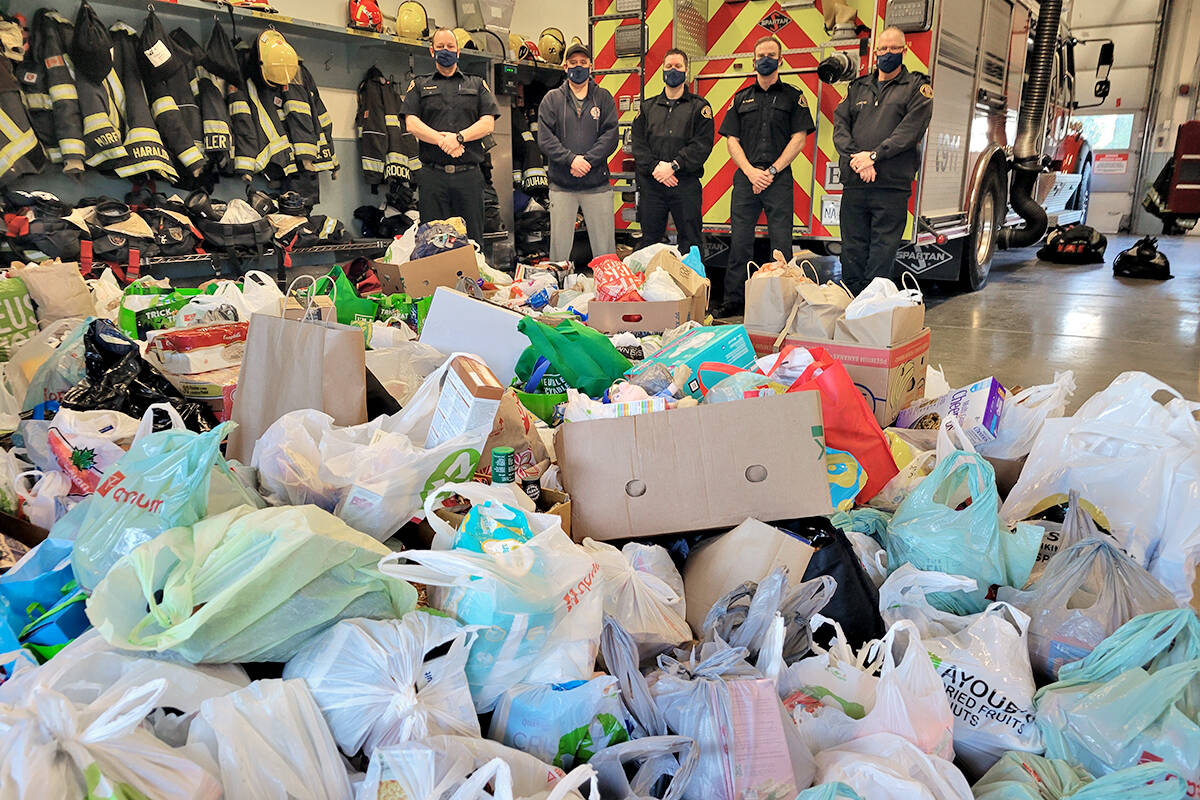 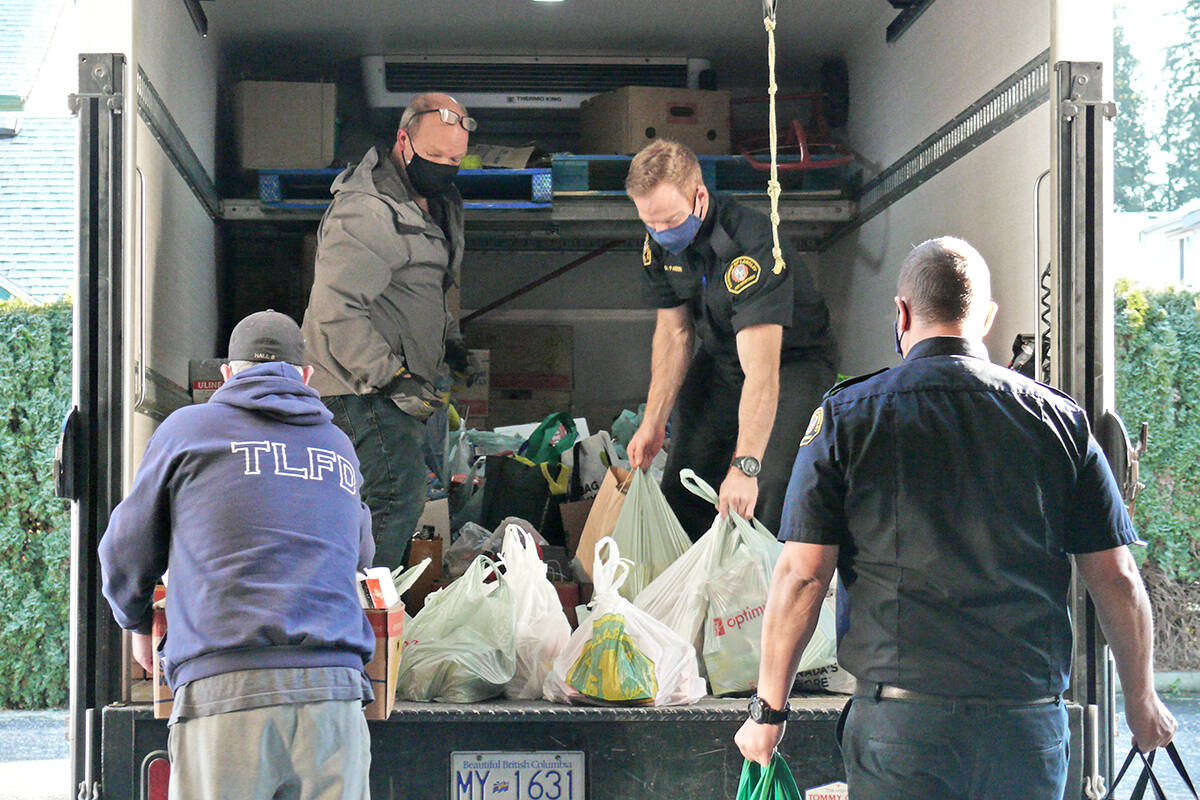 It took firefighters from the Aldergrove fire hall longer than expected to complete a Friday, Dec. 17, circuit of the community to hand out candy canes and collect donations of cash and non-perishables for the food bank.

That was because there were more people than ever lining up along the route, said Steve McLay, a director with Township of Langley Firefighters’ Charitable Society.

“I think it took an extra hour,” McLay estimated.

“There was definitely more people out.”

It was the third year of the candy cane run in Aldergrove, revived after a long absence in 2019.

McLay explained there had been some doubt about the event taking place this year during the latest phase of the pandemic, but by implementing COVID-19 precautions, including masks and social distancing, organizers decided to proceed.

“The paid-call members from the firehalls are the one who are spearheading it,” McLay observed.

On Sunday afternoon, brothers Oliver, 3, and Charlie, 5, were waiting by a bag of donations for Santa to exit the Murrayville fire hall.

Charlie was holding a toy fire truck, which immediately drew Santa’s attention, as he walked past, escorted by firefighters and accompanied by a restored fire truck belonging to the charity.

“Do you want to be a firefighter?” Santa asked, getting a smile.

Murrayville paid call Capt. Peter Taylor said the event “just grew” from a candy cane run into collecting donations when people along the route asked if they could donate.

“We look forward to it every year,” Taylor commented. 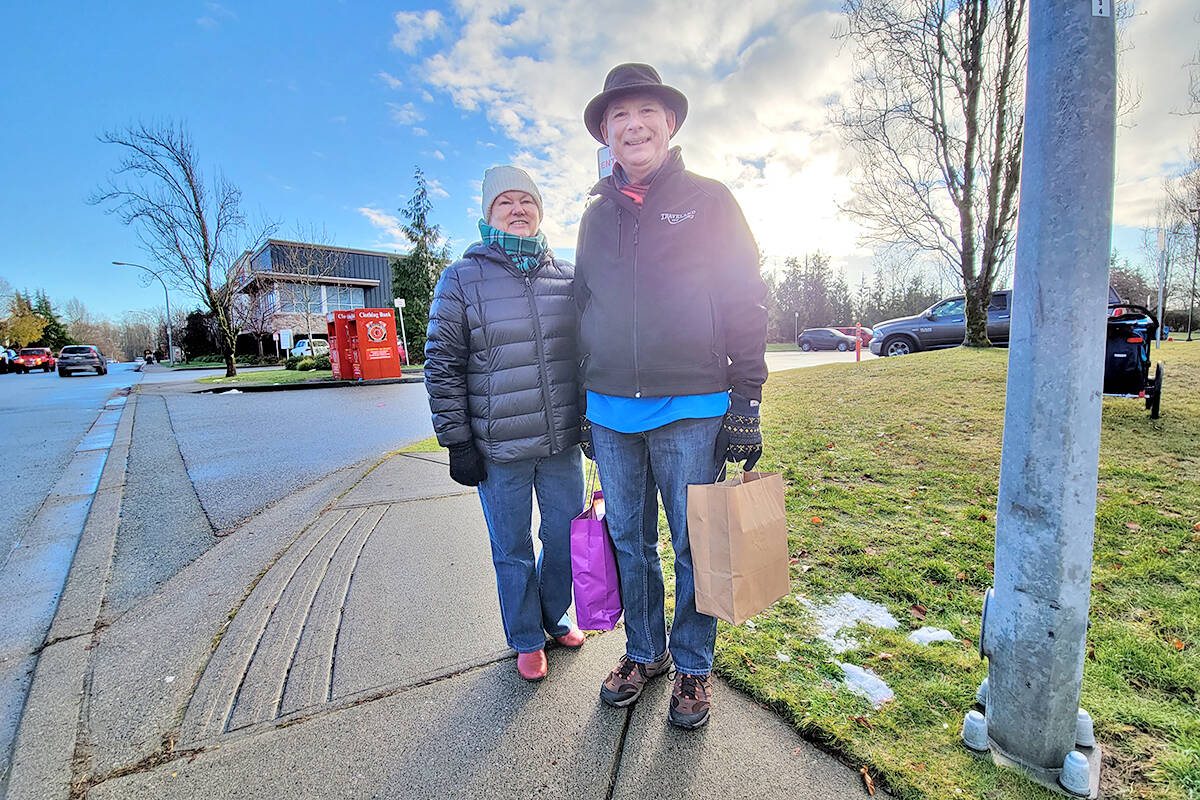 Wayne and Lois Carsience, who had just moved to Murrayville in April, were waiting with donations for the Santa Claus candy cane run on Sunday, Dec. 19. (Dan Ferguson/Langley Advance Times)

They had packed banana boxes to help pack the donations, but quickly ran out.

The next morning, paid call Lieut. Geoff Harris was on the phone, letting the Sources Langley Food bank know they would need “a fairly big truck.”

The donations filled up more than a third of the Sources cube van, enough for several months, the food bank estimated.

“It’s the most I’ve seen in 10 years,” Harris told the Langley Advance Times.

“Every year, it gets bigger.”

There were more people along the route than ever, he said.

“We probably had 15 little ones dressed up as firemen.”

More than $6,500 in cash donations were collected from all five runs, with the biggest contribution, $2,100, coming from residents of Walnut Grove.

SHARE: Not all of us mind the wet weather