Langley pipers and brothers Fergus and Ronan Terry have been playing for hospital staff and patients throughout the Lower Mainland.

As members of the Robert Malcom Memorial Pipe Band (RMMPB), a youth band that is part of the SFU Pipe Band organization, the siblings from Walnut Grove have been part of an ensemble of pipers and drummers entertaining front line workers at various facilities throughout the lower mainland for the 7 p.m. “make some noise” initiative to show support for the people fighting the COVID-19 outbreak.

“It’s positivity in times when people need that most,” commented Fergus, 16.

“For people who might have a tough time,” agreed Ronan, 13.

They estimate they’ve been playing about six years.

A new wrinkle for the pipe band has been the requirement for social distancing.

Playing two metres apart is not the usual way the band performs but the members “have adapted,” said parent Rena Terry, who put out a call to band members asking if they thought they could play for the front line workers.

“The thought was that since the bands competitive season has been cancelled due to COVID-19, it would be nice to be able to help support the front line workers and those most vulnerable,” Terry said.

RMM has performed at the Legion on 224 St in Maple Ridge, Lions Gate Hospital on the North Shore and Royal Columbian Hospital in New Westminster.

Twenty-two years ago, the Robert Malcolm Memorial Pipe Band was founded to honour of two young pipers who died tragically in a motor vehicle accident.

Since it was founded, approximately 2,000 band members “have developed important life-long skills through piping and drumming” the band web page states.

It’s stated mission is “to foster the playing and performing of Scottish music by youth aged 6 to adulthood from all cultural backgrounds. We encourage each child to do the best they possibly can, at whatever level they would like to participate.” 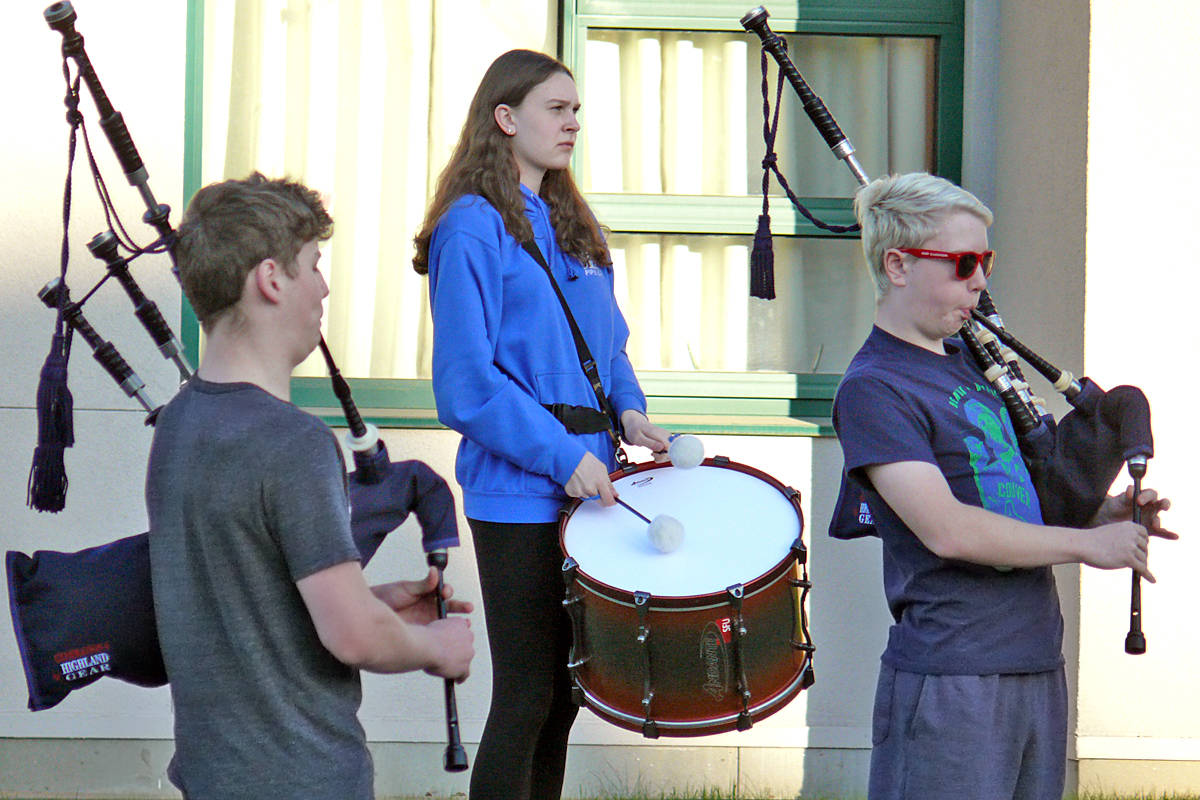 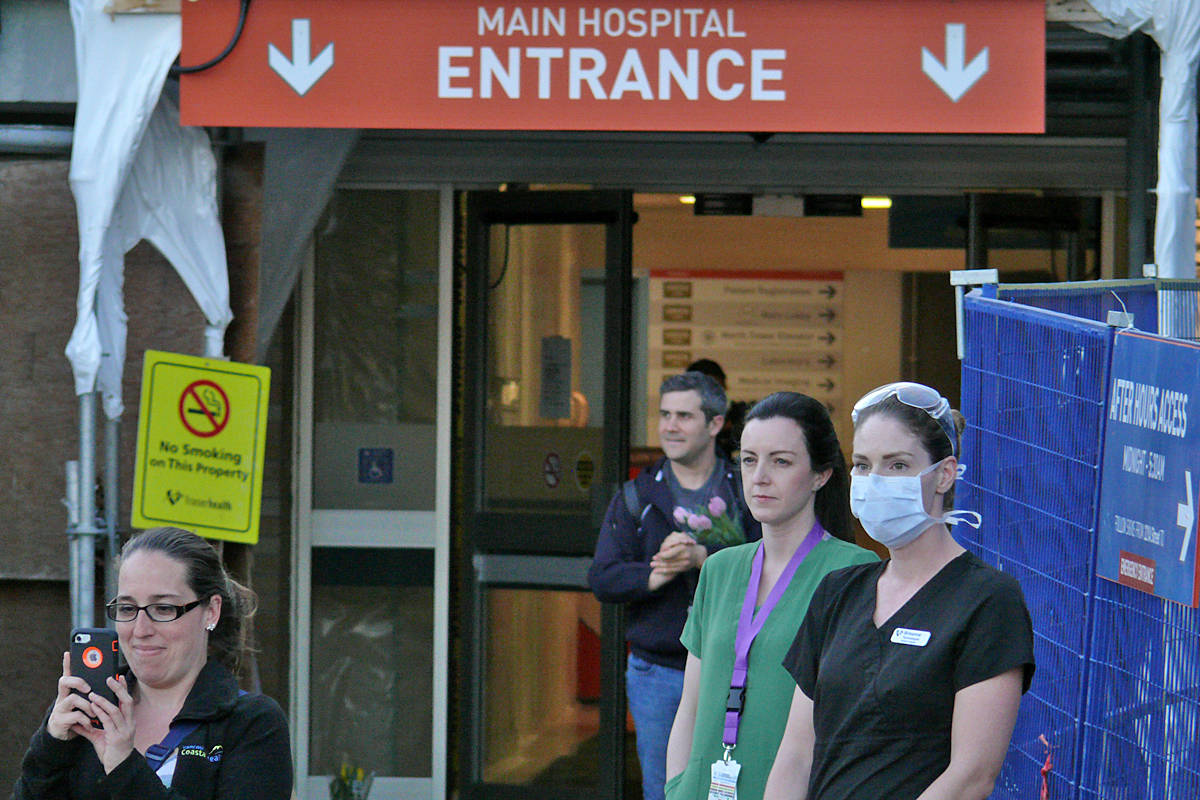 Some staff came out to hear the RMM band perform for patients and staff at Langley Memorial Hospital on Wednesday night, April 15. (Dan Ferguson/Langley Advance Times) 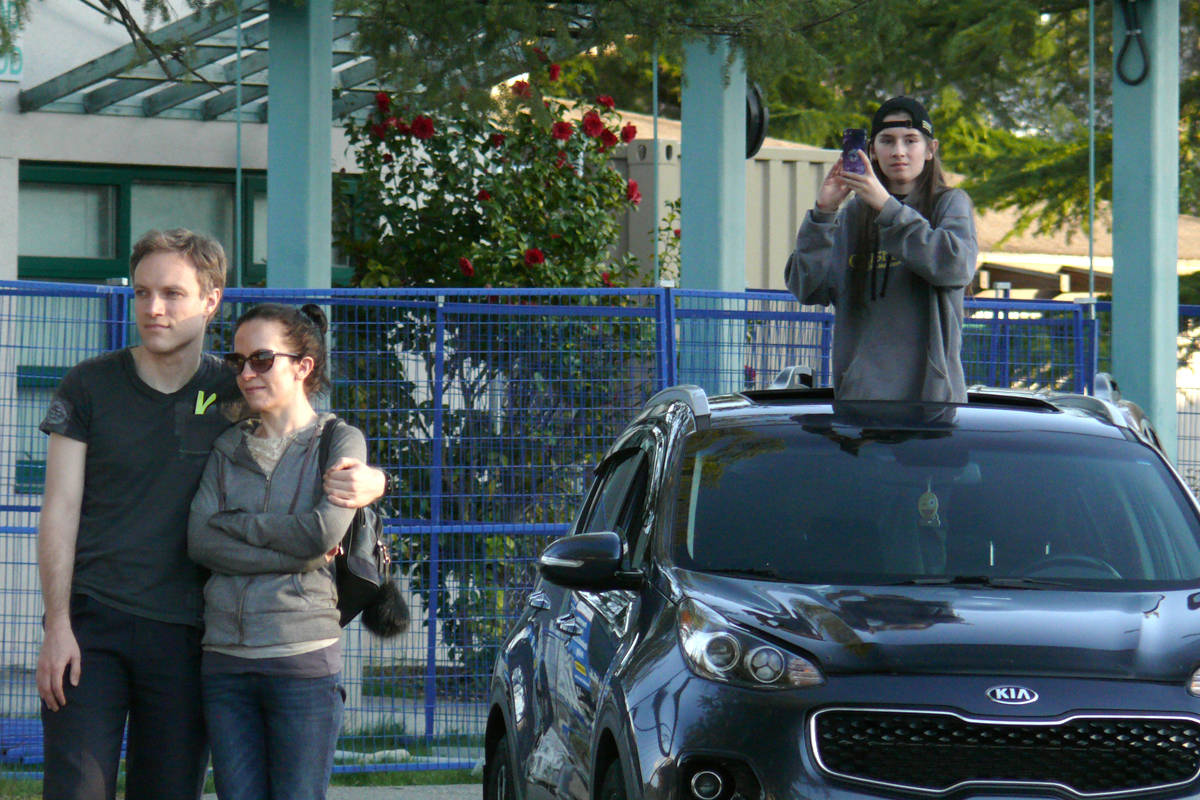 Some of the observers who watched the RMM band perform for patients and staff at Langley Memorial Hospital on Wednesday night, April 15. (Dan Ferguson/Langley Advance Times)

Langley: Sharing our hopes and dreams with others