The people who will respond when the Big One hits or when there’s a disaster in Langley were all gathered at the Emergency Preparedness Fair Saturday at the Kwantlen Polytechnic University Langley campus.

That included many of the expected players – police, firefighters with the City and Township departments, Central Fraser Valley Search and Rescue, and Langley’s Emergency Program staff and volunteers. But it also included some agencies that people may not realize are called into action during and after an emergency or natural disaster such as the Emergency Response Team with its armour-plated tactical vehicle.

The team is an integrated service meaning it works in most Lower Mainland municipalities. It is run through the RCMP and has members seconded from non-RCMP communities such as New Westminster.

Another emergency staff that was on scene with plenty of licks for the kids’ faces was Orca, a new kind of service dog. The Pacific Assistance Dogs Society (PADS) provides the trauma dog which is part of the Langley RCMP’s Client Support and Victim Assistance Services.

Orca has been to crash scenes and crime scenes to provide support to people during traumatic times. She’s even gone to court to support people as they through through the legal system.

Saturday’s emergency fair was a chance for the public to meet the people who would help in a major emergency or natural disaster, learn about the work of the different agencies, and even feel what it was like to experience a 8.0 magnitude earthquake in the Insurance Bureau of Canada’s ShakeZone earthquake simulator.

• Read more about the Langley Emergency Program, tips on how to protect yourself, your loved ones and your property, and about what to do in certain emergencies. 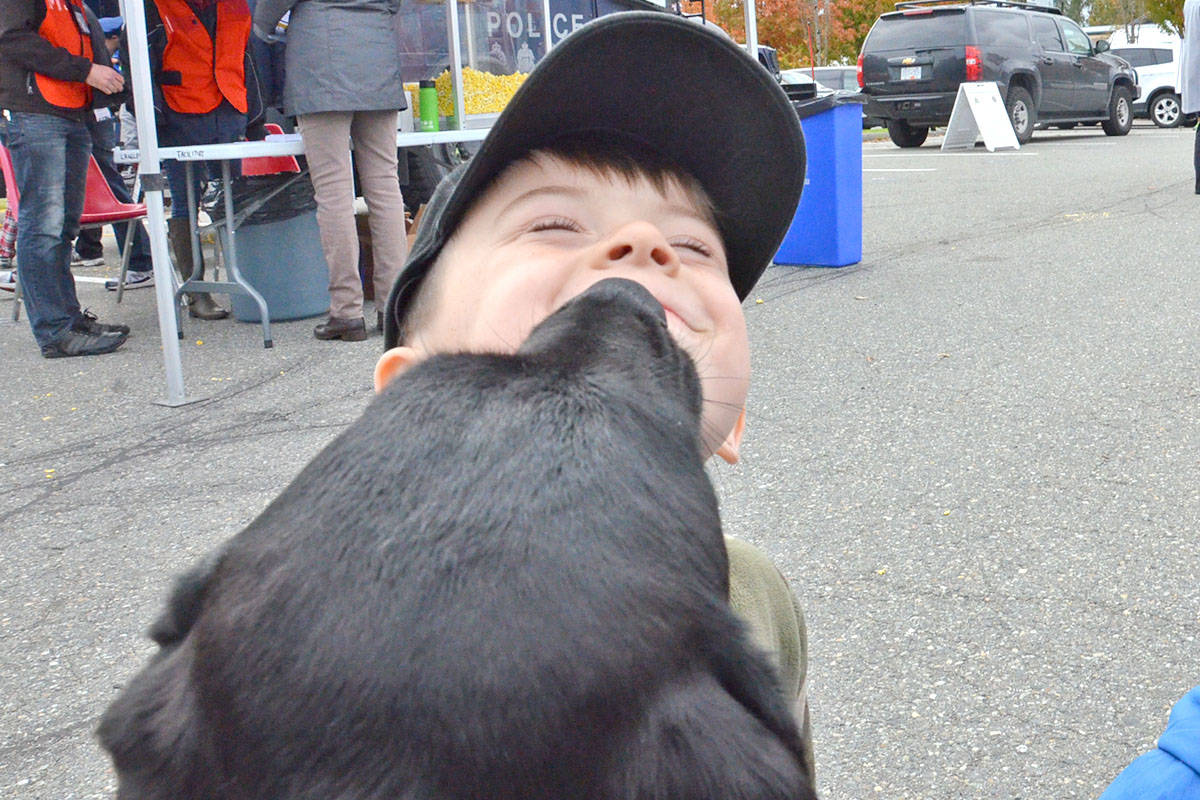 Adam Callies found out how friendly Orca the service dog can be at the Langley Emergency Preparedness Fair on Oct. 14. Orca is an accredited facility dog that works through the Langley RCMP to help people with trauma and has even attended court to help people. (Heather Colpitts/Langley Advance) 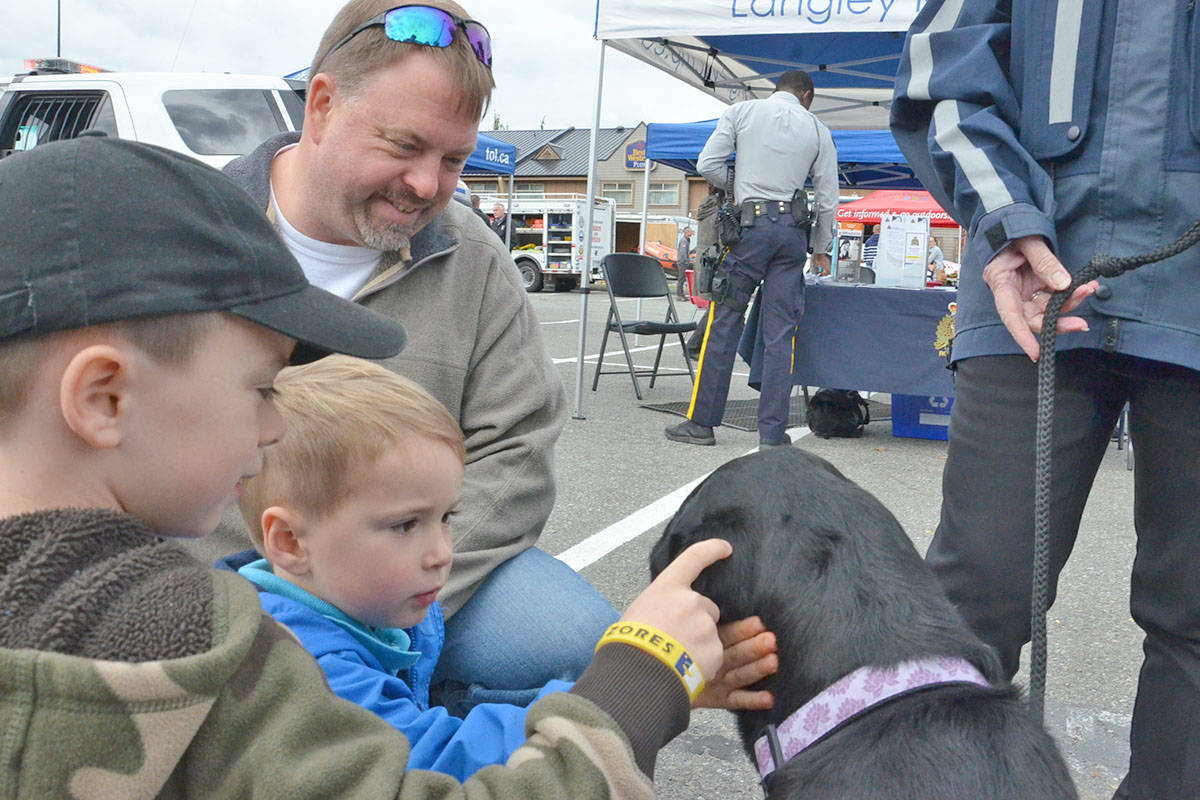 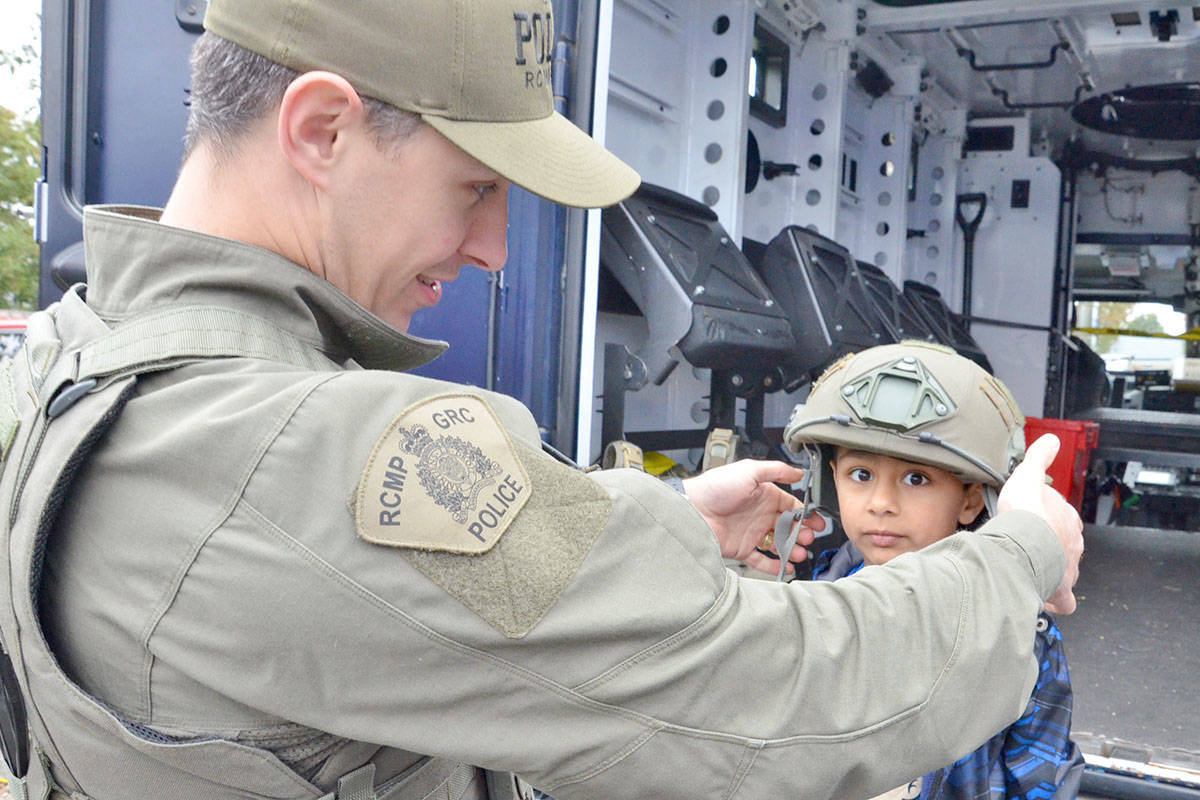 Adam and Evan Callies, and their dad, Toby, met Orca, an assistance dog from PADS that works in the Langley RCMP. (Heather Colpitts/Langley Advance)

Humanitarian trip to Nicaragua a bust for team out of Langley