When she plays the Last Post and Rouse on Remembrance Day, Walnut Grove resident Donna Cieszecki uses the bugle that belonged to her beloved “poppa,” Sgt. Major John ( Jock) Ingles.

Music is something she came to associate with her grandfather, a bugler, trumpet and piano player who served in both World Wars.

“He would play, when the family got together,” she recalled.

“He played in jazz bands in Vancouver through the 30’s to early 60’s.”

Born in Pebbles, Scotland on July 11, 1902, Ingles served in the First World War, then emigrated to Canada and found his way to Vancouver around 1930.

During the Second World War, he served with the BC Regiment Duke of Connaught’s Own Rifles from 1939 to 1945 overseas (Cieszecki’s father served as a reservist with the BCR but the war ended before he could go overseas).

Ingles led the troops of the 4th Canadian Armoured Division when they landed in Normandy, France in 1944.

READ ALSO: Haunted by the ghosts of the Medak Pocket: a Langley veteran remembers

They were involved in heavy fighting near Falais, France, suffering more than 100 casualties and the loss 47 of their tanks.

His regiment continued to serve through the fighting in France, Belgium, Holland and Germany.

Ingles played his bugle during the war and later at Remembrance Day ceremonies at Victory Square in Vancouver.

While one of Cieszecki’s children has demonstrated musical talent, he didn’t take up the bugle.

“I’m the last, Last Post player in the family,” she told the Langley Advance Times.

“I am very proud to continue the legacy that was started by my grandfather.”

She has played the Last Post and Rouse with her grandfather at several schools during my teaching career in Langley.

According to a Government of Canada Remembrance Day web page, “Rouse” was used as a “quarter call” to wake the soldiers fifteen minutes before the more formal activity announced by “Reveille” and “Last Post” is one of the regulation calls that would be heard in the evening to signal the completion of the setting of night sentinels or sentry posts.

“As a teacher of a grade four and five class, mother of five and grandmother of 8, I feel I have a unique opportunity to share this gift,” Cieszecki said.

This year, she was to perform for the students and staff at Gordon Greenwood Elementary where she teaches, a pre-recorded performance for a virtual ceremony during the current pandemic.

“I wonder what my grandfather would think of these times and how his eldest granddaughter has carried on the tradition,” she remarked. 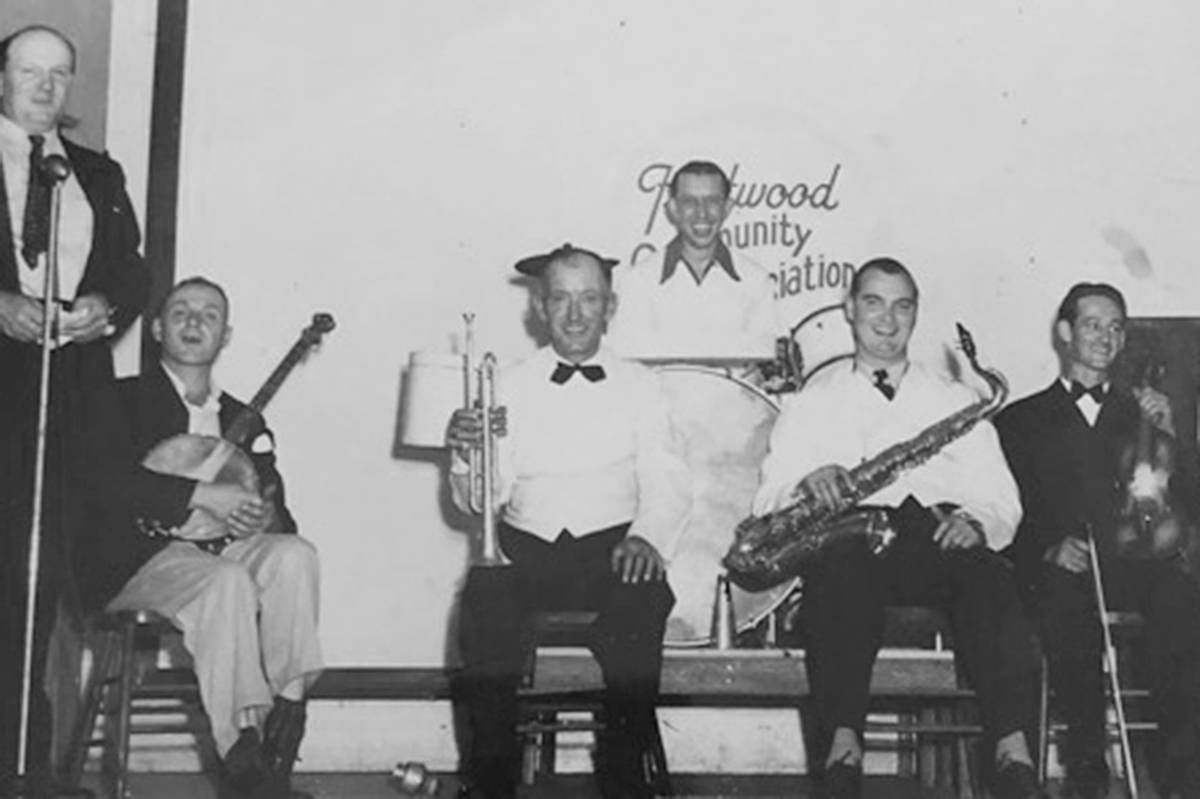 Veteran of both world wars, John ( Jock) Ingles, is seen here with his trumpet (centre), smiling with one of the bands he played in (special to Langley Advance Times)

Lest We Forget: Langley will honour Remembrance Day – safely