One of the earliest patients at Langley’s Cottage Hospital after it opened July 12, 1948, needed a leg injury fixed.

Once the procedure was done, the pig went home with its owner, Mr. Flowerdew.

The hospital was supporting the community that supported it, and the community celebrated the 70th anniversary of the first local hospital with a garden party at Michaud House on Saturday, July 14.

“Whether it’s of hours of time or money, this place called Langley has continued to give to helath care in a real substantial way,” commented Jason Cook, the current hospital executive director.

Cook noted that the community has always supported its local hospital. In the early days farmers and gardeners would give meat, eggs, vegetables and more to the hospital.

While there were small helath care facilities in Langley prior to LHM, they were maternity hospitals or nursing homes, according to the local history book Hospital on the Hill.

Doris Riedweg set the scene for the opening of Langley Memorial Hospital on a summer day soon after the Second World War.

“Ladies in summer frocks, hats and gloves. Gentlement in suits, ties and fedoras. Children in their Sunday best – all waiting expectactly for the biggest event of the year. The date July the 14th, 1948.”

Riedweg edited the hospital history book and was a local nurse.

AIn 1942, a group of residents met and voted to research creating a hospital. A fundraising drive started in early 1944 and a charter was granted in 1946.

As the community was working towards a hospital, there came word that a former military hospital building in Boundary Bay was being sold.

The hospital board purchased the building for $9,500 which included the land it was on. That land was later sold for $1,700.

The hospital was named to honour those who served in both World Wars. The current hospital has seen various expansions and renovations. 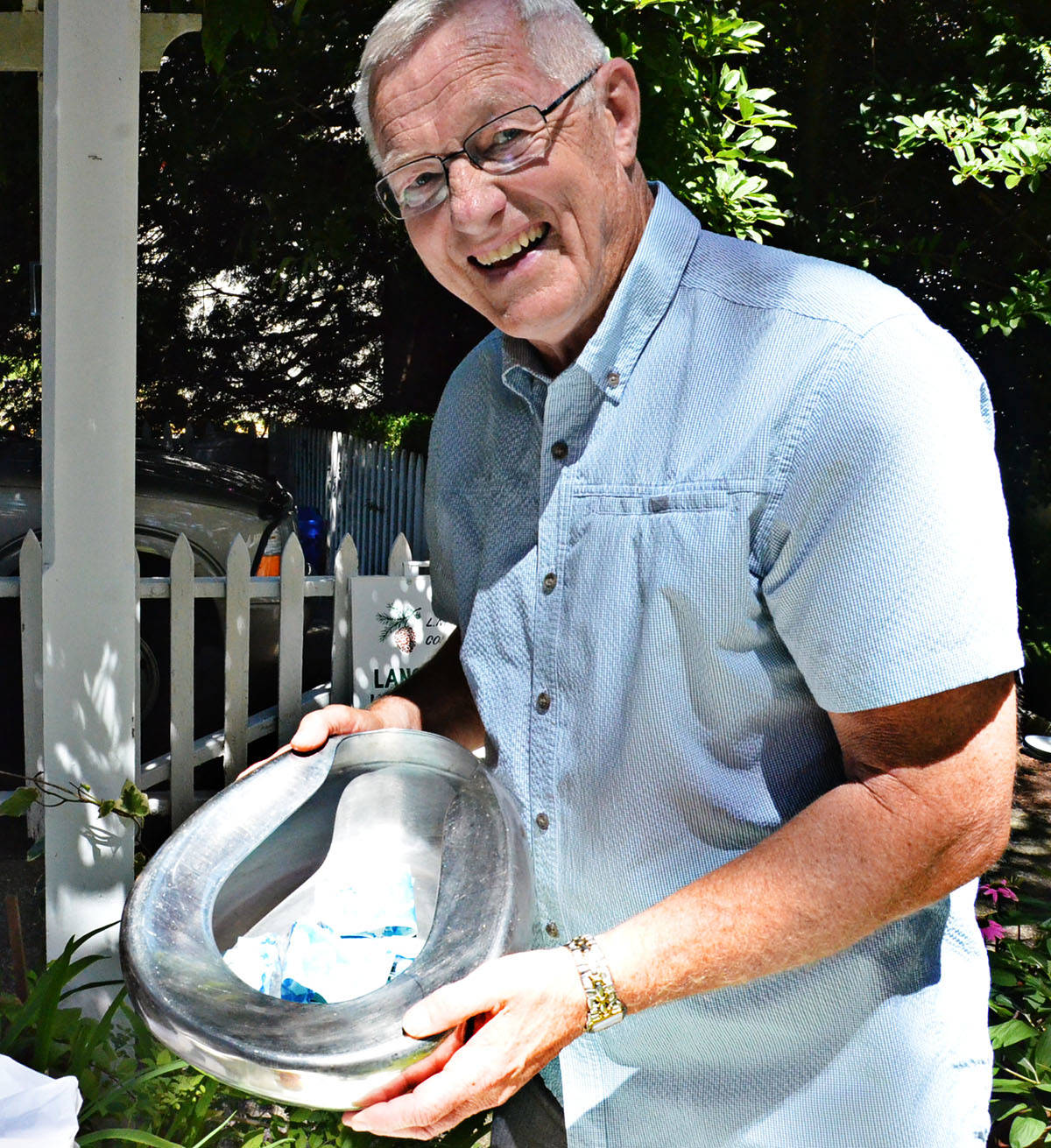 Jim McGregor emceed the garden party to celebrate the 70th anniversary of Langley Memorial Hospital. Admission was by donation, with contributions collected in a typically hospital manner. (Heather Colpitts/Langley Advance)

VIDEO: A “very warm” Granfondo forecast for Langley and area