Chris McDonald was plugging in Christmas lights before arranging them on trees in Williams Park to make sure they are in good working order.

“We don’t want to put them all the way up and find out half a strand is gone,” remarked McDonald, one of several Township of Langley workers and volunteers putting up lights Wednesday for the annual display.

McDonald said there wasn’t a formal map that tells them where to put the lights and holiday displays, but after years of setting up the event, most people have a pretty good memory of where everything goes.

By Friday, all the lights will be up and shining along the narrow road that runs in a circle through the park located near 68th Avenue and 238th Street.

As well, there will be various Christmas themed displays, ranging from inflatable Santas to old-school painted wood figures.

Barbara Sharp, president of the Christmas in Williams Park Society, revealed some new additions this year, ranging from glittering swans to a high-tech Christmas tree that will spell out holiday messages.

There is a lot to take in, she advised, and visitors can either drive through the park, or walk along the lighted paths.

“Dress warm and whatever you do, don’t forget to bring your camera,” Sharp suggested. “If you feel a bit chilly we are going to try to make sure you have a nice fire to warm up by outside the shed each night.”

Christmas in Williams Park will be officially opened at 5 p.m., Friday, Nov. 29 by Mayor Jack Froese and other members of Township council.

For 29 years, volunteers along with members of the business community, the mayor and council and Township staff have been lighting up this rural park at Christmas.

“This park is spectacular in any season but really outdoes itself in beauty for Christmas” Sharp remarked.

On opening day, there will be hot chocolate, cookies, and a candy cane.

As well, a choir from the Southridge Church in Langley will be singing.

On opening night, the church will also be collecting food donations during their visit for the Sources Langley Food Bank.

Southridge Church choir members will return to Williams Park for both the 14th and 21st of December, both Saturday nights, from 5 p.m. to 9 p.m.

Along with the music, church members will also provide hot chocolate and hot apple cider and ‘Smores those evenings.

Visitors are invited to make donations to the non-profit society that organizes the annual event, Sharp said.

“We also appreciate any financial donations from the public or business community,” Sharp said.

Donations are gratefully accepted and all funds go back into maintaining and producing this wonderful experience for all.” 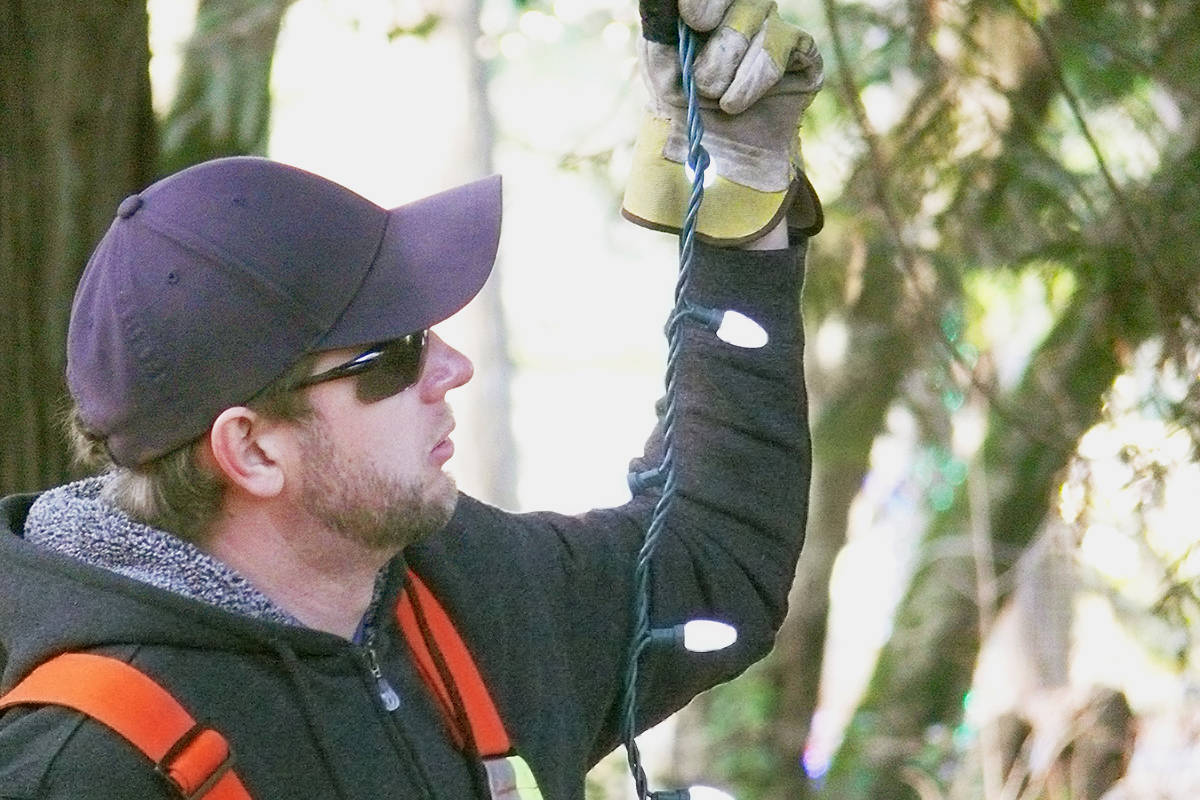 Township of Langley worker Chris McDonald inspected a strand of lights before attaching them to a tree in Williams Park. Christmas in Williams Park will be officially opened at 5 p.m., Friday, Nov. 29 by Mayor Jack Froese and other members of Township council. (Dan Ferguson/Langley Advance Times) 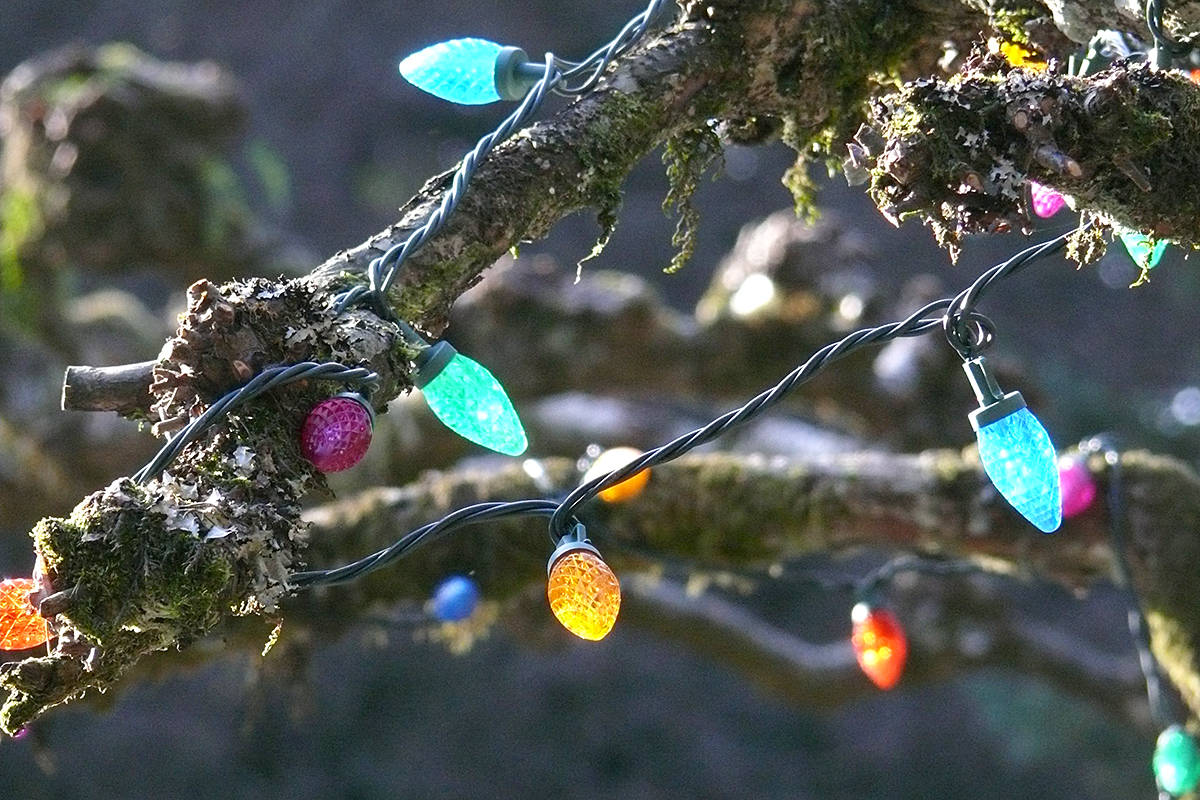 Some of the lights that will be on during the Christmas season in Langley’s Williams Park. Christmas in Williams Park will be officially opened at 5 p.m., Friday, Nov. 29 by Mayor Jack Froese and other members of Township council. (Dan Ferguson/Langley Advance Times) 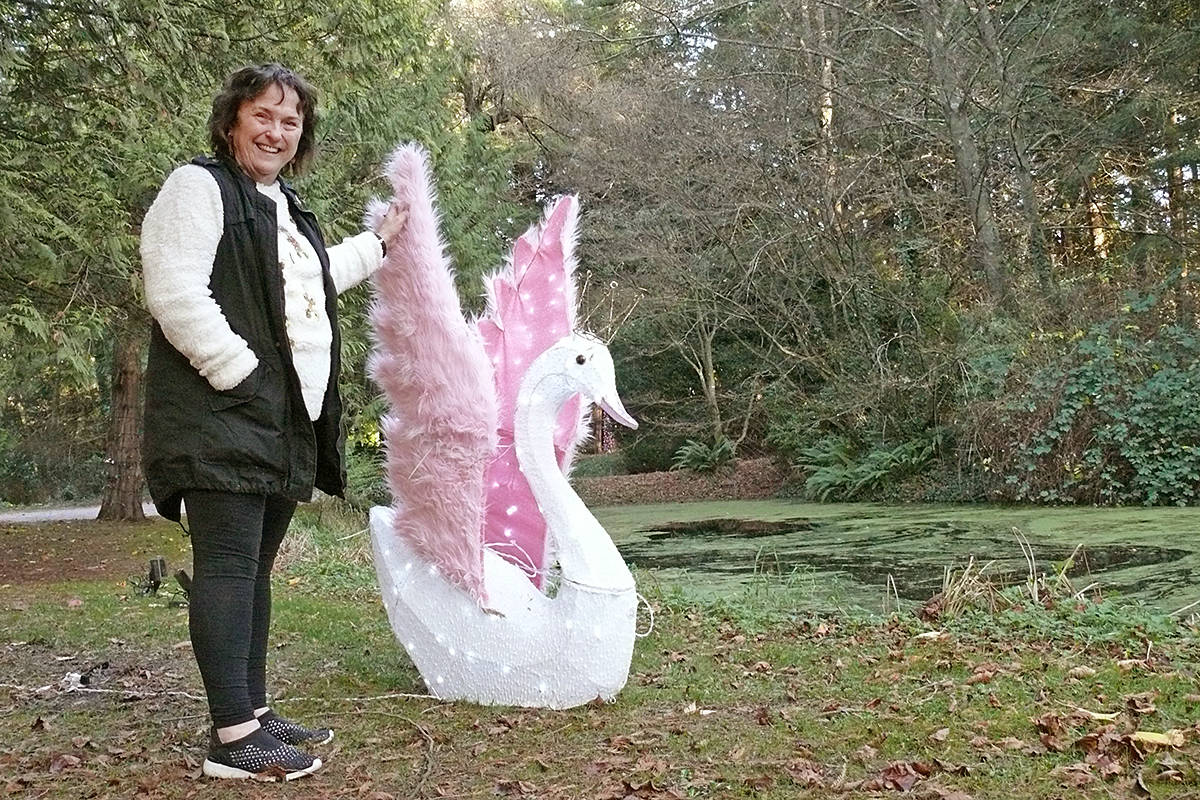 Barbara Sharp (above left) showed off a new addition to the Williams Park light display. Christmas in Williams Park will be officially opened at 5 p.m., Friday, Nov. 29 by Mayor Jack Froese and other members of Township council. (Dan Ferguson/Langley Advance Times)

Langley Then and Now: 1949 vote start of split between Township and City

Archives give people a way to look into Langley’s past