Humbled and blessed – those were the words of a Maple Ridge principal after students and staff threw a surprise drive-by retirement party for him on Thursday, June 24.

Trevor Connor, longtime principal at Maple Ridge Secondary School, will be retiring at the end of this school year.

“It’s pretty amazing. Everybody needs to feel this special,” said Connor while he greeted friends, family and colleagues as they paraded down the west side of the school honking their horns, holding banners, and dropping off gifts.

A banner reading, We Appreciate You Mr. Connor, was signed by staff and students.

“Maple Ridge and Pitt Meadows have been very good to me,” Connor said, adding he had absolutely no clue about the parade.

Connor started in the school district in 1997. He began his career with SD42 at Garibaldi secondary before moving on to Mount Crescent elementary, Hammond elementary, Arthur Peake Centre, Westview secondary, and finally to Maple Ridge secondary for the last eight years.

“We organized a drive-thru farewell parade in the parking lot of MRSS where in excess of 30 cars full of well-wishers drove past to wish him all the best,” described Kris Crawford, with MRSS.

Among the well-wishers were former students and staff members, who came from across the district, said Crawford.

In addition to music, balloons, banners and a sequined top hat, Connor’s family was there to add to the celebration.

“His passion for family, education and for youth is evident in everything he does,” noted Crawford.

“It’s the connections with students, families and staff that have brought him the most satisfaction in a long and very successful career.”

The new MRSS principal will be Cheryl Schwartz, who is currently the principal at Pitt Meadows secondary. Schwartz started her career at MRSS in the Outreach program.

Also new to the school next year will be vice principal Jeff Curwin.

Have a story tip? Email: cflanagan@mapleridgenews.com 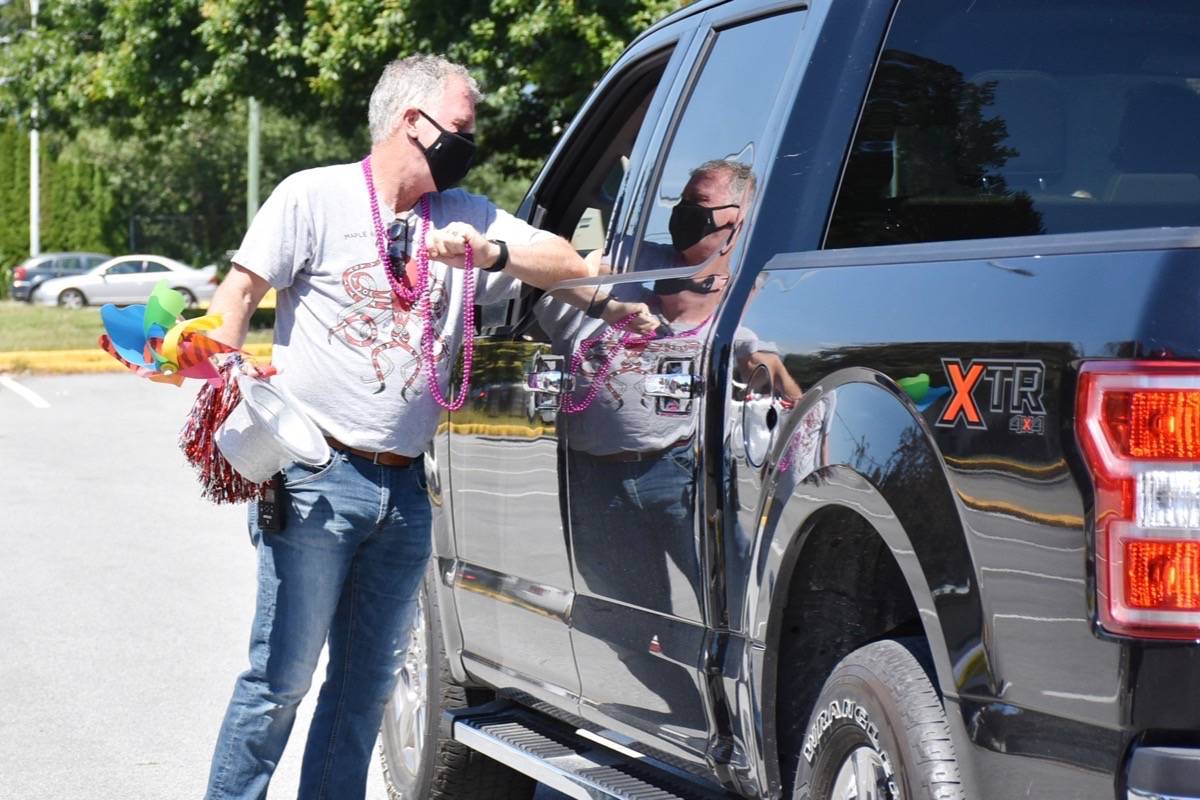 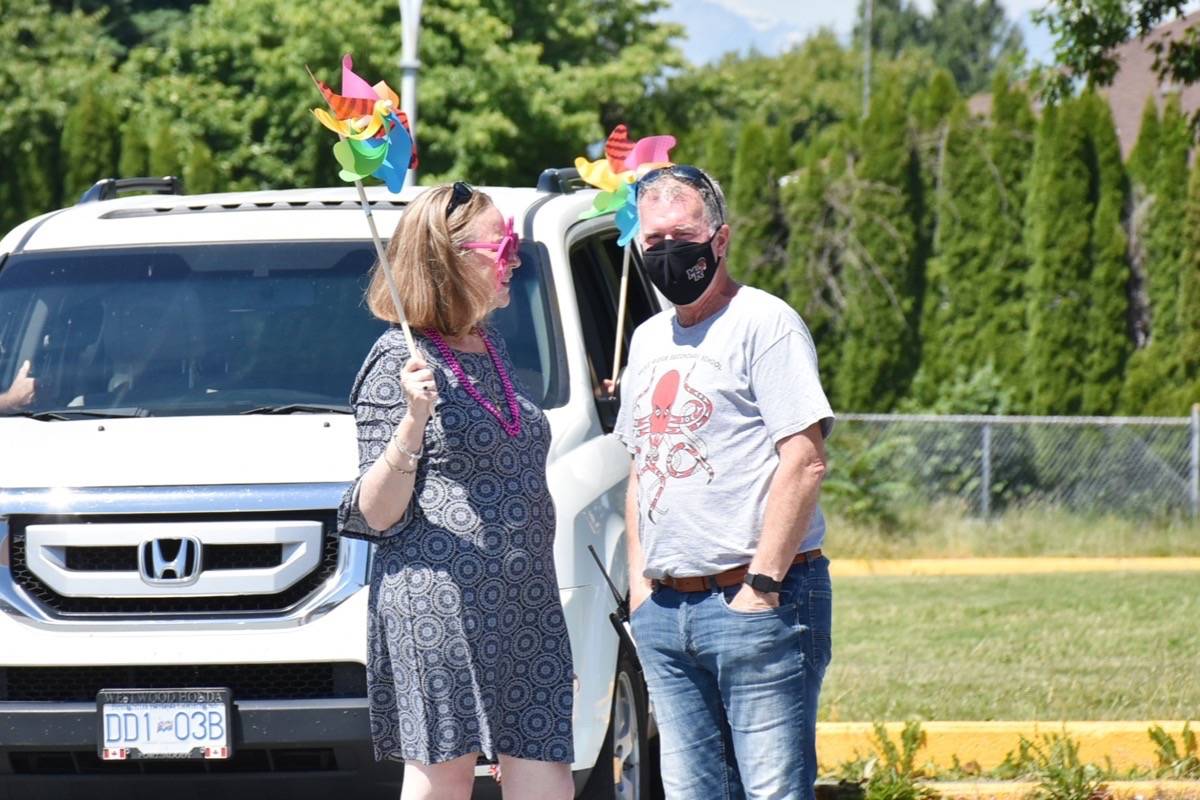 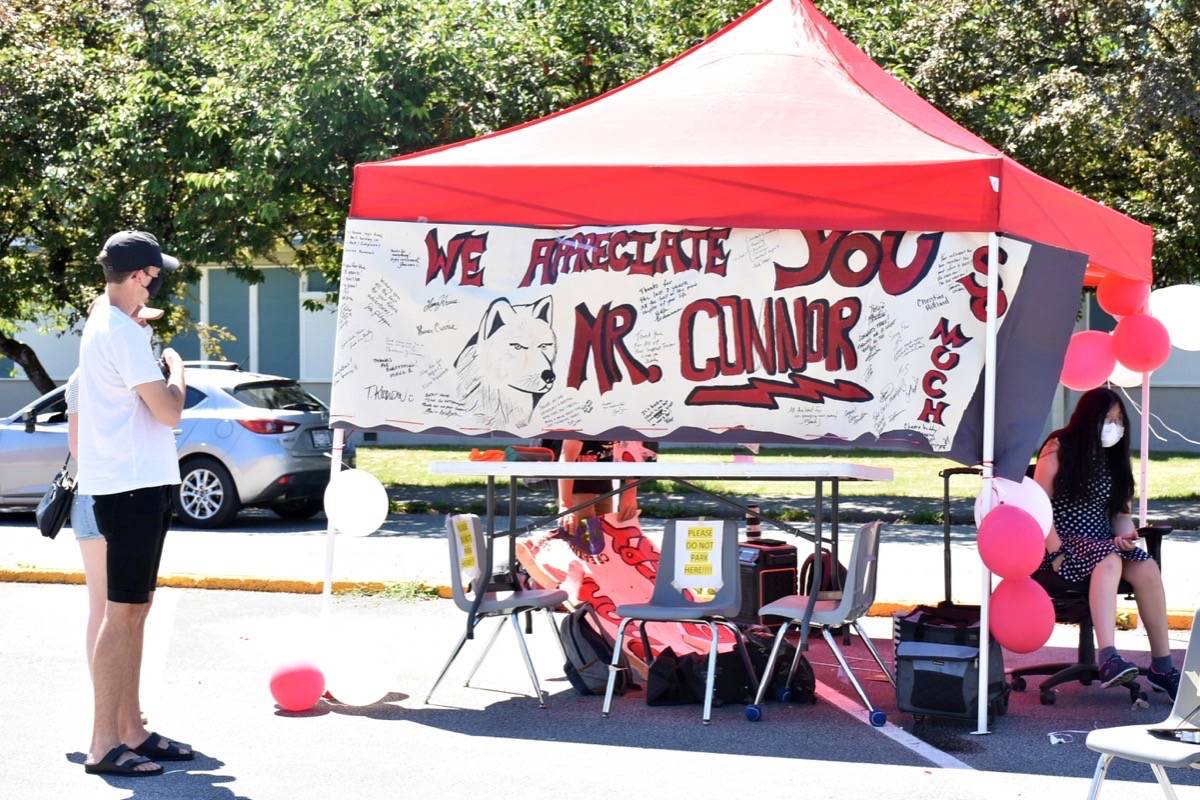 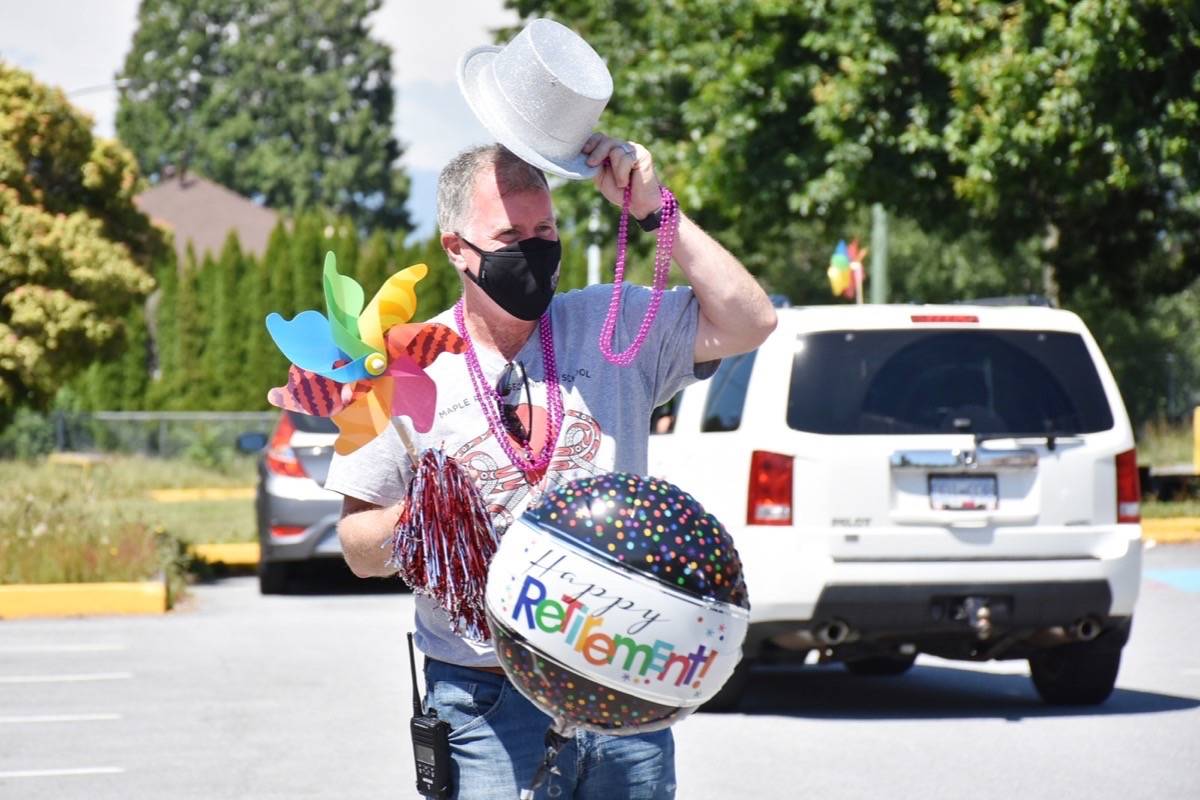