By any measure, the first MS Bike fundraiser in Canada since the pandemic was a success.

Beginning and ending at Thunderbird Show Park in Langley, the two-day, 100km journey took 94 riders and 16 teams through Langley, Aldergrove and Abbotsford and back on June 18th and 19th to mark the 24th anniversary of the Fraser Valley event.

Fort Langley’s Patricia Wilson was delighted to be back, with husband Gerry.

Wilson is captain of the “Easy Riders” team of 14 cyclists who raised the most of any team, breaking their own target of $22,000 and heading for a projected total of nearly $27,000.

“We have fun doing it but we create awareness and raise money for MS, and it makes us all feel good. Because I always say, everybody knows somebody with MS” 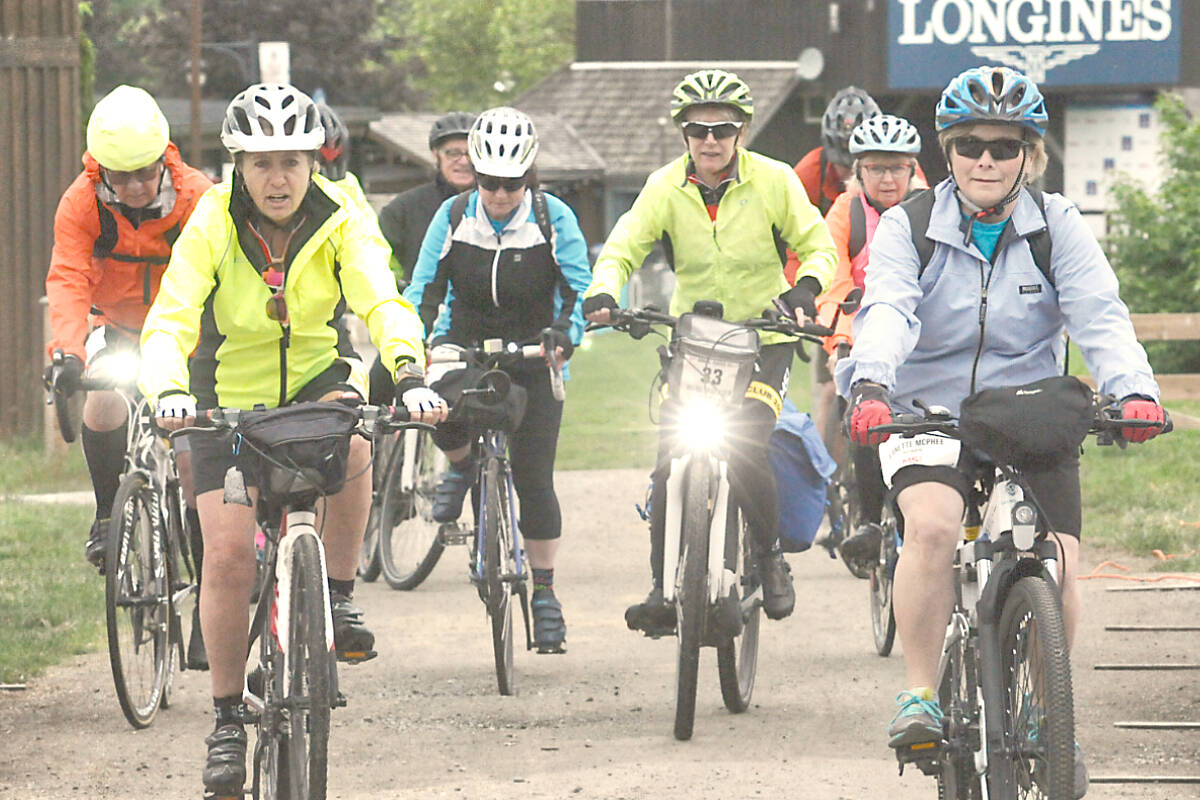 Some of the nearly 100 riders who took part in the first post-pandemic MS Bike ride, a two-day, 100km journey through Langley, Aldergrove and Abbotsford on June 18 and 19. (Dan Ferguson/Langley Advance Times)

MS Canada spokesperson Nelson Agustin was there to witness the kick off of the first MS Bike event in several years.

“It’s a true testament to the resilience of the MS community,” Agustin commented, adding “it has been quite an emotional experience, to be honest, because we get to see participants again, and the community gets together again.” 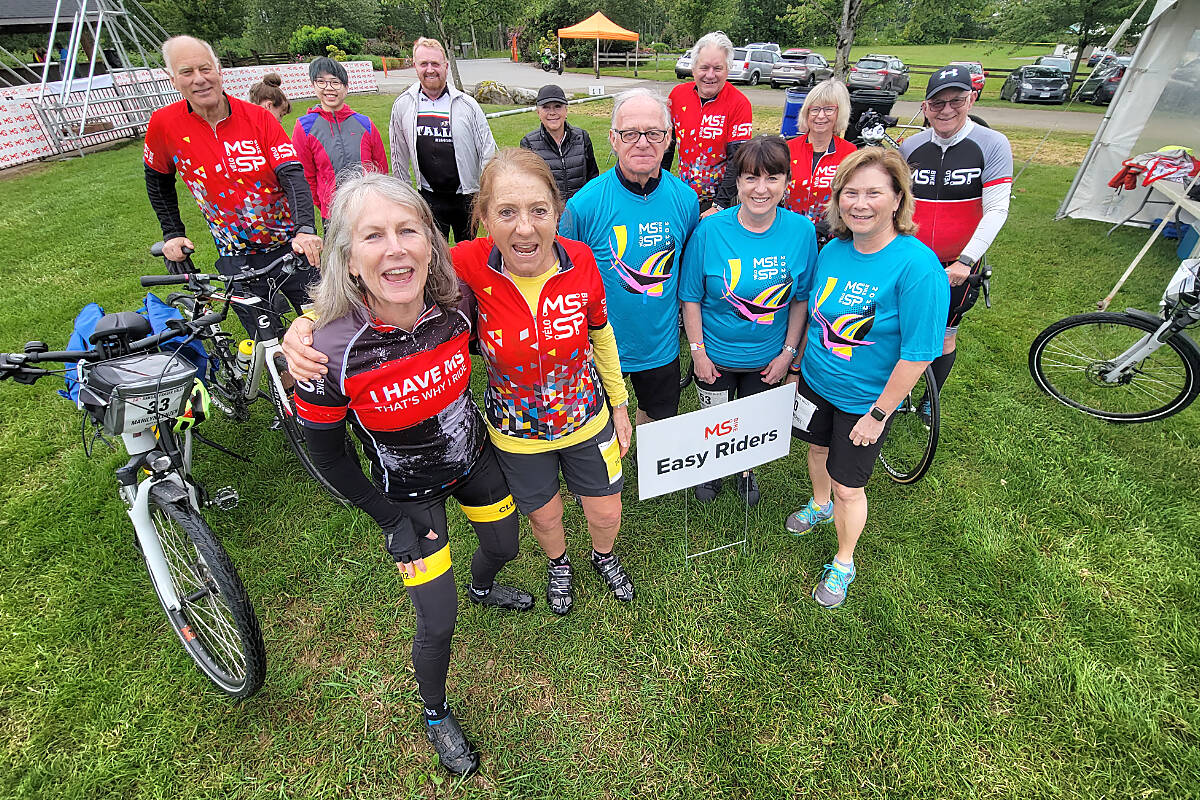 It was the 19th MS Bike ride for the Easy Riders team, captained by Fort Langley’s Patricia Wilson (second from left front). They raised more than any other team in the two-day 100km ride through Langley, Aldergrove and Abbotsford on June 18 and 19. (Dan Ferguson/Langley Advance Times)

Wilson praised the many volunteers who helped make the ride a success.

MS is a chronic autoimmune disease of the central nervous system that can affect vision, memory, balance and mobility.

It is considered an episodic disability meaning that the severity and duration of illness and disability can vary and are often followed by periods of wellness. It can also be progressive.

Canada has one of the highest rates of multiple sclerosis (MS) in the world, with an estimated 90,000 Canadians living with the disease.

On average, 12 Canadians are diagnosed with MS every day, most of them between the ages of 20 and 49.

The MS Society provides information, support and advocacy to people affected by MS, and funds research to find the cause and cure for the disease.

More photos from the Langley City event can be viewed online at the Langley Advance Times Facebook page.

VIDEO: Langley bike ride a chance for cyclists to help loved ones with vision disorders