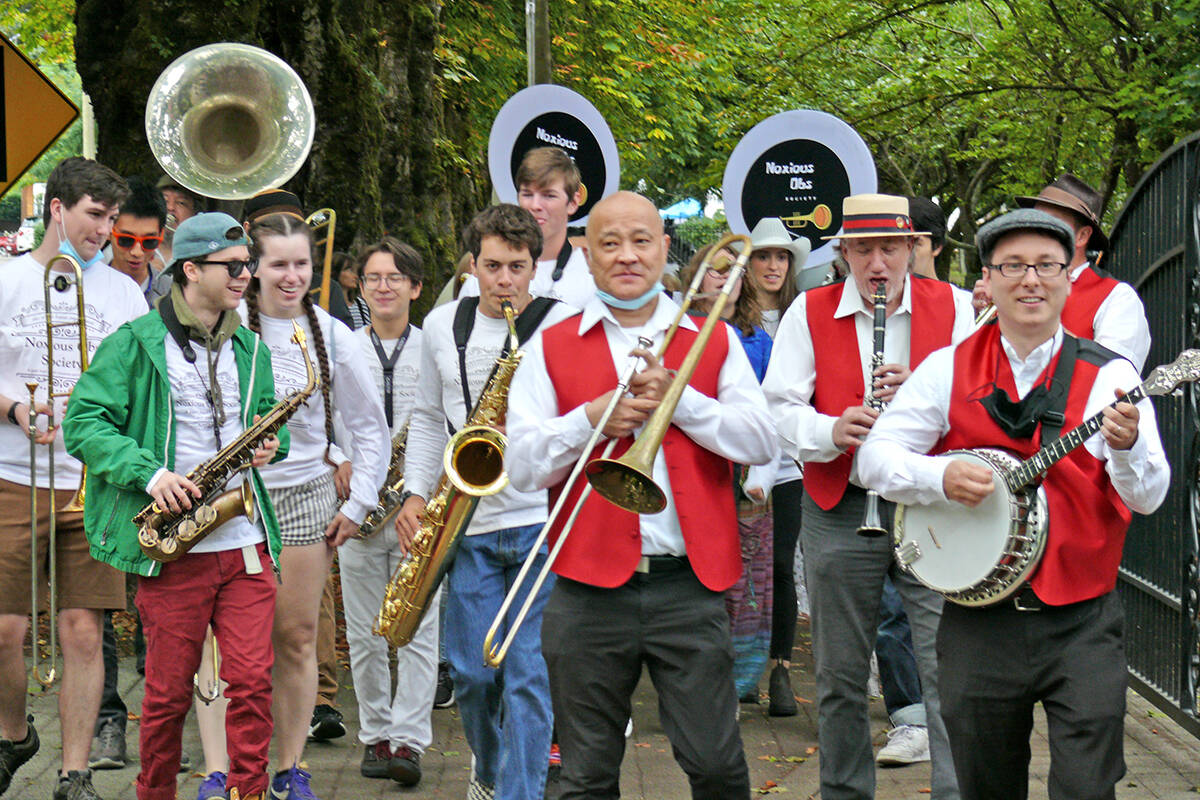 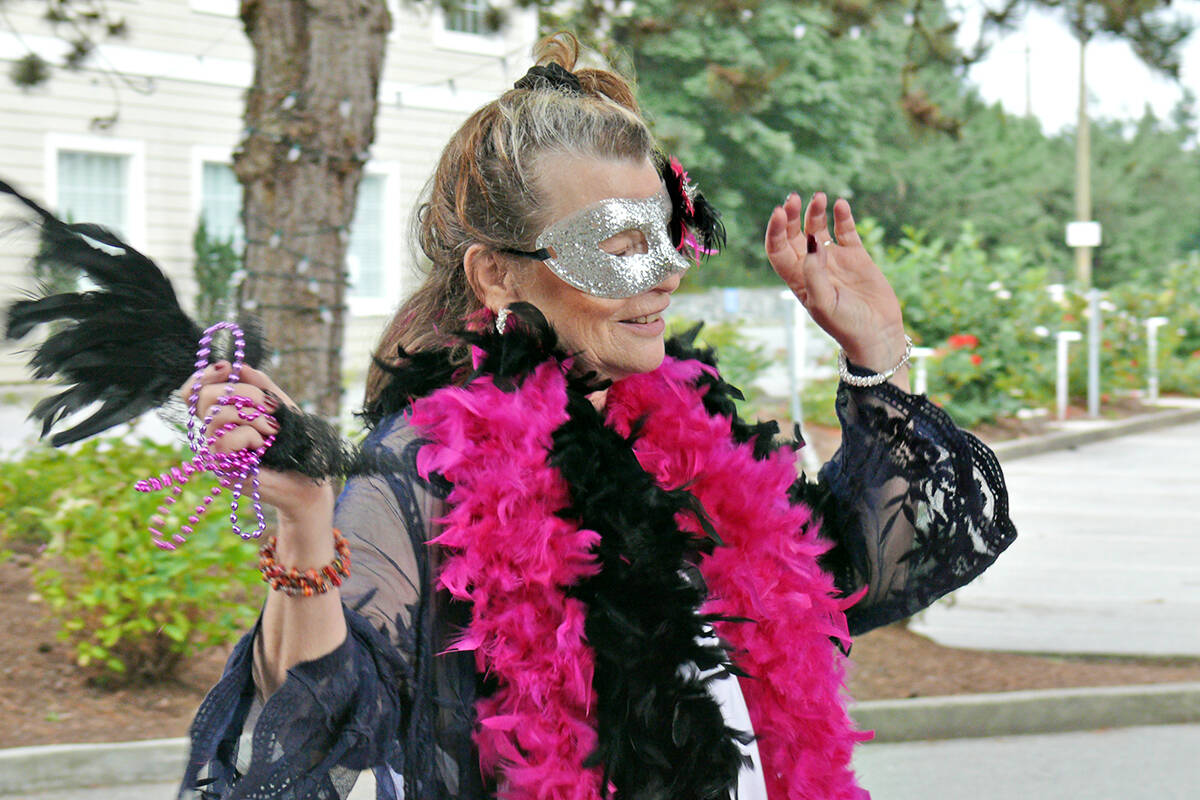 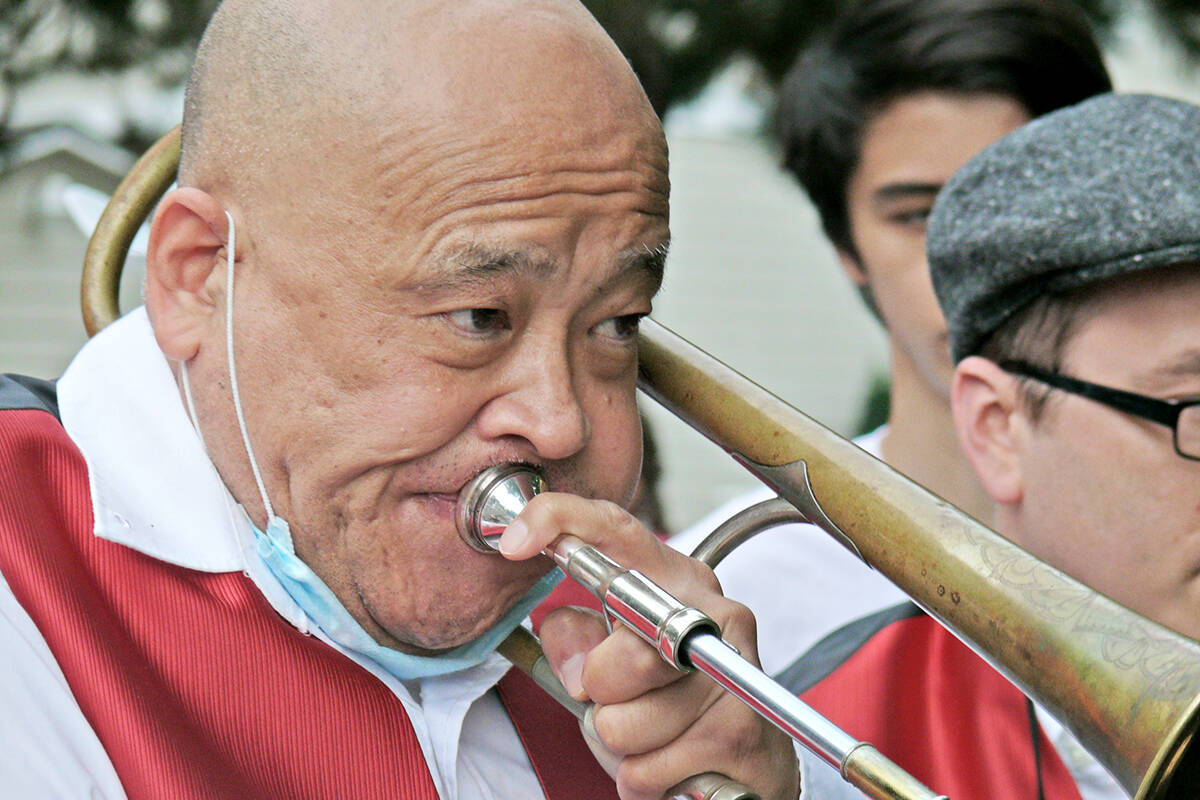 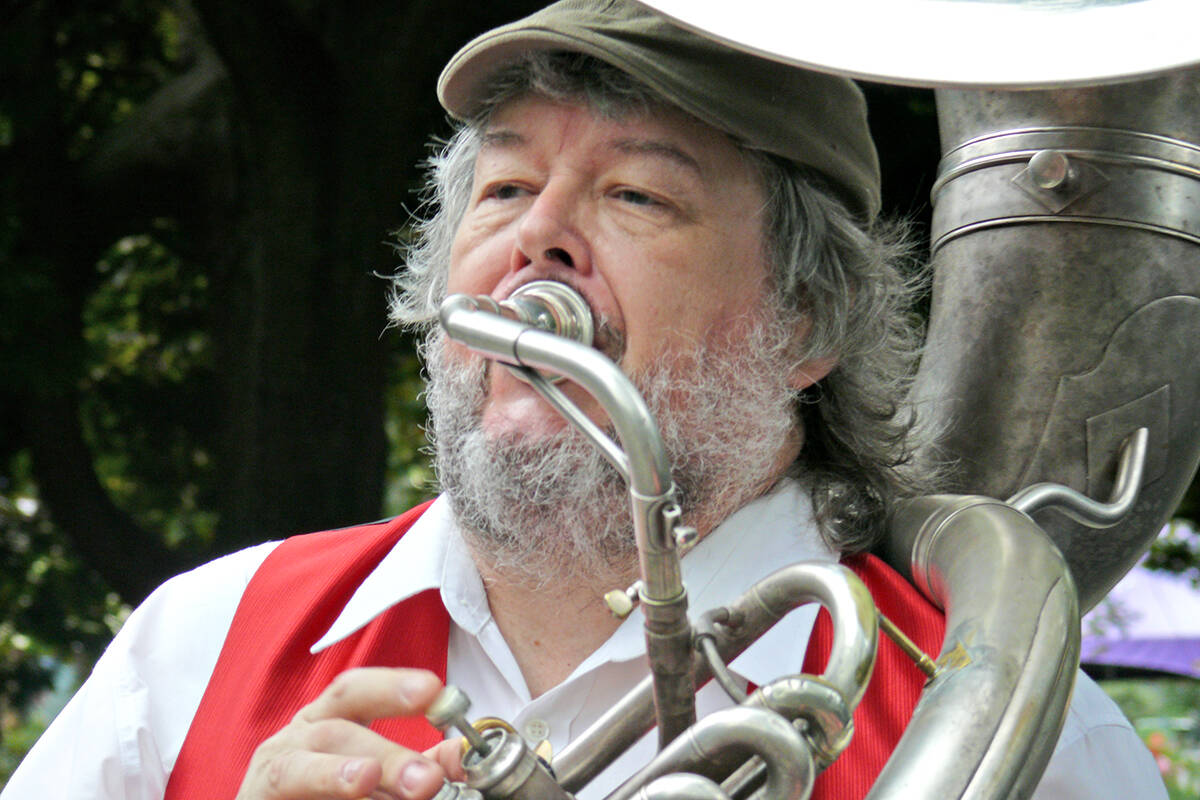 Odlum Brown Fort Langley Jazz & Arts Festival organizers were pleased with the response to the first in-person version of the annual event since the pandemic hit.

Artistic director Dave Quinn saw that even the threat of rain couldn’t keep people from enjoying the music outdoors at the heritage Fort Langley community hall on Saturday, Sept. 4.

Visitors to the festival were also treated to a strolling New Orleans Mardis Gras style show on Saturday, with a parade along Glover Rd. by two groups, RazzMaJazz and Noxious Obs Society.

Over the four days and nights of the festival, 22 bands performed, including nine free outdoor shows, and 13 exclusive headliner shows by acts like the Jim Byrnes Band ( a sellout), Kyprios and Kenny “Blues Boss’“ Wayne Trio.

Festival Executive Director Karen Zukas said while it was difficult to estimate overall attendance, there was a constant flow of people, with hundreds at any given time at the hall.

Zukas was “grateful” restrictions had eased to the point where some live performances were possible once again.

“Not only for our audience, but for our musicians, some of whom haven’t been able to perform in front of an audience,” Zukas explained.

In addition to the live shows on Saturday, there were live-streamed and in-person ticketed shows each evening, including an Indigenous-jazz fusion concert by Stomi:x Shweli (Warrior Spirit) and Triology.

After the streaming video of that particular show aired, it was posted to the festival web page, drawing many positive comments and requests to share the video from a number of organizations, Zukas said.

The theme of the festival this year was “music heals,” and the charity of the same name was co-presenter of the closing Gospel – Soul music show on Sunday, sharing the proceeds 50/50 with the festival.

For 2021, the festival, a mix of limited capacity, socially distanced live shows and live streamed events, was shifted from its usual July dates to September, when province-wide COVID-19 restrictions from the Provincial Health Officer were expected to ease.

Planning is already underway for the fifth annual festival in 2022, Zukas told the Langley Advance Times, with plans for a July 21 start date, and bigger version of the 2019 festival.

There are also plans for a Christmas big band jazz concert and dance in December.

VIDEO: Food Truck festival returns to Langley, with a difference