Six decades ago, Ilona Lelkes arrived to Canada as a refugee fleeing revolution in Hungary.

Determined to capture and commemorate her new home in all its glory, Lelkes picked up her camera and a lifelong passion was born.

This past Wednesday, the 81-year-old resident of Chartwell Renaissance Retirement Residence in Langley, realized her dream to shoot photos from the sky.

“Wonderful… just wonderful,” she said of the experience. “The weather was great. I’ve waited for a long time for this.”

Though it was postponed by one week due to stormy skies, Lelkes boarded a Cessna 172 flight and soared over the greater Vancouver area under the tutelage of Smart City Media aerial photographer Cormac Clinton.

Her wish was made possible by Wish of A Lifetime Canada, a non-profit that aims to preserve the wisdom and accomplishments of deserving seniors through fulfilling their life-enriching wishes.

Ilona’s subjects and skills grew one click at a time to include botany, landscapes, travel vistas, and portraits.

The great-grandmother of seven is also a volunteer photographer for Vancouver’s Hungarian Cultural Society and documents residents and events at Chartwell Renaissance.

Lelkes said she’s always been keen on trying new things. After snapping photos from hilltops, she said she always wondered what Vancouver would like like if she could go up and get a proper areal view.

With nothing but clear skies, the flight took off from the Abbotsford Airport on Wednesday afternoon so she could finally do just that.

“It was a small plane and I’m a big lady, so I thought there was going to be a problem with my hips and legs getting in,” Lelkes laughed.

Admittedly, she was nervous for the first few minutes, but mostly for her six-foot-four-inch son who came along for the ride and was “crammed” in the back.

The pilot explained the scenery as they flew over familiar landmarks, most notably for Lelkes, Vancouver, Stanley Park, and Coquitlam.

“We were awing and oohing about the mountains and so she actually took us into mountains. I’ve never seen something so beautiful,” Lelkes said.

As for her pictures, she felt that she was the unluckiest on board; the sun hit the glass so the reflection made her pictures hazy.

“They were not to my liking,” she added, feeling that her son managed to snap better ones than she did.

Despite how her photos turned out, she was still completely pleased with the opportunity and grateful for having her dreams becoming a reality.

“Never give up one your dreams,” Ilona assured. “I never thought it would be, but mine came true.”

In her poem Why Do I Take Pictures? Lelkes said her vision and passion for photography comes across the best:

I am painting words with my delicate brush.

Creating pictures with the eye of my camera.

I will tie my thoughts in a bouquet – that is how I will make memories for future generations.

Since 2015, Chartwell and Wish of a Lifetime Canada have fulfilled more than 130 wishes for deserving Canadian seniors.

Nominations are open to any Canadian senior. 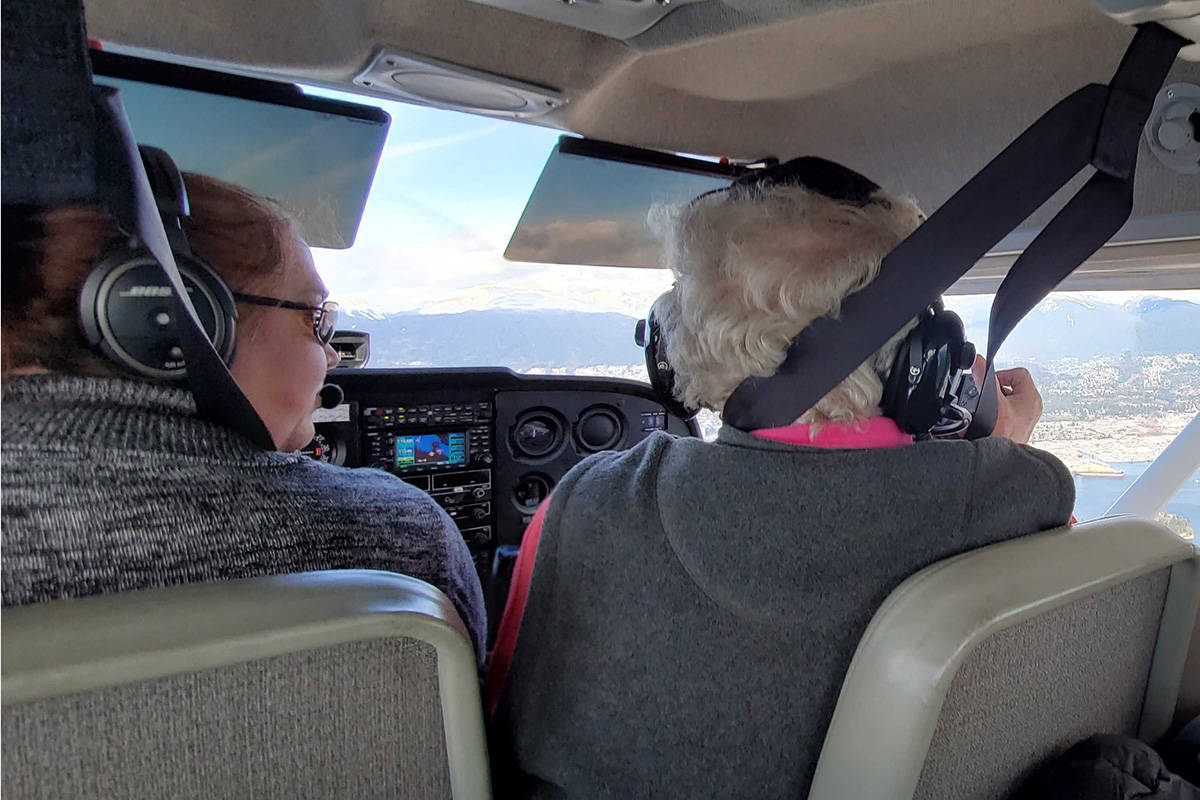 Connect with your elderly neighbours during COVID-19 crisis