“We got involved through the station when we were up-and-coming country artists,” Smith said.

Basics for Babies was created in 1994 by the country station to raise funds, diapers, clothing, and formulas after a shortage of infant products at the Greater Vancouver Food Bank was recognized.

“Basics for Babies has expanded all across B.C. It’s great to see when something you’re doing has a direction correlation from helping out,” Brownlee added.

A steak dinner will follow the day out on the course, as well as a silent auction, and then a concert put on by the pair and special guest and Maple Ridge country artist Madeline Merlo, for golfers and ticket holders – proceeds, again, all going to Basics for Babies.

Redwoods managing director Doug Hawley said Boys of Fall is their largest tournament of the year.

“It’s the biggest one by far – there’s 800 people coming for the performance. For the actual tournament there us food and drinks at some of the holes and a mega putt. We specialize in these kinds of tournaments and look where we are – out in the country. It just fits,” Hawley explained.

JRfm, who have played both Brownlee and Smith on their station since each artist started out, was on site facilitating a hole challenge of their own where participants could donate to Basics for Babies for a chance to square off in a putting challenge with a JR street team member.

Brownlee said he hoped to get out and hit a few balls, but golfing was certainly not the main reason why he was there.

“I’ll be going around to say hi to everybody and maybe get five or six holes in at the end. It’s great to see a lot of the same faces – it’s so generous, the amount of money that’s given… my hats off to the sponsors,” Brownlee explained.

“Why change it, when things were working right out of the gate?” Smith said about the growing success of the tourney. “I appreciate the consistent support and am glad to see everyone enjoying themselves. I’ve been too a few tournaments and it can be a long day. We want to keep it short and sweet and have some fun.”

This fall after the tournament wraps up, Smith with co-host the Canadian Country Music Awards with Billy Ray Cyrus on Sept. 8 in Calgary.

Smith heads back out on the road again not long after that – this time sharing the stage with country star Dean Brody on a cross-country tour. 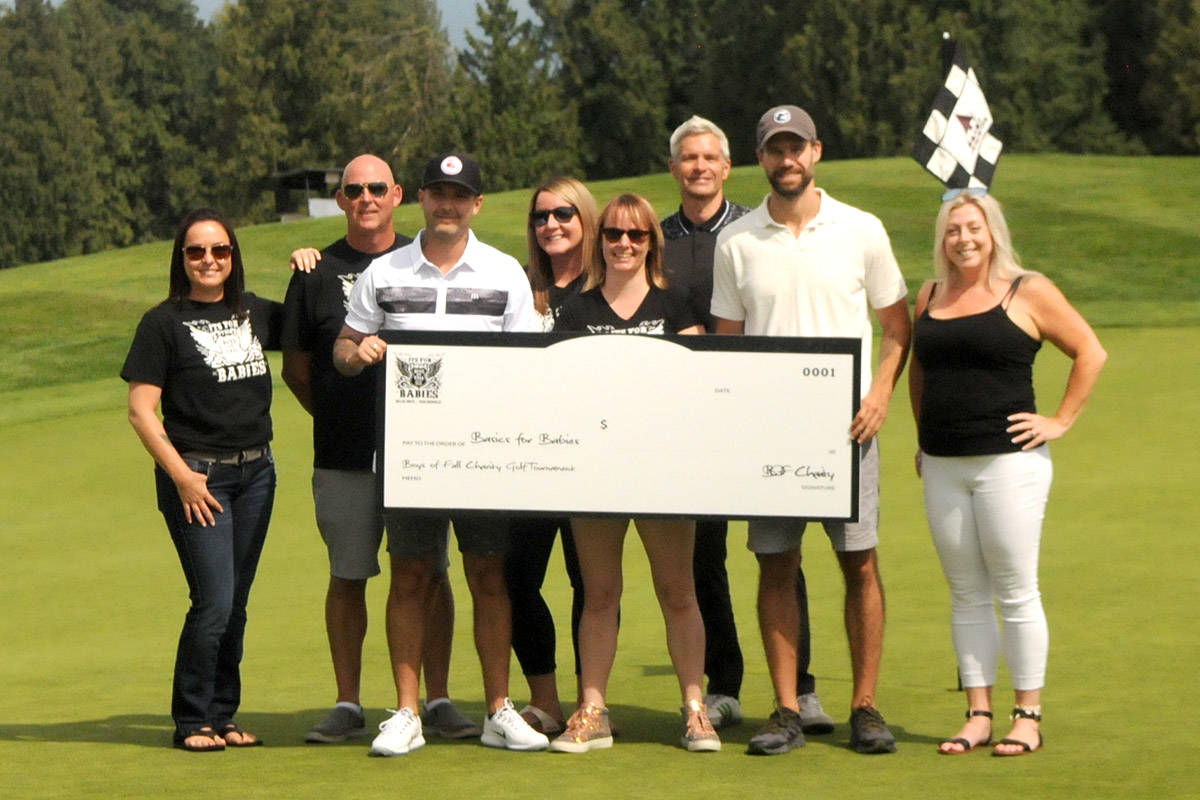 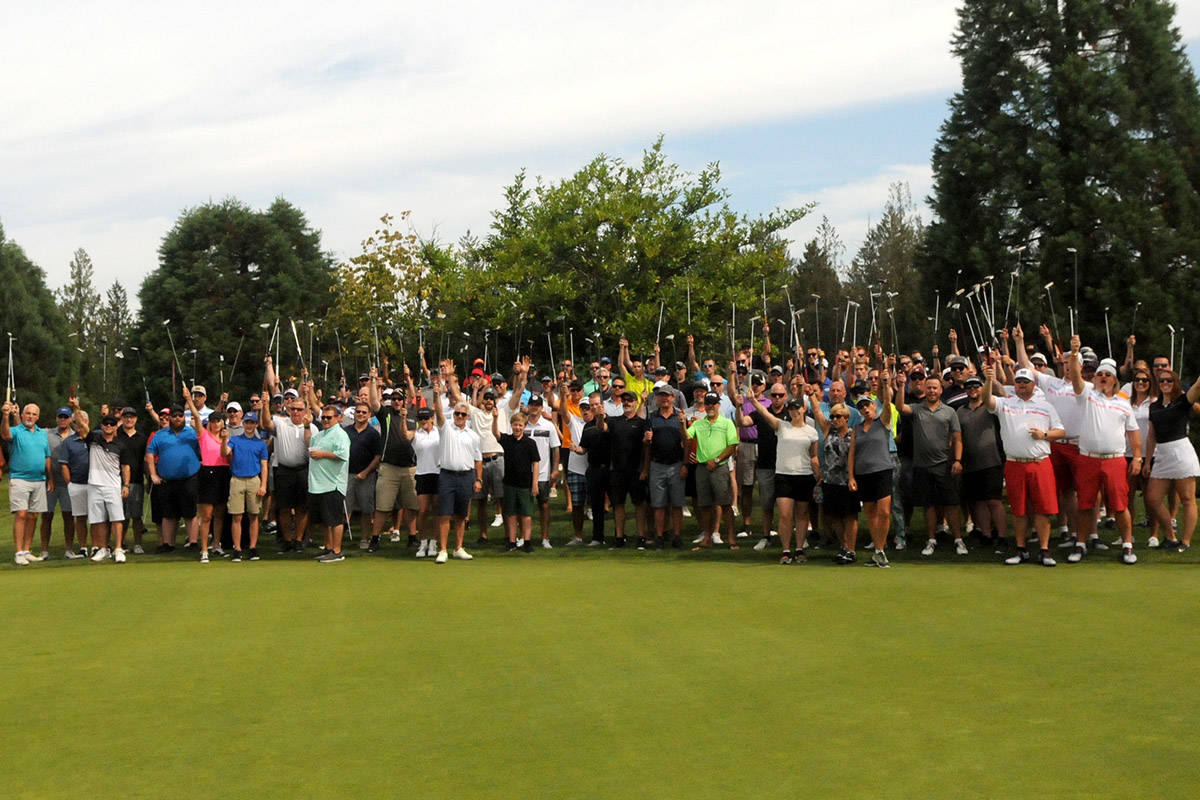 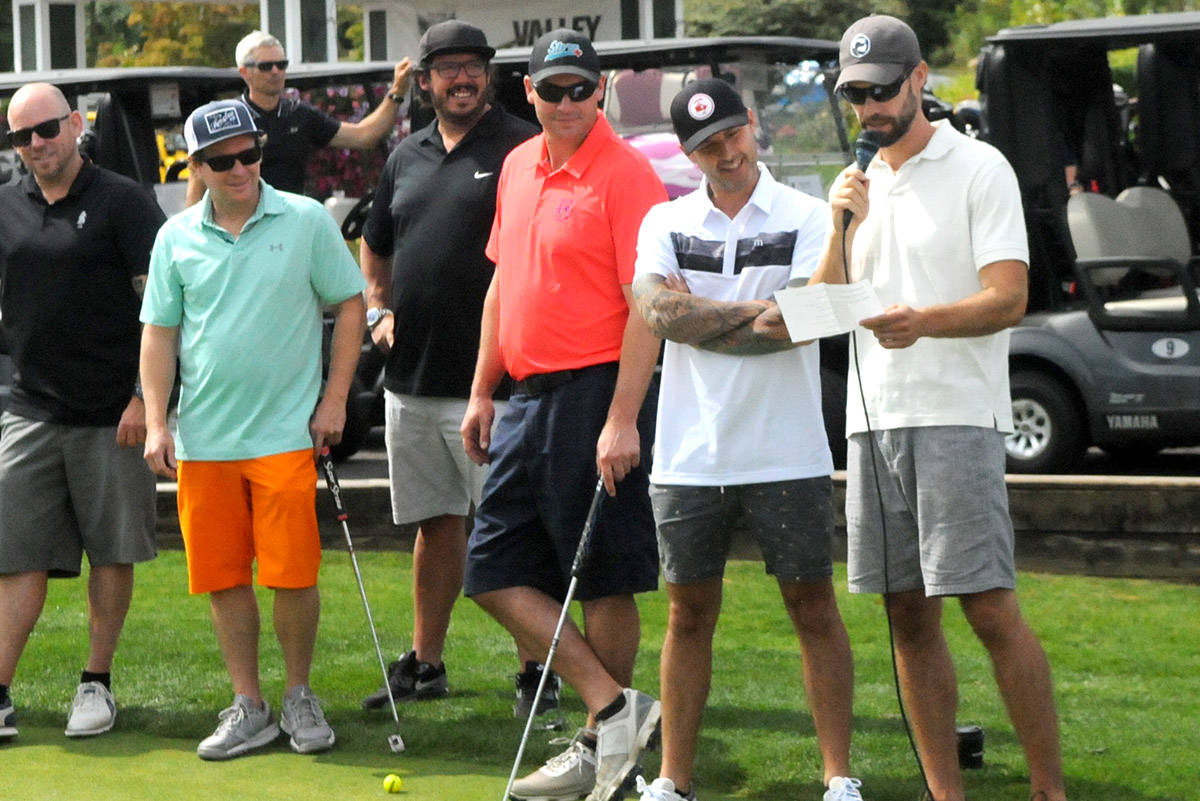 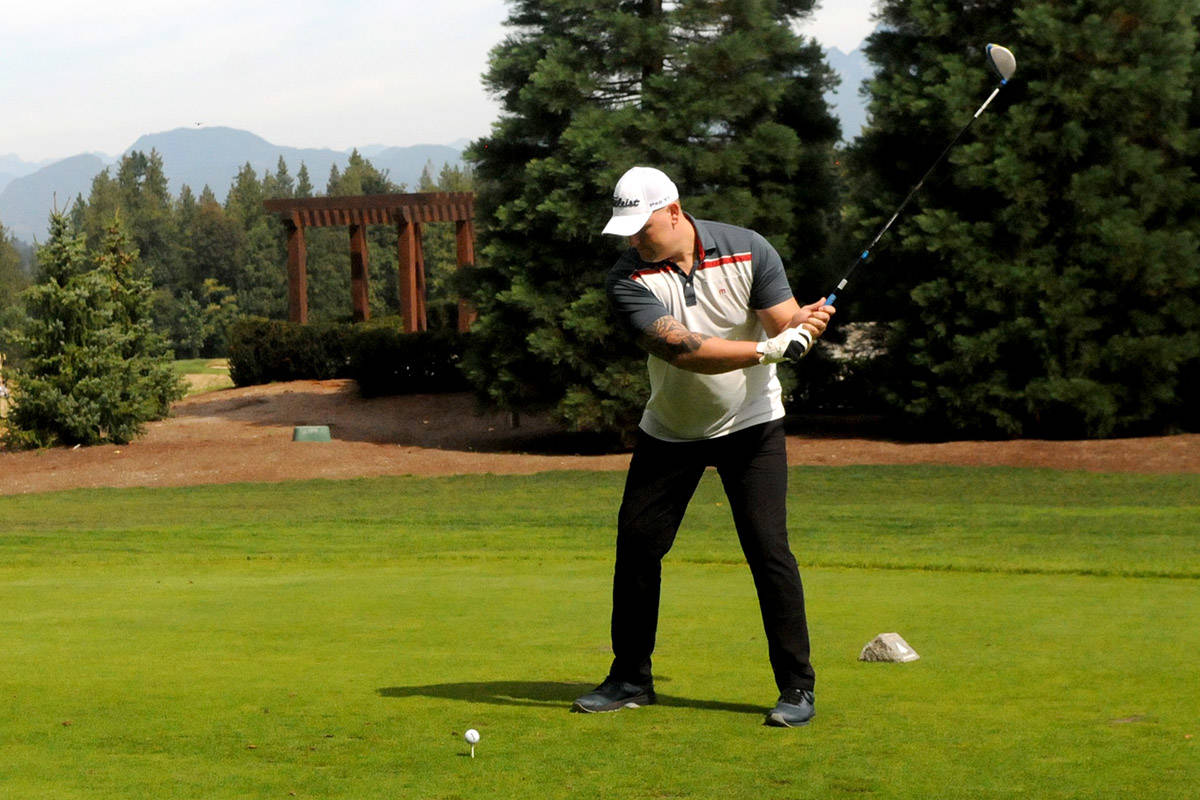 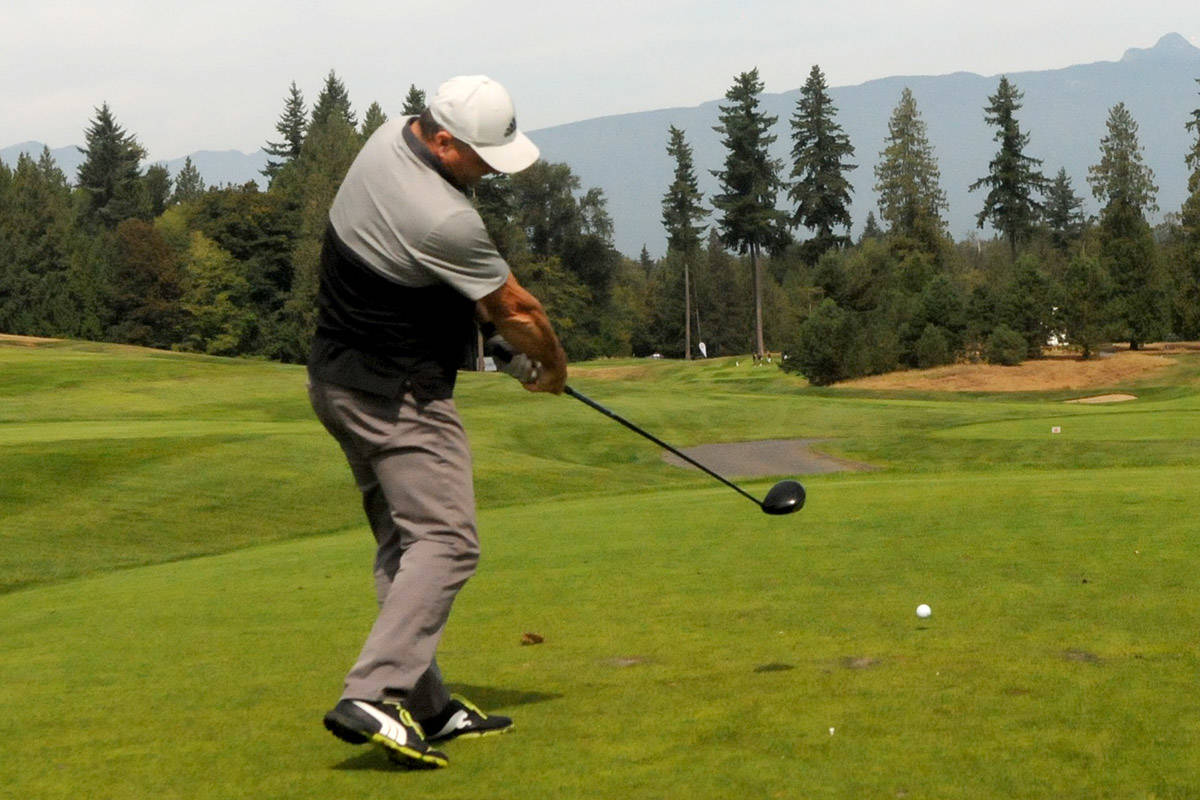 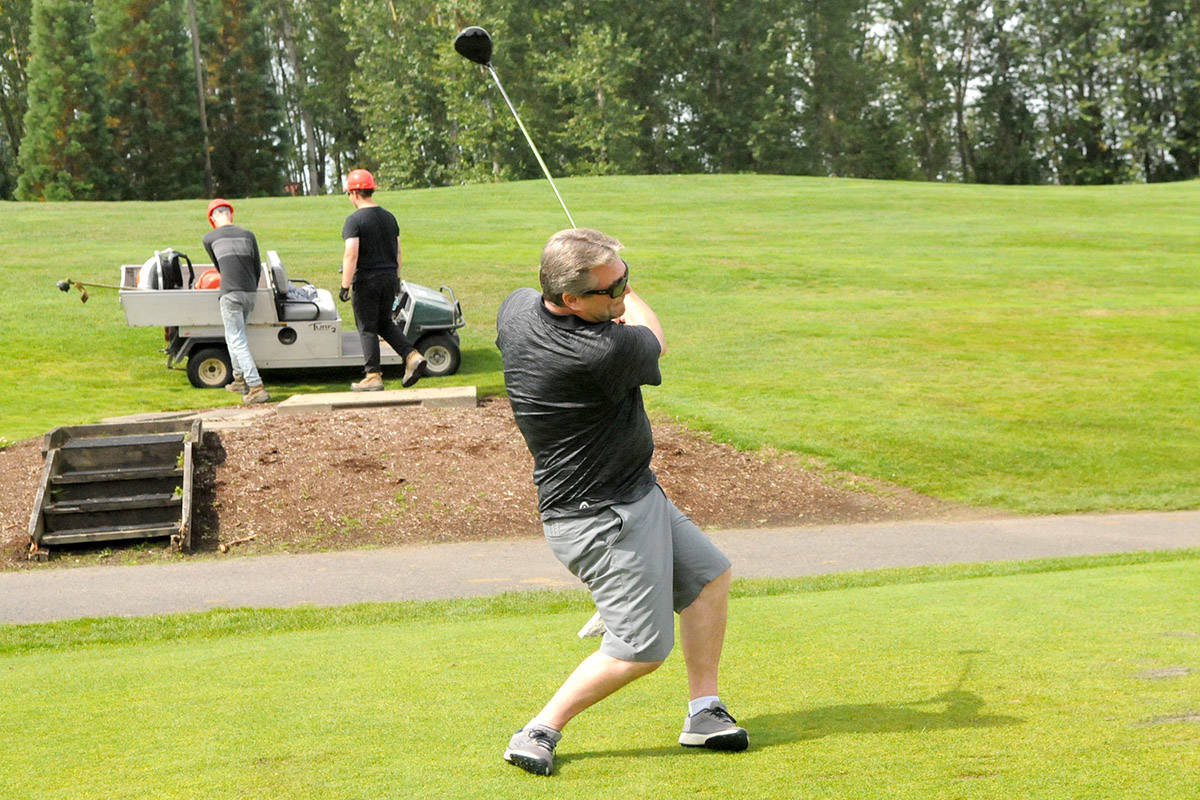 Pedalling to put the brakes on cancer