Brookswood Secondary School teacher Katie Glover and the students in her political studies class made a strong impression when Langley MLA Andrew Mercier visited them for a second time last month.

Mercier had been impressed by the quality of the students’ queries the first time he met with them, when they held an all-candidates forum during the provincial election, and posed “some of the best and most insightful questions put to me during the campaign.”

After a “great conversation” about politics and government with the Grade 11 and 12 students, Mercier used a virtual session of the legislature to thank them for the invitation, naming Glover and all of her students.

“They asked questions that are on every young person’s mind,” Mercier commented. “A host of insightful questions about what it means to be a public representative and the machinery of government.”

“I think that is a testament to the leadership of Katie Glover and the work she is doing at Brookswood secondary with those students,” he added.

“She is an example of civic leadership and community engagement for all of us.”

“She pushes her kids to look at differed perspectives,” Pusic added.

It is the first year for the political studies class, and Glover hopes it will be offered again next year

Glover said she has always been interested in the political process, but really got “inspired” when she was selected for a special Pro-D day at the legislature a few years ago.

Her course isn’t about promoting any particular political point of view, Glover explained.

“I work very hard to remain impartial,” she remarked.

She promotes a “do something” approach, encouraging students to act on their concerns, “to show them how easy it is to get involved in the community.”

“They do have power to do something,” Glover maintained.

She thanked Mercier for speaking about his visit in the legislature.

“It was extra nice to call the kids out by their names.” 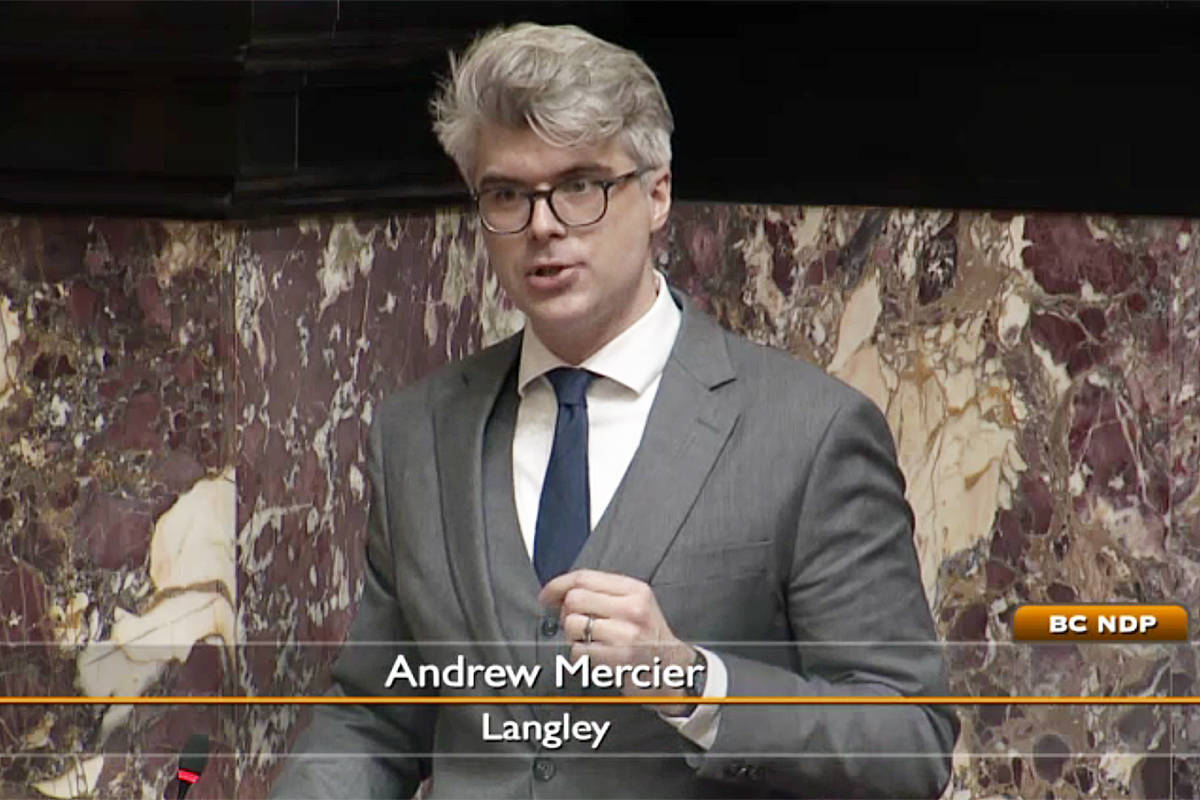