Langley’s R.E. Mountain Secondary School recently welcomed an exhibit on Chief Dan George in an initiative to open the conversation on reconciliation and indigenous history.

On loan from the North Vancouver Museum and Archives, Lesley Gunning – one of the teachers instrumental in bringing the exhibit to the school – said it had been established for Canada’s 150 celebration.

“After coordination with the George family – the travelling exhibit has to come to different spaces. As a school, we are the first non-traditional space to have it,” Gunning said. “I had heard from a colleague that it happened to be in storage at the time. We thought this could be a great learning tool and were able to book it and have the exhibit installed.”

Born in 1899, Chief Dan George was a member of the Tsleil-Waututh Nation – located on the Burrard Inlet at the base of North Vancouver.

He worked tirelessly as both an activist, seeking to promote a better understanding of aboriginal people, and an actor – appearing in many Hollywood films including Little Big Man, The Outlaw Josey Wales, and Harry and Tonto in the 1970s.

Chief Dan George’s great, great grandson Sam George happens to be an Aboriginal support worker at R.E. Mountain, and dedicates his time preserving history and sharing culture with both Indigenous and non-Indigenous students.

“People lost contact with how they were in residential schools,” George said, noting that was the way in which he grew up. “We want to show the impacts of our culture and history – regionally, nationally, and internationally.”

Lucas Mercer, a senior student at the school, works closely with George and helps curate the exhibit.

He noted that through the school program, he has been introduced to many aspects of his own culture such as drum making and oral history, that he otherwise would not have had access to.

“My best friend is my support worker who I eat lunch with every day,” Mercer said.

Langley is one of few districts in the province to have an Aboriginal Support Worker. George said he’s worked in Langley for 16 years, and often brags about how ahead of the curve and advanced the community is.

“Lucas is an example of how we should have been teaching in the first place,” George explained. “Teaching students to be proud of who they are and taught their history in a space meant for that.”

A classroom at R.E. Mountain is designated for George to share traditions and history through hands on learning and conversation.

The exhibit, which officially opened on Jan. 17 which an after school ceremony, completely covers the space with boards and signage covering the legacy of the Tsleil-Waututh Chief.

George’s extended family attended the opening, who came from North Vancouver where Sam also still resides and commutes from.

“Our blood line comes from Chief Dan George,” he said, “they wanted to be at the ceremony.”

George went on to call his great, great grandfather a leader for all aboriginal people who spoke the truth when it needed to be said.

“I didn’t know anything about Chief Dan George before this,” Mercer added, “but, in the most teenager way possible to say this, he seemed like a pretty awesome dude.”

Gunning said the school is in the process of bringing other classrooms from all around Langley School District to the exhibit– as the subject does run through their curriculum.

After student visits slow down, she said R.E. Mountain hopes to open up to the public, as it will be kept at the school until mid-March.

“I hope people learn the truth and that we can teach the truth,” George explained. “Things that haven’t been taught in schools, people now have the opportunity to learn.”

The newly constructed campus at 7633 202a St. where the exhibition is being held, officially opened in September of last year. 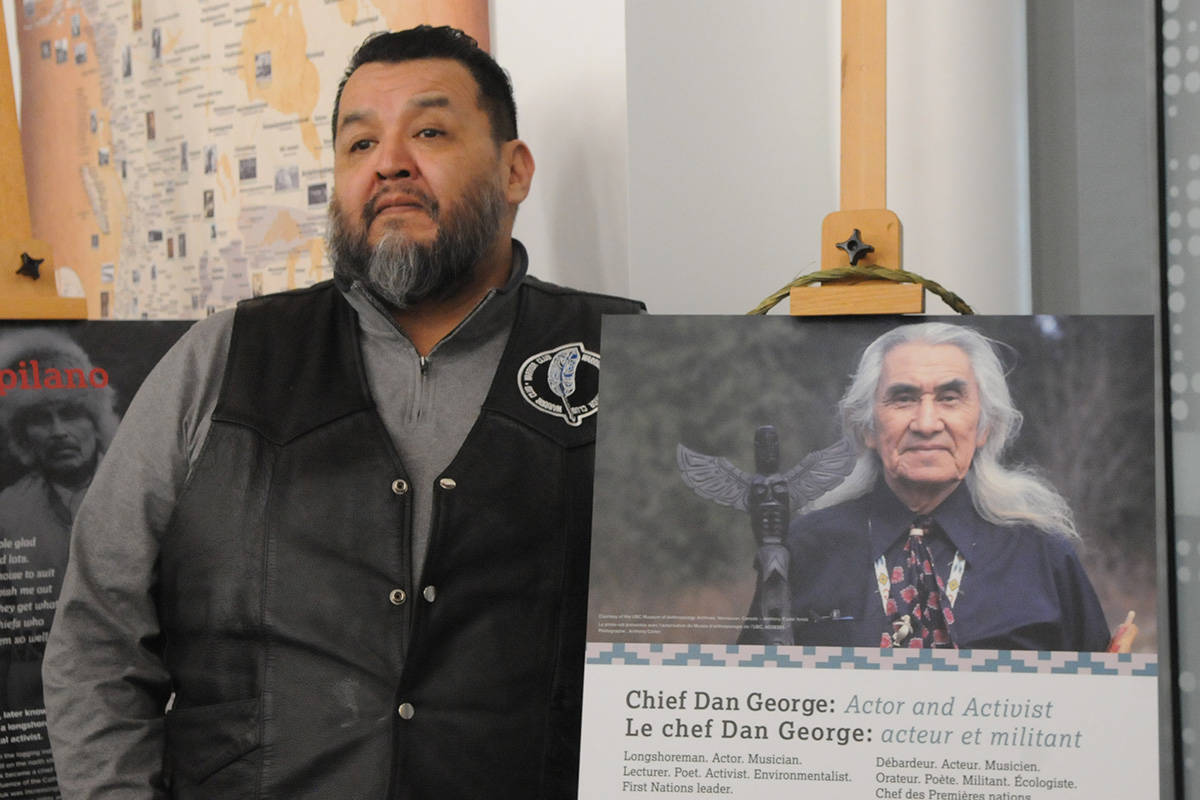 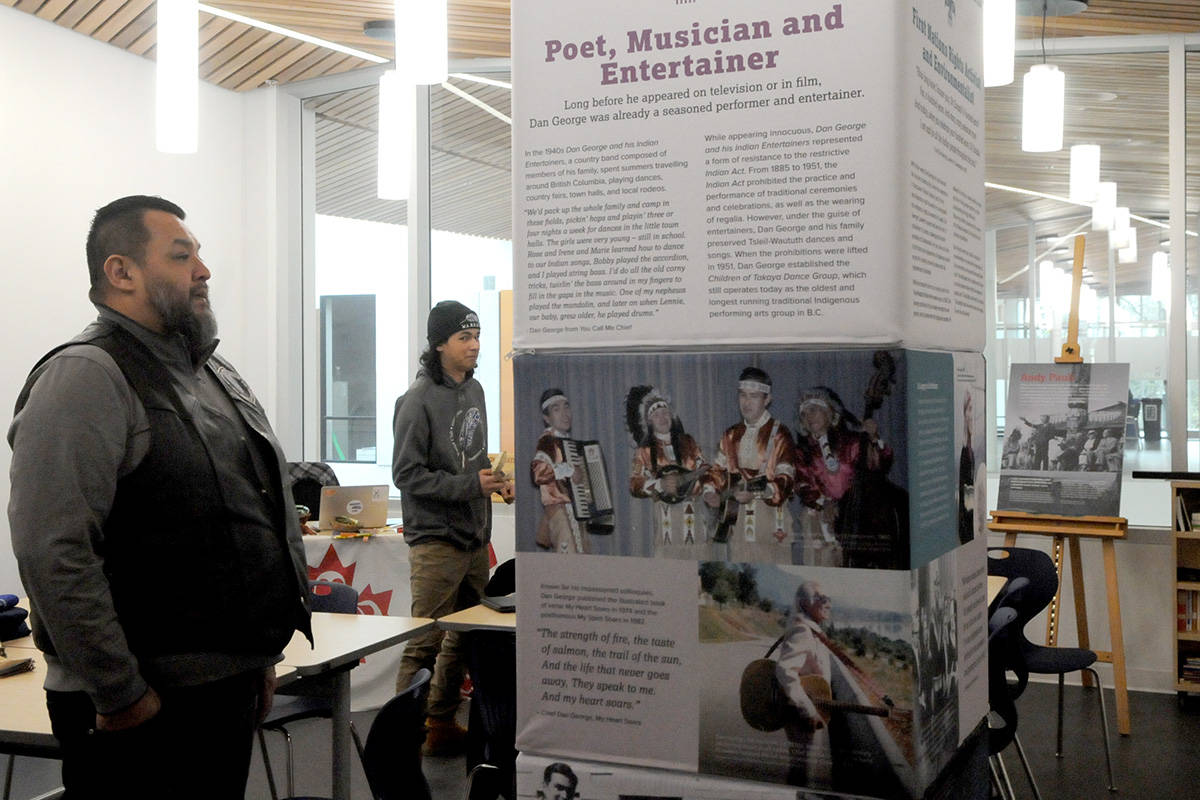 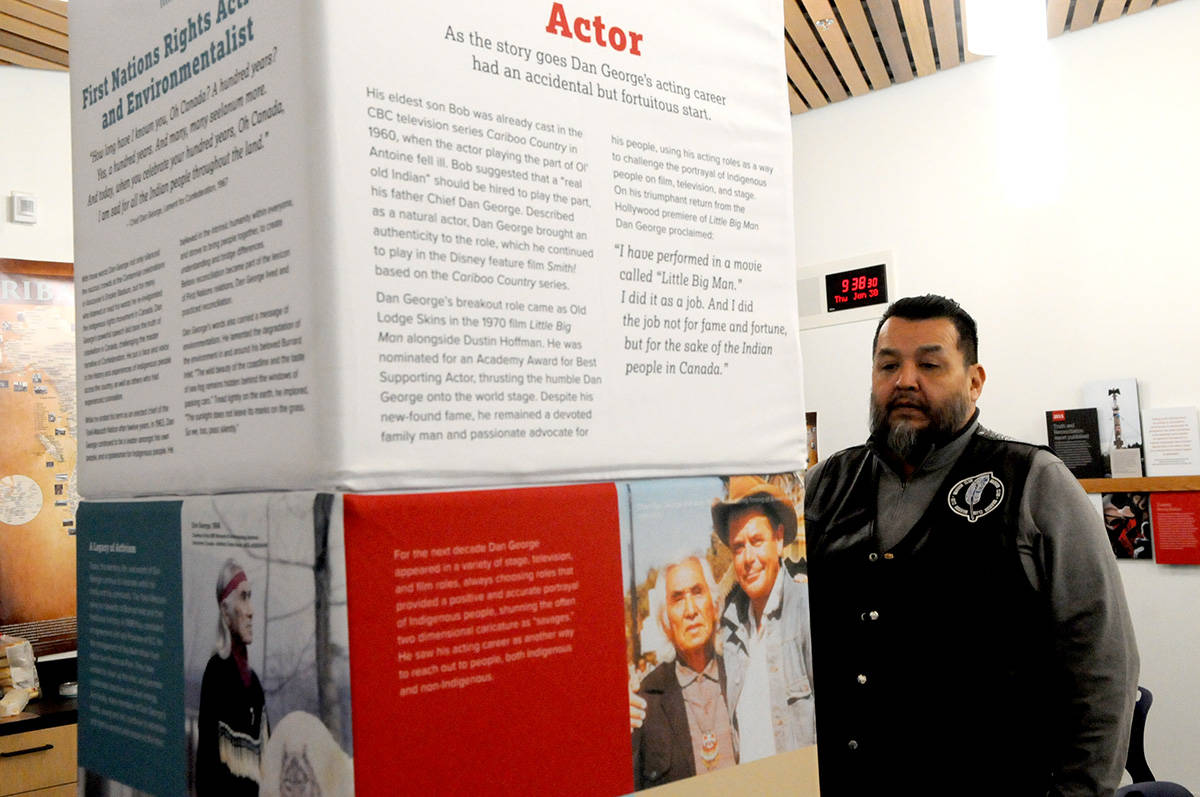 Legion thanks RCMP with free memberships