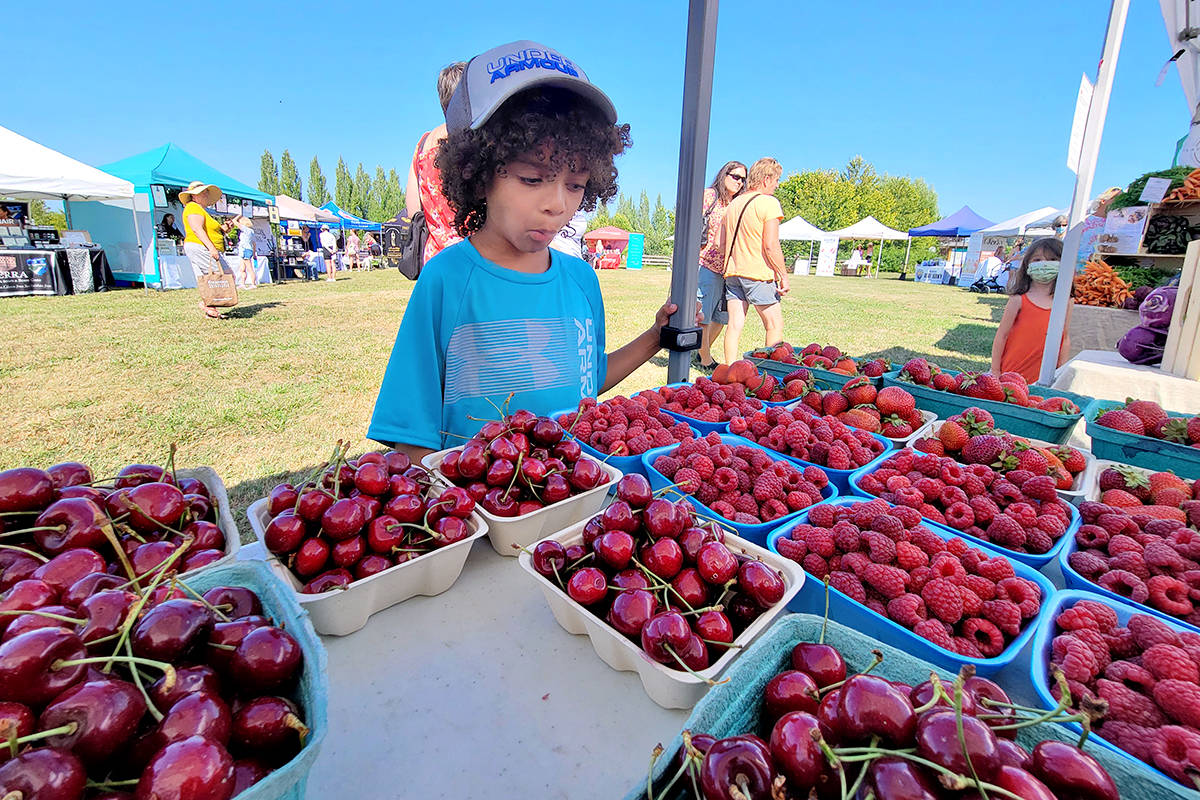 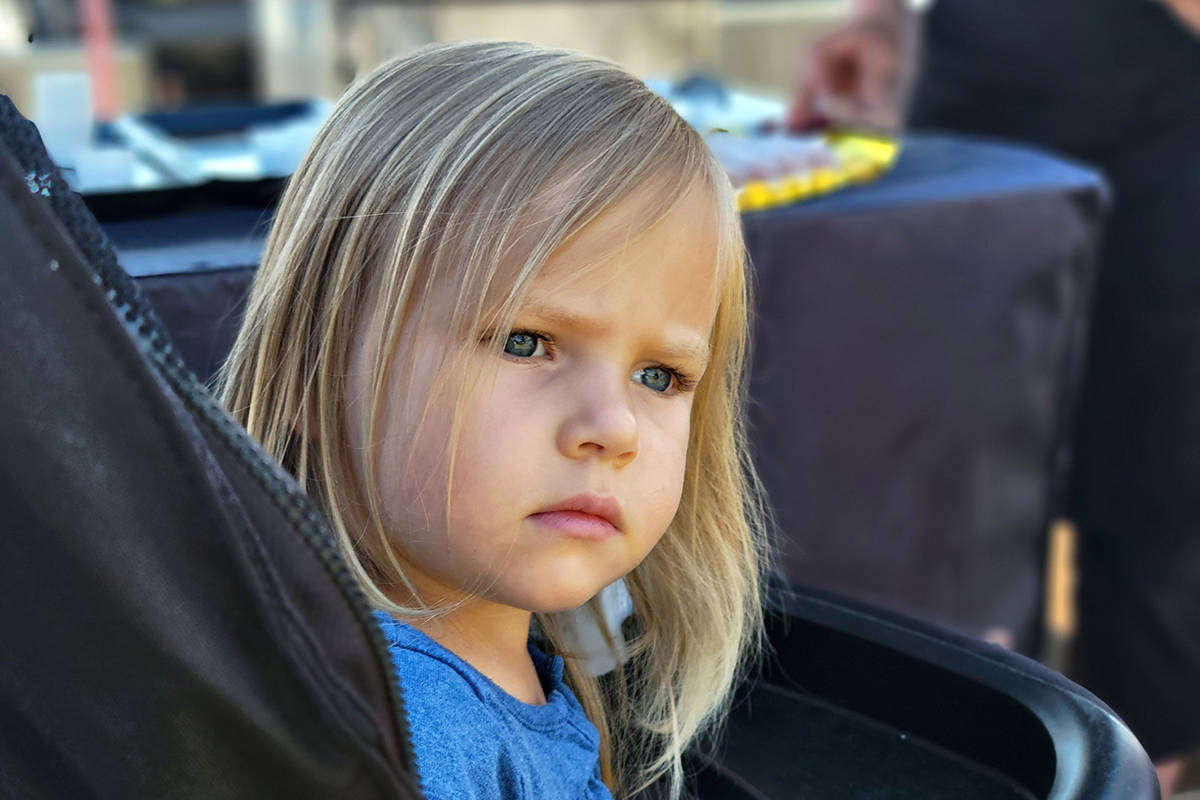 Hazel Heustan, 3, a regular visitor to the Langley Community Farmers Market, had a dream about attending the night before the Wednesday, July 14 fair. (Dan Ferguson/Langley Advance Times) 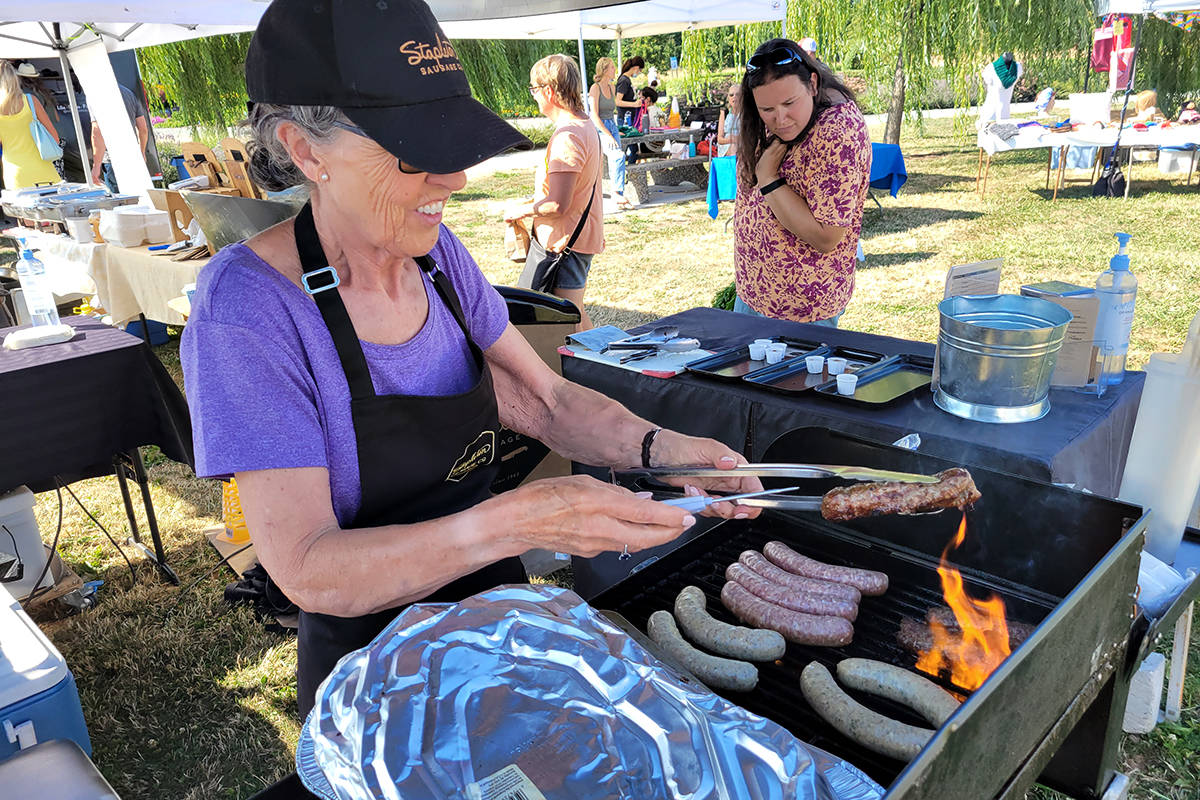 Loretta Stapleton of the Stapleton Sausage Company likes to say that people who ‘quit sausages start again’ when they try her hand-made all-natural sausages. She was one of the vendors at the Langley Community Farmers Market on July 14. (Dan Ferguson/Langley Advance Times) 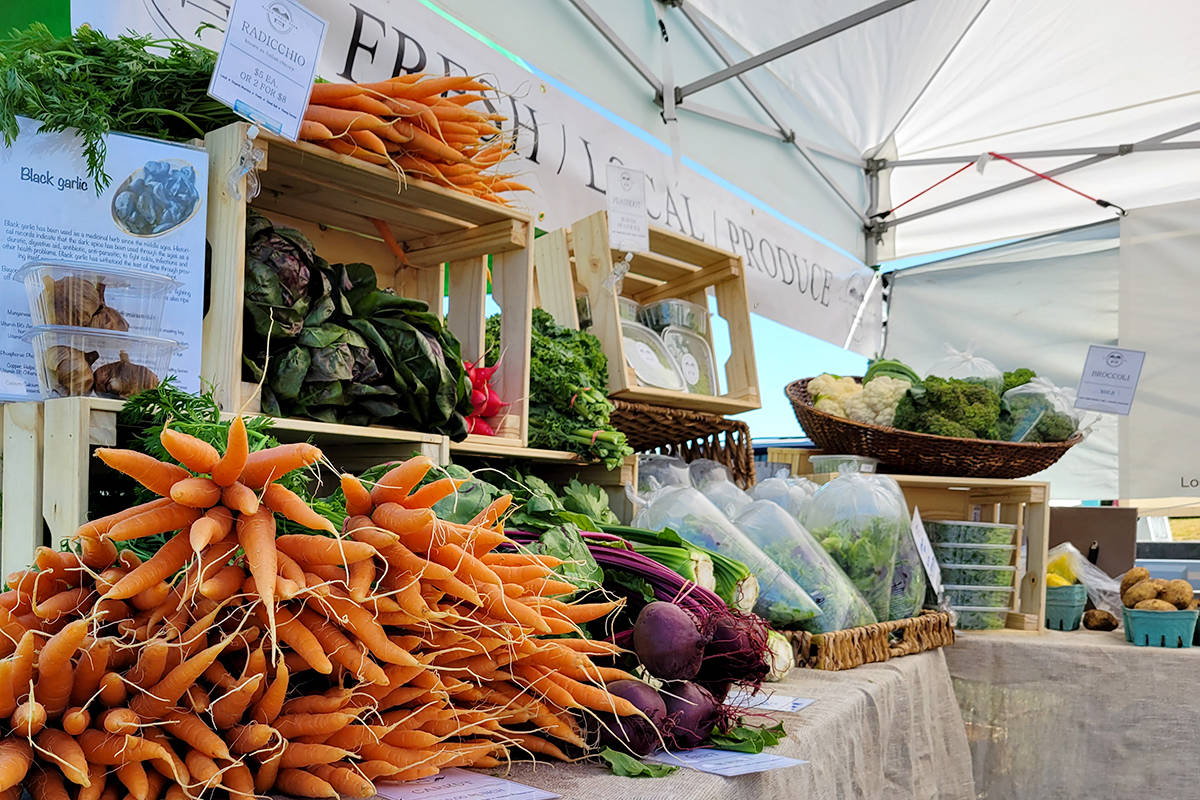 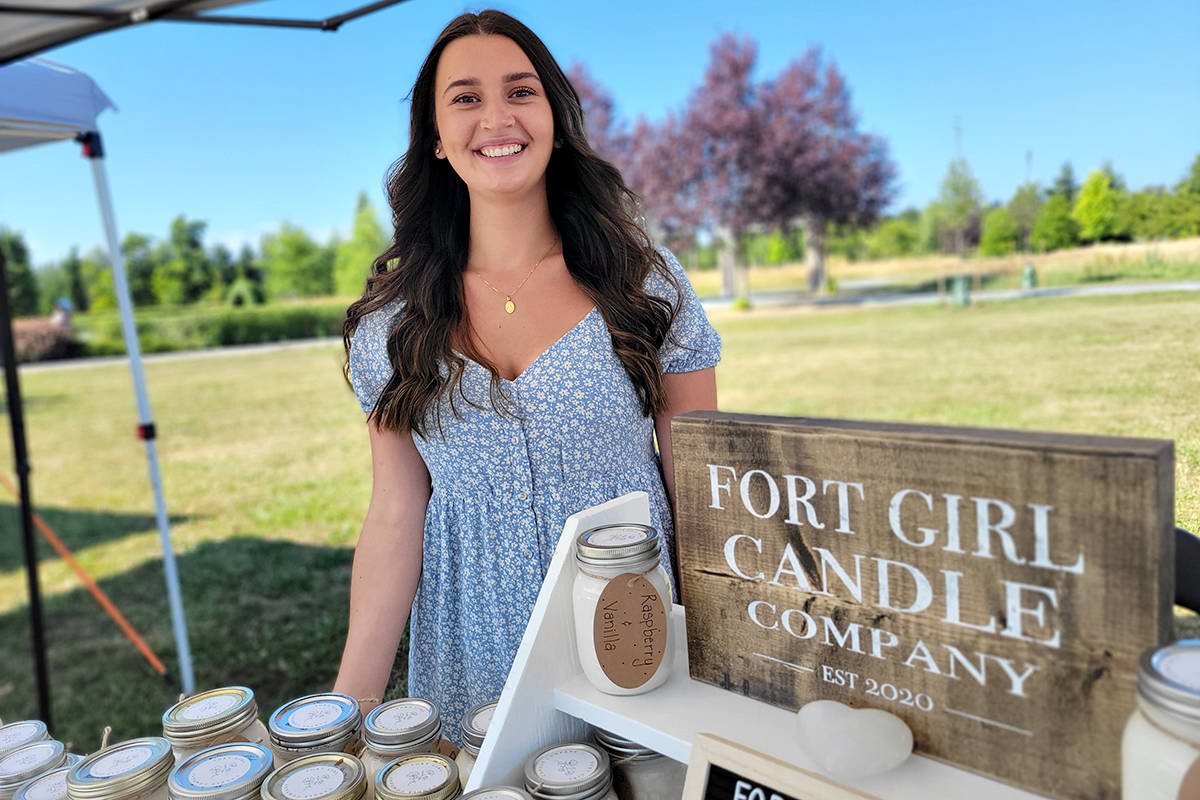 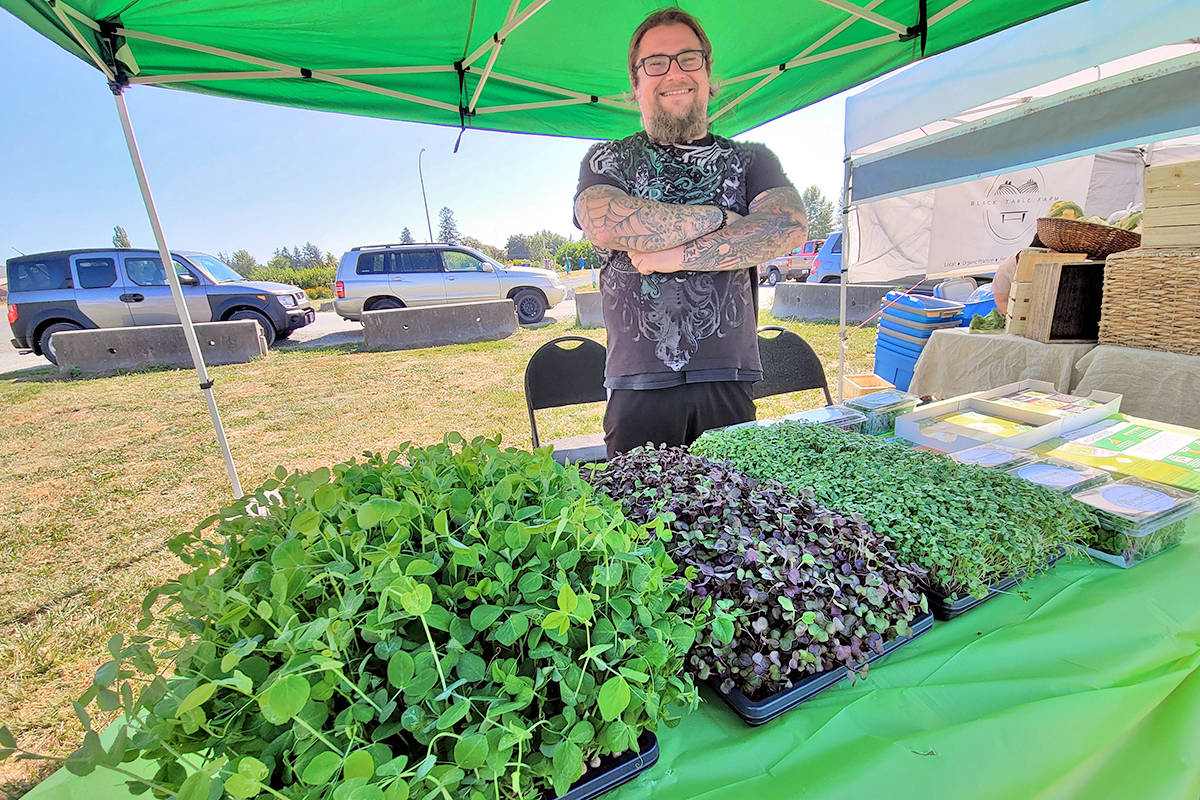 A vendor at the Langley Community Farmers Market was selling his wares on Wednesday, July 14. (Dan Ferguson/Langley Advance Times)

“Business is up,” Smith enthused.

“It is thriving. We’re having a really great season so far.”

In 2019, before the pandemic hit, the non-profit Langley Community Farmers Market Society (LCFMS) announced it was suspending operations to undertake a process of “revisioning” the market after a “disappointing” season operating at the Kwantlen Polytechnic University campus in Langley City.

Smith views the move as a “blessing in disguise” that allowed the market to make needed changes that are drawing a younger demographic than before.

Now a more food-focused market, aimed at dinners for the “after work crowd” with a policy calling for at least 80 per cent local vendors, Smith estimates sales are up 40 per cent, and customer traffic is up 70 percent at the market’s new home, Derek Doubleday Arboretum at 21559 Fraser Hwy.

And that’s with a COVID-compliant layout that emphasizes space between vendors and plenty of socially-distant room for visitors.

“It’s not a rush, just a constant streaming in,” Smith told the Langley Advance Times during the Wednesday, July 14 market.

I think people were just craving for some outdoor activity to do with their family, especially when it comes to the summer months.”

“For a small market, I’ve been kept busy,” Stapleton remarked.

Langley City resident Page Mayrand said her daughter Hazel, 3, reported having a dream about going to the market when she woke up that day.

“We were regulars,” Mayrand explained.

“We went every week, every year, until last year when they took a break.”

Mayrand said she and Hazel were “very happy” to see the market back.

“We missed it terribly.”

More pictures of the market can be seen online.