Jim Armstrong has reason to be concerned.

The president of the Nicomekl Enhancement Society says urbanization, pollution, and events such as a recent spill into a tributary close to the society’s hatchery have put the future of local salmon in peril.

“It’s significant,” Armstrong said. “It’s the biggest threat to whether we’re going to be able to do this in the next decade or not.

“The salmon populations in the Pacific Coast are under threat… numbers are dwindling, becoming endangered, threatened, and at some point in time, if it continues, they’ll be extinct.”

Society volunteer Mike Andrews said, “everything dies if we don’t police it and look after it.”

Entirely run by volunteers, the society is dedicated to the preservation and restoration of the Nicomekl River Watershed, and raises roughly 400,000 Chinook, coho, and chum salmon for release into local waters in the spring and summer months.

On April 1, the society released 100,000 chum into four creeks in Langley and Surrey.

The hatchery also hosts educational programs for 27 elementary schools in Langley, where students from 31 classrooms incubate coho eggs provided by the society, raise them to the fry stage, and then bring the young salmon back to the hatchery for release.

Three years ago, Armstrong said the stream behind the hatchery “was wiped out by the east Langley water main blowout.”

An incident two weeks ago where a truck spilled gravel and hydraulic fluid into Michael’s Brooke wiped out all that work, Armstrong contends. “As a professional biologist I’ve already assessed it, and I had to mitigate the spill.”

Armstrong alleges that the driver “pulled his truck out without authorization, and left.”

The spill smothered the fry in the spawning beds, “so they can’t emerge and they suffocate,” Armstrong claims.

“None of the wild stock that emerged from the stream will be going to the ocean or returning in four years,” he added.

Armstrong worked for Metro Vancouver and wrote the integrated storm water management plan for the region.

“Metro Vancouver was put on notice in 2012 to develop that plan which all municipalities have to participate in,” he said. “It was an indicator of how stream health is. The unfortunate part is a lot of streams are deteriorating because of development or agriculture.”

Armstrong cited an example in which, he says, a farmer “cut every tree, everything, right down to the stream, including filling in part of the tributary.”

On April 28, the society is hosting its annual open house at the hatchery, 5263 232 St. The event includes tours, the release of 30,000 salmon fry into Hatchery Stream, and hotdogs and pop by donation. 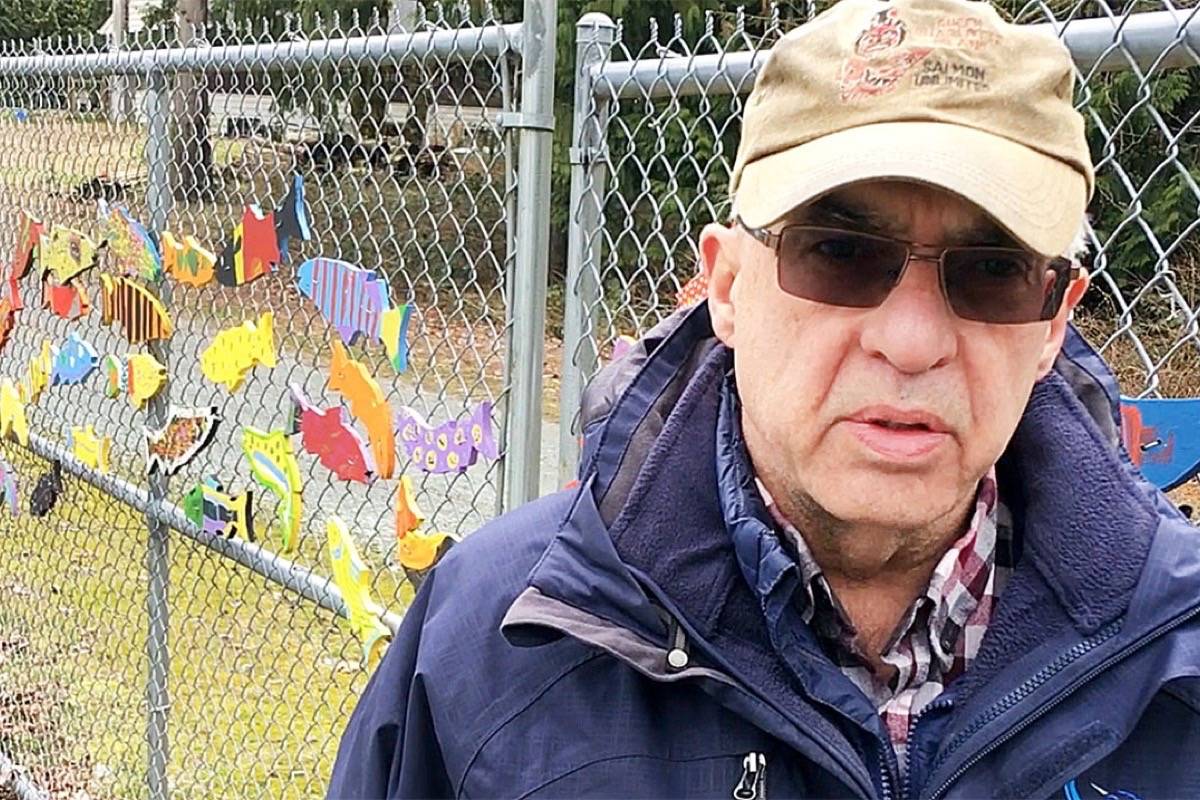 Surrey Little Theatre on the hunt for a new home