“If you think about it, we’re all related to everyone,” Ryan Burns said to Valen Munsil.

On Saturday, the two members of the First Fort Langley Scout Troop were applying soap and water to a headstone in the veterans section of the historic Fort Langley cemetery and gently scrubbing it clean with small brushes.

They were among more than two dozen scouts and supporters who took part in the second annual pre-Remembrance Day clean of the veterans memorial markers.

Burns had been struck by the fact that the last name on the headstone was the same as his.

The First Fort Langley Scout Troop carried out the clean-up for the first time last year.

Scout leader Jonathan Meads said after the trial clean, the scouts wanted to come back.

“The youth expressed a desire to do this again,” Meads said.

This year, the Fort Langley troop was joined by the Walnut Grove scout troop.

“We wanted to help them out,” Walnut Grove troop leader Colleen Campbell said.

Before the scouts started the cleanup, they were told about the history of the cemetery and the cenotaph by Langley author and historian Warren Sommer.

On Remembrance Day, the cemetery will be the site of what is expected to be the largest memorial service in the Langleys, with thounsands expected to attend.

This year, organizers plan to mark the 100 years since the end of the First World War by reading the names of all the Langley servicemen who died in the conflict. 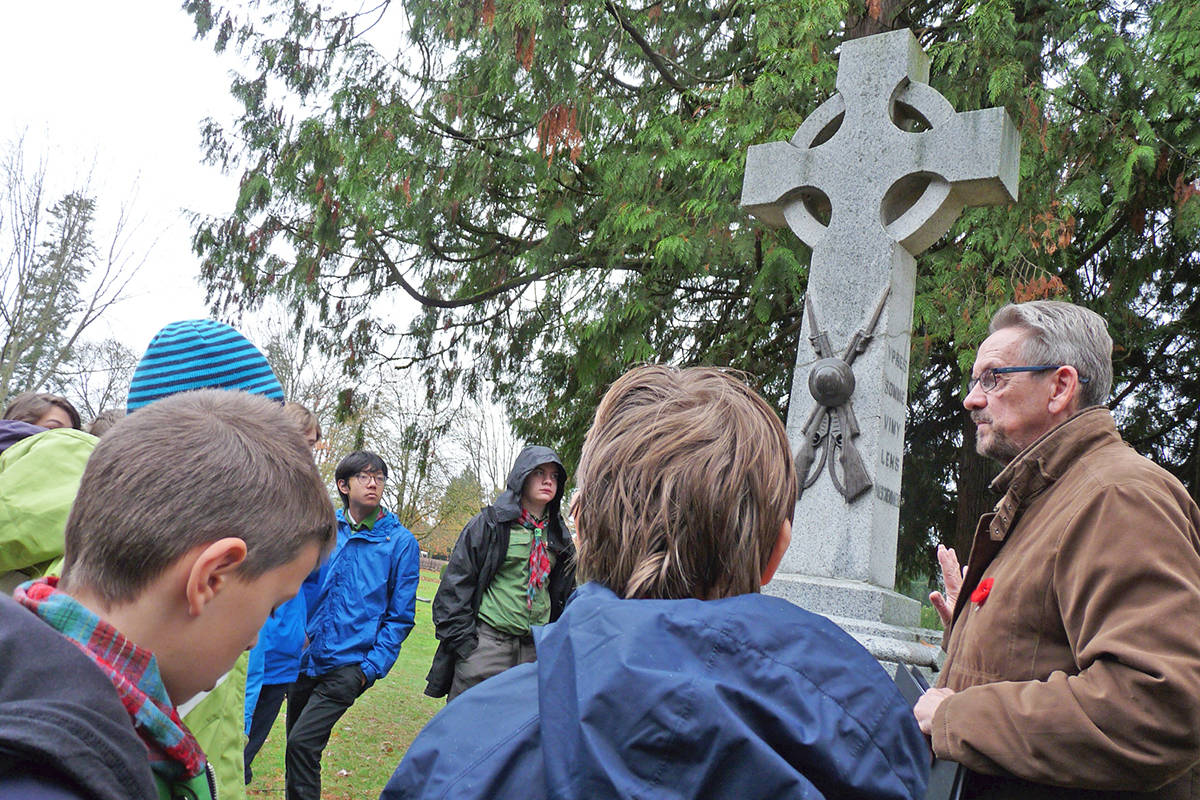