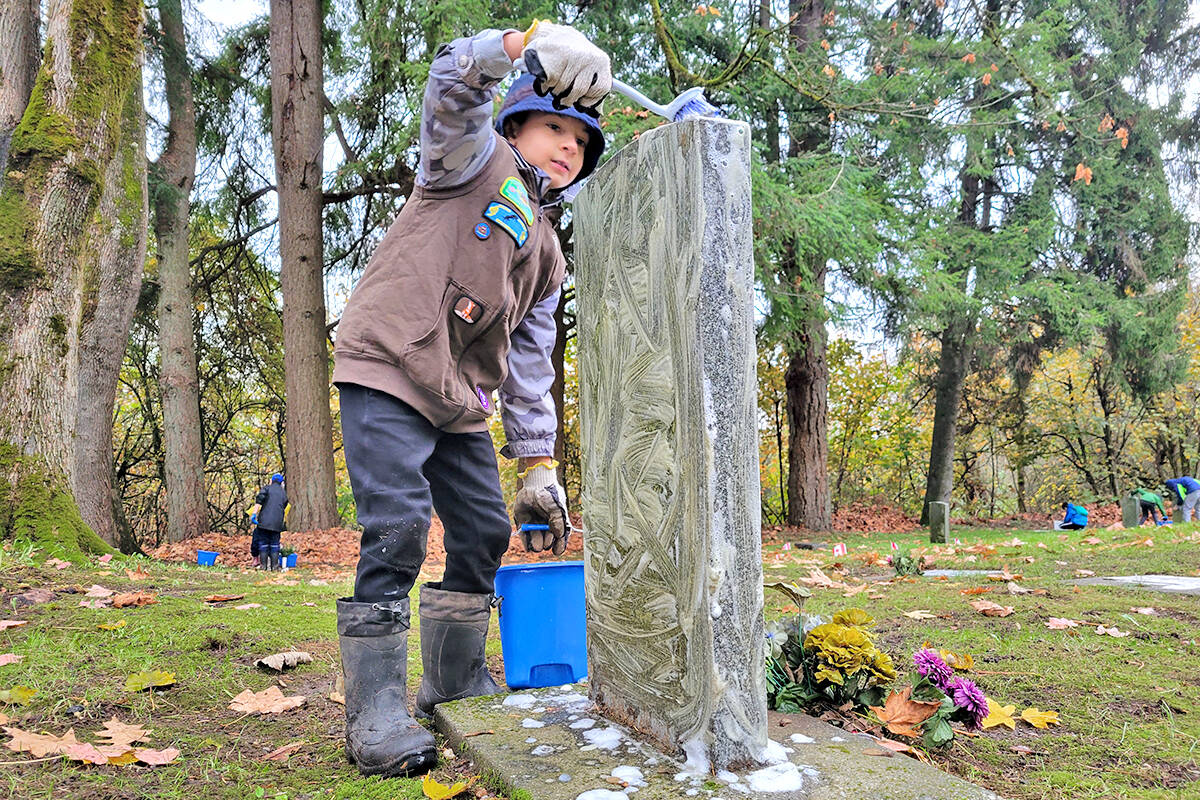 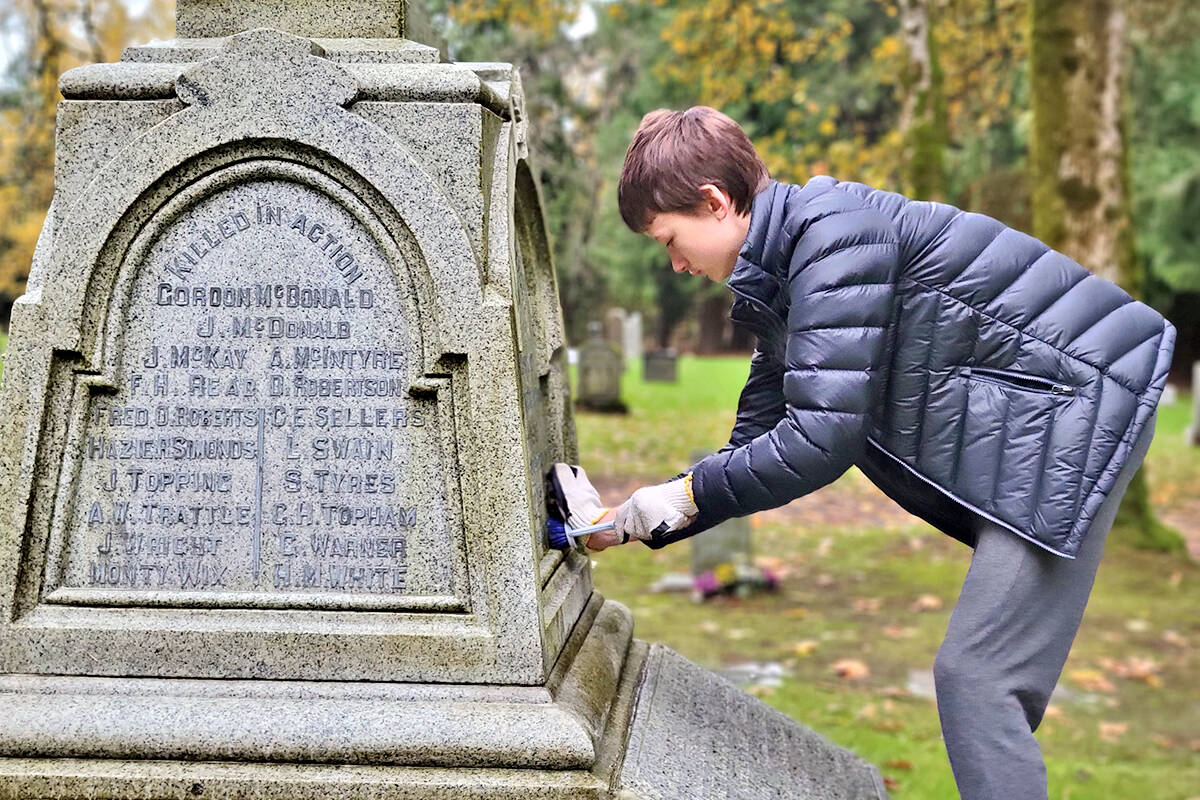 Carson Post works on the Murrayville cenotaph. He was one of several members of the Second Langley Mavericks scout group who attended to veterans headstones at the cemetery on Saturday, Nov. 6, to prepare for Remembrance Day. (Dan Ferguson/Langley Advance Times) 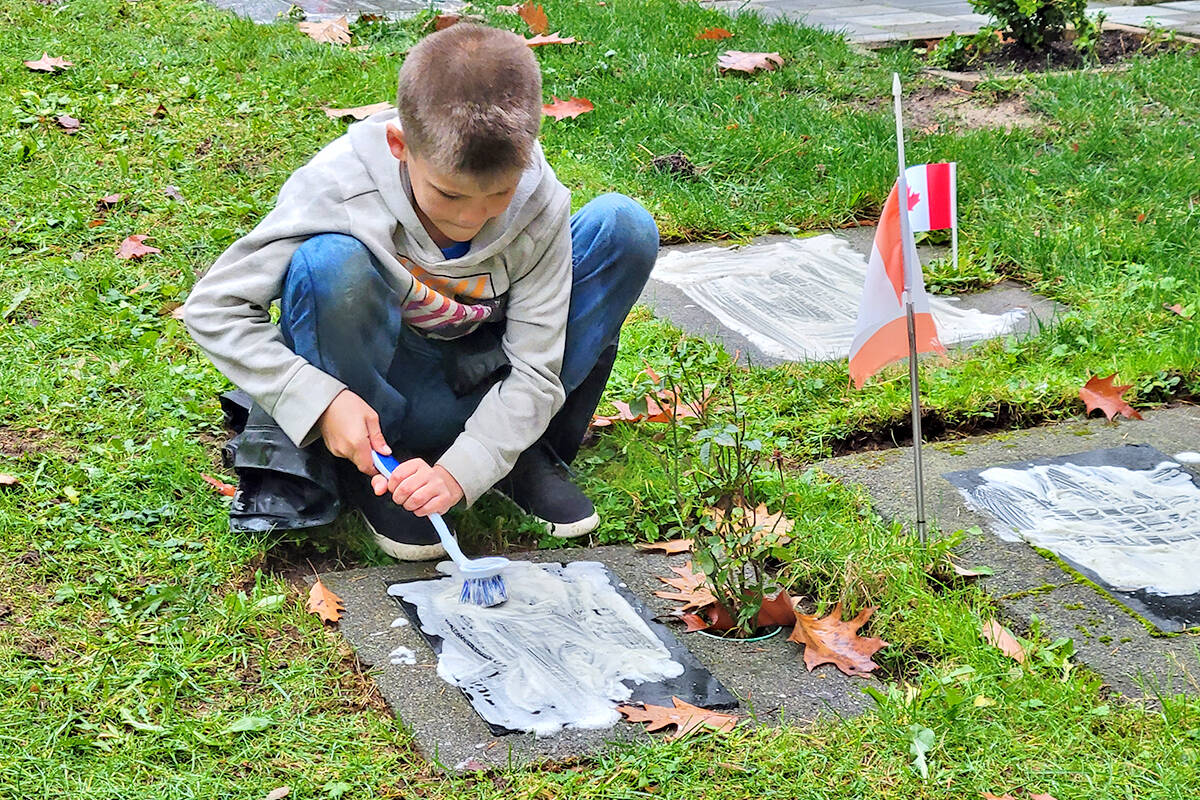 Carter Wilder and other members of the Second Langley Mavericks scout group attended to veterans headstones at the Murrayville cemetery on Saturday, Nov. 6, to prepare for Remembrance Day. (Dan Ferguson/Langley Advance Times) 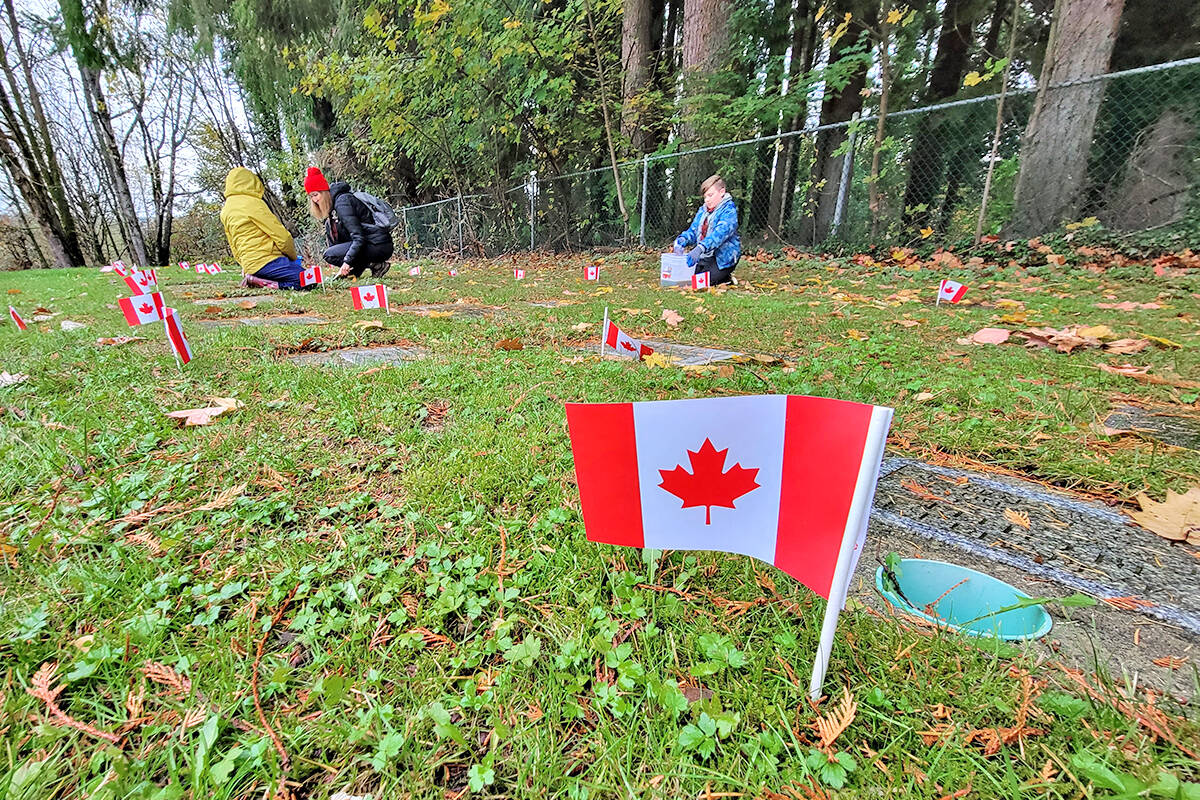 Fourteen-year-old Jordan Worrall was a little melancholy as he toiled away, using soapy water and a soft brush to remove grime from a gravestone in Murrayville this past weekend.

One marker, in particular, moved the young man.

He served with the 101st battalion of the Canadian Expeditionary Force in the First World War, then served in the Second World War with the Veterans Guards, Canadian-based soldiers whose assignments included security at 40 internment and prisoner-of-war camps across the country.

The records show Seymour enlisted in January of 1943, and died in July of that year, at the age of 55.

On the Saturday before Remembrance Day, Seymour’s headstone was attended to by his great-great nephew at the Murrayville cemetery.

“I feel a little proud,” Worrall said – and a little sad, too, when he thought about his great-great uncle’s sacrifice. 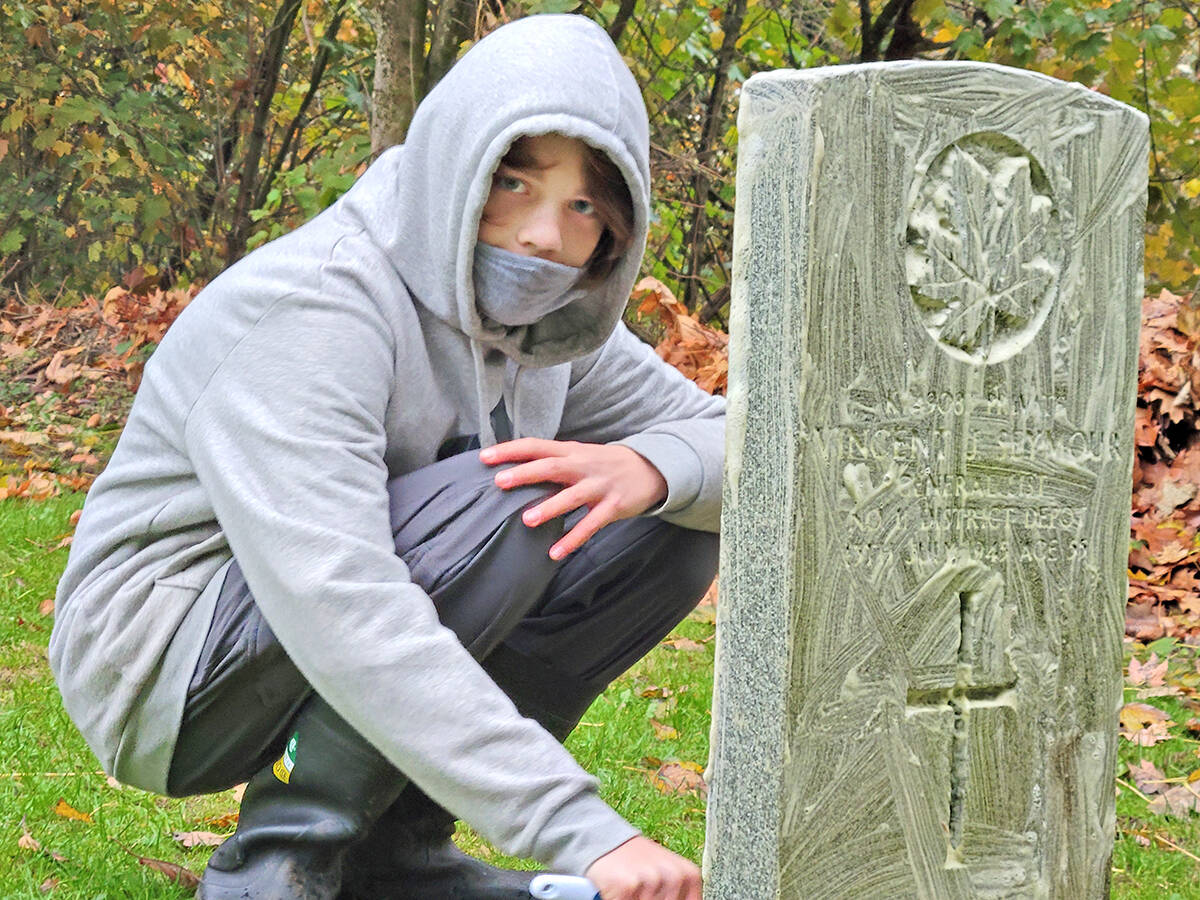 Jordan Worrall works on his great-great uncle’s headstone. He was one of the Second Langley Mavericks scout group who attended to veterans headstones at the Murrayville cemetery on Saturday, Nov. 6, to prepare for Remembrance Day. (Dan Ferguson/Langley Advance Times)

Worrall was one of more than a dozen members of the Second Langley Mavericks scout troop who spent the morning cleaning the headstones of the fallen.

Mavericks scout leader Roger Worrall said it was the fourth year the scouts have looked after the Murrayville cemetery.

“The kids understand the significance of what the veterans have done for us,” he said.

Scouts were also at work on Saturday at the Fort Langley cenotaph, where, for the fifth year in a row, scouts from the First Walnut Grove, First Fort Langley, and First Willoughby scout troops were tending to veterans graves.

This year, a livestream of the the Fort Langley and Murrayville ceremonieswill be available at www.FortLangleyRemembers.com and www.MurrayvilleRemembranceDay.ca.

More photos of the scout cleanup effort can be seen at the Langley Advance Times Facebook page.

VIDEO: Home of Aldergrove woman battling cancer is getting a major makeover