South Langley’s Dick Deck joined the “Caterpillar Club” on Jan. 17, 1945, when a night fighter shot down “Easy,” his Halifax bomber, during a raid on Germany.

Organized by a parachute manufacturer, the club recognizes fliers who bailed out and survived thanks to the canopy of the silk spun by caterpillars.

Deck, Easy’s bomb aimer, still has the telegram from the RCAF casualty office that informed his family.

On Saturday, Sept. 20, 2021 – a few days before his 100th birthday on Oct. 8 – Deck was sharing some of his documents with his son Brian and the Langley Advance Times.

He described how, as a bomb aimer, he would direct the pilot to target.

“As soon as you drop the bombs, a photograph goes off [to record the drop].”

He produced a black and white photo that showed an explosion where the bomb hit and many small puffs of what looked like white smoke. 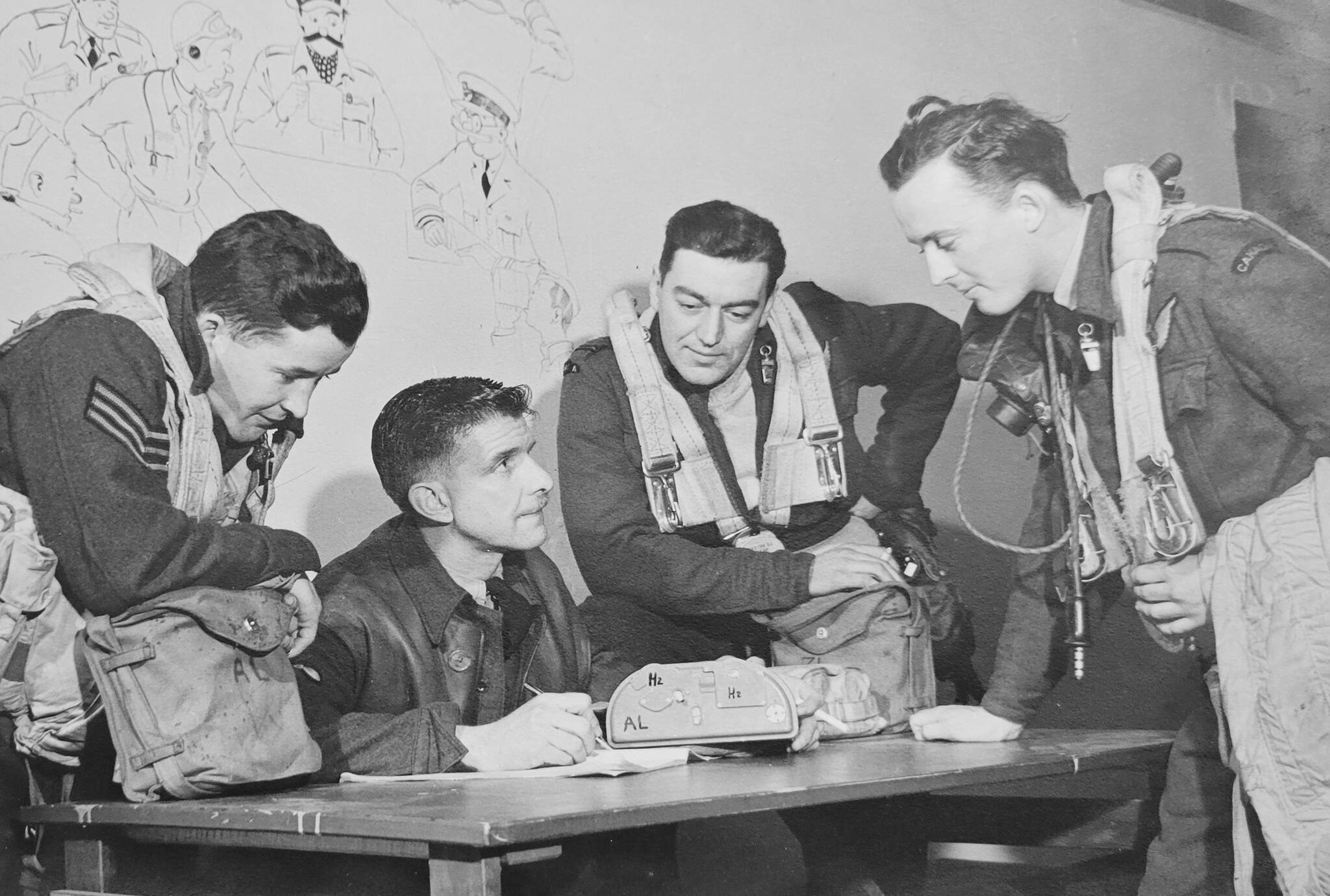 Dick Deck (far right), during a debriefing following a bombing mission over Germany during the Second World War. (Special to Langley Advance Times)

“You can see the anti-aircraft ‘ack-ack’,” Deck described. “We got hit pretty near every time.”

Sometimes the bomber would suffer so much damage, it would be forced to land at the nearest base it could find, rather than trying to make it all the way back to its base.

“We made it home most times,” he observed.

The one time he didn’t, Deck ended up a German prisoner of war.

With the war nearing an end, the 30th flight by Easy’s seven-man aircrew was supposed to be their final mission.

They were over Magdeburg, “one of the hottest targets in Germany,” when they were hit. The main gas tanks caught fire. 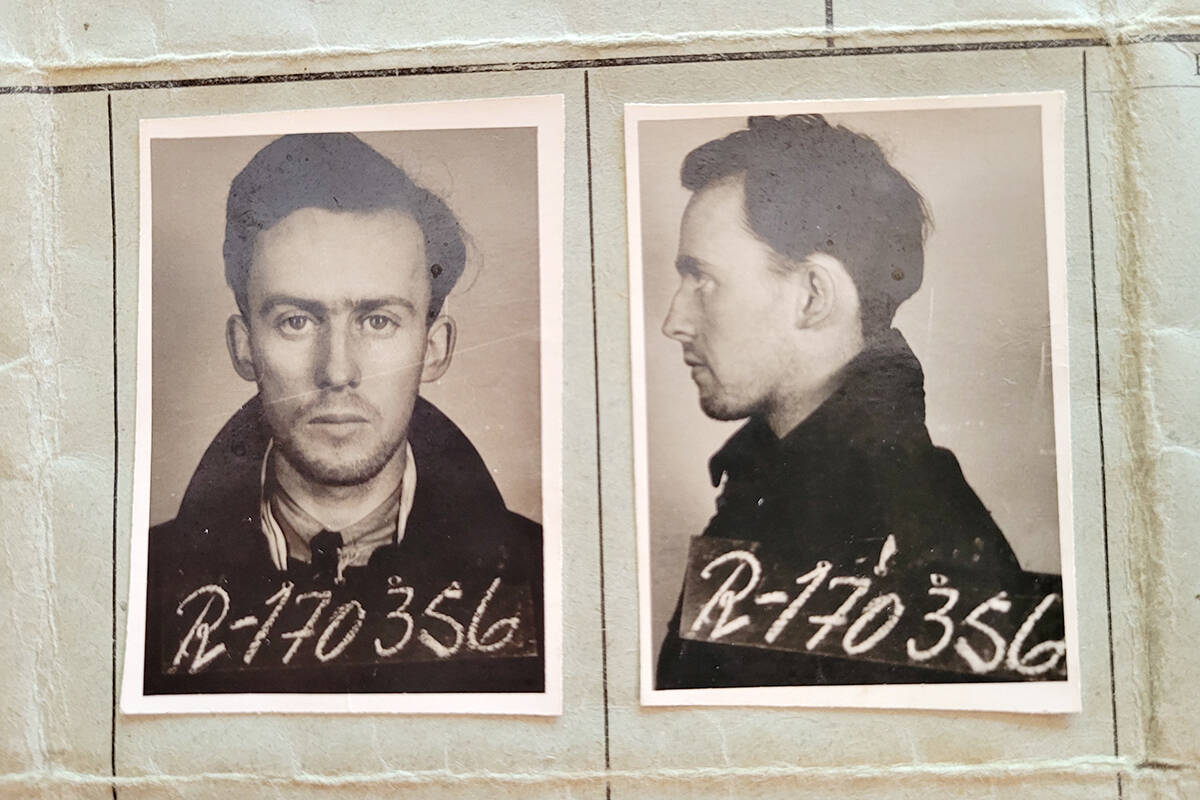 Dick Deck’s German prisoner of war record. During the Second World War, he was a bomb aimer in an aircraft that was shot down over Germany. (Special to Langley Advance Times)

As Deck floated to earth, he saw a German fighter coming his way.

In an unpublished written memoir, he described the moment.

“It appeared as though he was coming straight at me, and I’ve never prayed so seriously in my life as I did then. I still think he must have been blind or else a human being [who spared me] because, as I hung there, waiting to meet my maker, he turned and climbed above me and I never heard him again.”

After several days avoiding capture, a cold and hungry Deck was finally picked up by German authorities and sent to a prison camp.

Then, one day Deck and his fellow prisoners woke up to find their German guards had disappeared.

During the night the U.S. 3rd Army had arrived, and they were free.

Excerpts from his account were published in “Airmen’s Incredible Escapes: accounts of survival in the Second World War” by Bryn Evans. 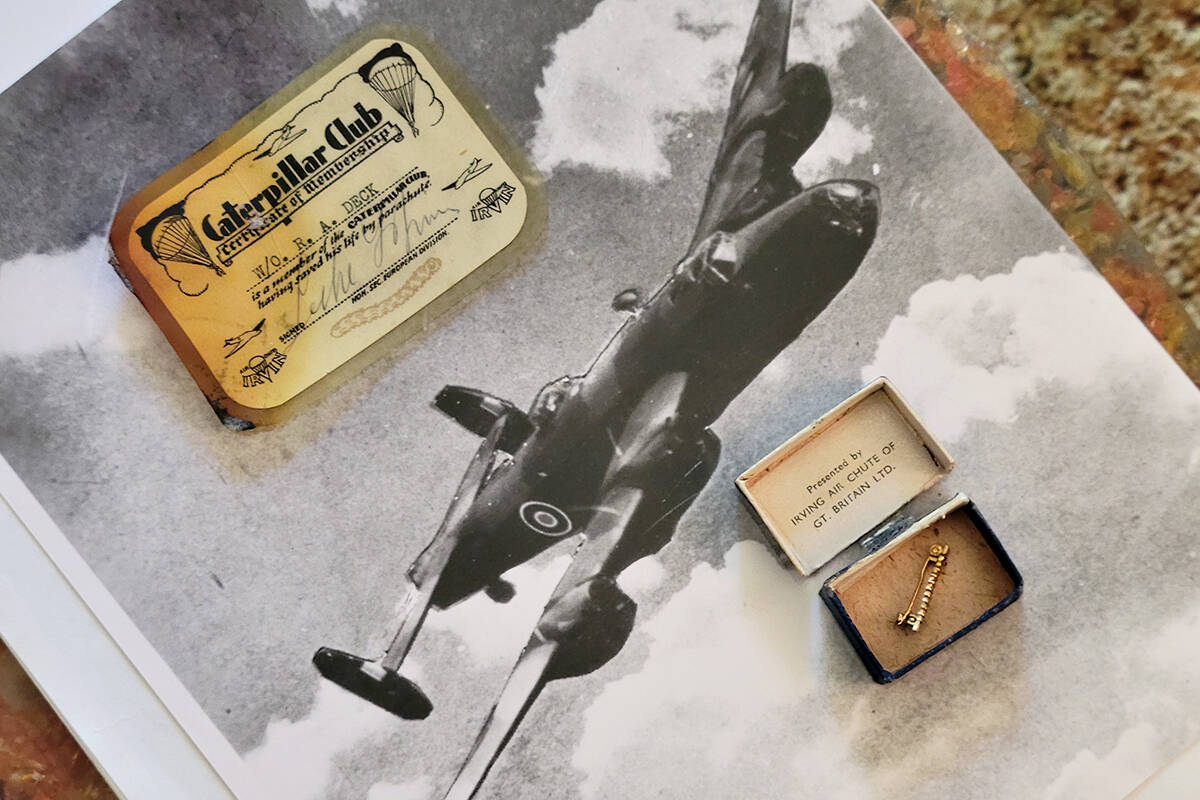 R.A. ‘Dick’ Deck joined the ‘Caterpillar Cub’ when he bailed out of an R.C.A.F. Halifax Bomber (as pictured) that was shot down over Germany. (Dan Ferguson/Langley Advance Times)

Deck laughed when he came across a long-forgotten small box of medals among his papers.

“I’ve never worn them,” he chuckled. “They came in the mail.”

Deck still lives in his home of 50 years, tending a garden that is smaller than it used to be, when his wife Jean – who passed away 16 years ago – was there to work on it with him.

He is not that impressed about reaching 100.

“It’s just another day,” he commented.

“I’m just thankful for just being here,” he went on to say.

READ ALSO: When you turn 100, you can eat all the sweets you want

“All through my life, I’ve had lots of things to be thankful for.”

Deck has three children, seven grandchildren, and 11 great grand-children, proudly displayed on a wall of pictures that hangs neatly in front of his fireplace.

On Oct. 8, most of them will be at his South Langley home.

An RCAF fly-past has been arranged, and there are now plans to have his medals properly mounted, and to have him wear them to the Royal Canadian Legion in Cloverdale on Remembrance Day.