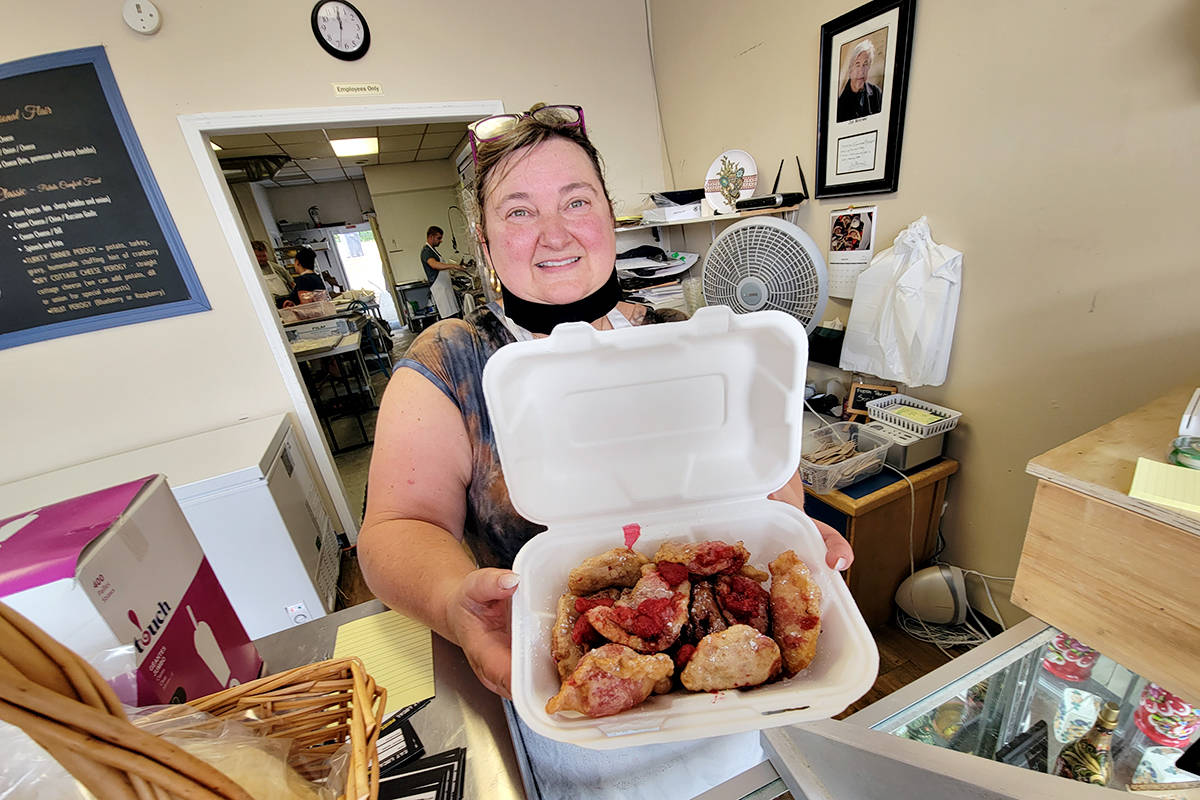 A busy Veronica Cave of Veronica’s Gourmet Perogies was one of several Aldergrove outlets offering special takeout menus for the Tastes of Our Town event on Saturday, Aug. 14. (Dan Ferguson/Langley Advance Times) 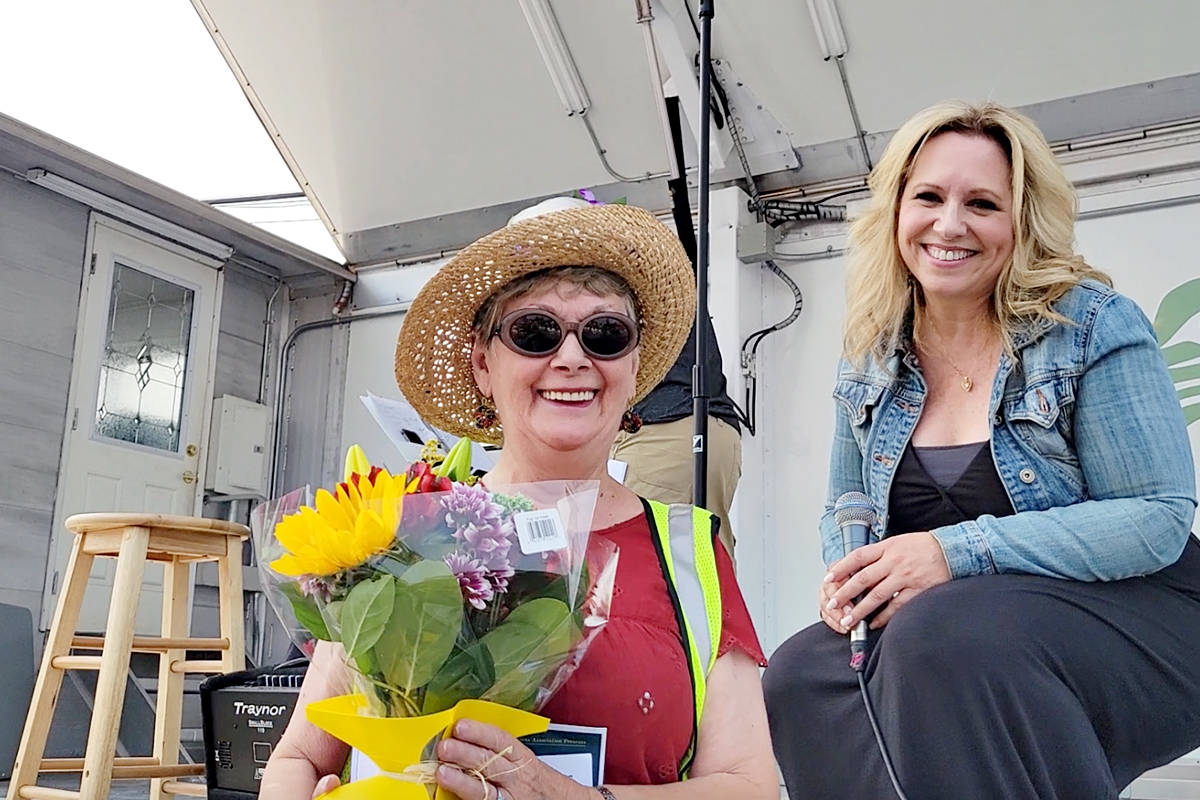 Marie Gold (L) , whose initiative led to the Tastes of Our Town event in Aldergrove on Saturday, Aug. 14, was singled out for recognition by event MC, singer Alyssa Nielsen. (R) (Dan Ferguson/Langley Advance Times) 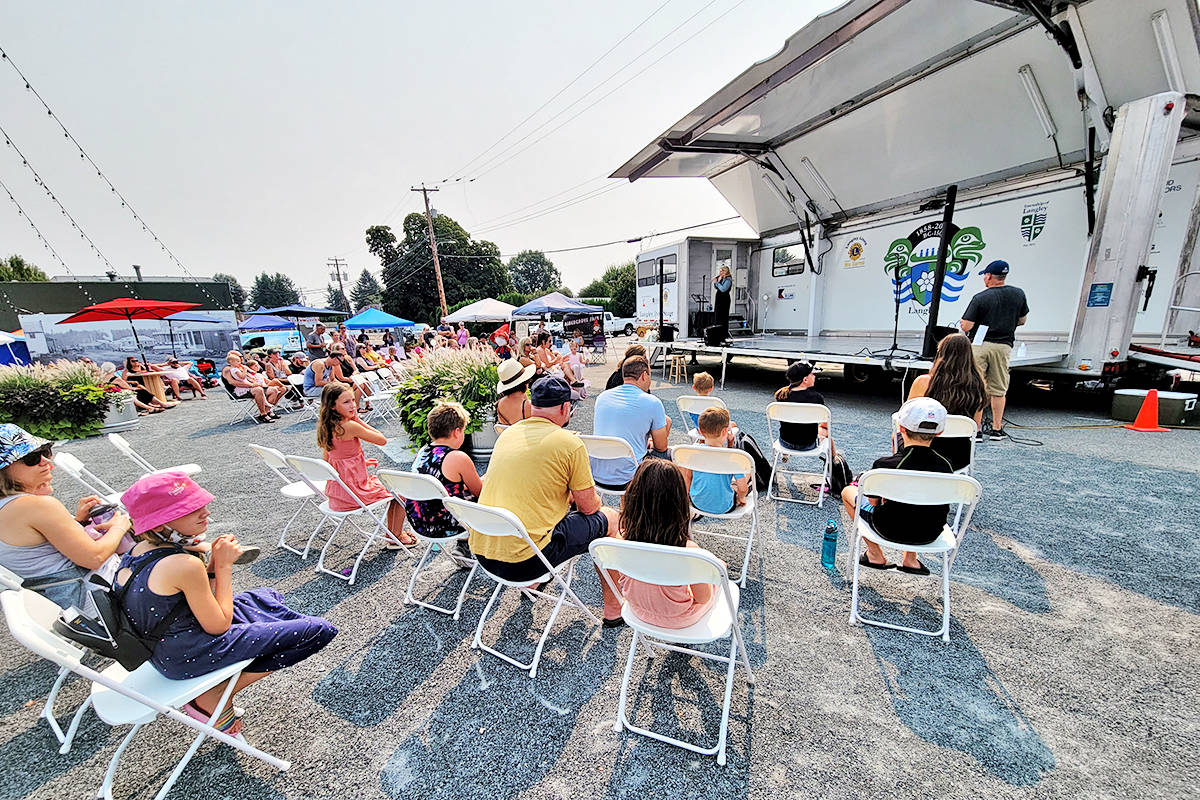 Turnout was good at the Tastes of Our Town event in Aldergrove on Saturday, Aug. 14. (Dan Ferguson/Langley Advance Times) 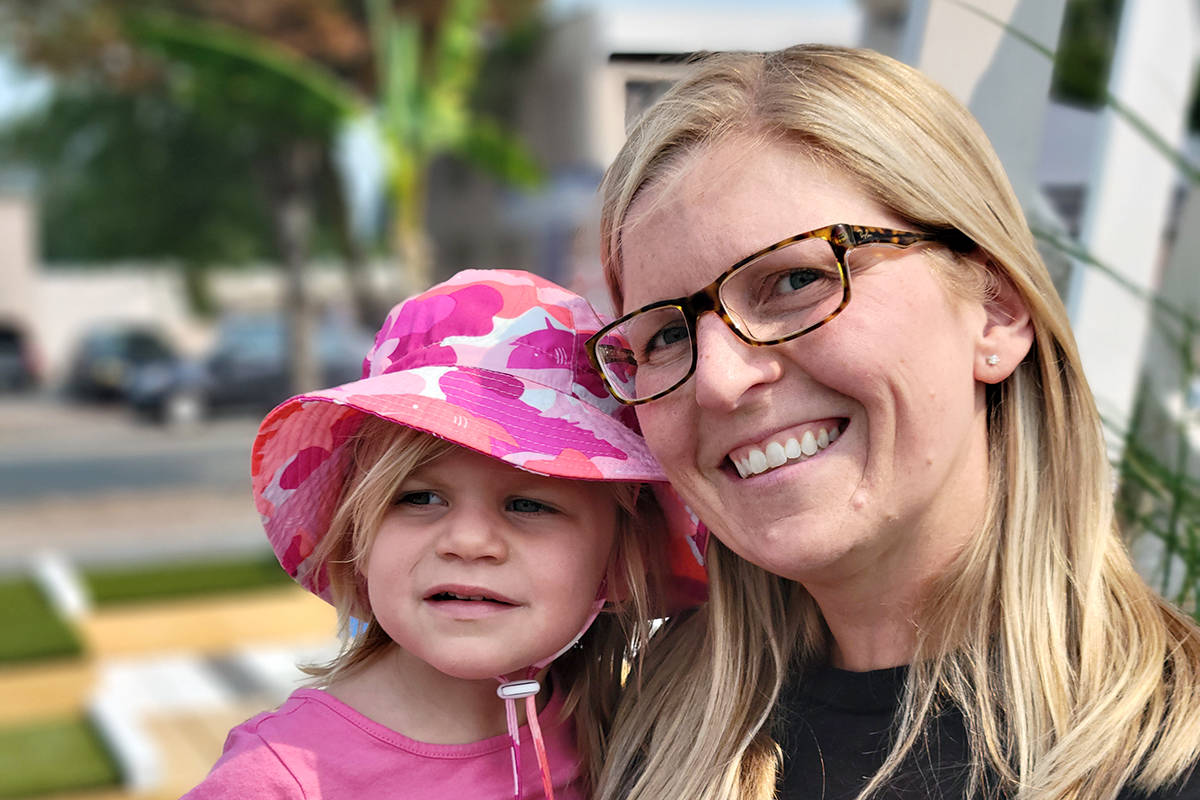 Turnout was good at the family-friendly Tastes of Our Town event in Aldergrove on Saturday, Aug. 14., (Dan Ferguson/Langley Advance Times)

After the success of the first lunchtime Tastes of Our Town event, Aldergrove Business Association vice-president Veronica Cave is predicting there will be another.

“We’re going to do it again, make it bigger,” Cave remarked after the Saturday Aug. 14 event that presented live entertainment in the new plaza space in downtown Aldergrove as part of an eat-local promotion for participating local businesses, who were offering special take-out menus for people to nosh while watching.

On the day of the event, Cave, owner of Veronica’s Gourmet Perogies, was kept busy keeping up with demand.

Cave said the promotion was put together in a short period of time.

“It was really quick,” Cave recalled, but interest was immediate.

“All the restaurants were very eager to participate.”

Members of the Kick It Up A Notch Academy of Dance were featured performers in the temporary public space, available for use by local groups to have public gatherings, that was created by the Township after the Alder Inn hotel was demolished. 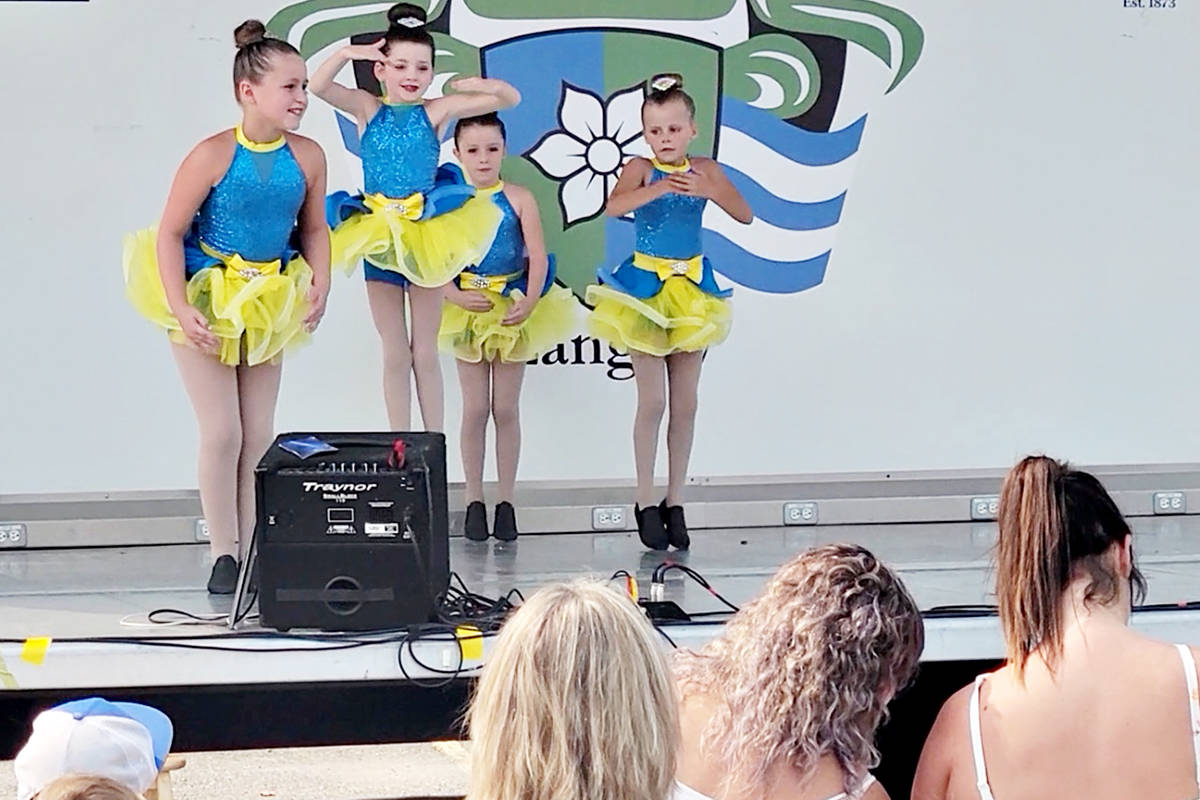 Members of the Kick It Up A Notch Academy of Dance were featured performers at the Tastes of Our Town event in Aldergrove on Saturday, Aug. 14. (R) (Dan Ferguson/Langley Advance Times)

Attendance was good, said Alyssa Nielsen, singer and MC, who estimated most of the seats were occupied, something remarkable given the hot weather and the smokey haze.

The event came about because a small group was invited by resident Marie Gold to meet and share ideas for community events in the new space.

There was plenty of shade and free bottles of water at the plaza to keep everyone cool and hydrated Saturday, and various community groups were present, includingLangley Arts Council, the Aldergrove Food Bank, which was onsite to accept donations, and the Earth Ninjas, who shared tips and tricks for keeping the community clean and green.

Memorial show and shine set for South Surrey this Sunday