When some friends heard that Sara Walmsley was going to be stringing up Christmas lights in Langley’s Williams Park, they got all excited, she said.

“Oh that’s awesome, maybe you’re in the news again,” they told her.

And sure enough, there was a Times reporter on the scene, taking pictures of her return to the park at 238 Street and 68 Avenue as a volunteer, two years after she became known as the “girl who saved Christmas.”

Sara was nine in 2015 when the annual event was nearly canceled because of theft.

Thieves had made off with around $10,000 worth of lights stored at the park, the second such theft in two years.

Organizers were talking about calling it off.

“I felt bad because this is what we did every year,” she said.

So she started a campaign to restore the annual event, asking everyone she could think of to collect and donate lights.

Sara’s campaign to replace the stolen lights and save the event is credited with starting the ball rolling and encouraging others to step in.

As donations and offers of help flooded in, Christmas in Williams Park Society president Barb Sharp announced “a leap of faith” and said the park would light up from Dec. 11 to Dec. 21.

On the day the lights were officially turned on, Township mayor Jack Froese introduced Sara to her tree, an artificial one that lit up and sparkled brightly.

Two years later, Walmsley and a friend were happily untangling strings of lights and wrapping them around tree branches.

She said she was happy that the campaign worked and the lights were restored, but was a little taken aback by all the attention directed at her, which she said was both “weird” and “awesome.”.

“I didn’t think it was going to be that much,” she said.

“I got recognized a couple of times from the newspaper and the news, (with people) saying oh, you’re the girl in the newspaper.”

Since then, the attention has eased up, “sort of,” she said.

To her, the important thing is the lights.

“They make me feel happy,” she said, “all the colours and everything being so bright and happy.

“That’s what we do at our house, we have a house full of lights and decorations and it’s awesome, spreading Christmas cheer.”

On the day that she was stringing lights, she learned that her tree had been temporarily removed from the parks for repairs.

It was a wiring problem, parks staff explained, and they promised it would be fixed and “Sara’s tree” would be returned as soon as possible.

Sara seemed fine with that. 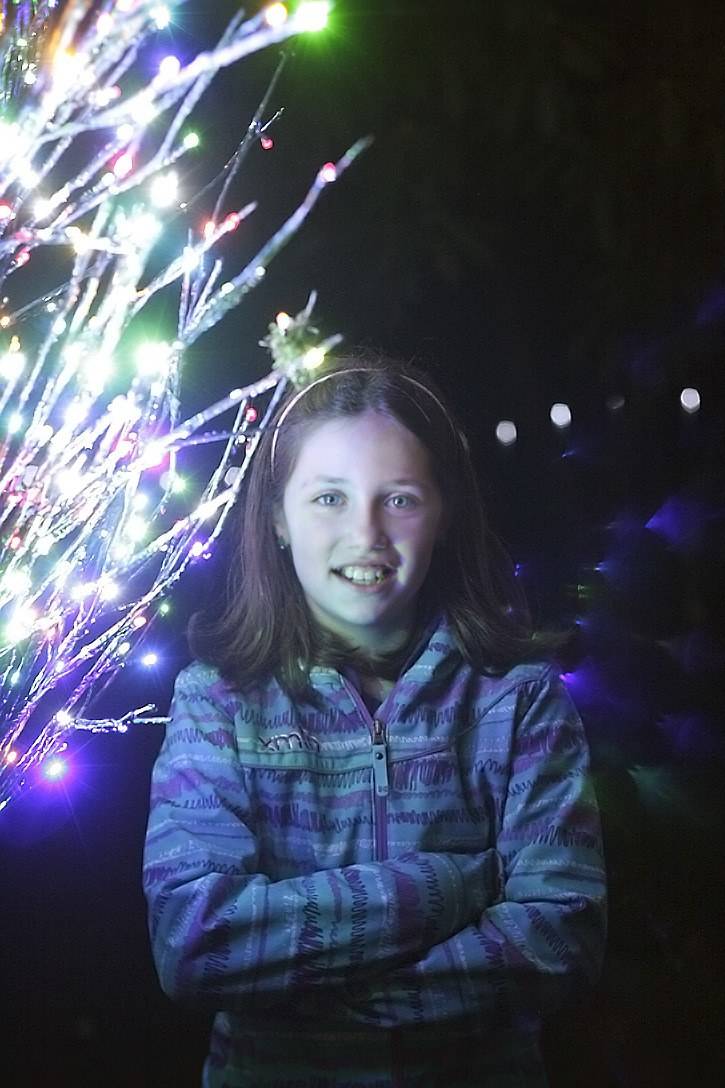 A younger Sara Walmsley poses with her tree for a 2015 Times article. File photo

Looking Back: Langley, grow more parsnips and carrots for Vancouver