A new forever home, complete with a newly constructed enclosure and a new girlfriend are awaiting Theodore on Vancouver Island later this month.

Theo – an 800-pound pig – came into the Langley animal shelter’s care last summer after he was found running at large down the Fraser Highway.

After further investigation, LAPS found Theo’s original owner, but they didn’t want him back.

“The owner decided not to claim him, so he stayed with us,” said LAPS animal control officer Tina Jensen Fogt.

But LAPS was having difficulty finding a forever home for the two-year-old Yorkshire pig, and decided to go public with their quest back in mid-December.

“Trying to find him a home has definitely been a challenge,” said Jensen Fogt.

“He’s not your typical pet.”

Since then, more than 50 offers came in to provide a new permanent home for Theo, including offers from Texas, Ohio, Maryland, and P.E.I.

RELATED STORY: Many offers of home for lost Langley pig

Bringing Theo to a slaughterhouse was never an option, because he was too large, too old, and still intact.

“They’re normally slaughtered around six months old and used for food. They’re designed to get really big, really fast. He was only neutered this past summer, so when a pig is left intact, the hormones affect the taste of meat. He just wouldn’t taste good,” explained Jensen Fogt.

Instead of shipping him across the continent or onto a remote island, they picked one a bit closer to home.

He’s going to Home for Hooves Farm Sanctuary in Duncan, a facility run by Michelle Singleton.

“The woman has tons of experience and we just think she’s going to be terrific,” Nelson said. “Michelle supported our belief in the importance of finding Theodore a home where he would have the company of another pig.”

So while Singleton has pot-belly pigs, sheep, goats, ducks, and chickens on her farm, later this month she’s also adopting a similar-sized Berkshire pig named Lillian – to keep Theo company.

Jensen Fogt added LAPS received many great home offers, but things like experience, proximity, and companionship all played a factor in making a final decision.

Living with another pig will “enrich his life so much,” according to Jensen Fogt.

“Pigs are such social animals. They [Home for Hooves] seem like such a great fit for him, with everything he will need for the rest of his life.”

Within a few weeks, Theo will take a ferry ride over to his new home in Duncan.

Prior to finding Theo’s forever home, Jensen Fogt had convinced her mother to provide a foster home for Theo, since LAPS didn’t have space to house such a large farm animal.

“If my parents were to do-over I’m not sure they’d have kids a second time with all the animals I’ve pushed onto them over the years,” laughed Jensen Fogt.

“I’ve really enjoyed the time I’ve spent with him in our care.”

And although Jensen Fogt is happy to find Theo a forever home, she said she will miss having his “quirky” personality around.

“He’s like any other animal, he has his own unique personality. He’s spunky and quirky. He’ll come running up to you, and he loves his tummy rubs and a good scratch.” 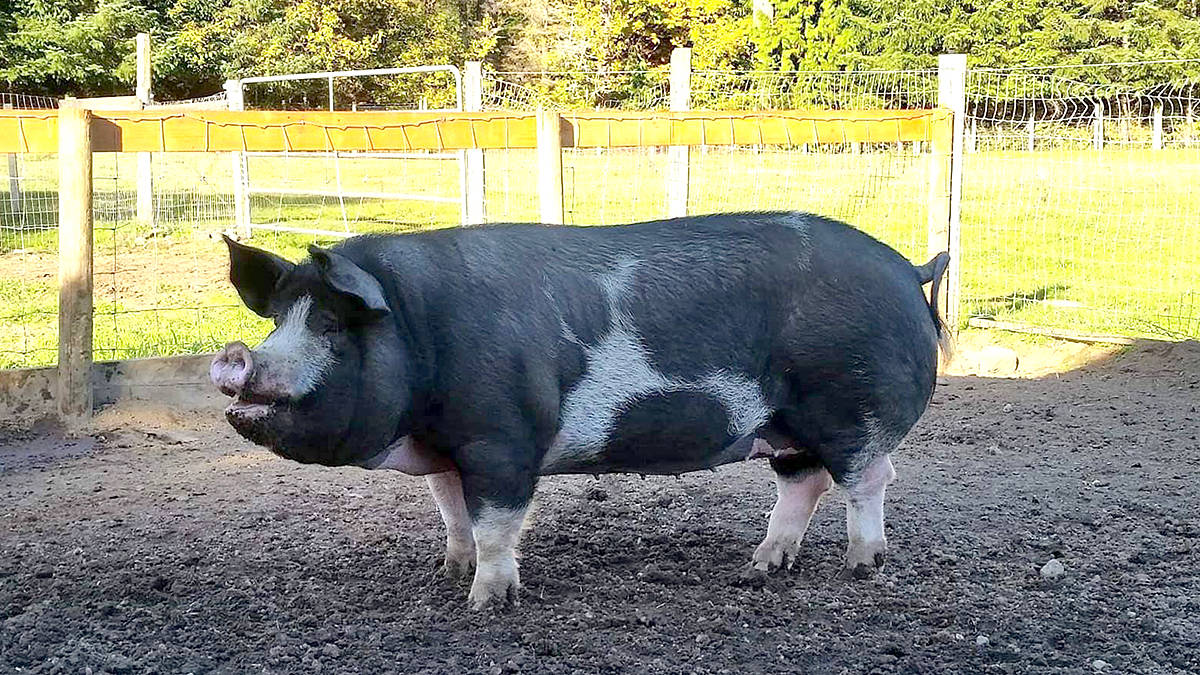 Lillian is a similar sized pig that will also be calling the Duncan livestock sanctuary home. She and Theo are expected to be fast friends. (Special to Black Press Media) 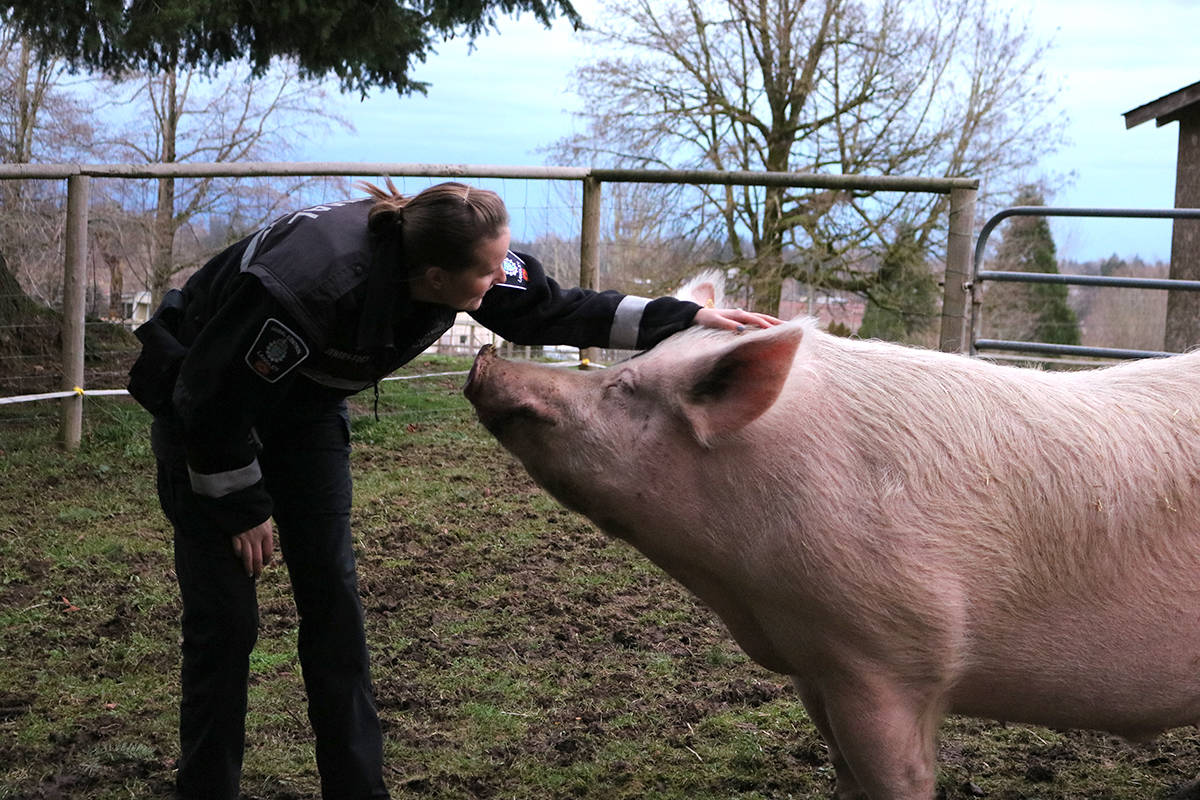 Theo only has to wait a couple more weeks until he moves to his forever home. Miranda Fatur Black Press

B.C. man drives all night to get photo of rare duck