Sylvia Mountain arrived at the 110th anniversary celebrations at Langley Secondary School wearing the school sweater a boy at the school gave her back in 1958.

“All the senior boys wore them,” she recalled.

“The letters are for the scholarships they won.”

She insisted she and the boy were not dating, but admitted getting a letter sweater was a gift of some significance.

At the time, her last name was Lightfoot and the boy, who was named Dean Mountain, eventually became her husband.

She was among thousands of former students who filled the hallways of LSS on Saturday (June 8), as the school celebrated its 110th anniversary.

“A lot of memories,” Mountain said.

Many years after Leslie Clark graduated from Langley Secondary School, the class of 1966 alumna said she still has dreams about the place, not all of them good.

“I have so many nightmares, all set in the school gym,” Clark said, laughing.

Steve Thompson, who was a music teacher from 1986 to 2007, was enjoying bumping into former students and colleagues.

“Seeing all of the changes in the school is pretty cool,” Thompson said.

Joe and Sandy Abel both went to LSS about the same time, but they never met until after he left in 1974.

“I was working at a sawmill up here and I ran into Sandy [while] she was still in school,” he recalled.

“It was a blind date,” Sandy recalled.

A year and half later, they were married.

Among the oldest graduates to attend was John Riedweg who graduated in 1950.

Riedweg could not speak English when he started school; his parents spoke their native Swiss German at home.

There were no ESL classes in those days, but he learned quickly.

He said he has fond memories of high school, and also of his grade three teacher Hazel (Blair) Stewart.

Another elder grad was David Stafford, class of 1952, who said he and his fellow students “had camaraderie.”

“We were young,” Stafford said.

“We were learning to be people.”

On his last day at LSS, Stafford won a 100-yard dash at UBC, at a time when a trip to Vancouver was more of a challenge than it is now.

“That night, we had to come back here because of graduation,” he recalled.

During the anniversary event, inside the school there were music and drama performances and rooms devoted to the different decades of LSS where former students could look at class portraits and old yearbooks.

There were also volleyball and basketball games that pitted students of different eras against current LSS athletes, and a giant poster to collect signatures.

Outside was another measure of the many decades of LSS, rows of classic cars representing different years at the school.

At the opening ceremony, LSS principal Marcello Moino said the anniversary was a “bittersweet opportunity to walk these halls again” because the original parts of the school will soon be torn down.

“So many students, teachers and staff have walked these hallways, so many lessons have been learned, and friendships made, but the time has come to make room for something new and exciting,” Froese said.

“As the community grows, so does the need to expand and upgrade our schools.”

Langley City mayor Val van den Broek noted students have been studying at that location since it was Langley High school in 1909.

“This area, where we are standing, has been serving Langley families for 110 years,” van den Broek noted.

“That’s 110 years of supporting students in achieving their goals and preparing them for the rest of their lives.”

Marilyn Gabriel, chief of the Kwantlen First Nation, said students at LSS should realize the “best time of your life is high school”

“You don’t know that now, but it is,” Gabriel said.

“You’re going to wish you’re back here, many times in your lifetime where you can just hang out with your friends”

That evening, there was a VIP anniversary celebration put on by the Langley School District Foundation as a fundraiser for the LSS legacy fund.

More photos can be seen online. 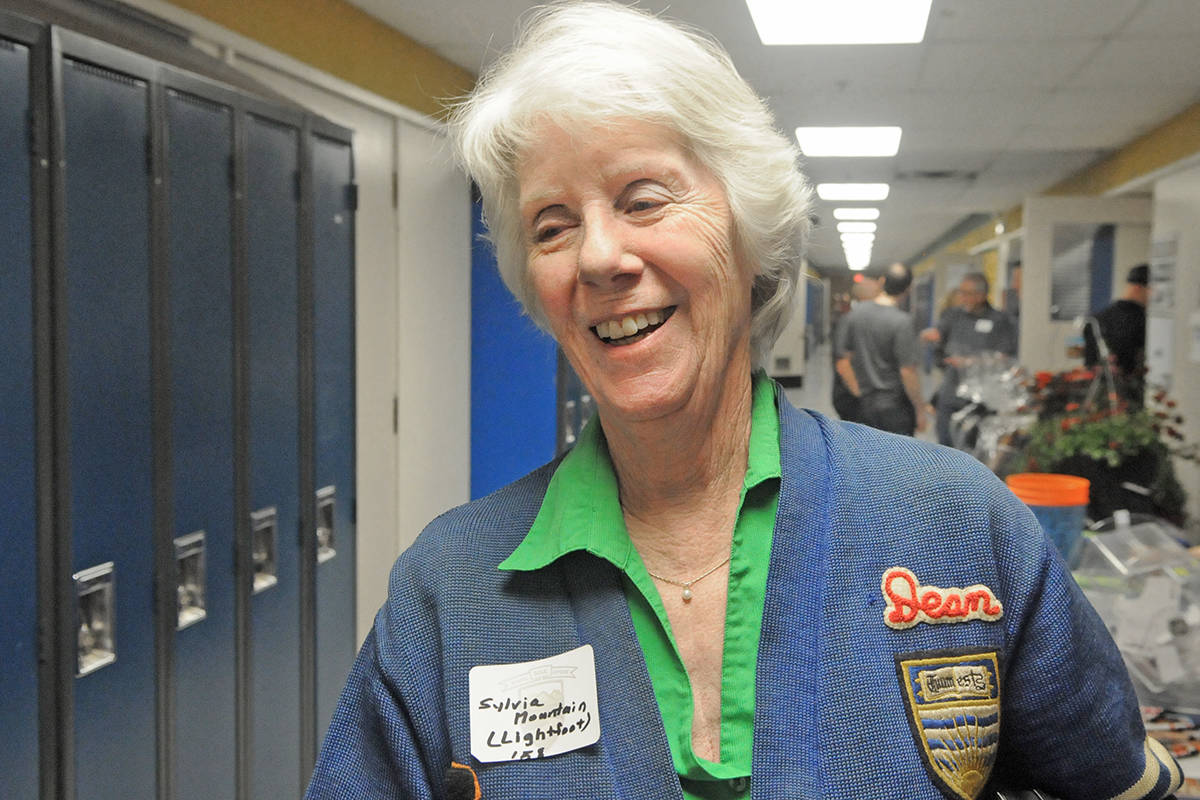 Sylvia Mountain (Lightfoot), class of ‘58, showed up in the letter sweater a fellow student named Dean loaned her back then. They weren’t dating, she insisted, but they did end up getting married. Dan Ferguson Langley Advance Times 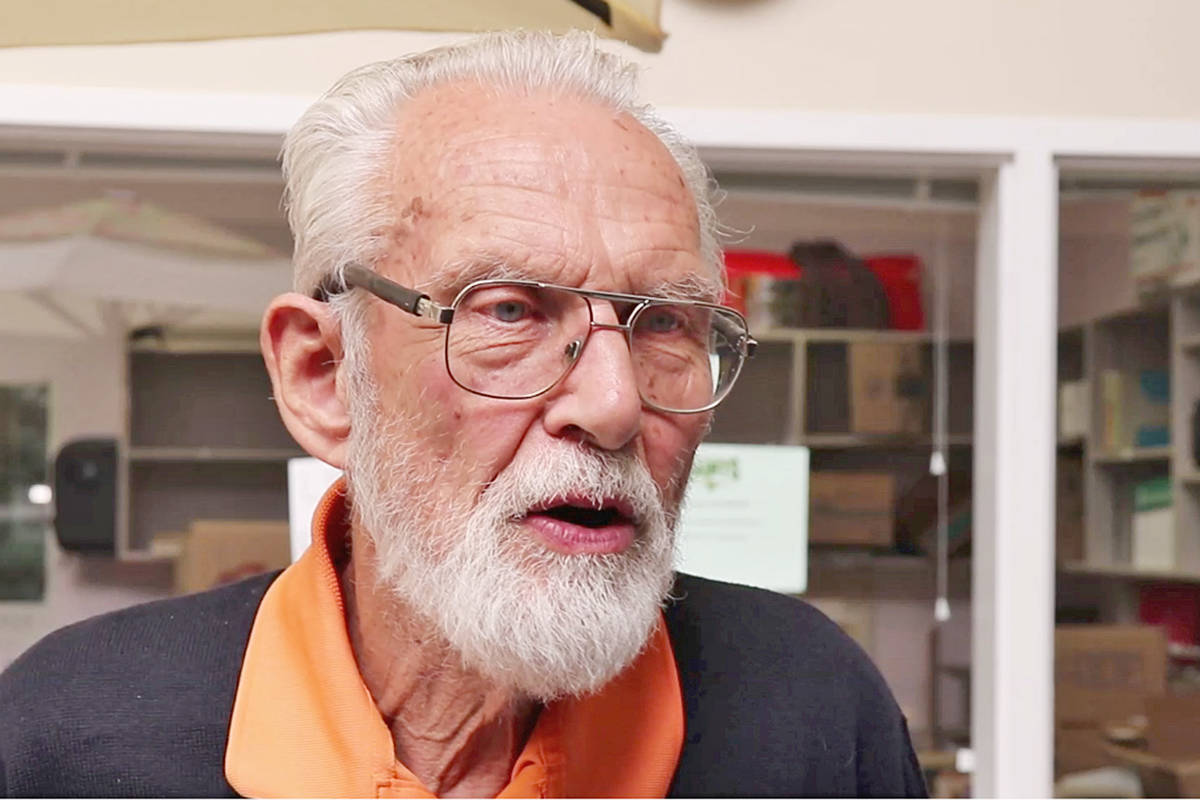 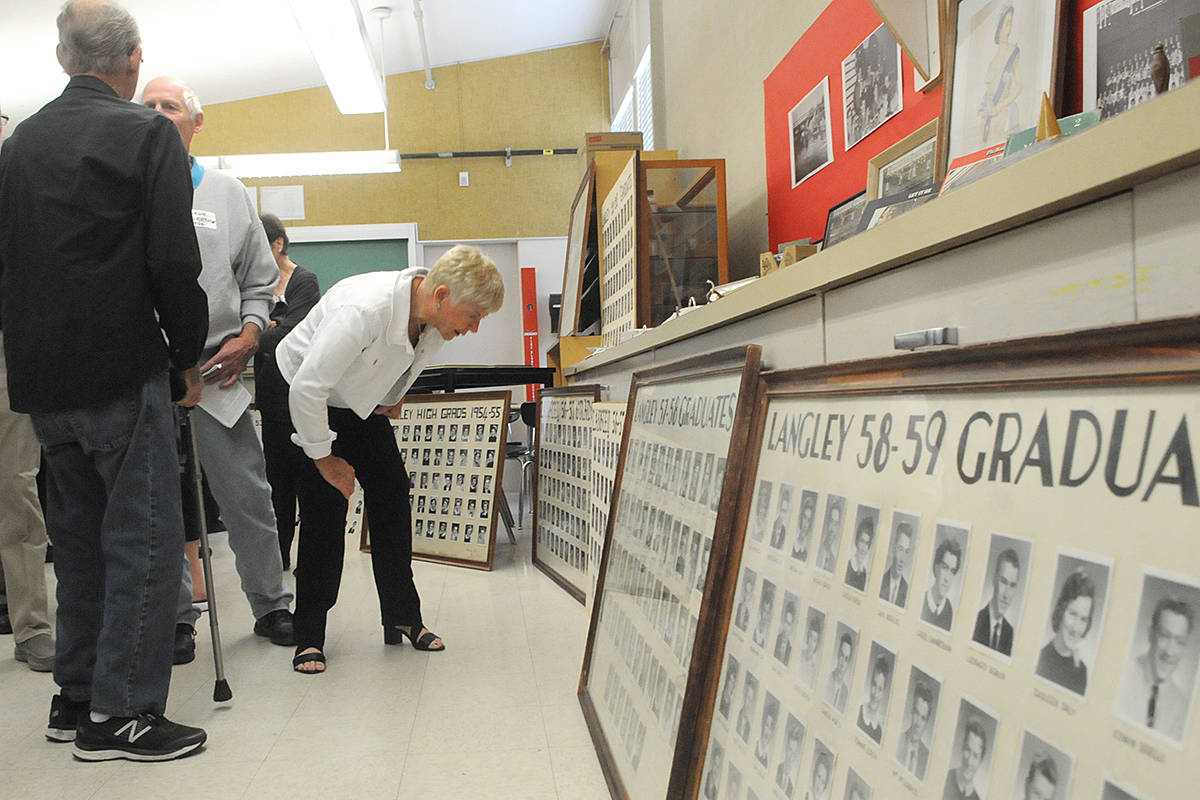 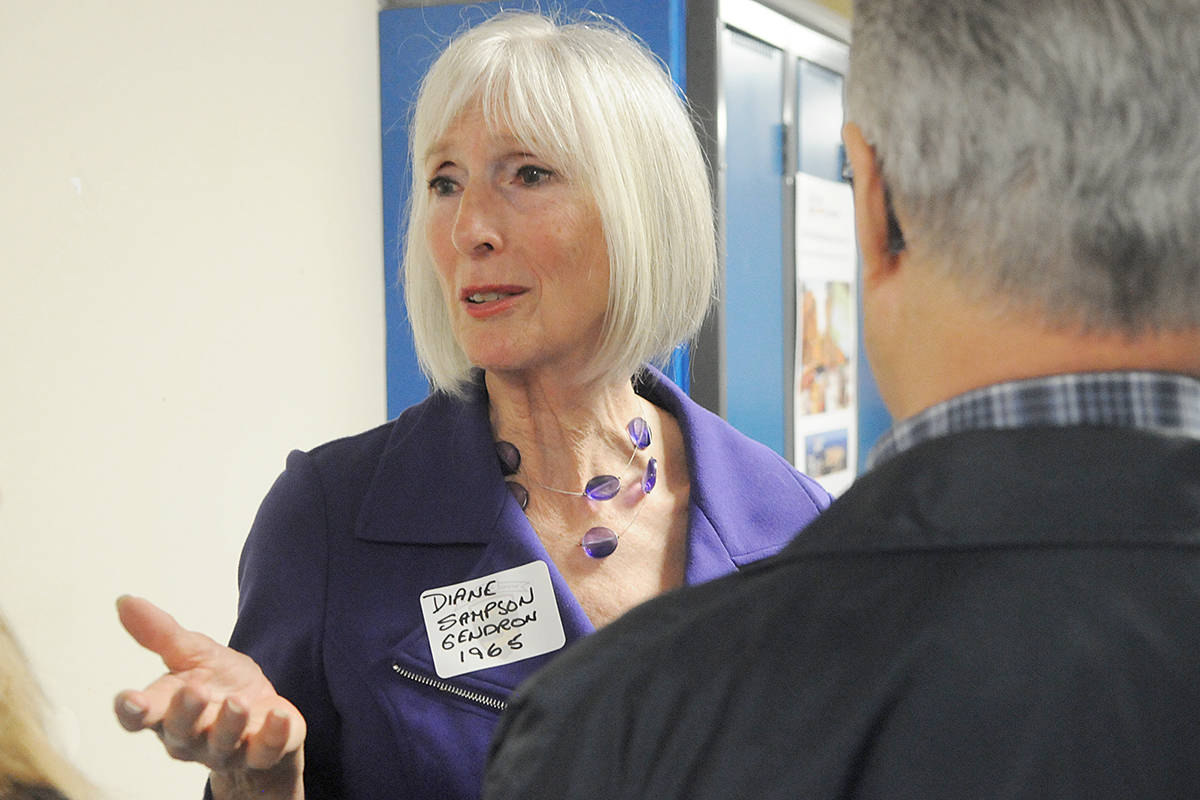 Diane Gendron graduated in 1965 and went on to become president of the Bard In the Valley annual Shakespeare festival. Dan Ferguson Langley Advance Times 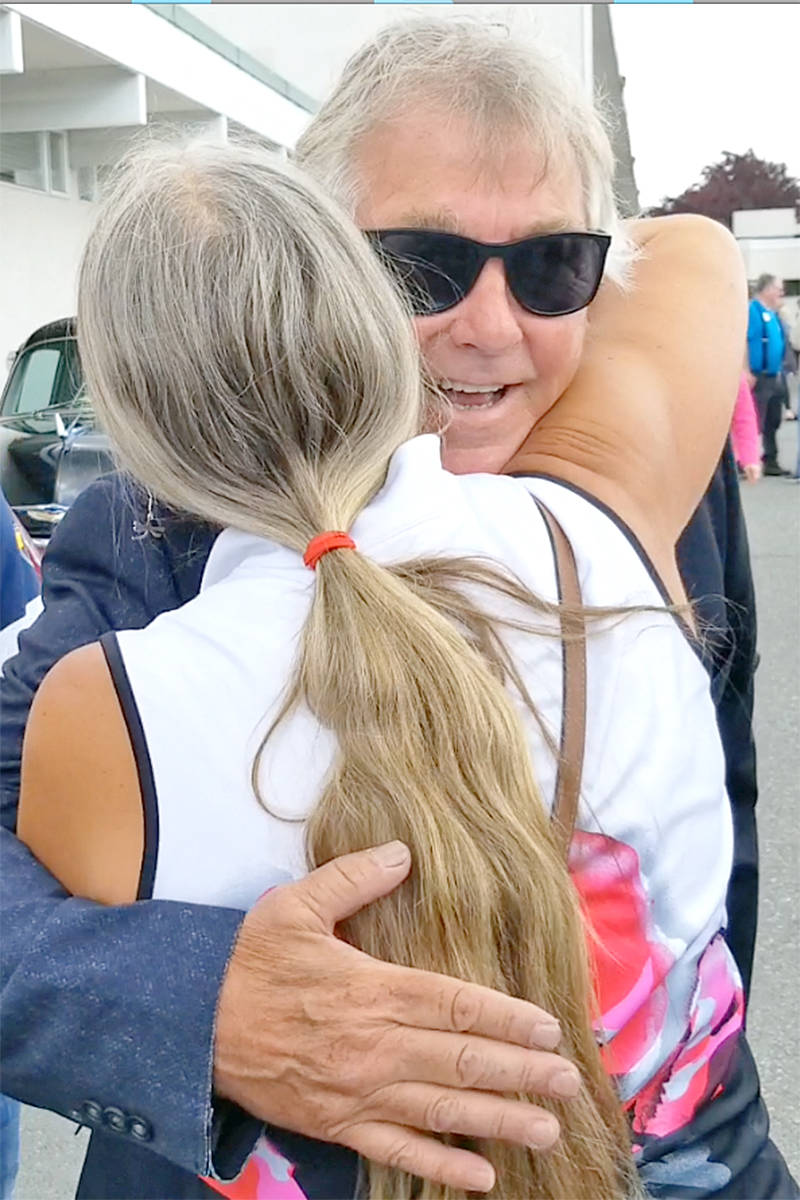 There were a lot of reunions. Dan Ferguson Langley Advance Times