Happy Herd Farm Sanctuary recently hosted yoga with a twist – participants were joined by pigs, turkeys, and even a few chickens.

The yoga session, hosted by volunteer Bee Riggs, occurred in stables alongside various pig pens, with a view of Lucy the pig rolling around in a pool of mud to cool off from the heat.

The event started off with the animals being quite shy, but as it progressed the pigs laid down for a nap in the stables next to the namaste crowd.

Later on, three turkeys by the name of April, Moe, and Larry joined the yoga session as well, roaming around and gobbling at participants.

PAST COVERAGE: Happy Herd hams it up for Easter

The sounds of birds singing and chickens clucking while Riggs led the group made for a serene and peaceful event.

Diane Marsh, co-owner of the Happy Herd, noted there are 11 pigs on the farm, and four that do yoga.

“We started doing this three years ago instead of doing yoga with goats. We’ve done it every year since, and everybody loves it,” she said, noting the three turkeys are also regulars.

A post shared by The Happy Herd Farm Sanctuary (@thehappyherd)

Tickets for this event were $50. The money covers the cost for the animals’ welfare – their foods, shavings, and more.

“It costs us about $6,000 a month to run this operation, so anything we can do to raise money helps,” said Marsh.

The farm is just beginning to roll out events again and get back to normal after a hard year of dealing with COVID-19.

The Happy Herd is a four-acre farm sanctuary for animals that were abused or at risk. 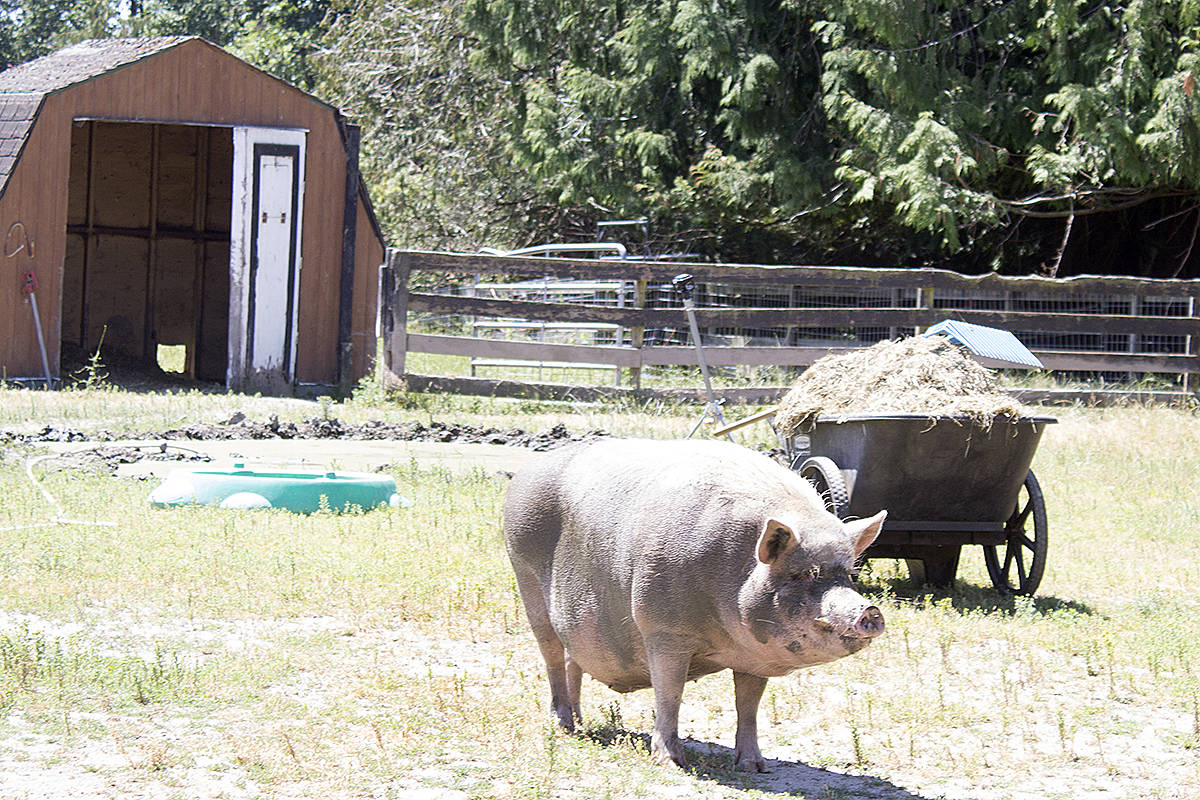 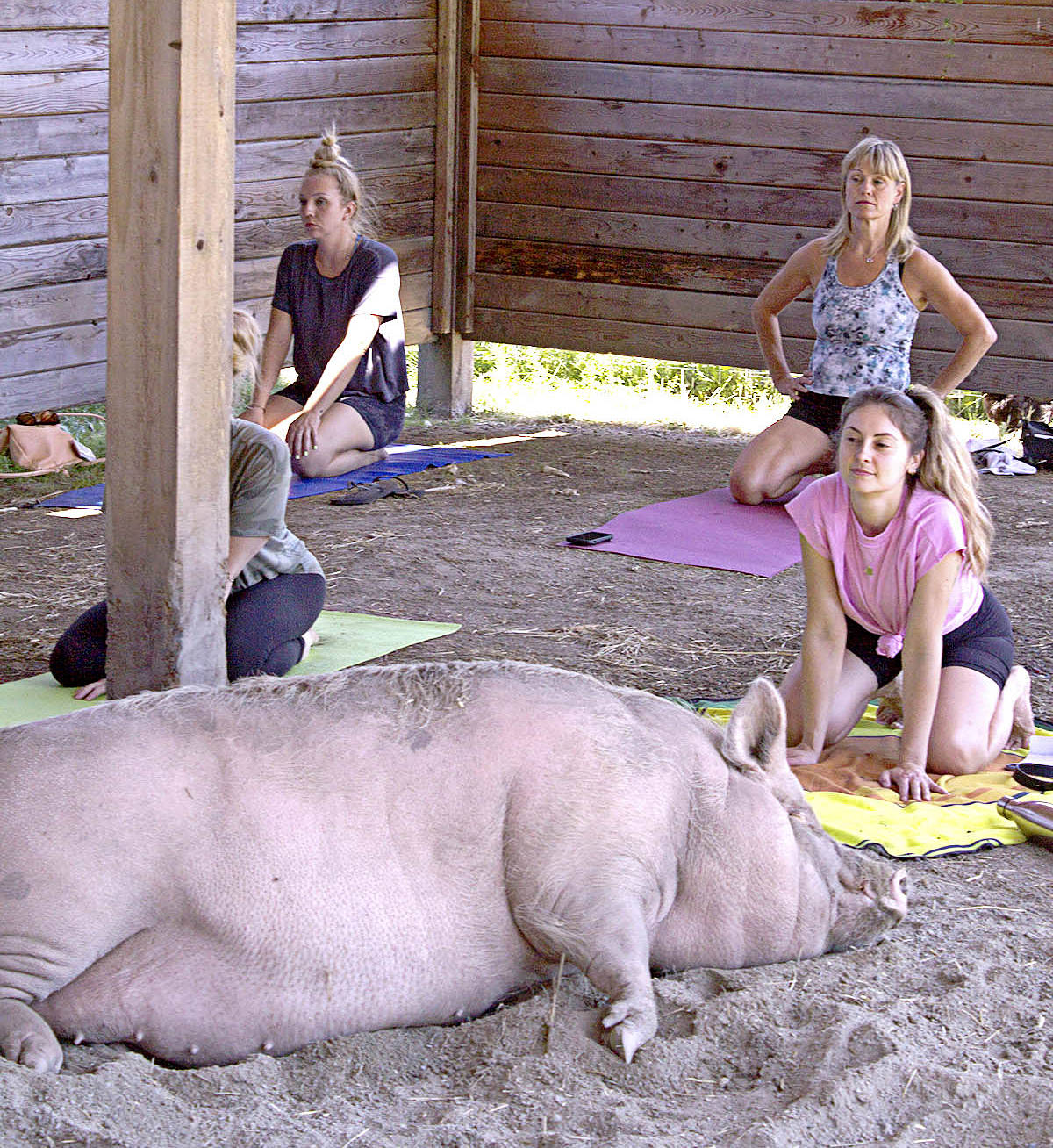 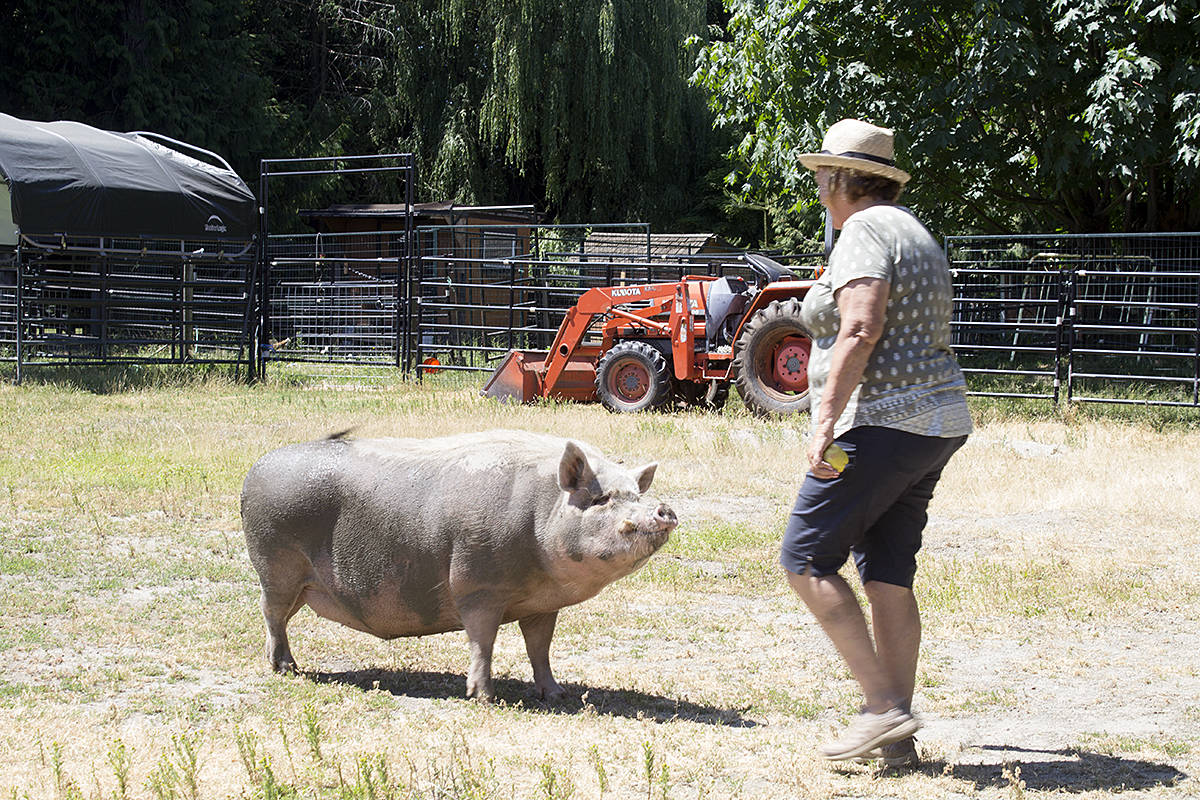 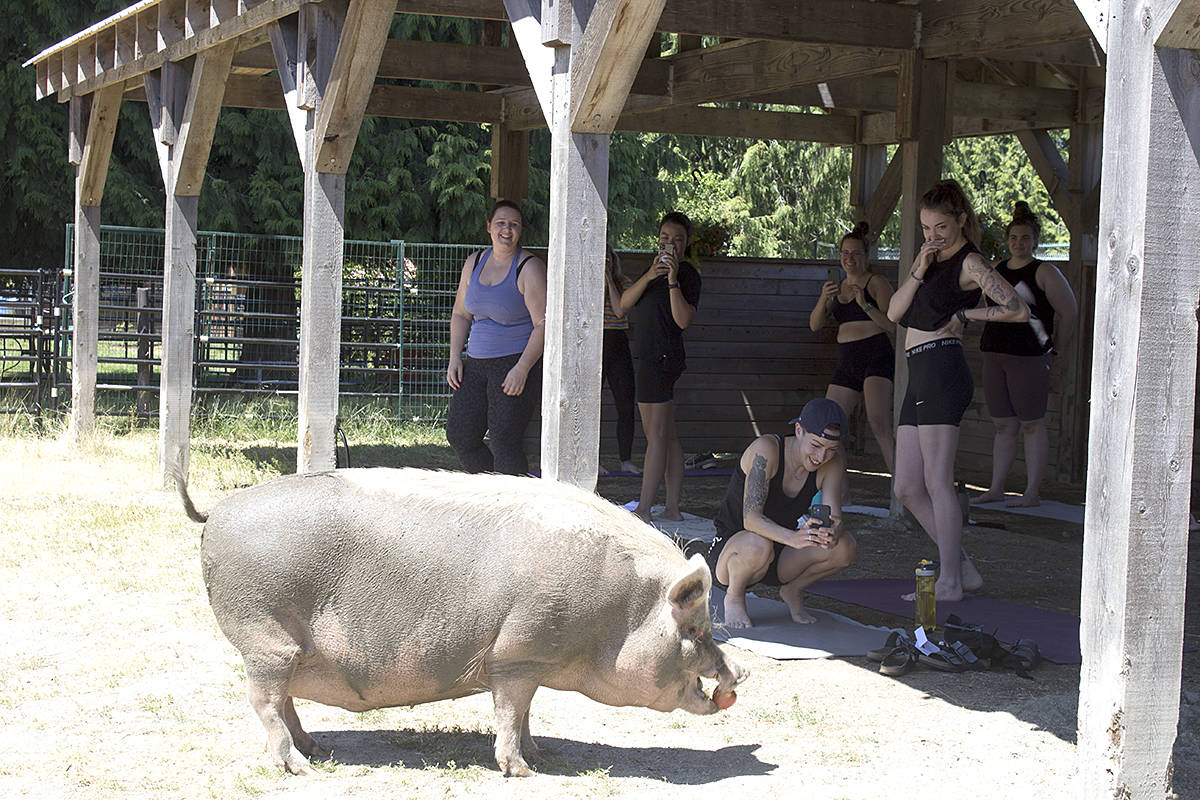 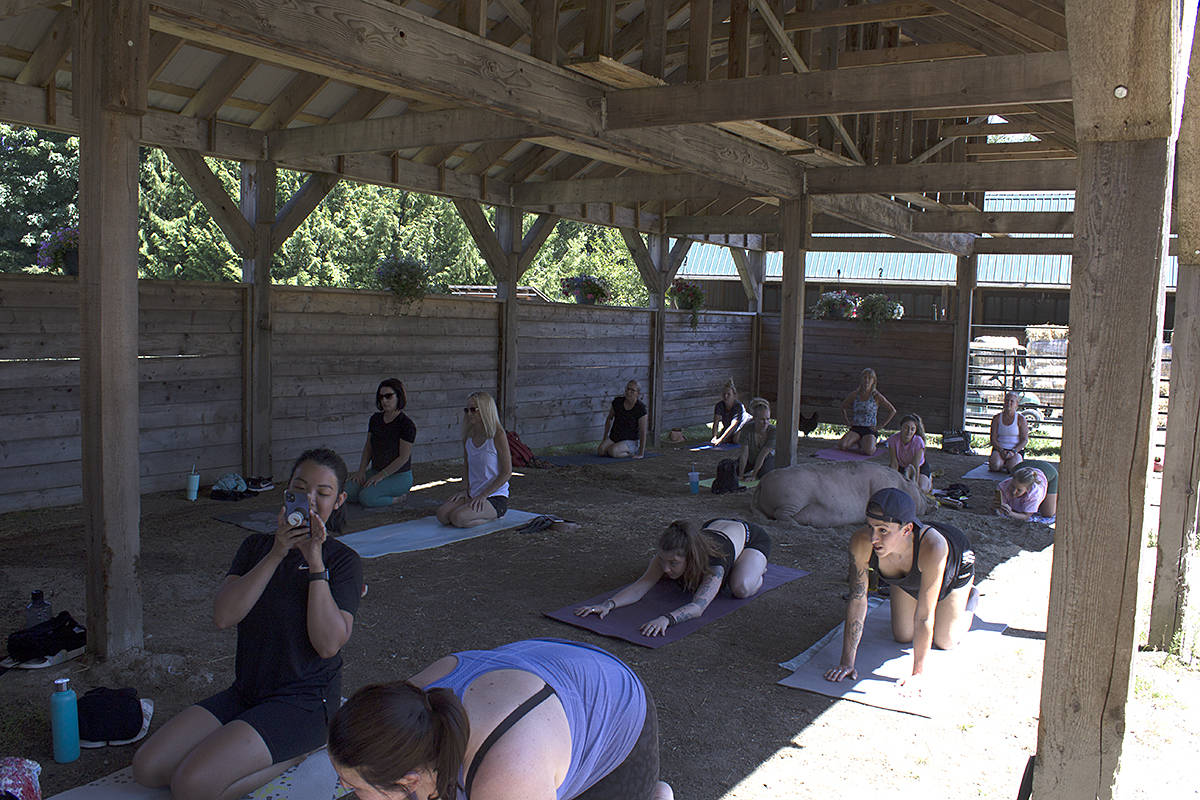 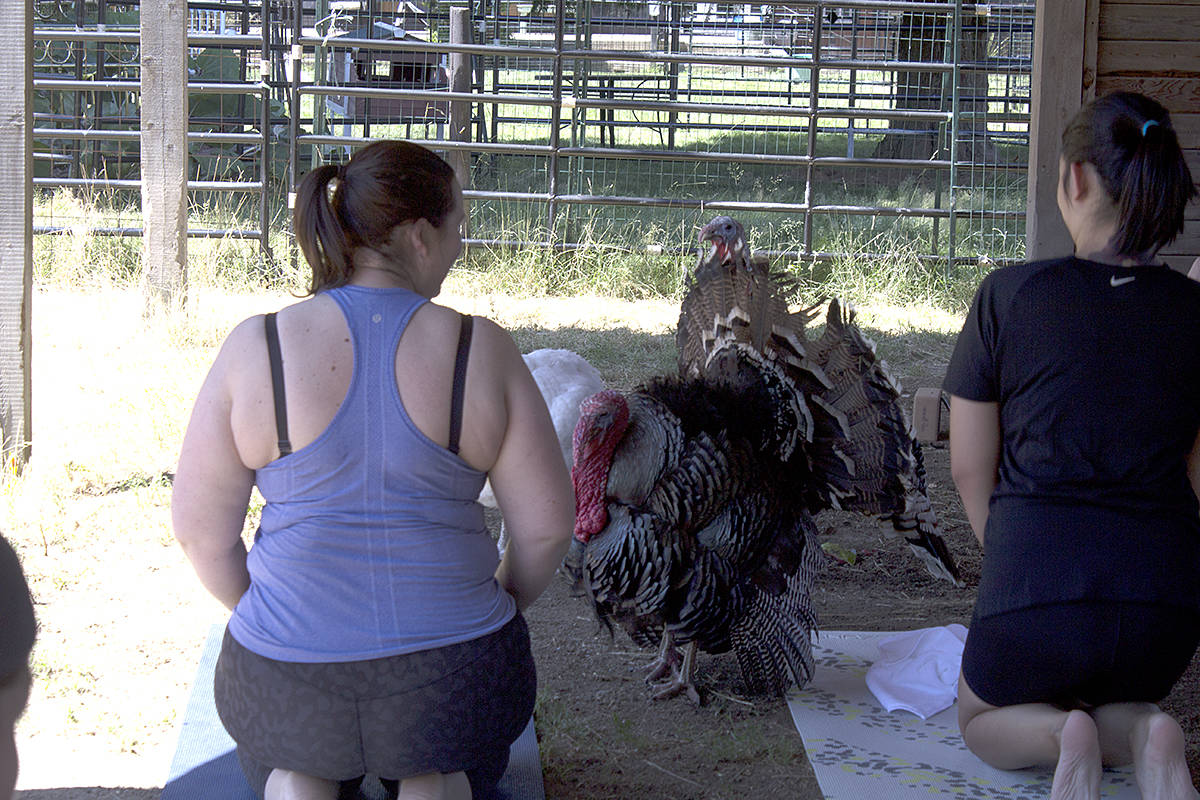