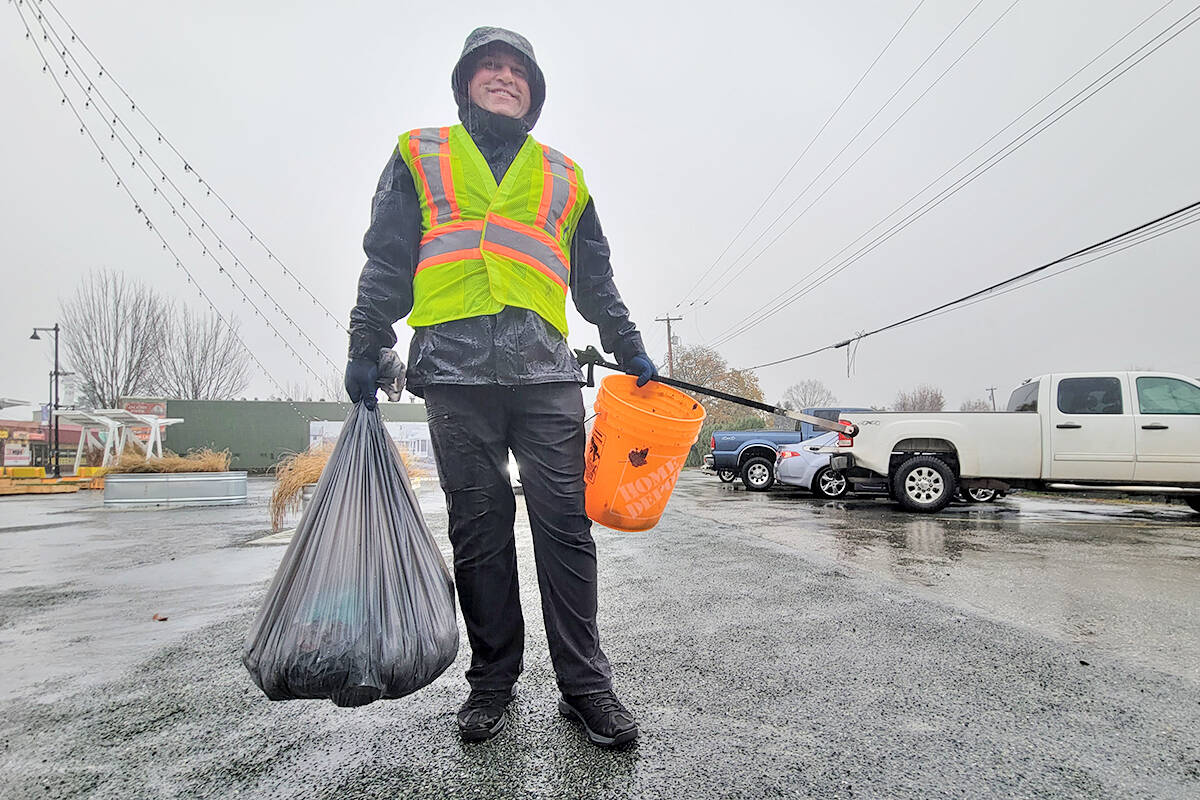 It disn’t take Andrew Sigalet long to fill a full trash bag during Sunday’s damp Aldergrtove cleanup. He was one of 12 volunteers who turned out despite the heavy rain. (Dan Ferguson/Langley Advance Times) 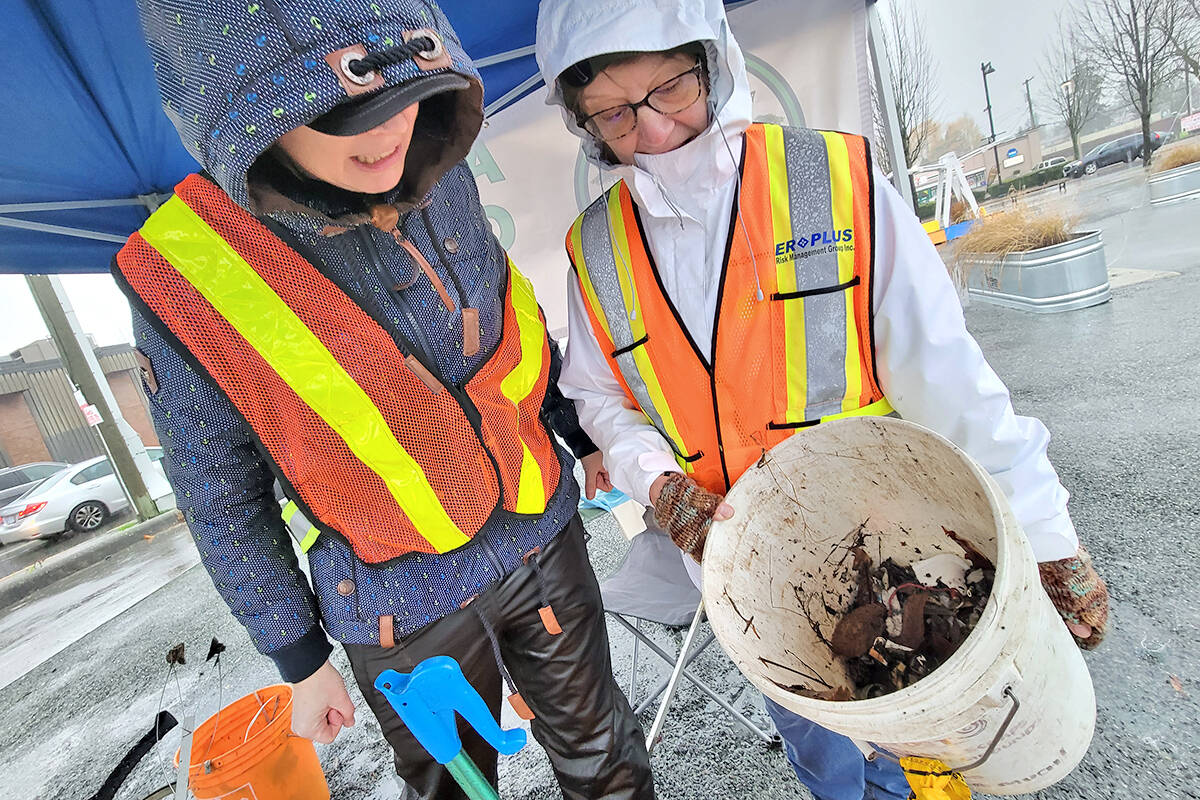 Volunteers Jessica Horst (left) and Angela Wonitowy were not impressed by the number of cigarette butts collected during a Sunday trash patrol in Aldergrove.(Dan Ferguson/Langley Advance Times) 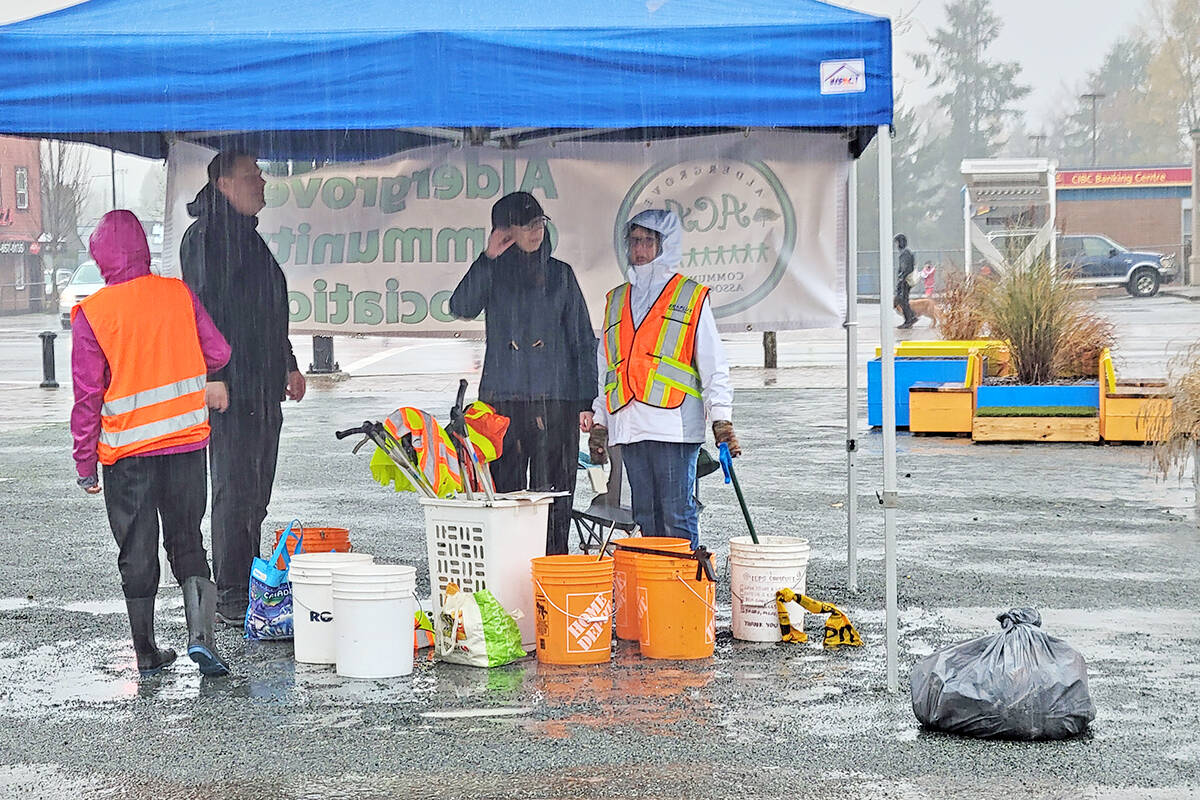 A dozen volunteers took part in Sunday’s cleanup event in Aldergrove, using a rain shelter in the temporary town square as their base of operations. (Dan Ferguson/Langley Advance Times)

Less than an hour after a group of a dozen volunteers fanned out and began picking up litter in the Aldergrove core, Sigalet was back at the starting point, a rain shelter in the new temporary town park at 272 St. and Fraser Hwy.

It represented “just the alley” and the road beyond, Sigalet told his fellow volunteers.

One team of volunteers collected so much trash, they decided to leave the bags by the side of the road until someone could come and pick them up with a vehicle. 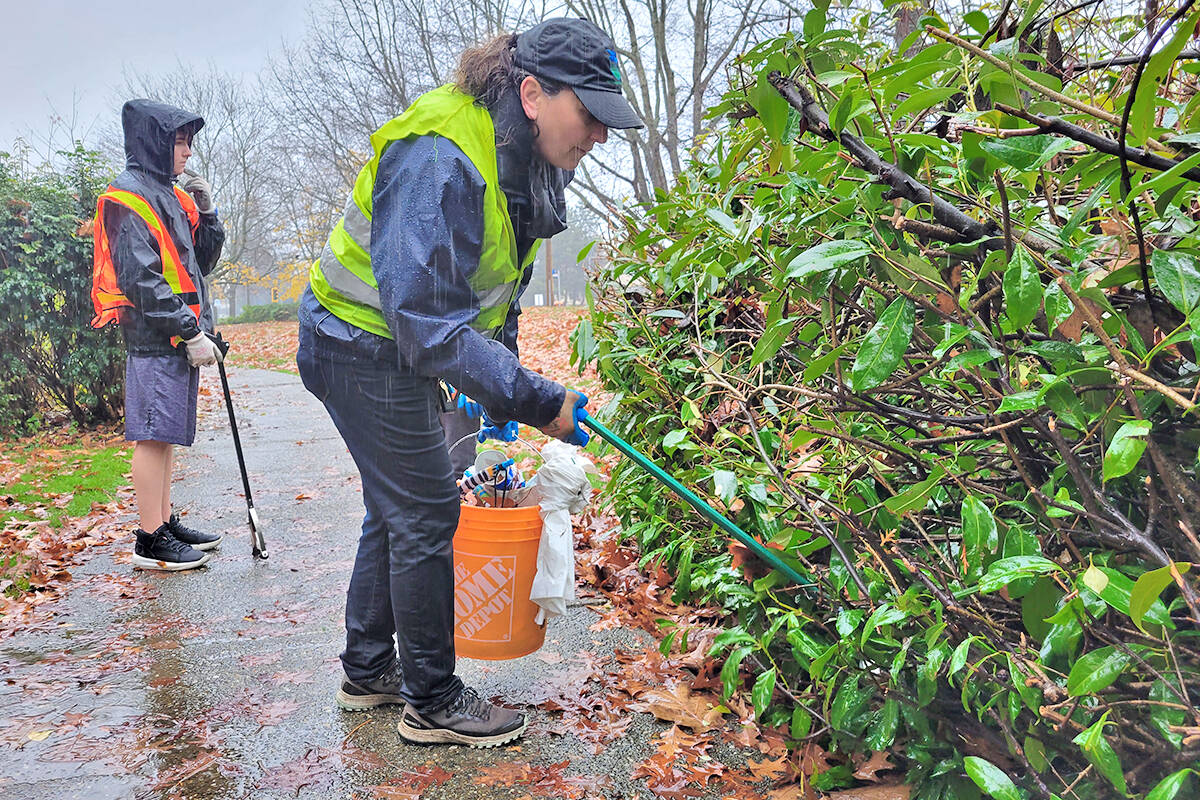 Lisa Dreves called the weather ‘insane,’ but it didn’t deter her and 11 other volunteers from picking up litter in Aldergrove during Sunday’s downpour. (Dan Ferguson/Langley Advance Times)

For Dreves, the campaign is also personal.

Members of LEPS, the Bertrand Creek Enhancement Society, Aldergrove Community Association and Big Brothers were among the volunteers.

Dreves estimated they collected about 75 kg (165lb) of garbage from the streets of Aldergrove.

“It was fantastic even though very, very wet,” Dreve said.

“Even better was the gentleman that stopped to say thanks and donated $20 to us that we have put towards the LEPS Movember funds.”

More photos of the Sunday cleanup can be seen online at the Langley Advance Times Facebook page.

Movember got its start in 2003 when two Australians, Travis Garone and Luke Slattery, came up with the idea of growing moustaches for charity throughout the month of November.

It has since expanded worldwide, with the stated aim of increasing early cancer detection, diagnosis and effective treatments, and to ultimately reduce the number of preventable deaths.

Since it began the Movember Foundation has raised $837 million and funded over 1,200 projects in more than 20 countries.