About 30 youths gave up their Sunday morning to remove an invasive species from a Langley park on Nov. 24.

Through the Lower Mainland Green Team of Canada (GTC), students from R.E. Mountain Secondary and SFU Sustainability Group put on their gloves and started digging and snipping away Himalayan Blackberry bushes in Routley Park.

Lyda Salatian, founder of GTC, said it was her organizations fourth time out to the park since September.

GTC was founded in 2011, at first ran by Salatian as a volunteer initiative.

After realizing it took more work to engage community effectively, she made the group an official charity and has since worked full time to grow it into one of the largest environmental volunteer groups in the province.

GTC currently has two programs, the Lower Mainland Green Team and the Greater Victoria Green Team, with a combined volunteer base of about 7,600.

While the Routley Park goal is to clear away the unwanted growth that, according to Salatian, blocked the view of the neighbouring homes and threatened to overtake a nearby waterway – the opportunity is also a chance to get young people in motion and outdoors.

“We are provide the younger generation with a community,” Salatian added. “The younger generation is getting more sedentary and we’re using social media to get people to exercise, meet, and interact in a different, more physical environment. There is a tangible result that they can see after taking part.”

The Himalayan blackberry is a stubborn, fast-growing Eurasian biennial plant that was introduced to Canada in the mid 1880s. It was valued for its fruit, larger and sweeter than other varieties, but it soon escaped into the wild, where it quickly got out of control, with birds and other animals eating the fruit and then spreading the seeds.

Salatian said her organization’s efforts would not be possible without partnering with the Township of Langley.

“The Township of Langley recognizes the great added value we bring in helping them achieve their official community action plan and sustainability charter,” Salatian said.

For more information or to get involved, people can visit www.greenteamscanada.ca 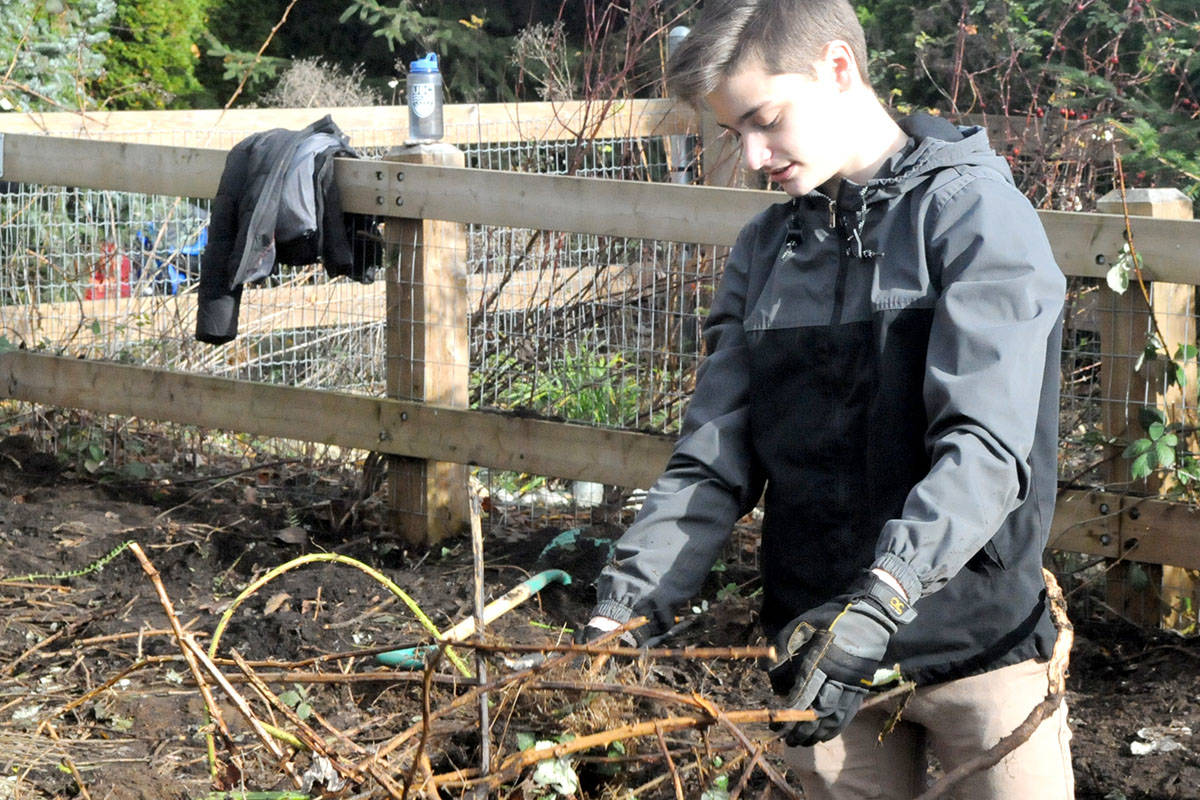 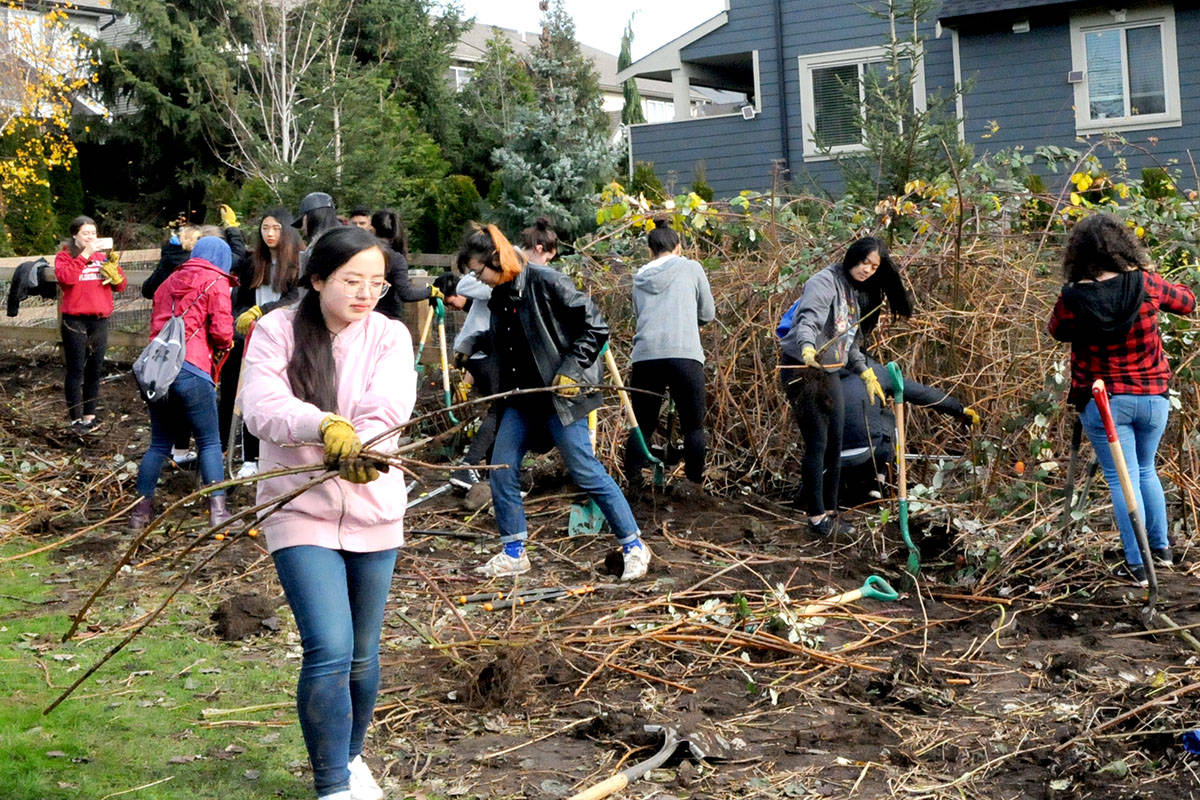 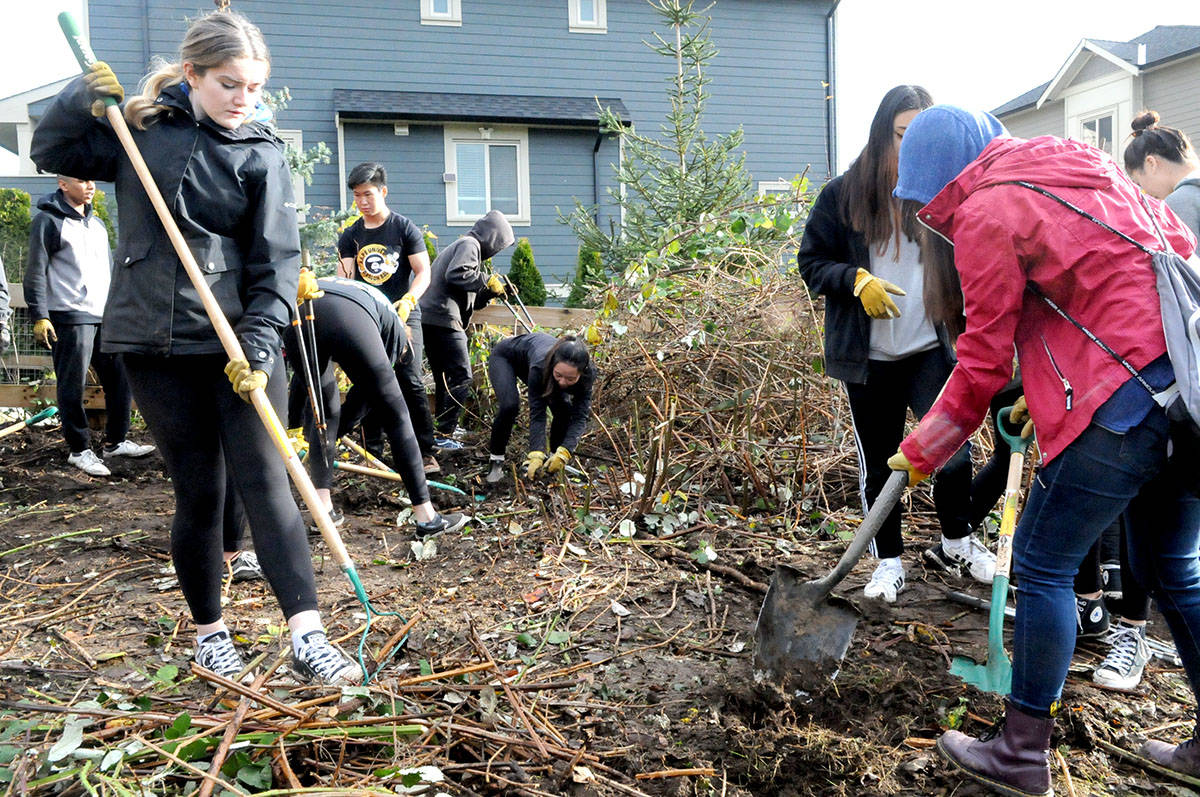 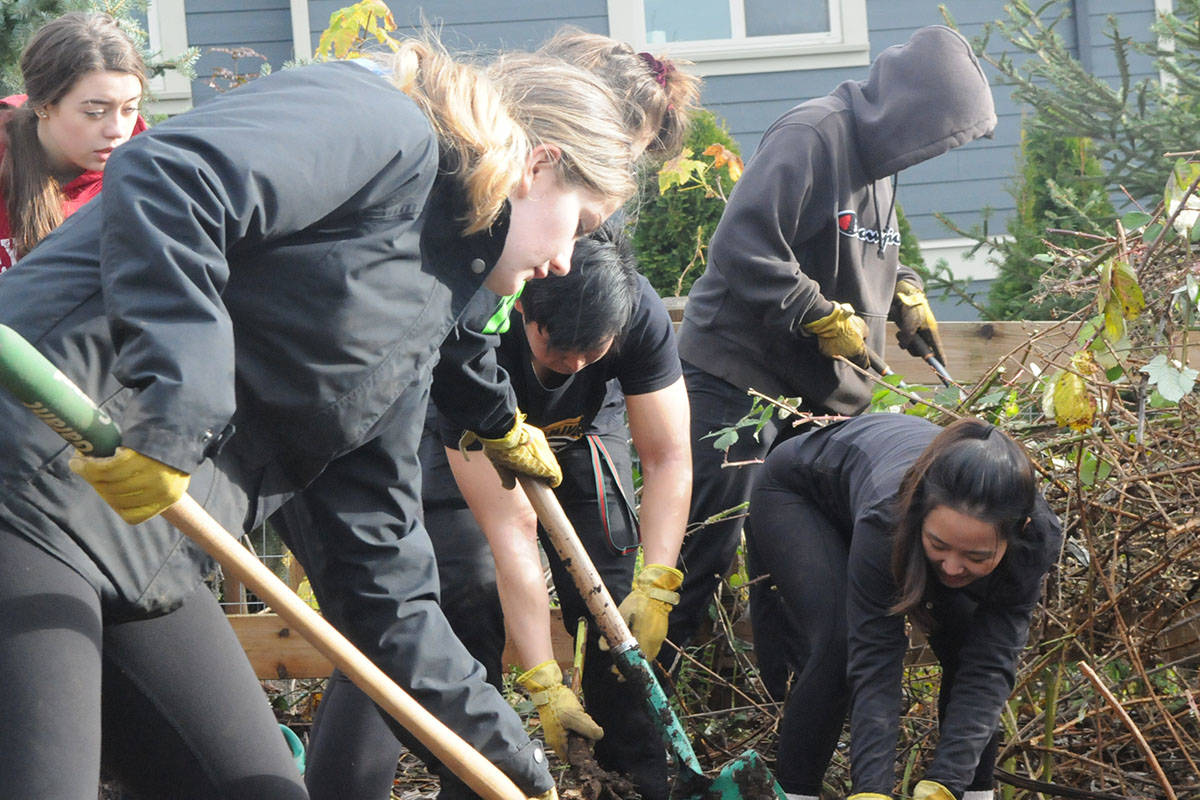 Flappy the duck up for adoption at Langley animal shelter