When Tyler “Elvis” Wagner began to sing “Take Me Home, Precious Lord” before the Fraser Valley MS Walk got underway in Langley City, event organizer April Watson needed a moment to compose herself.

“He sang that at my husband’s funeral,” Watson explained. 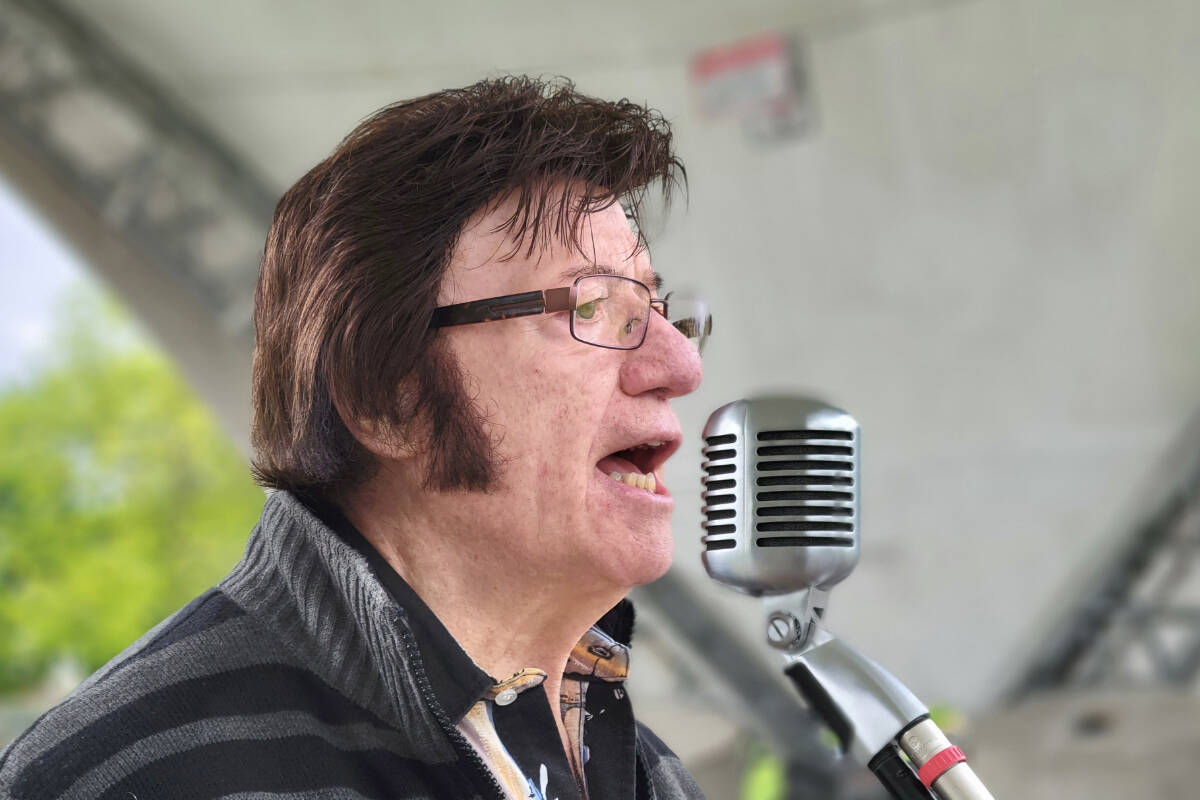 Greg Hinds was 62 when multiple sclerosis (MS) claimed his life.

“That’s what led me to the MS Society and the MS walk,” Watson told the Langley Advance Times.

On Sunday, May 29, Watson oversaw the first in-person fundraising walk for MS in Langley City since the pandemic.

MS Society ambassador Ruthanne Clements, an Abbotsford resident who was diagnosed in 2018, explained a shortage of MS Society staff led to the decision to merge different regional walks into one event.

“They decided to put all the Fraser Valley together,” Clements explained.

“It’s just great to be back in person,” Clements added. 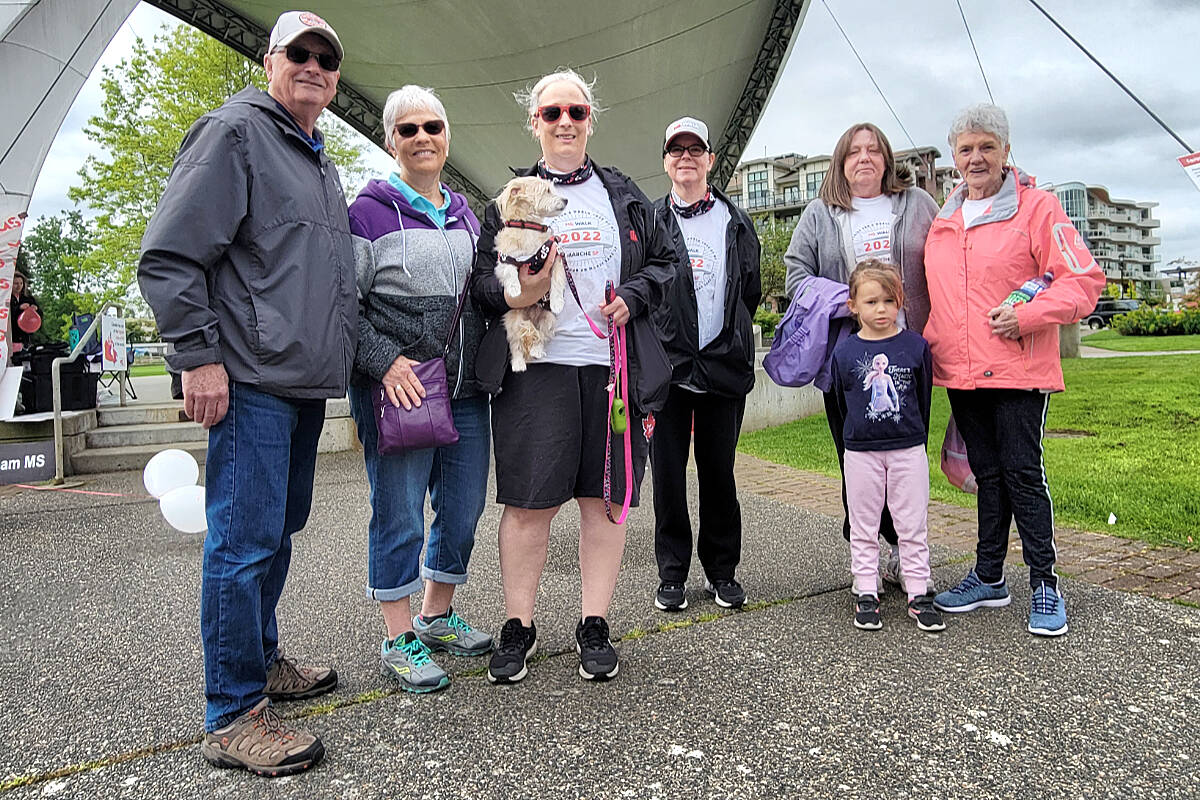 Langley City resident Kelly Clark attended with her team, named “K.C. and the Sunshine Band,” which included her mother Nita, sister Terry, and niece Cassidy, along with Sandy Anderson, and her parents Nigel and Leslie.

One of the workers at the business has MS, explained general manager Fatmir Shaban.

“Were here to support him,” Shaban said.

Featured speaker Joanne Craven, an Abbotsford resident, who was taking part in her 30th walk since she was diagnosed, was optimistic about MS research.

“I believe that the future will be positive,” Craven told the walkers.

Craven announced the Fraser Valley event had raised $31,000 by the day of the walk, noting the campaign wasn’t over.

“We have four more weeks, so that number will get bigger,” Craven predicted. 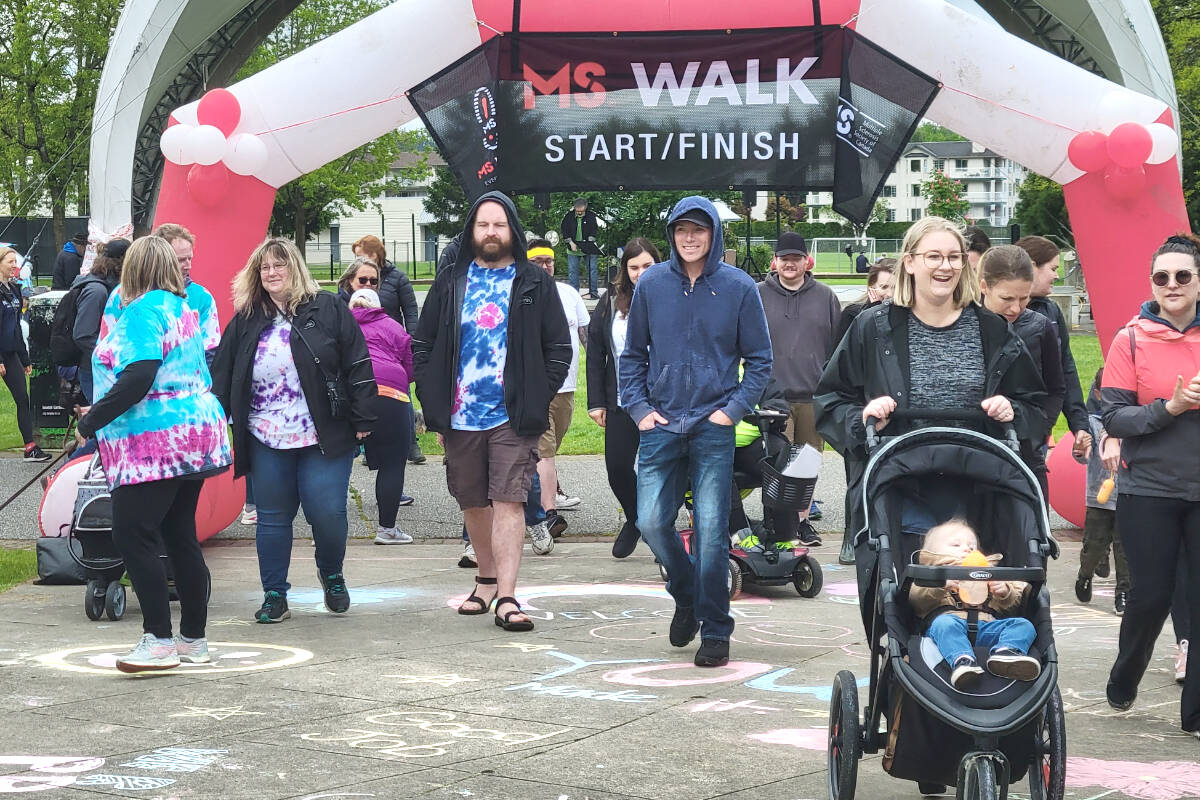 Canada has one of the highest rates of MS in the world. On average, 12 Canadians are diagnosed with MS every day.

A chronic auto-immune disease of the central nervous system (brain, spinal cord), MS is considered an episodic disability because the severity and duration of illness and disability can vary and are often followed by periods of wellness.

It can also be progressive.

The MS Society provides information, support and advocacy to people affected by MS, and funds research to find the cause and cure for the disease.

More photos from the Langley City event can be viewed online at the Langley Advance Times Facebook page.