Here’s how you can tell whether someone has any previous experience in a wheelchair, according to Robert Leroux, president of the Pos-Abilities society of Langley.

“Some who’s never been in a wheelchair, a lot of them don’t realize they should grab the hand rim, and they grab the rubber [of the tire],” Leroux explained.

Which, he noted, can get kind of messy when it’s raining out, like it was, on and off, during the annual Pos-Abilities day held on Saturday (August 10th) at Douglas Park in Langley City.

Some would-be maze runners grumbled about the lack of a roof to keep them from getting wet, an amused Leroux related.

“If you’re in a chair in a downpour, that’s going to happen,” he observed.

After Leroux did a demonstration run through the maze, two Langley City brothers, Nebi and Soren, tried the course and discovered it wasn’t quite as easy as Leroux made it look.

From opening a door while backing up in a chair, to climbing a shallow incline and getting in and out of a mock-up of a bathroom, everything was “to code,” Leroux explained, meaning the layout of the maze mimics the current required minimum spacing for doors and hallways.

It didn’t seem to leave a lot of room to manoeuvre, as the brothers struggled to get around corners and each other.

In addition to the maze, there were crafts and other handmade items for sale made by people of all abilities as well as entertainment all day long on the Douglas stage, including a demonstration of seated exercise, the Maria Hillmer Mexican Dancers, Rue Saint Georges Sax Ensemble and the Mayday Club Youth Choir, a 42-person ensemble of people with autism.

It was the sixth year the non-profit society has held the event.

Besides the wheelchair course, attendees had a chance to try on a disab ility, such as simulating a stroke of amputation by having their dominant arm tied to their chest while trying to carry out previously-simple tasks like opening a package of jam.

Pos-Abilities was also holding their very first online silent auction to raise funds, with a selection of items ranging from gift certificates to a free one-week loaner of a wheelchair accessible van.

It runs until Wednesday, August 14th, at pos-abilities.org/calendar/silent-auction-summer-2019. 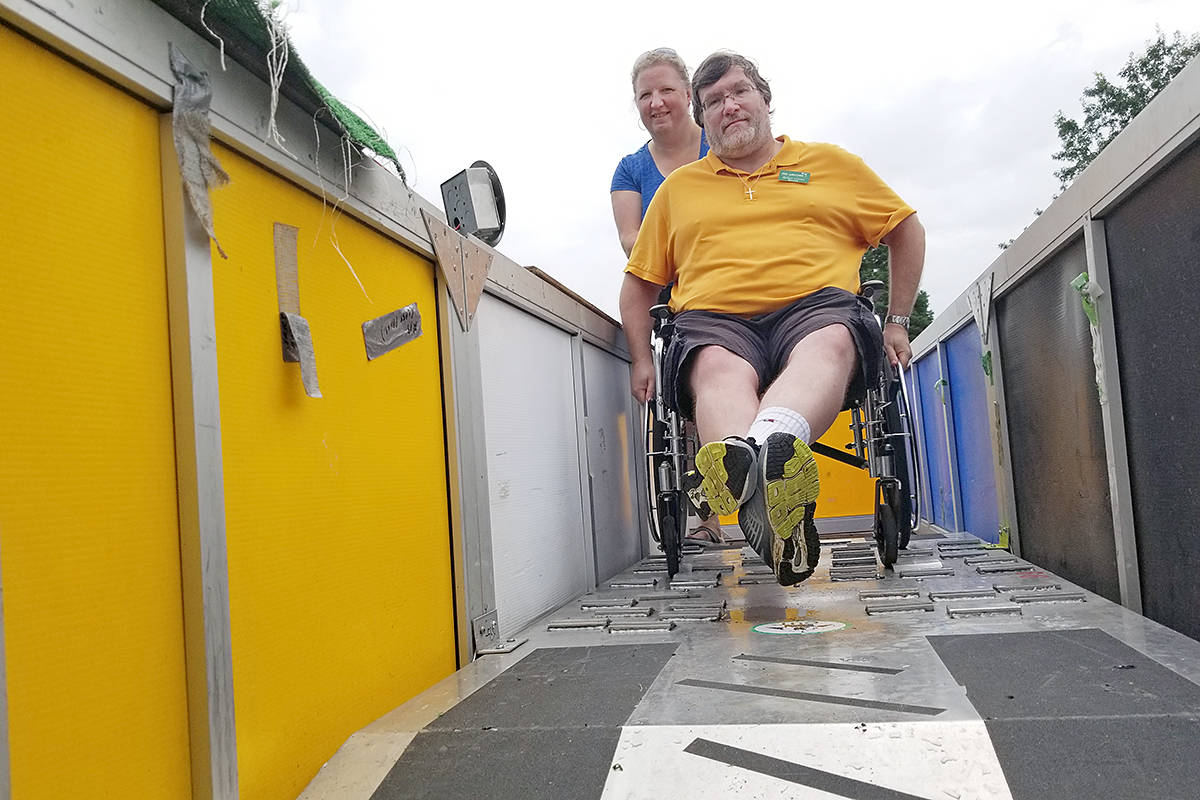 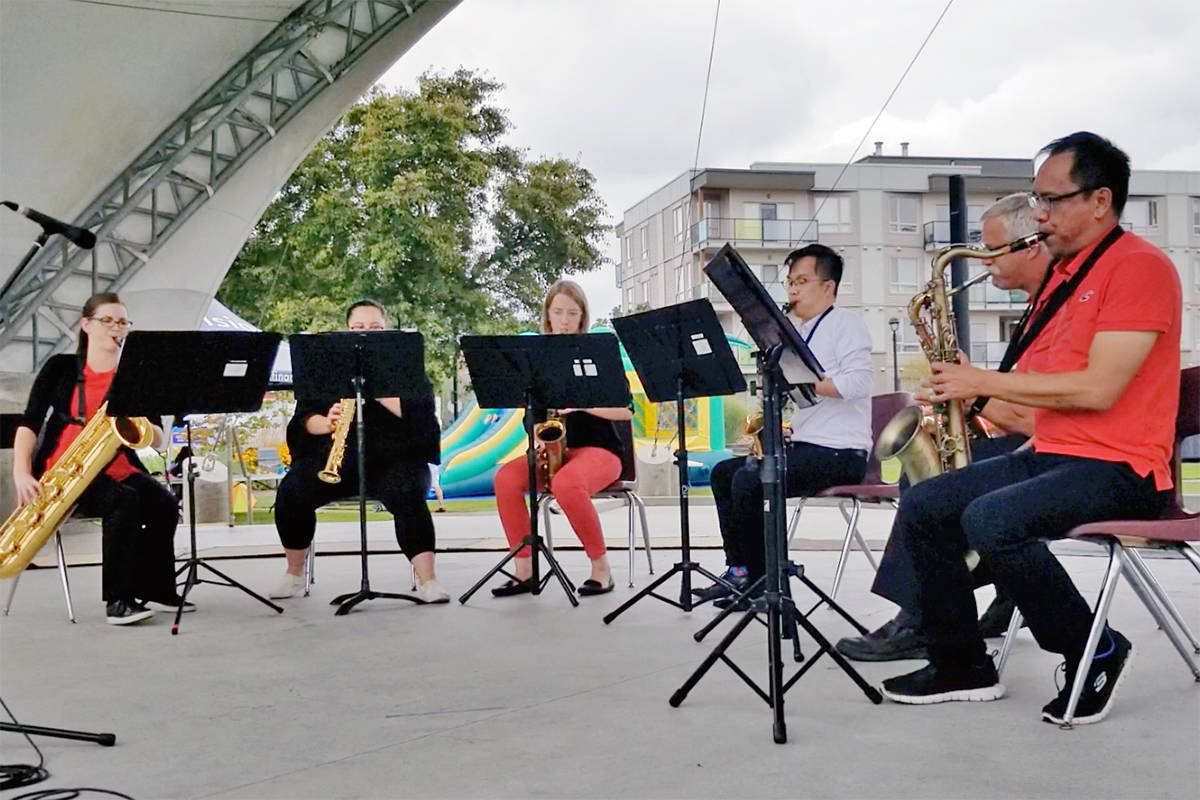 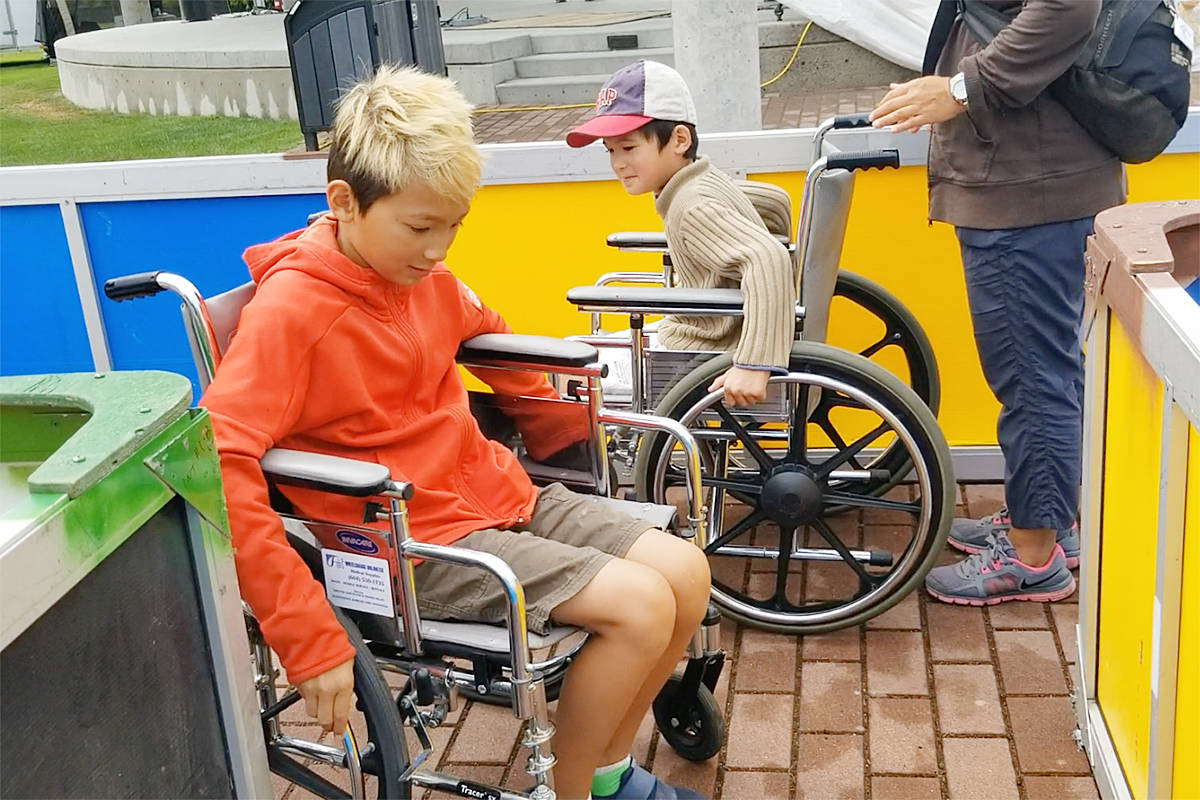 Brothers Soren and Nebi try to get by each other in the wheelchair maze. (Dan Ferguson/Langley Advance Times)