Werner Klann has been putting up Mason Bee homes in Langley City’s Sendall Botanical Gardens at 201A Street and 50th Avenue for the last four years.

On a recent sunny weekday, the 75-year-old Klann was setting up two small wooden structures resembling oversized bird houses on poles, designed to provide a place for the bees to breed.

Mason Bees, Klann explained, are solitary insects with no queens, who don’t make honey, and park visitors don’t have to fear their sting.

“The male bees have no stingers, but the females, if you’re lucky enough to catch one in your hand, it’s like a mosquito bite,” Klann assured.

Mason bees are named for their habit of using mud or other “masonry” products to build their nests, made in naturally occurring gaps like cracks in stones, hollow stems, holes made by wood boring insects, or the pre-made holes in Klann’s wooden homes.

And they are very good for flowers and fruits.

“They’re the best spring pollinators you can get,” Klann declared.

In April, when the weather is warm enough, he will load the wooden trays in the homes with cocoons he has harvested from the year before, kept stored in a fridge to keep them dormant.

Once the cocoons are in their nesting blocks in, the waiting begins.

Every year, Klann, a retired construction worker who lives in South Surrey, sets up around 60 Mason Bee homes in parks throughout the Lower Mainland, at no charge to the parks.

“I was looking for a hobby,” he explained.

Klann says he does it to make more people aware of Mason Bees, “and create an excitement and awareness of this super pollinator that we need so badly.”

Klann has created a website www.themasonbeecompany.com that sells his Mason Bee homes, which he makes from wood, believing the bees prefer it it to mass-produced plastic homes.

He has been constantly refining the design, and this year, was experimenting with adding trays of clay to the base of the homes, to provide the bees with easier access to building materials.

Bees, Klann points out, are in rapid decline, putting the food supply in great danger.

“One out of every three bites of food we consume is pollinated by bees,” he said. 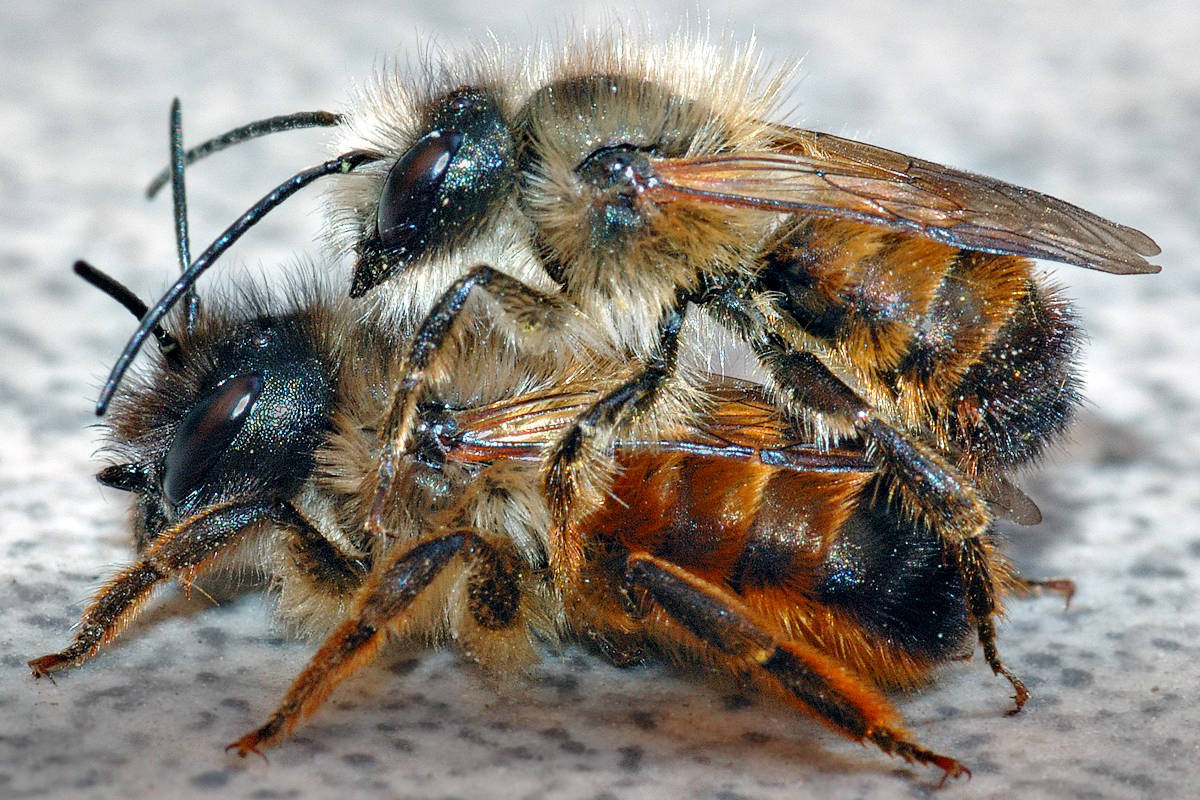 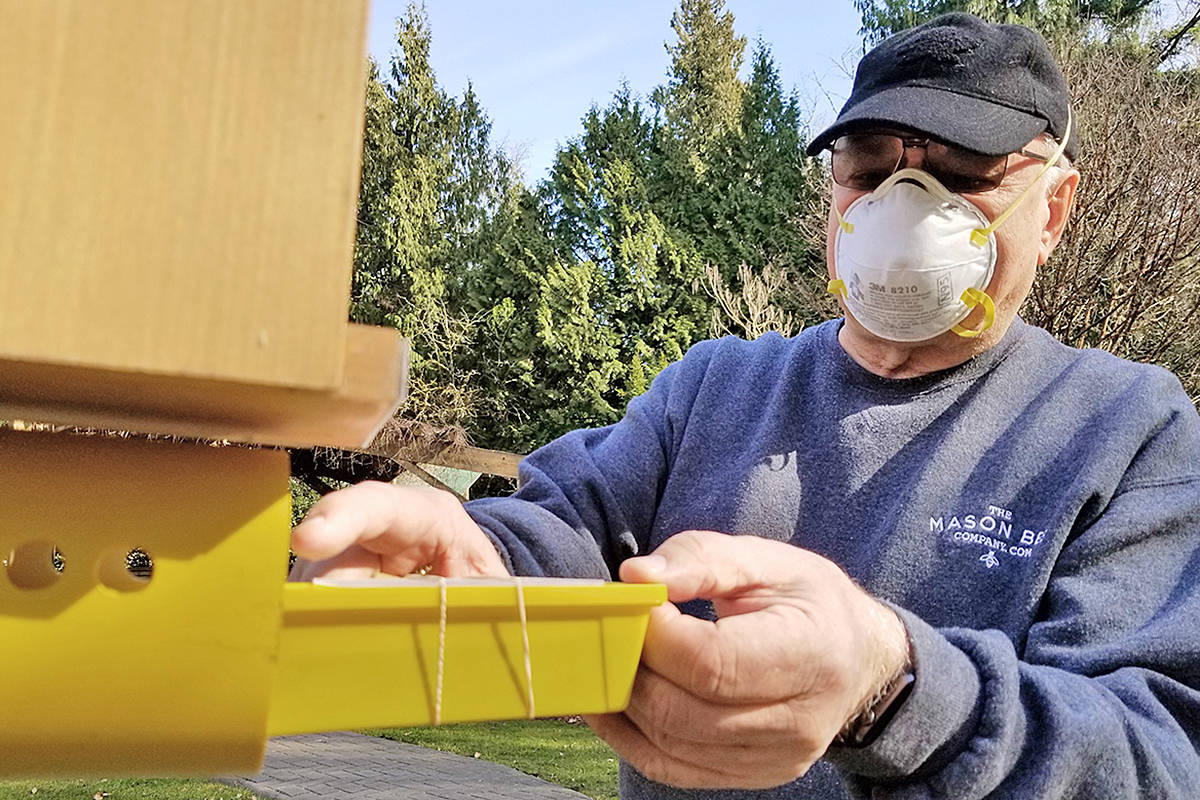