School was in session at Walnut Grove Secondary School (WGSS) on Friday, Dec. 22, the last day before winter break.

But as the arms of the clock stretched past 9 a.m., many of the classrooms were empty and the halls were full of wandering students.

Vice-principal Logan Kitteringham, a WGSS alum, was OK with that. For 65 minutes, students from Grades 8 to 12 were allowed a ‘Christmas flex’ to enjoy the school’s Winter Holiday Extravaganza, which had a dual purpose — a chance for the students to have some fun before Christmas and to raise money by donation for some local causes, including a shelter for homeless youth in the community.

Much of this open house was student driven and fostered student leadership, according to Kitteringham, who noted, “It is the first time we have tried anything like this in our 26-year history.”

In past years, teachers put on a show that included lip-syncing and a flash mob, during an assembly at the end of the school day, before winter break.

The challenge was that WGSS’s main gym could only hold a certain number of students, so only about half of the student body (which is nearly 2,000 kids) stuck around to take in the festivities, Kitteringham said.

“The kids enjoyed that but after a few years, it gets a bit tired and they expect more and more,” Kitteringham said.

This year, WGSS went in a different direction, with stations for the students to visit at their leisure. Highlights included propane fire pits used to cook marshmallows and hotdogs, an eggnog chug and Christmas gift-wrapping challenge, a ’Groves Got Talent contest, SPCA rescue dogs rubbing noses with students, and much more.

Leading up to the Winter Extravaganza, students created two videos to help raise donations for the SPCA and Langley Youth Shelter.

“We (are) hoping to raise awareness to the cause and hopefully supply the shelter with enough donated money too provide youth with a safe, hospitable place that they can use,” Bush said, in an email to The Times. 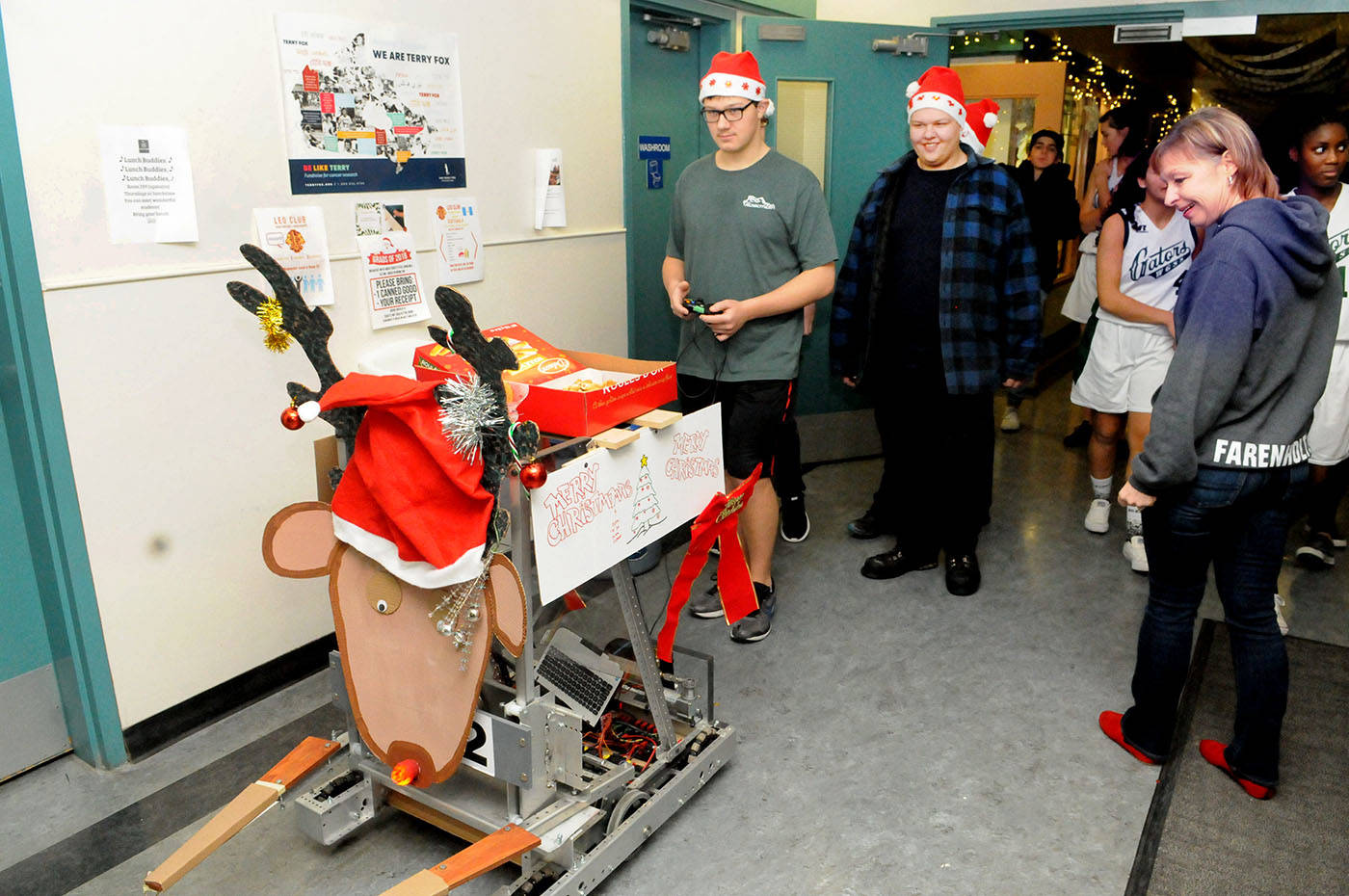 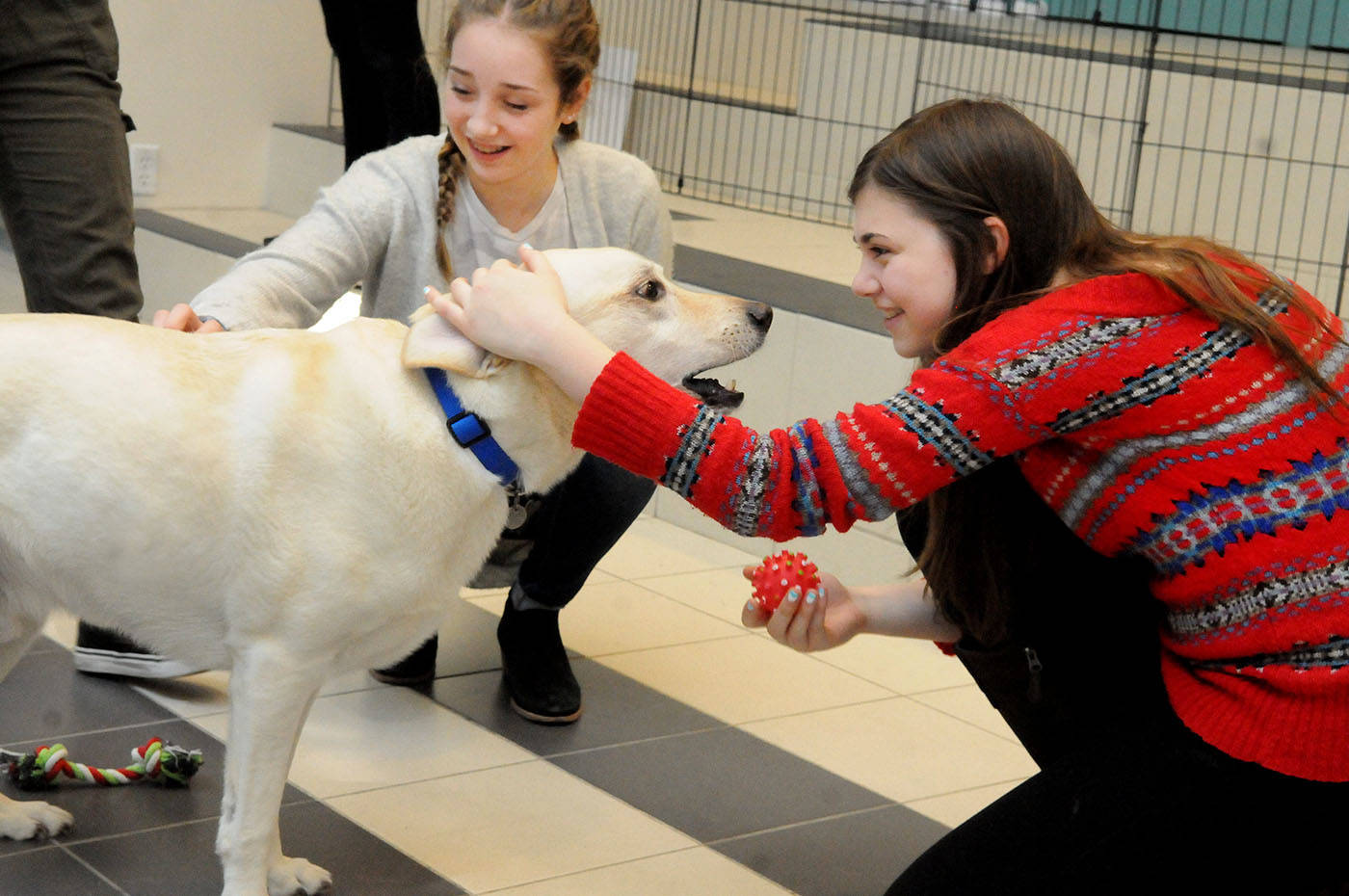 An RCMP rescue dog was happy to visit with students during the WGSS Winter Holiday Extravaganza at Walnut Grove Secondary on Dec. 22, the last day before the winter break. Troy Landreville Langley Times 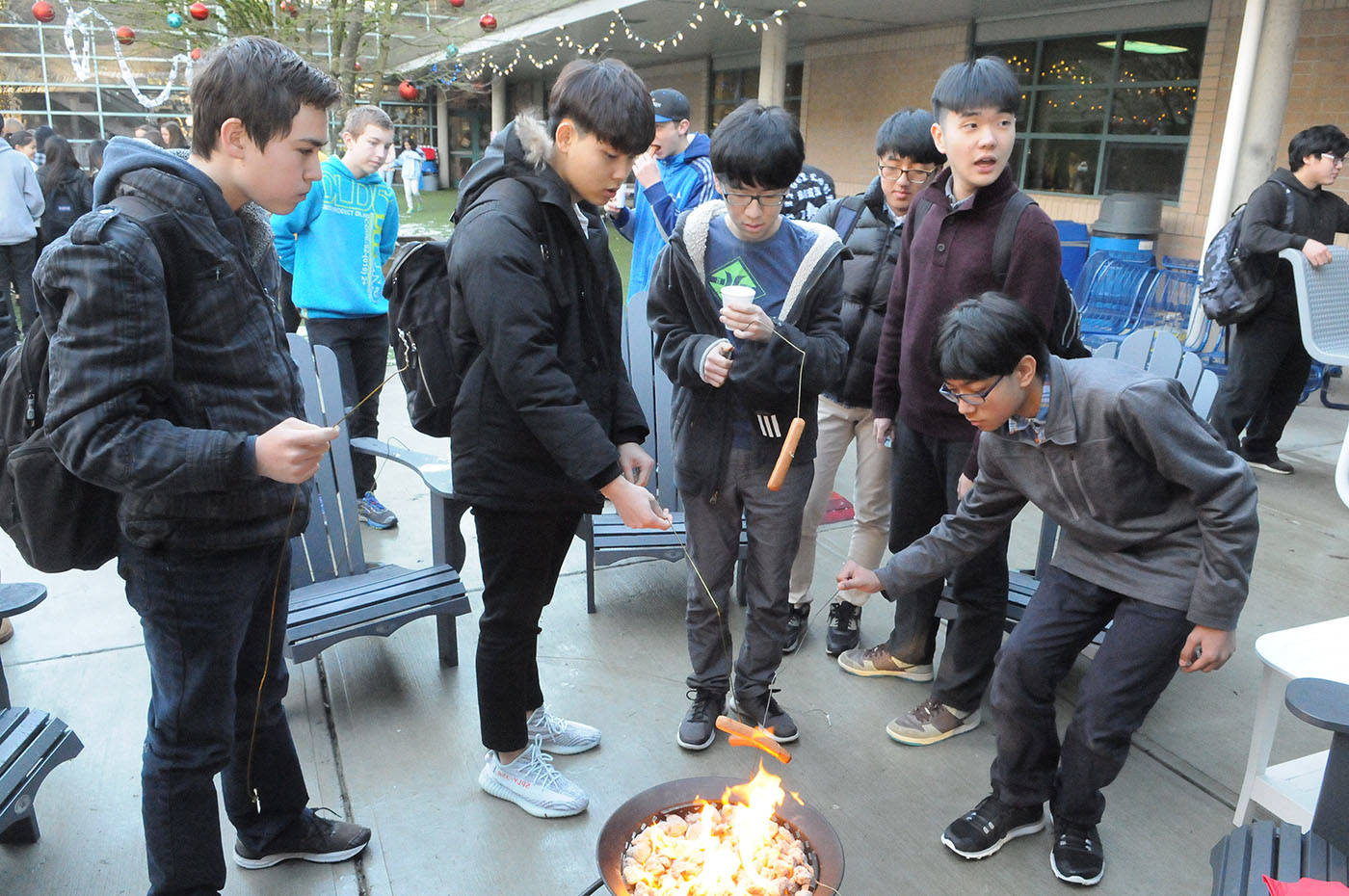 Turkey troubles — when Christmas dinner doesn’t go quite as planned

What will happen in Langley’s school district when student or staffer tests positive?

The school superintendent lays out protocols based on health expert recommendations

Most Langley students back in class

District update released after the first full week of instruction