When Abbotsford Police officer Const. John Davidson was killed on Nov. 6, 2017, his daughter Fay was uncertain what lay ahead, not just for her family, but for her education.

Only just beginning her career as a nursing student at the UBC Kelowna campus at the time, it seemed without her father’s help, it wouldn’t be possible to continue.

“When my father was killed, I was pulled out of my class so they could tell me the news,” Davidson, 21, recounted to a room full of her father’s friends and colleagues on Thursday night in Langley.

“After a sleepless night uncertain for the future, we were relieved when we were called over at the funeral and told that we wouldn’t have to worry about my education.”

The Police and Peace Officers’ Memorial Ribbon Society (PPOMRS) started a scholarship in 2011. One of the program’s main goals is to support children of police officers who have died in the line of duty while serving their community.

Davidson, who is now in the third year of her nursing degree, received the scholarship shortly after her father’s death.

“I knew what it would have meant to my father to have given up,” Davidson said. “It was life-changing to be able to continue.”

She was invited to speak at the dinner following the first Memorial Ribbon Scholarship golf tournament held at Newlands Country Club in Langley on Thursday.

A total of 140 golfers came out to support the cause, many of them officers on local Lower Mainland police forces themselves.

PPOMRS director Ross Gulkison said it was done as a way to honour fallen officers and raise more funds for scholarships.

“We want to raise awareness for other families who may not know about us,” Gulkison said. “The blue ribbon that we wear was where funds were coming from before. It is purchasable, which goes straight to the scholarships.”

The goal of the event was to raise $25,000 to support five children of fallen officers to attend a post-secondary school of their choice in 2019.

In the past eight years, PPOMRS has supported 17 children with Ribbon Scholarships. Since 2008, 40 Canadian Officers have died in the line of duty, leaving behind 56 children.

The event included a live auction and a silent auction with donations such as an Otter Co-op basket and BC Lions tickets.

Longtime reporter and media personality John Daly was the evening’s emcee, while Kathy Maurice – the wife of another fallen officer – also shared some thoughts and memories on stage.

Abbotsford Police Chief Mike Serr recalled the day Davidson was killed, and the community support that poured in.

“The scholarship gave me strength to follow through with a future and honor him the best way I know how,” Davidson concluded. “The evening was amazing and every successful. I thank everyone that came out.”

John Davidson, 53, was fatally shot on Nov. 6, 2017, when he was the first to arrive on scene of a shots-fired call at a business complex on Mt. Lehman Road in Abbotsford.

A moment of silence to pay tribute to him and other fallen officers was given in lieu of a prayer.

“We remember them,” the tournament’s guests said together. 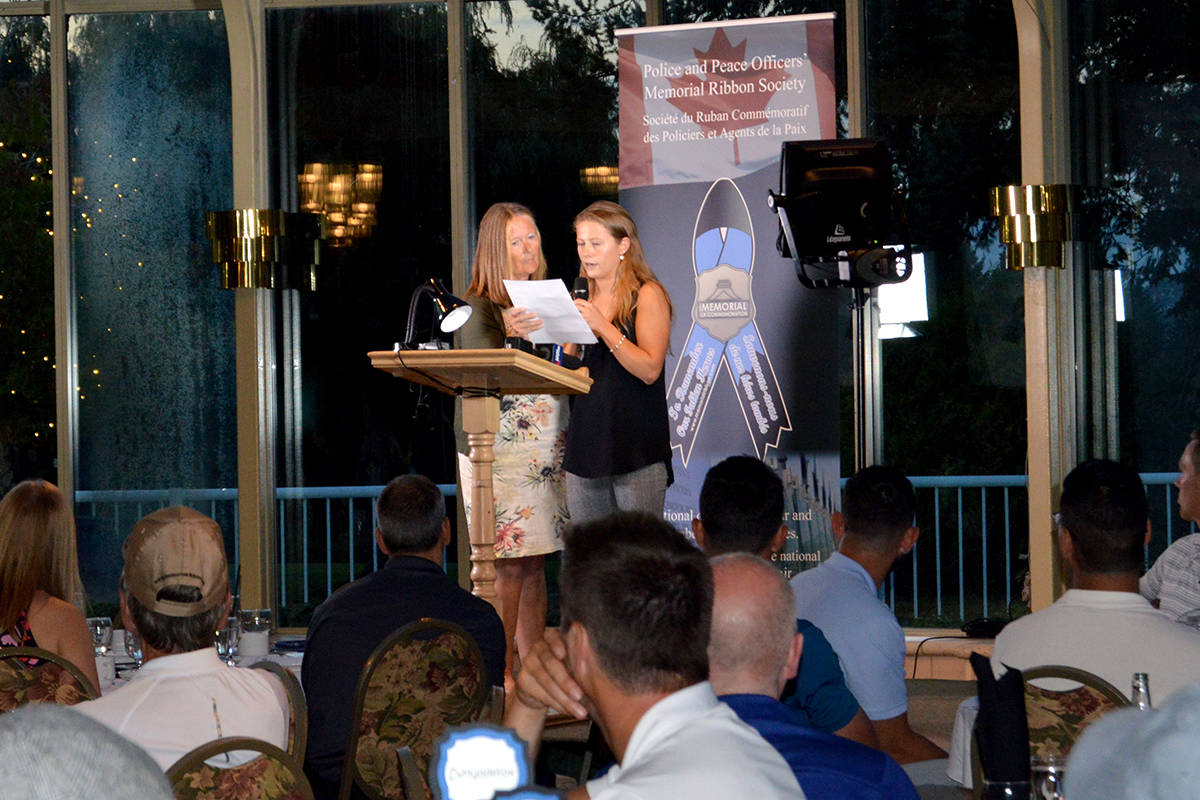 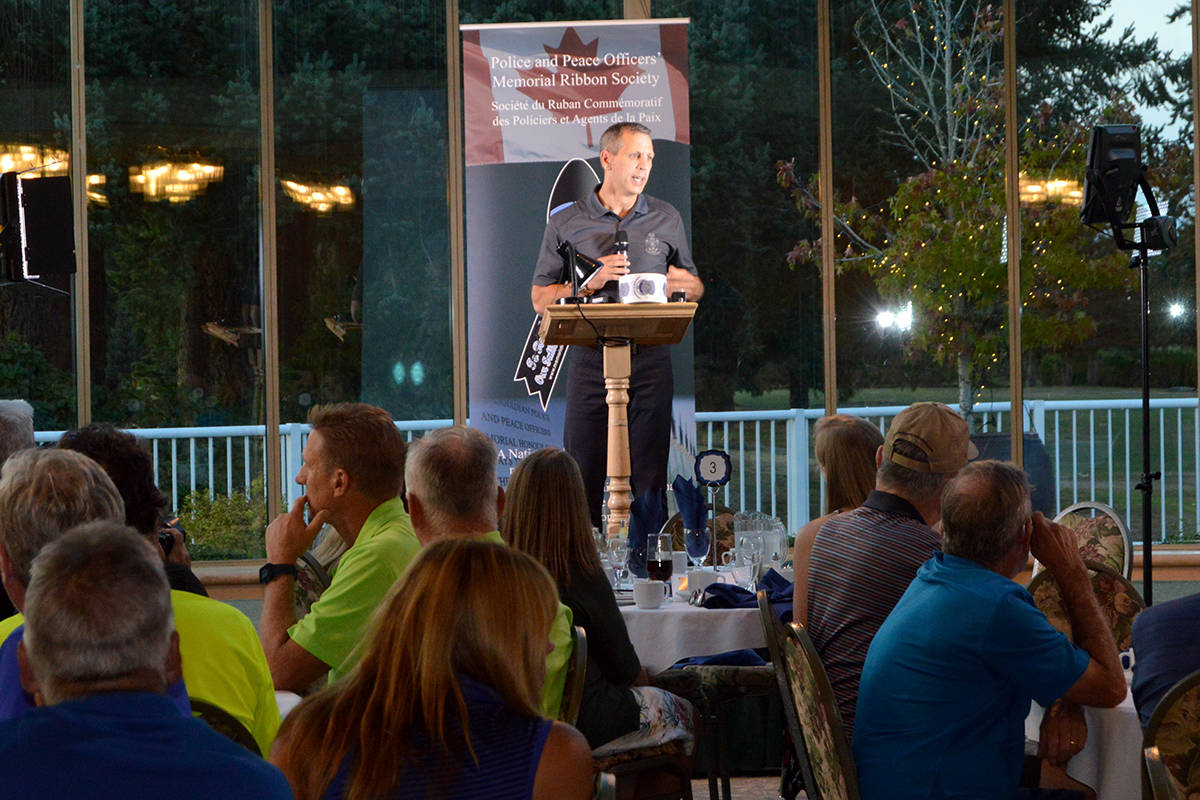 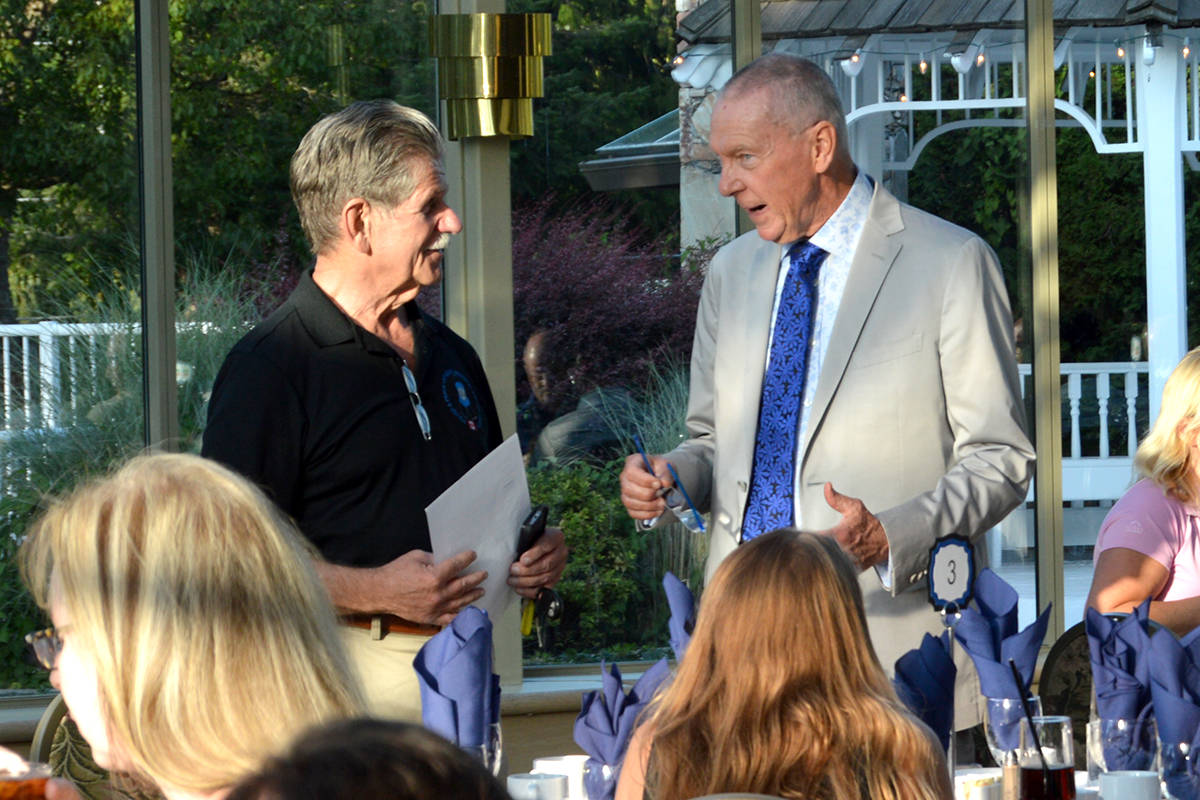 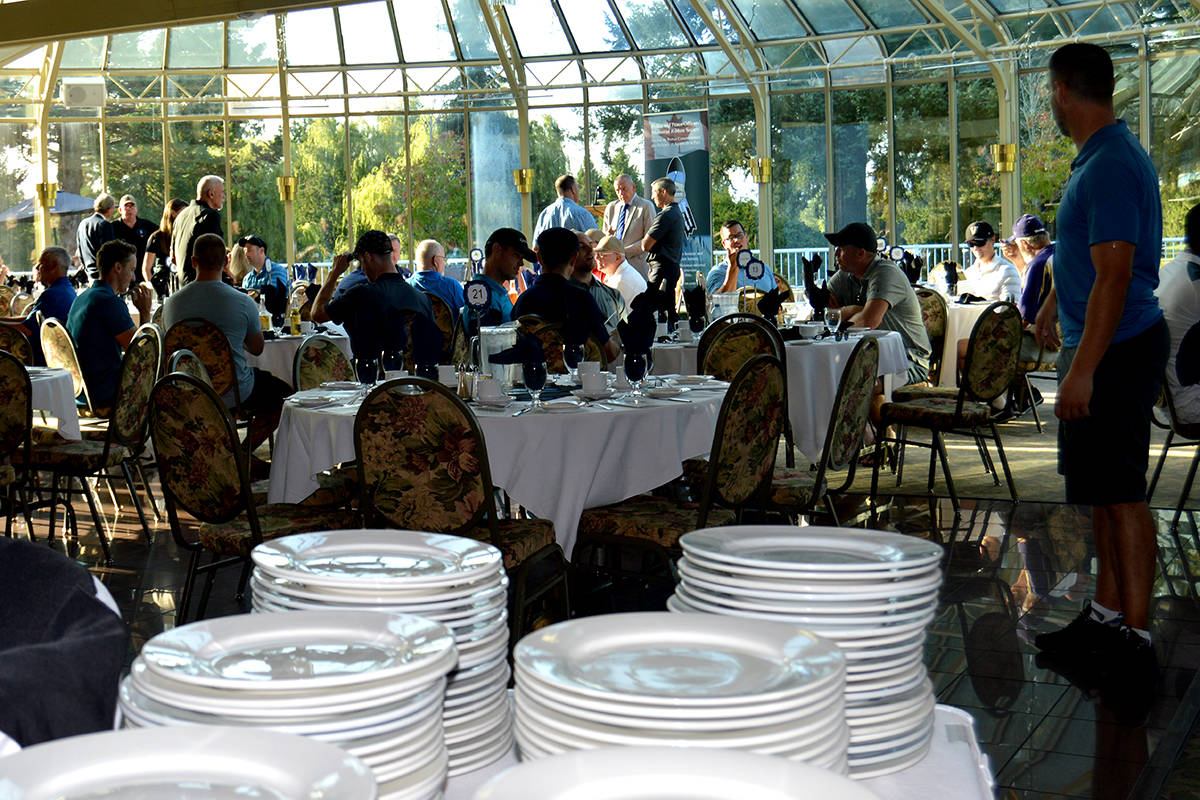 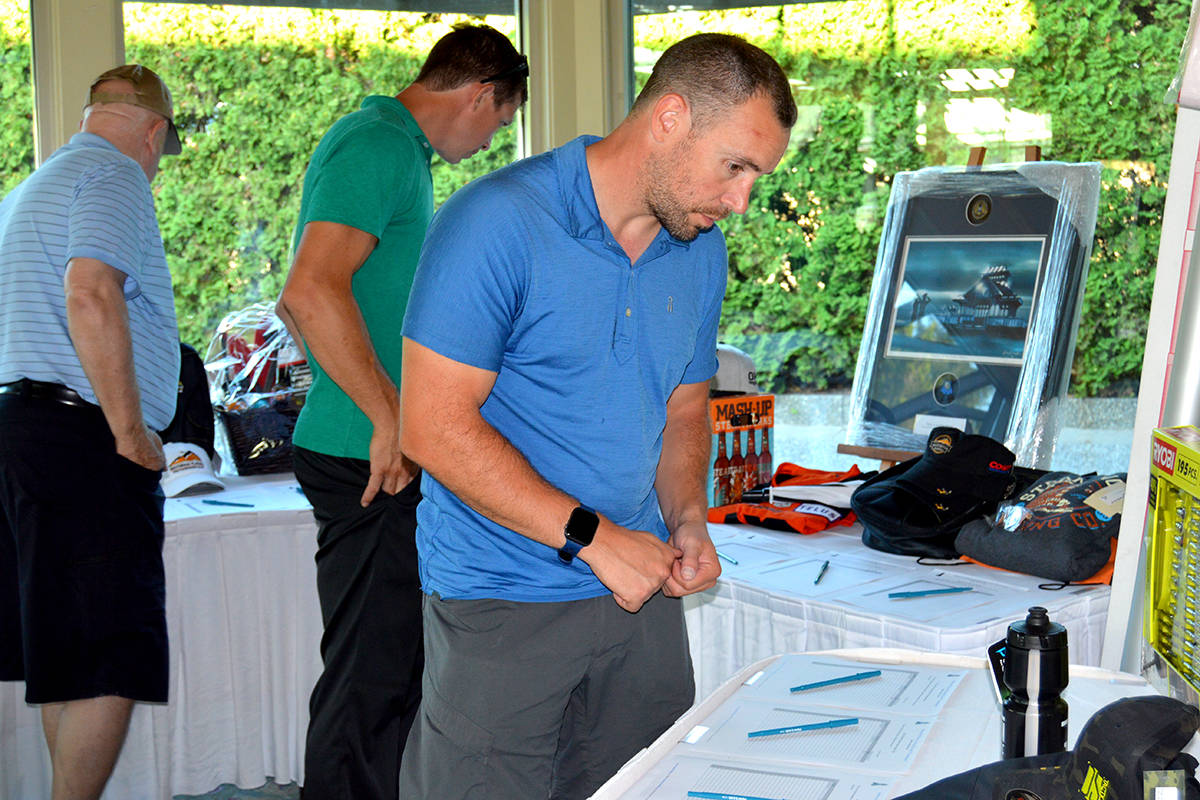 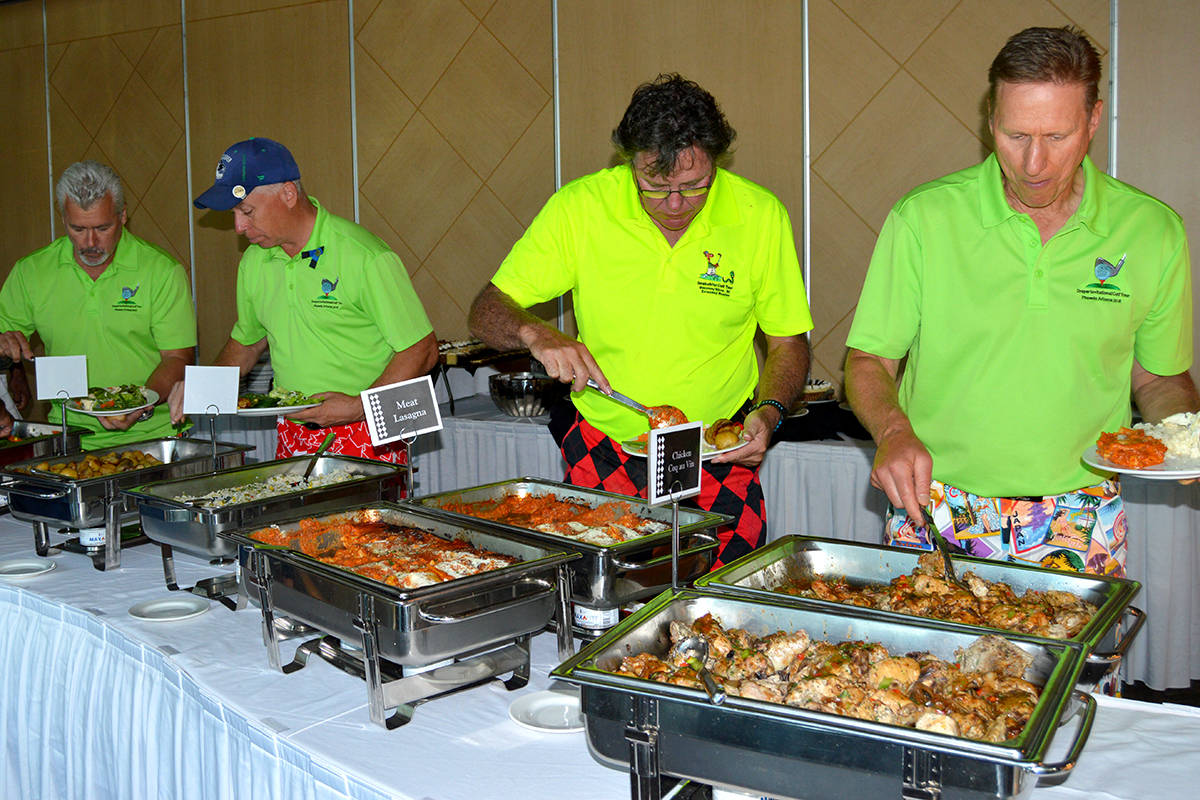