Bob Jadis was messing around with recycled wine bottles in his art shop when he stumbled on a project that has the potential to raise thousands of dollars for the Sources South Surrey and White Rock Food Bank.

In an interview with Peace Arch News Tuesday, Jadis, a lifelong artist who lives in White Rock, said he began painting wine bottles about three weeks ago. His idea was to put a candle inside the bottle to illuminate the colourful scheme.

After speaking with his friend Rock Lamont, a retired machinist, he learned there’s an easier method to produce a similar effect.

“He said ‘You don’t have to drill holes or anything, I’ll go on the internet and get some stringed lights for you, and we can put those in the bottle,’” Jadis said.

“We popped them in, turned them on and wow. It looked like a whole bunch of fireflies inside the bottle.”

Jadis and his wife Trude began showing off the bottles to friends and realized that they were a hit. Trude refers to them as Firefly Lanterns.

“In three weeks the thing has grown from a bottle sitting on my art table to something that has tremendous potential,” Jadis said.

Jadis, a former volunteer with the Sources South Surrey White Rock food bank, established a plan to sell the bottles and donate 100 per cent of the profits to the food bank. Food bank manager Jaye Murray contacted PAN to raise awareness about the effort.

Monday, Jadis delivered $1,000 to the food bank, but suspects much more money could be on the way.

Jadis said it takes about two hours to create a bottle, that includes time for removing the label, painting a base coat, adding the art and finishing with a sealant.

“It’s become a bit of a logistical program,” he said. “I’ve got 20 bottles sitting on a dining room table here that are all finished.”

When asked how he’s getting his hands on the recycled bottles, Jadis offered a joke.

“I’m doing an awful lot of drinking,” he laughed, adding that he has a relationship with a Langley restaurant that donates the empty bottles.

The string lights are attached to an artificial plastic cork. Inside the cork is a switch that controls the battery-operated lights.

Lamont purchased the string lights and gave them to Jadis as part of his contribution to food bank.

Trude, meanwhile, is handling the logistics of the operation and said she has found great success in selling the bottles to fellow athletes at her lawn bowling club.

Jadis, 83, said he has a long history of using his art to raise money for causes dear to his heart. A longtime painter and cartoonist, he’s raised about $600,000 for the Shepherds of Good Hope shelter in Ottawa.

“I’ve always been involved in feeding the hungry, my whole life.”

People interested in purchasing a Firefly Lantern, which cost $50 each, can contact Trude at trudejadis@shaw.ca or by calling 778-292-1077. 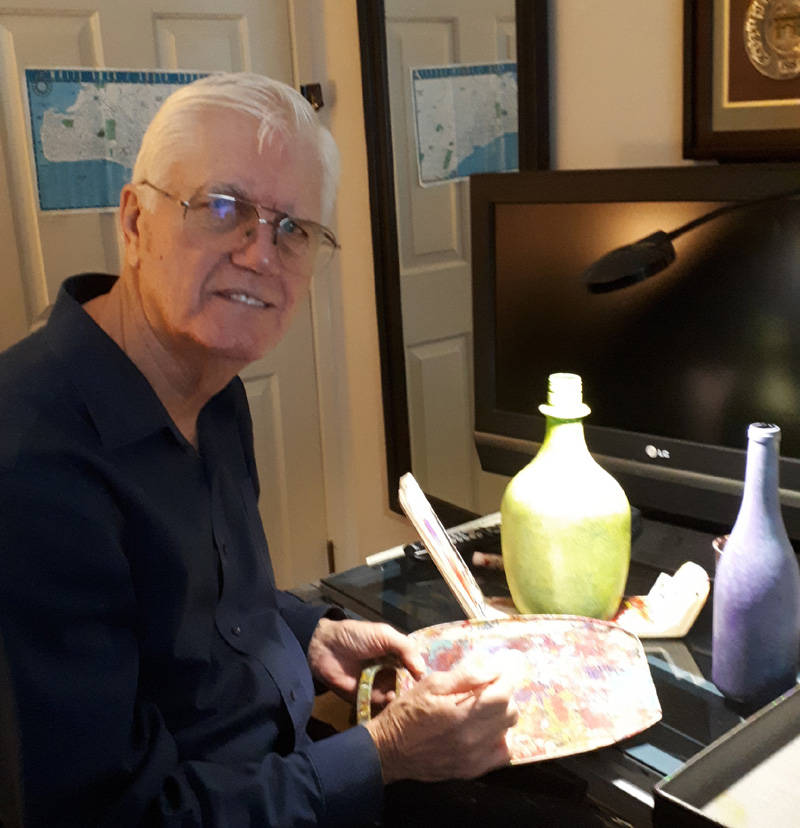 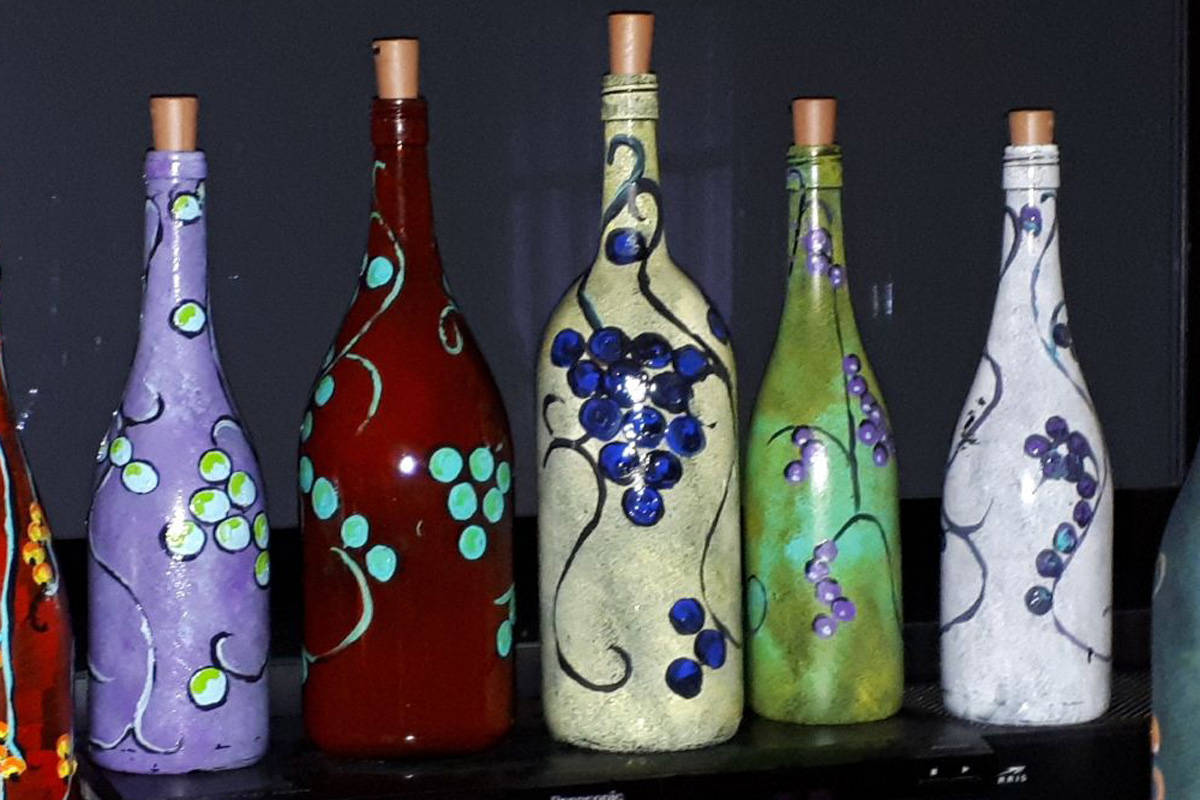 VIDEO: How staff at a Langley seniors facility made handcrafted Valentine’s Day cards for people they don’t serve