A few months after the 2017 Terry Fox run in Langley City, the volunteers who work on the annual event began preparing for the next one.

Janice Busby says usually, the work starts out slow, then the pace picks up as the date draws near.

It can get hectic.

“It’s crazy, but it’s a good crazy. We have a wonderful group.”

Busby will be managing the concession at Douglas Park (20550 Douglas Cres.) on the morning of Sunday, September 16, when the 38th annual Terry Fox Run takes place.

She has been working on the run since it was revived in Langley City nine years ago.

Not that she required much convincing.

“Its a wonderful thing (that) we’re still carrying on his dream. I’ve lost my dad, I’ve lost friends to cancer. I, too, would like to see a cure.”

She said among the positives of volunteering is the experience of seeing people come back to the run year after year, either for a themselves or for a family member.

“Why do I do it? Because of the people I end up working with and volunteering with,” she said.

Last year, there were 228 participants in the Langley City run, who raised a total of $13,801 by walking or running routes of varying lengths.

Achieving that total required 50 volunteers, who began setting up for the 10 a.m. start at 7 a.m.

The Langley City Terry Fox Run has raised over $136,000 for cancer research since it started, while the Walnut Grove run in Langley Township has collected $140,000 to date and the Aldergrove run has raised $79,000.

Those amounts don’t include funds raised by local schools and other groups.

Since Terry Fox set out on his Marathon of Hope, over $750 million has been raised by hundreds of thousands of participants across Canada.

Donna White, British Columbia and Yukon Provincial Director of the Terry Fox run, said the volunteers are “a human chain linked by a common purpose – to make a positive difference in the fight against cancer.”

People interested in volunteering can learn more at http://www.terryfox.org/run/ or contact the regional office at 604-464-2666, or email email donna.white@terryfoxrun.org.

After he lost a leg to cancer, Terry Fox began the Marathon of Hope in 1980 to raise money for cancer research, saying if each Canadian could contribute just a dollar, millions could be raised to fight cancer. 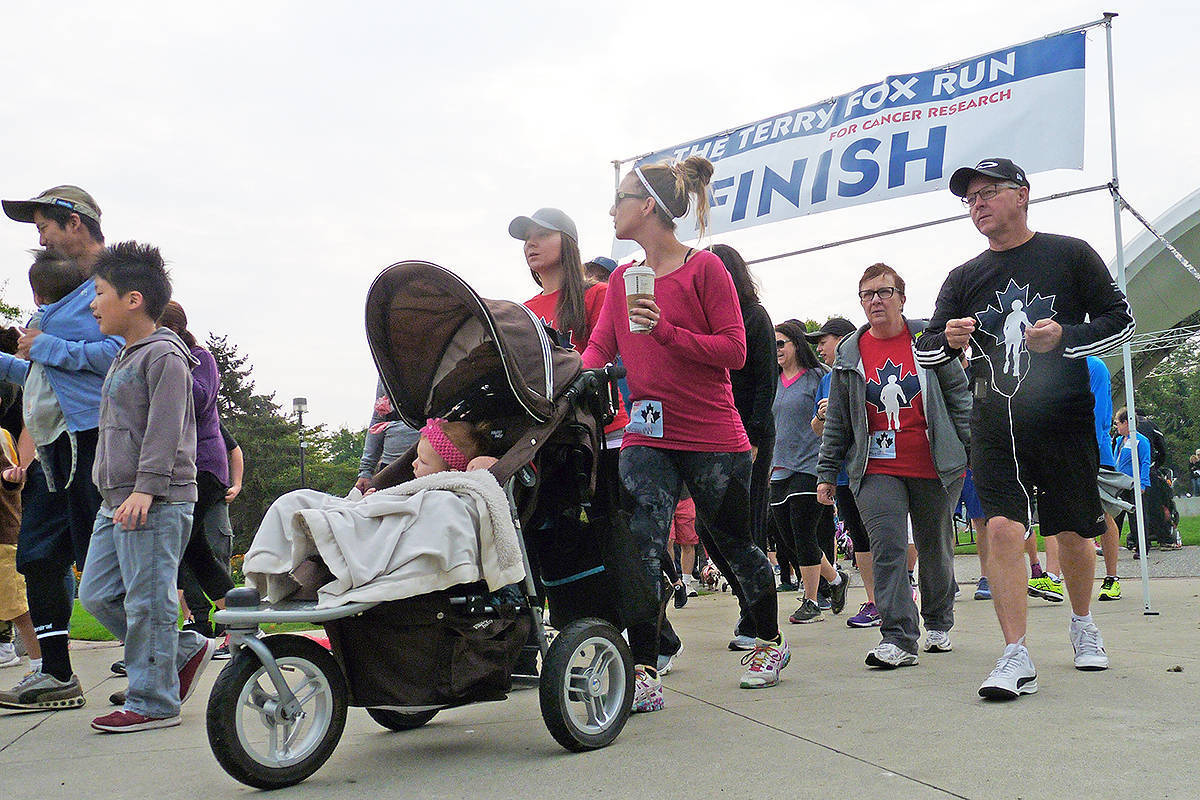 Walk for the Cats is one week away