The Anderson family, owners of the Glen Valley pumpkin patch and farm tour Aldor Acres, knew they had to support each other when matriarch Dorothy was diagnosed with Parkinson’s disease three years ago.

“People don’t always say what’s happening to them,” he explained, pointing out that initial symptoms often go unchecked or get misdiagnosed. “We want to raise awareness so people know.”

The Andersons got involved with various Parkinson’s groups and charities over the past several years, attending seminars and resources to learn how to fight back against the disease known for slowing motor skills, causing tremors, and even affecting a person’s speech.

Daughter, Gail Anderson-Macadam, said the perfect opportunity for them to raise awareness came when the annual Langley/Surrey Parkinson’s Society of B.C. fundraiser looked as though it wasn’t going to happen.

“Coordinators for the Surrey/Langley area were looking for a space to host the walk,” Gail explained. “It used to be held at Bear Creek Park – there are 25 different walks happening all across B.C. on the same day. We felt that there is enough of a community here, we can do one; the roads are safe and it’s a beautiful location.”

Aldor Acres will hold the Parkinson SuperWalk on Saturday, Sept. 7 at their farm. The walk will take place around the family’s country neighborhood, starting at Aldor Acres and covering several different paths around 252nd Street.

The shorter walk is 2 km and the longer will be 3.6 km – both flat and wheel-chair friendly. A refreshment station at a neighbour’s home will be held at the half-way point.

”The walk will be multi-generational – a lot of grandparents coming out with their grandkids. The disease does tend to affect an older demographic,” Gail said. “We’ll have about 40 volunteers and are expecting 100 walkers.”

People joining in on the walk can donate online or fill out a pledge form and bring funds to the walk at Aldor Acres. Everything raised will go towards research, physio and speech therapy, and exercises seminars through the Parkinson Society.

Live music by BCCMA nominated performer Alyssa Nielson, appointments-by-donation with a reflexologist, door prize giveaways, and a free barbecue sponsored by Otter Co-op and Landstone Homes will be on site throughout the day.

Aldor Acres will also have all of their petting zoo animals up front and centre for walkers to meet, including goats, calves, and llamas.

Coinciding with the SuperWalk, Albert and Dorothy will be celebrating their 56th wedding anniversary on the exact same day. The couple have been on the farmsite since 1971, with Aldor Acres open to the public now for more than 30 years.

The SUPERWALK also acts an early kickoff for the Andersons upcoming autumn festivities. Their official season opens Sept. 21 when all of their pumpkins in the adjacent patch start to take shape.

”We have no idea what to expect but we see this an annual event that can continue to grow. The main take away for people is awareness – we don’t talk about it enough or share what’s going on.”

Donation pledges and walk registrations can be competed at www.parkinson.bc.ca/superwalk. 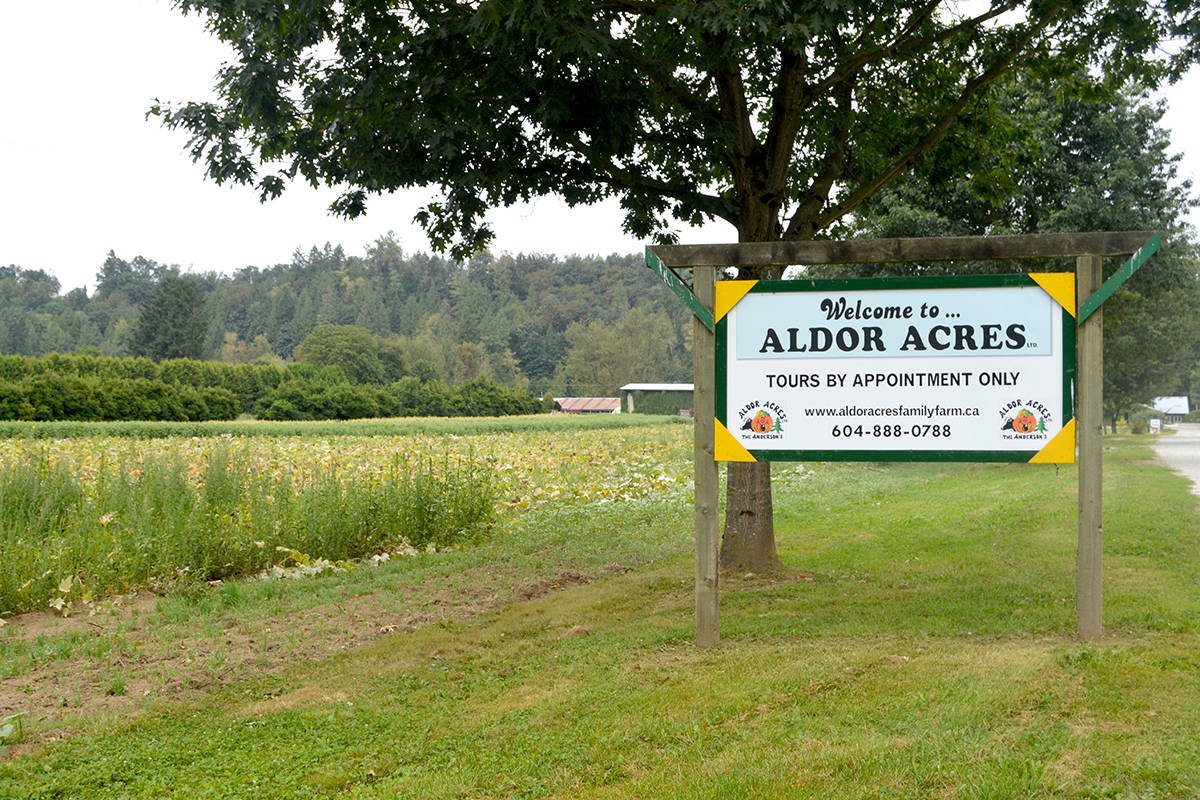