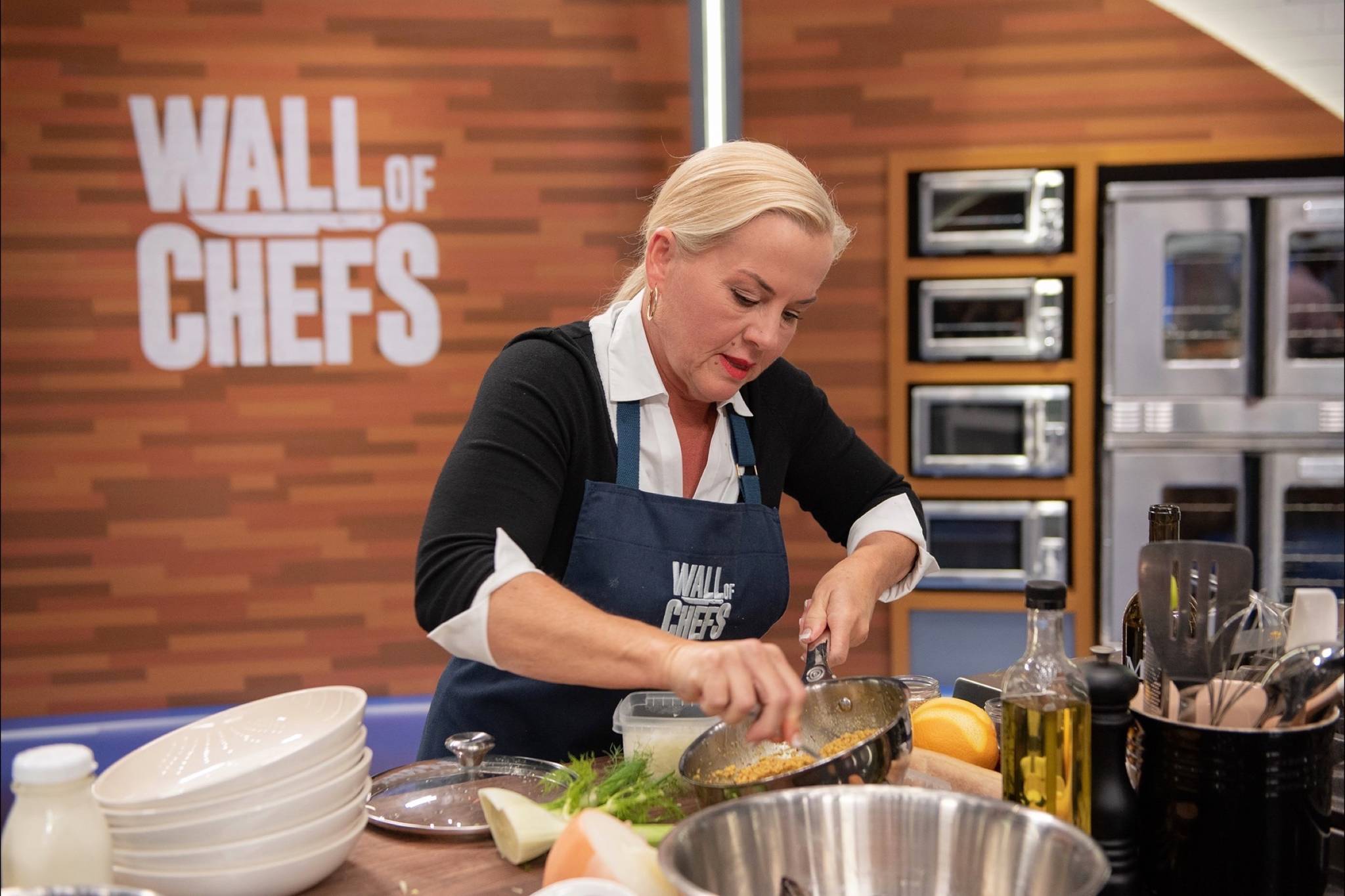 Local chef Tammy Wood is making her way back to the Food Network Canada spotlight.

Wood announced via her Facebook Page “Sossy Outdoors” that she will compete on Food Network’s “Wall of Chefs,” set to air Tuesday (September 15) night at 7 p.m. PST.

“I am excited to share this part of my journey with you all,” she said in a brief statement.

”Wall of Chefs” is currently in its second season. In each episode, four home cooks will face off in three rigorous culinary challenges, pitting their skills against the discerning minds and palates of some of Canada’s greatest chefs – the dreaded “Wall.”

RELATED: Tammy Wood: Down but not out

The first round calls upon home cooks to cook their crowd-pleasers. Round two pits contestants against each other using three key ingredients in the home fridge of one of the contestants. The third and final round asks the home cooks to draw inspiration from a chef’s signature dish to make their own restaurant-worthy creation.

One home cook is eliminated each round, and the last cook standing wins a $10,000 cash prize and the bragging rights of conquering “The Wall.”

“Wall of Chefs” airs every Tuesday at 7 p.m. PST on Food Network Canada, through Amazon Prime and the GlobalTV app.

Wood’s flair for game cooking earned her a place in the top 10 home cooks in Canada before she was eliminated in the ninth episode. Surrey concrete contractor turned chef David Jorge ultimately took the crown that season with Line Pelletier of New Brunswick as runner-up

Wood kept a positive attitude even in the face of defeat, saying the opportunity changed the course of her life.

Wood has been the hostess of “Sossy Outdoors” on the Canadian Sportsmen Channel, a program dedicated to showcasing wild game and seafood and all the recipes home cooks can create with fresh hunted or fished ingredients.

Her Facebook page of the same name remains very active with videos featuring recipes and her own adventures in the great outdoors as she pursues her passions of hunting, fishing and cooking.

Stay tuned to The Observer for results and more.