King is directing a production of the Agatha Christie classic, on stage at Anvil Centre in New Westminster Oct. 18 to 20 and the Surrey Arts Centre Oct. 25 and 26.

The murder-mystery is a break in genre, just in time for Halloween, as RCTC has put on nothing but comedies for the past four years.

“People like to laugh,” King said. “The world is not so much a joyful place these days – there’s a lot of doom and gloom.”

That being said, King pointed out that Spider’s Web has some lighter aspects to it, containing a few laugh-out-loud bits and some quirky characters.

“People often look down at Agatha Christie, but she’s not as two-dimensional as some people might think,” King explained. “Spider’s Web is the second most popular and longest running show after Mouse Trap – we treat it with respect.”

Set in the 1950s, the story follows the character of Clarissa, a lively young woman who finds a dead body in her upscale rented country house. Secret panels, a mysterious caller, and a priceless object are all ingredients in the family-friendly show with a cast of 10.

As for King’s own story, she said she danced to strengthen her ankles as a child, trained in drama as a teenager, and even went on the road as a musician in England. King moved to Canada from the UK in 1982 and hasn’t looked back, creating RCTC in 2007.

Read More: Family squabbles fill up the stage in production of Social Security

“We are fortunate to have a studio and rehearsal space, but we don’t have a permanent theatre to perform in so we tour around,” King said.

Without a sizable performance space in Langley, Langleyites will have to head to Surrey or New West to get their Agatha Christie fix.

People can find out more and purchase their tickets at www.rctheatreco.com.

King said RCTC was very fortunate to have a “very good cast” with experienced equity actors and community performers looking for a chance to get up on stage.

“I hope the audience leaves having had fun and a good time,” King added. “It’s a bit of an antidote to the real murders going on out there.”

Norm Foster’s ode to the Screwball Comedy of the 1930s and 1940s will take the stage next spring, as well as King’s own original pantomime rendition of Snow White this December. 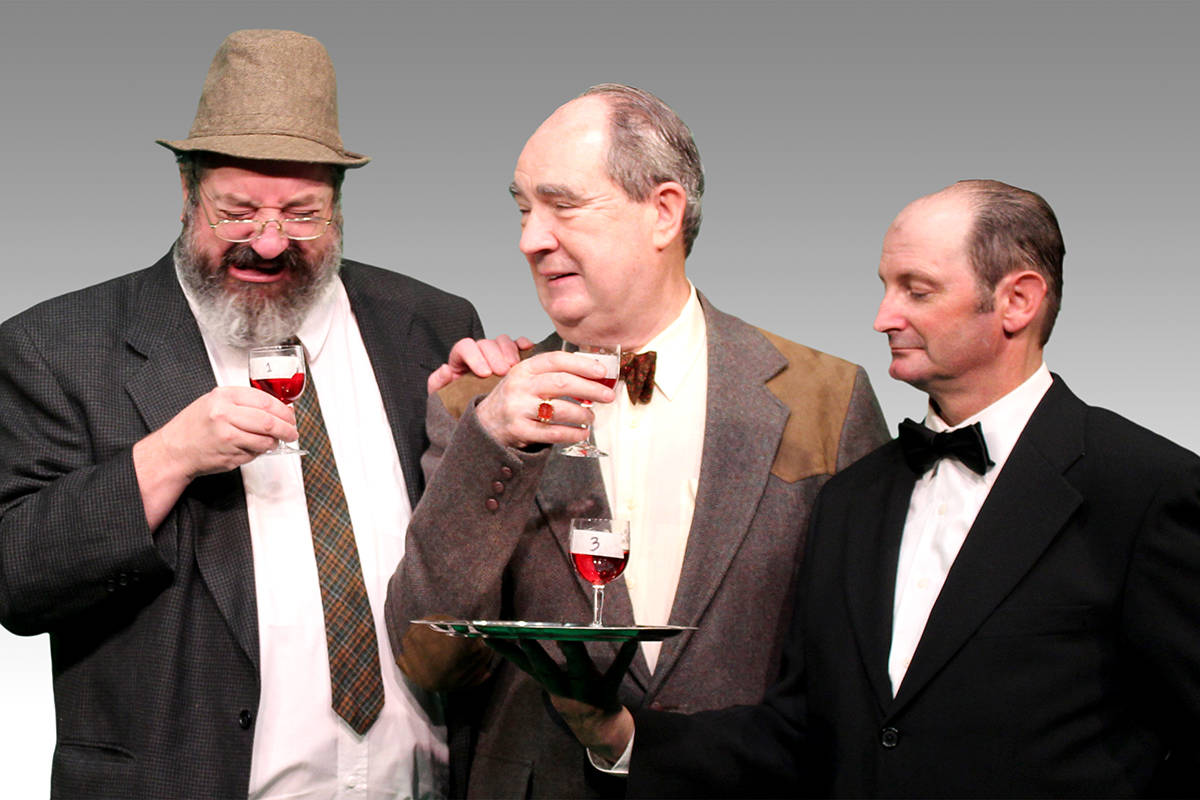 Family squabbles fill up the stage in production of Social Security

West My Friend an acoustic blend of guitar, mandolin, and accordion