Dallas Smith was the big winner at the Canadian Country Music Association award show Monday night, nabbing three trophies – including entertainer of the year at a splashy livestreamed event in front of thousands of in-person spectators.

The 43-year-old from Langley, B.C., who performed his single Hide From a Broken Heart for the fully vaccinated crowd in Ontario, also won the male artist of the year award and single of the year for Like A Man.

Once an award-winning radio journalist and now a writer of poetry and fiction, Allana Stuart is garnering some recent national recognition.

The former Langley resident, who now calls Ottawa home, was selected in early November as one of 31 shortlisted for the CBC Poetry Prize.

Her work on The End of the Line saw Stuart shortlisted out of almost 3,000 English language submissions. While shortlisted, she was not a finalist and did not win the 2021 prize that included $6,000 and the publication of their works on CBC Books.

Stuart, who also produces the podcast Rx Advocacy, lived in Langley for a few years, more than a decade ago.

She’s returned to her home province of Ontario with her husband and two children.

Her poetry has been published in Goat’s Milk Magazine and Orangepeel Literary Magazine.

When she’s not writing or reading, she’s said to be found rollerskating in her basement.

Messiah arrives in the Valley

The local performance happens at St. Joseph Catholic Church in downtown Langley on Saturday, Dec. 11 at 7:30 p.m. It is one of four shows in the Valley this month. The others are set for Vancouver, Surrey, and Abbotsford.

Together with members of the CSO’s baroque ensemble, the Belle Voci will be performing a musical rite of the holiday season, said music director Paula DeWit.

One of the special challenges in performing Messiah year after year is to keep the work sounding fresh, as if one had just discovered it. Those in attendance can expect to hear a more detailed, articulate style and quicker tempos based on Baroque dance rhythms and speech patterns.

Tickets are $40 each and on sale online at chilliwacksymphony.com.

Bringing an acoustic Christmas to Bez

On the music front,Vancouver guitarist Trace Bundy will be in town this weekend for an acoustic holiday show at Bez Arts Hub.

Bundy, who has been playing since be bought a guitar at a garage sale at age 11, is bringing his solo acoustic act to Bez with a special holiday-themed performance on Saturday, Dec. 4, starting at 8 p.m.

Having performed sold-out shows around the world, he doesn’t take the opportunity to perform live for granted, especially coming out of the pandemic.

“I go into each show with the intention of trying to bring joy. When I see people experiencing joy and leaving with a smile on their faces, then I know I did my job at that point. It was always my dream as a kid, to have a career in the arts and not many people get to do that. I don’t hold that lightly. This is a gift, to be able to do this.”

The concert will feature Bundy performing his original instrumental songs, with traditional Christmas classics mixed in. It will be an intimate seating event with room for fewer than 100 people. Tickets at FrontRowEvents.ca or by calling 604-788-3164. 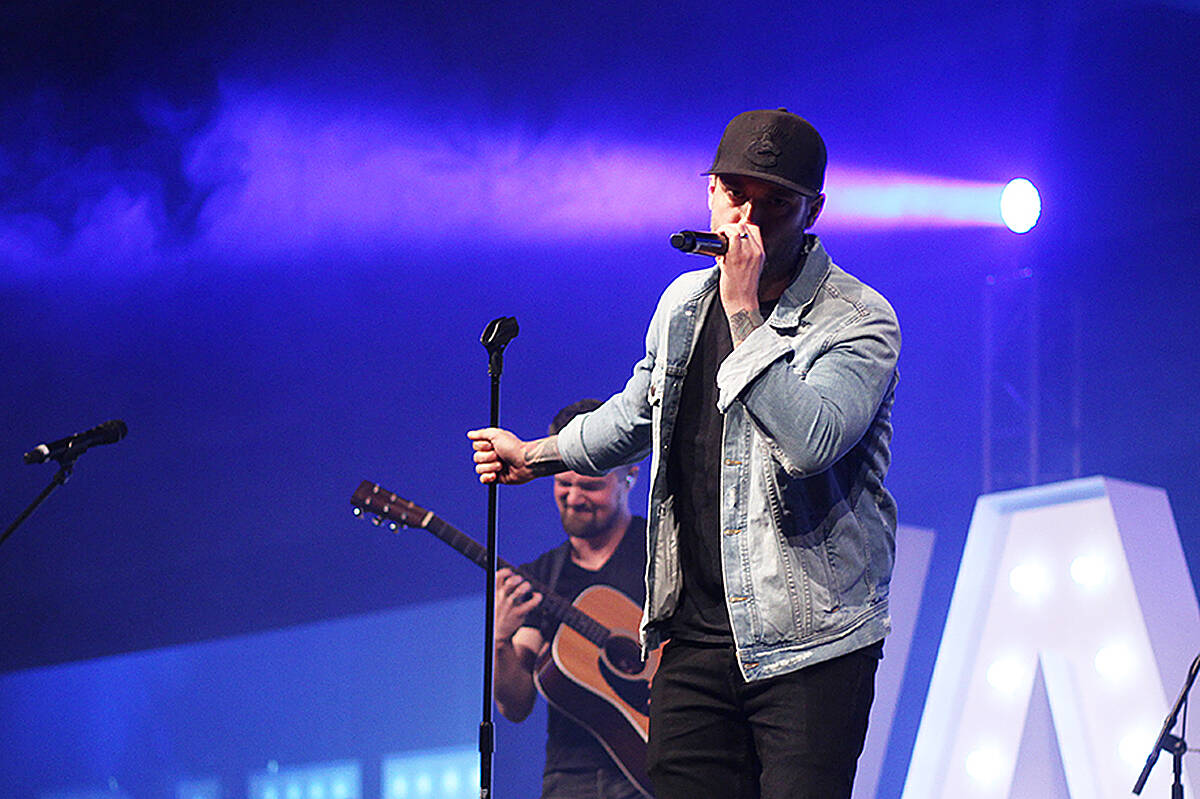