In 2010, local Shakespeare fans and theatre enthusiasts helped Bard in the Valley grace the stage for the very first time.

Ten years later, the Langley organization is bringing back its inaugural production of A Midsummer Night’s Dream to celebrate a decade’s worth of Bard performances.

Director Darcy Knopp started out with Bard in the Valley as an actor, playing the lead role of Oberson in that very first Midsummer Night’s production.

“Dream is one of Shakespeare’s most popular shows,” said Knopp. “It’s what many companies choose as their first show. It’s a hit because it’s light and funny. There are faeries and magic, and its accessible to a wide audience.”

Nikola Trotzuk, a 22-year-old Langley actor playing Demetrius stressed that this version is “not light and fluffy. It’s not your parent’s Shakespeare.” The interpreted version is structured around a fantastical haunted forest setting which stemmed from the director’s nightmares.

Founded by director Allan Thain – who passed away in 2013 – and producer Diane Gendron, the goal of Bard in the Valley was always to provide affordable and accessible works of Shakespeare for the community.

Since its conception, 22,000 audience members have taken in Bard shows while 60 people volunteer every year to bring productions to the stage – including set designers, technicians, and various behind-the-scenes crew.

Emily MacKinnon, Midsummer Night’s stage manager, has been volunteering for five years now because of the team. “Bard is my most favorite activity because of the inspirational people.”

The mood may sound light and fun, but the dedication to the craft to create quality theater is still very much present.

After the play is selected, the audition process begins in March which anyone is invited to attend. Rehearsals stretch over three months until the play is ready for the public in June and July.

“The talent we have for this show comes from all over,” Knopp explained. “We have university students and alumni, veteran community actors, and some actors who are just really passionate about Shakespeare.”

For this production of A Midsummer Night’s Dream, the cast features 18 actors – ten of which are from Langley.

For those doubting whether a Shakespeare performance is the right type entertainment for them, MacKinnon specifically assured this production “isn’t stuffy” or tough to understand.

“When people act out Shakespeare, you can get more of the gist about what they are saying as opposed to when you’re just reading it. That’s when there’s a disconnect,” MacKinnon said.

Chairs will be set up at the venues, and there is a concession. Audience members are welcome to come early, bring a blanket or lawn chairs and a picnic and spread out on the lawn in front of the stage. Donations can also be made to help cover production costs.

“I frequently hear from our audience that our shows are the first piece of theatre they have seen ever, or at least in a significant period of time,” Knopp said. “They often say, “I don’t know why we don’t do this more often.”

There is a total of 17 performances this year, beginning with the Township’s Summer Festival Series at the Willoughby Park Amphitheatre on Thursday, June 27.

After a four performance run at the Summer Series, Bard in the Valley heads to Township 7 Winery from July 5 to 13 where tickets will cost $20.

Finally, the troupe will take to the Spirit Square Stage in Douglas Park from July 18 to 28 for eight free performances to wrap up the season.

Producer Diane Gendron described the whole Bard event as magic. “It’s live theatre magic at the best of times. When the sun goes down for the evening and the stage lights go up – it’s just exciting.”

People can visit www.bardinthevalley.com for a full listing of performances of A Midsummer Night’s Dream. 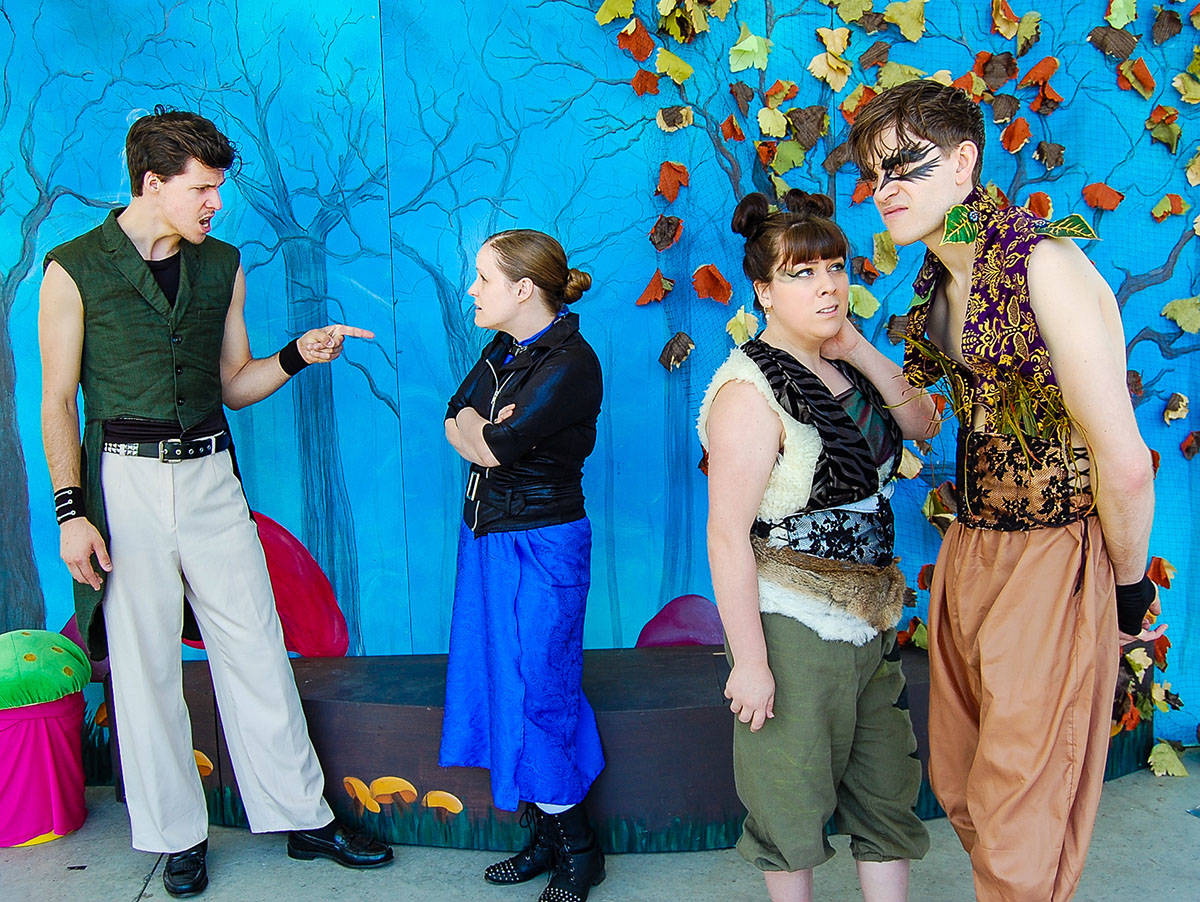