While she’s not the star of the Royal Canadian Theatre Company’s upcoming production of A Bedfull of Foreigners, Mac Blackburn’s front-of-house role in the British farce is just as important as the lead characters.

Bedfull of Foreigners is a classic British farce that takes place in the dingy Hotel Heinz between France and Germany where staff cause chaos after booking two couples in the same room.

“It’s a professional show, but they have the enthusiasm and silliness of the kids,” explained Blackburn.

“Dress rehearsal is the only time I get to see it [the show]. I try to sneak in, but very seldom get to see the second half.”

The show is complete with mistresses, mistaken identities, misunderstandings, food poisoning, outbreaks, and more, and Blackburn is the mastermind behind the show’s organization.

While actors are on stage, Blackburn is the first smiling face guests see when they enter the theatre – she sells tickets, raises money for the company, completes actor paperwork, enrolls members, organizes emergency details, assists the stage manager, paints sets, and sells 50/50 tickets.

Blackburn explained she doesn’t have what it takes to be an actor as she struggles to memorize lines, and said front-of-house work is what she enjoys most.

“I’ve got that kind of brain, and I love working front-of-house. I love to talk to people who love theatre, and people who maybe haven’t been to theatre before. To turn them on to theatre, that’s great, and if they come back, that’s fabulous.”

Blackburn has been part of the RCTC since its inception in 2006, after she arrived in Langley from England.

Blackburn said she has a couple favourite parts in A Bedfull of Foreigners, but she didn’t want to give away any spoilers.

She added the theatre company put on the same show years ago, and she still laughs at the same parts.

“The actors put their own stamp on it, it’s brilliant.”

According to Blackburn, another perk to working front-of-house is making friends, and comforting actors before they go for auditions.

“It’s lovely because I can put them at their ease. Some actors like to come in and be quiet, and others are a bit nervous and want to chat it out. I can honestly say by the time they go in they feel a bit more relaxed,” Blackburn explained.

Last year, Blackburn received a serving with distinction community engagement award for her volunteer work at the theatre from the Surrey Cares Community Foundation, and called it a “big honour.”

From Thursday, March 14-16, the show runs at the Anvil Centre at 777 Columbia St., New Westminster.

For more information on the RCTC, visit http://www.rctheatreco.com/. 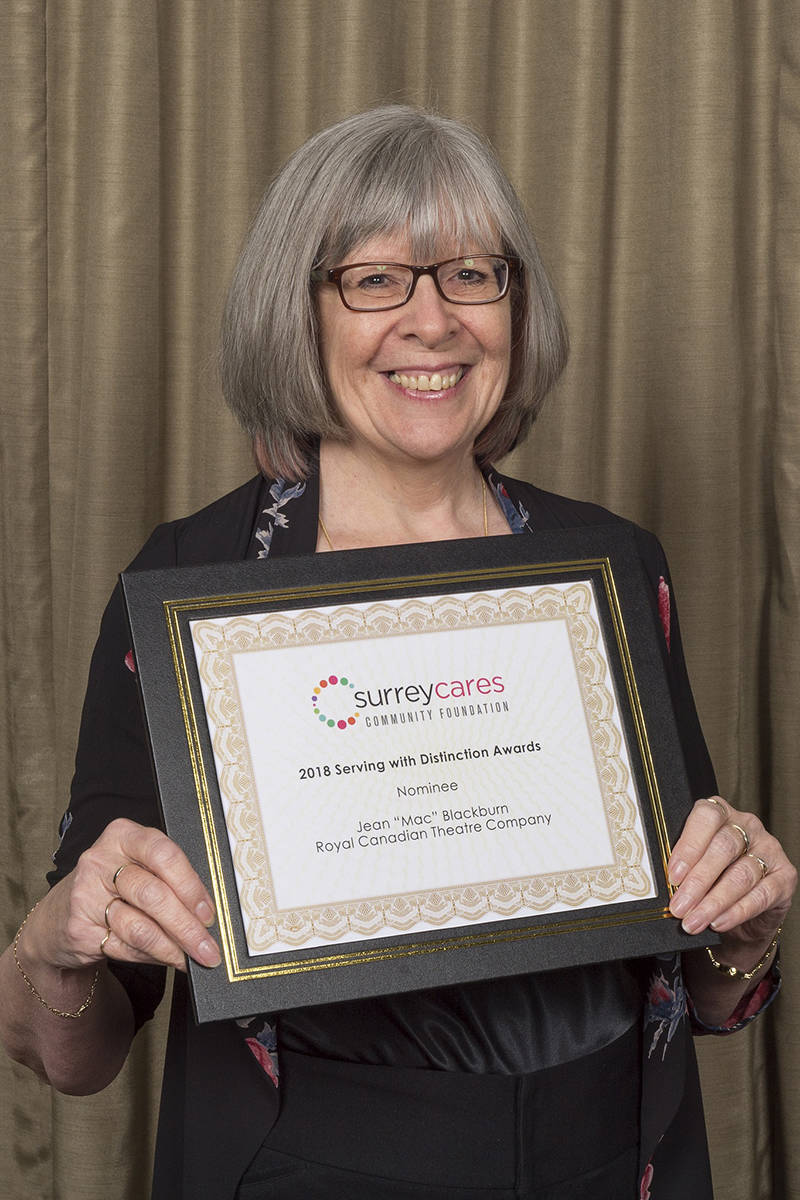