David Tomlinson has been coming to Langley’s biggest car show – Langley Good Times Cruise-In – with his hot rod car for the past dozen years.

Vice-president of British Columbia Hot Rod Association, Tomlinson, will represent his car club at the 2022 Cruise-In, alongside a myriad of other club members.

His club’s members, Tomlinson said, are thrilled to be a part of the event since their club’s philosophy of helping the community through charitable work aligns so closely with the goals of the huge charity car show.

For instance, one of the hot rod association’s long-time charity partners, Valley Therapeutic Equestrian Association (VTEA), is one of the primary beneficiaries of the Cruise-In.

The foundation of the strong relationship between the hot rod association and VTEA was laid many years ago, when the equestrian facility helped the daughter of one of the club’s members with her disability, Tomlinson explained.

“Langley Cruise-In also supports them [VTEA], and that is why we are going to the show,” said the Cloverdale car collector.

This year is the association’s 65th annniversary, and with 450 car lovers and hundreds of cars involved, the British Columbia Hot Rod Association is also the largest car club in Western Canada.

“We have vintage, racing, modified, and more,” Tomlinson shared.

“As we have a wide network, it is hard to calculate the number of members bringing their cars [to Cruise-In]. But, there are usually about 60 cars on display,” he said.

In addition to the hot rod association’s presence, about 20 more car clubs are set to participate in the annual Cruise-In, which typically draws about 1,200 cars and attracting tens of thousands of spectators each September to the streets of downtown Aldergrove.

Greater Vancouver Mustang Association, Indo-Canadian Jeep Club, BC Forward Drivers Association, and BC Camaro Club are some of the participating car clubs expected.

Greg Balmer, membership officer for the Mustang association, said he has been going to the event for several years. Last year his club brought a dozen cars to the charity show.

According to Balmer, Cruise-In offers a “great” opportunity for car owners to “show off” their vehicles. He added that the event benefits both the parties – car owners and the community.

In addition to supporting the community through the fundraiser, Balmer said the event allows people to interact with the car owners.

“If someone is thinking of buying a vehicle and doesn’t know where to start, the owners can offer them good advice,” said Balmer, who is pleased to assist anyone seeking advice on purchasing a Mustang.

“Tell me your feature preferences, and I will point you in the right direction.”

In exchange, he requests that spectators respect the car owners by refraining from touching or sitting in the car without their consent.

A big Mustang fan, Balmer finds it challenging to pick a favourite model.

“They all [Mustangs] are unique. Plus, people always customize their vehicles so [the vehicle] becomes part of their personality.”

For more information and to pre-register vehicles for Cruise-In, people can still visit www.langleycruise-in.com. 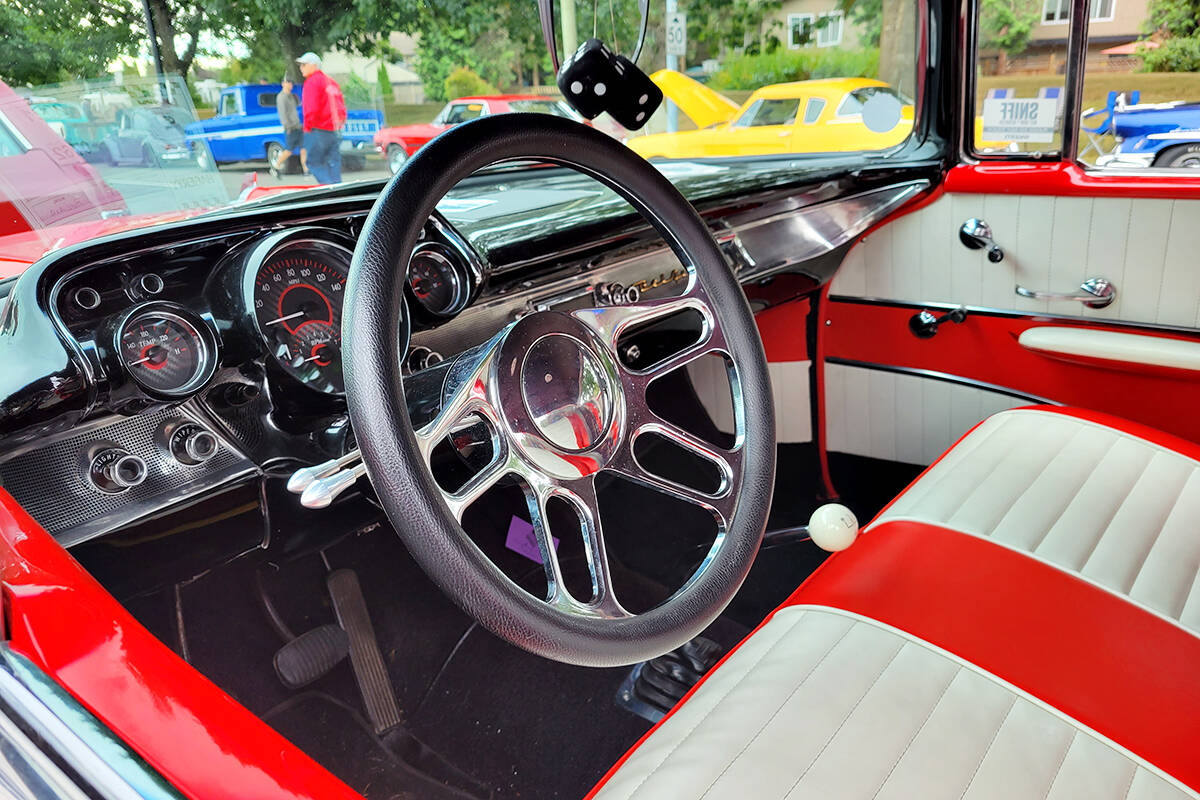