An interactive art piece has been added to one of Langley City’s parks, and it’s expected to cause quite the ruckus later this afternoon.

A musical piece of artwork, called the City Park Glockenspiel, is being officially unveiled on Tuesday, Aug. 31 at 5 p.m.

It is made from aluminum tubes, supported by steel and wood, and is reflective of the nearby mountain views and surrounding trees, explained creator Laara Cerman.

“The 12-note (one octave) glockenspiel can be played by people of any age or culture,” said the artist, who began work on it in May and completed the piece in mid-August.

“Music is a language that often crosses these boundaries, and the art piece allows people to play from either side,” she said, excited to see people admiring and trying out the glockenspiel.

Langley City’s art and culture task group and City council, invited artists – amateurs through to professionals – to submit works of art for consideration. After reviewing a myriad of submissions, the group commissioned Cerman to create the new interactive piece.

RELATED: A fallen tree finds a new purpose in a Langley City park

“This is an exciting day for our community, especially the City’s art and culture task group, since we are celebrating the unveiling of the City of Langley’s first interactive sculpture/work of art here at City Park,” Albrecht added.

“Our task group wishes to thank Laara Cerman, the artist, for this incredible addition to our community, and we encourage all residents and visitors to enjoy this amazing interactive art piece,” he said.

PAST COVERAGE: Langley’s City Park gets a makeover

The public is invited to join council, as well as members of the task force, at the Aug. 31 ribbon-cutting ceremony. Visitors are encouraged to park in the northwest corner of the park taking the west entrance off 205 A Street, by Al Anderson Memorial Pool. 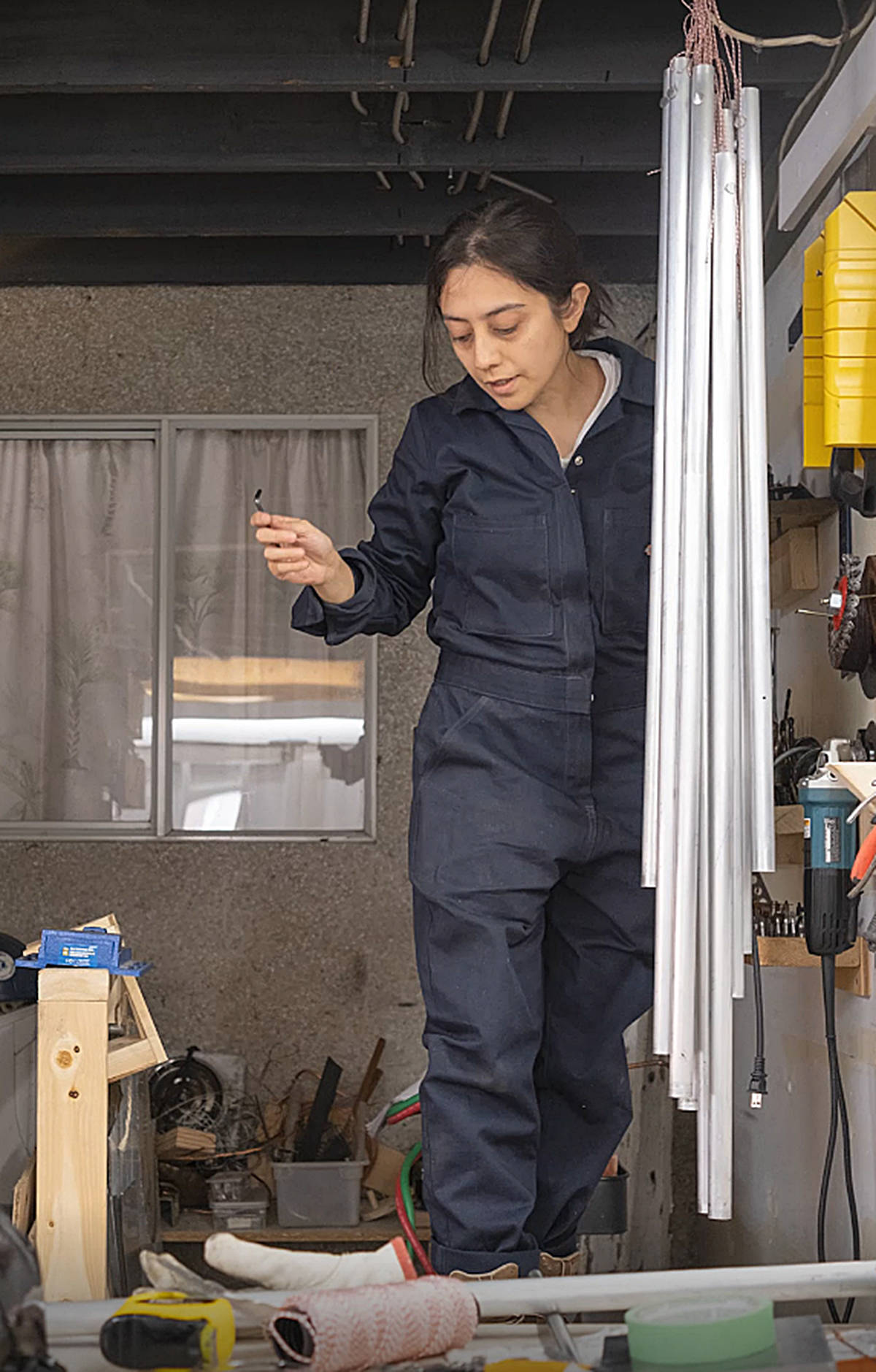