Hattie McBride is dead – murdered, in fact. Yet, she’s been a constant companion for Dawnelle Guenther for more than five years.

At least that according to the 59-year-old Aldergrove author who has just released her first novel, The Redemption of Hattie McBride.

“She has been my constant companion for over five years, and writing her story has been a journey like nothing I imagined… but now it’s time to let her go,” Guenther said.

The book weaves together historical facts and modern-day fiction, she said, calling the final release of the novel into major bookstores both “thrilling and terrifying.”

This all began on vacation.

For more than four decades, Guenther and her husband, Tony, have been exploring ghost towns, museums, pictograph sites, and backroads throughout British Columbia.

During one of those adventures a decade or so ago, while exploring the ghost town of Granite Creek, they discovered a cemetery where Hattie McBride was buried so long ago.

“That’s when we met Hattie for the first time,” Guenther said.

McBride, a madam who ran a brothel in Coalmont, B.C., was brutally murdered in 1920.

According to Guenther and her research, a small investigation took place. But, to this day, no one has ever been charged with the crime.

A local innkeeper tipped them off to McBride’s story.

Then discussions with other residents and historians in the region further inspired Guenther to put pen to paper.

One hundred years later, the injustice of McBride’s tragic tale serves as the backdrop for Guenther’s first book.

Loosely based on McBride’s life, The Redemption of Hattie McBride weaves together what historical facts she could glean with a modern day fictional story.

This author, in fact, takes the reader back in time, deftly interspersing vividly rendered details and characters from 1914 to 1920 – including McBride herself – with the present day.

Her book follows the fictional characters of Ed Janzen and his wife, Hannah, as they try to unravel the truth about what happened in that British Columbia village, which once lured miners, ranchers, and grifters to the future “City of Destiny.”

As Ed and Hannah tug on threads from the past, what becomes clear to the Abbotsford couple is that nothing is quite as it seems – at least that’s how the story unfolded for Guenther in her 346-page book produced by Friesen Press.

Guenther, who grew up in Langley from age seven, has lived in Aldergrove coming up on 40 years. She is a mother of three grown daughters, and grandmother to five.

While her interest in writing first became apparent in elementary school, it wasn’t until her kids were grown up and moved out that she began writing a blog and taking creative writing classes.

“I honestly remember wanting to write back since I was little. I was probably in Grade 6 when that bug came to me.”

As she progressed through her writing classes, one of the courses called for her to write the first chapter of a book.

Low and behold, that was the beginning of The Redemption of Hattie McBride.

Now, she admits, there might be a second book percolating.

She left the last book, and Ed and Hannah’s quest for unanswered questions about their family, open enough that she could pick up where that book left off – or she could travel in a completely different direction.

Time will tell. For now, Guenther will be focusing on promoting this book, and expects to be travelling through various regions of B.C. next spring and summer. Short term, she’s hoping to get it onto the shelves of a number of local bookstores ahead of the holiday season. 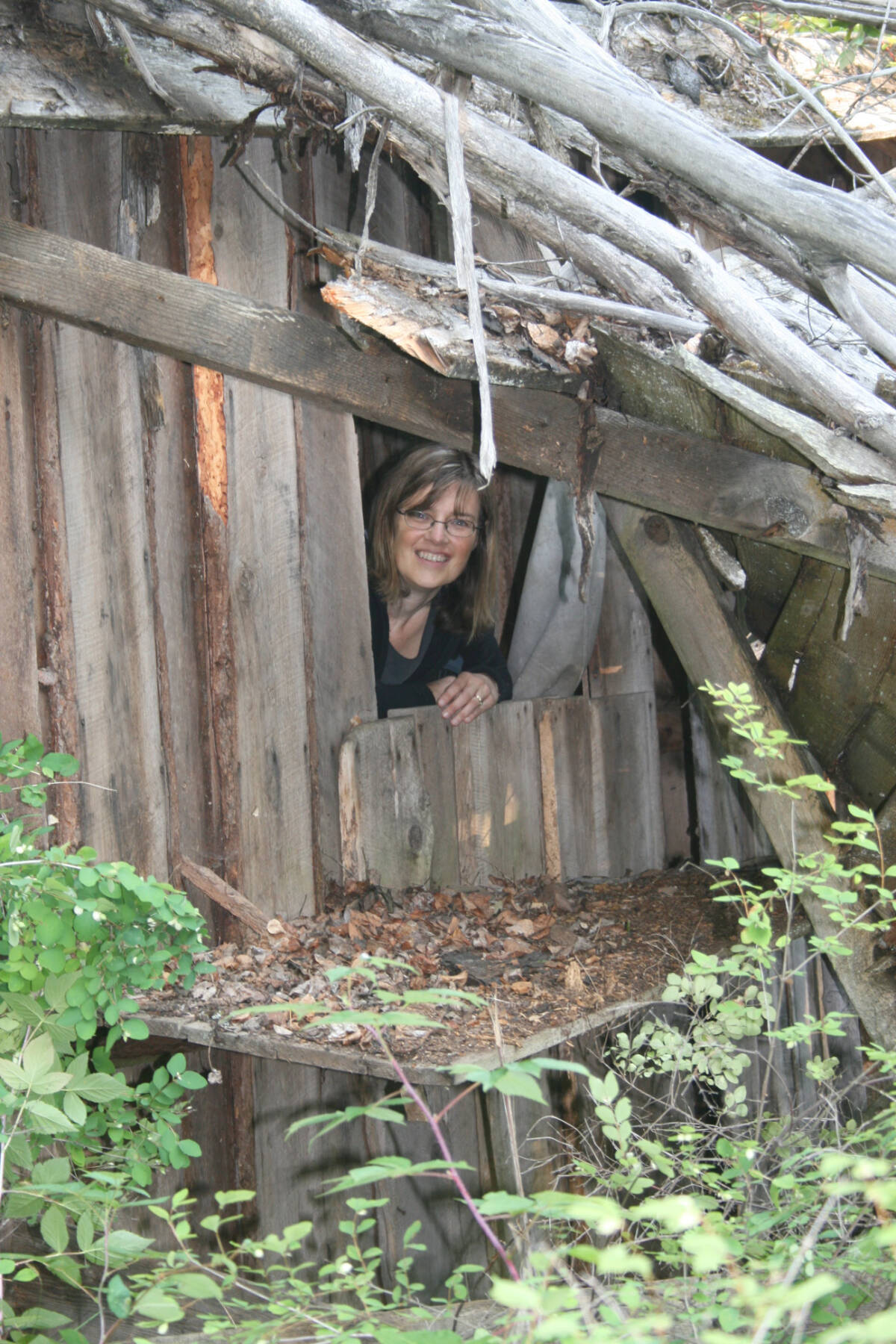 It was 2009 when Dawnelle Guenther first learned of Hattie McBride, and visited her grave in Coalmont, B.C. (Tony Guenther/Special to Langley Advance Times)

740 turn out for Santa visit to Canadian Museum of Flight