Travis Thuro’s new compositions, some of which he will perform at a concert in Aldergrove next Thursday, Aug. 11, have come together as a result of the many challenges imposed by COVID-19 restrictions.

Thuro loves to write and play music, mostly worship songs, and has spent many years helping out at Vineyard churches in Canada and the U.S. For him, it is a key aspect of his Christian faith.

The Abbotsford musician just returned from his first trip to the U.S. since 2020, and the whole COVID experience has shaped his recent approach to music and life.

In March 2020, he was visiting his father in Maui as all the information and concerns about COVID-19 were coming to the fore, and as Prime Minister Justin Trudeau was calling on Canadians to come back home.

He said the lack of social contact with people during much of the COVID-19 pandemic has been extremely challenging.

“My 12-year-old daughter is enjoying the Marvel movies where a blip comes along and everyone disappears for a while, and then comes back. That’s what the last two years have been like.”

He was used to being part of a church service and contributing to the musical experience. When he came back home, all that was gone.

“We had to figure out how we could connect. At first, it was on Instagram, but there were sound issues. We did music from a bunker. We would post services from home, and people would tune in, but honestly it was terrible,” Thuro recounted.

“I hated it. You couldn’t interact with people. We were so wrapped up in how we were going to have services, and with the technology, and the sound quality.”

He recalled that he was 12 “when I fell in love with Jesus,” and what drew him at first has kept him connected to church – “a community of people. It became a family for me.”

The changing restrictions around social gatherings during the pandemic were “like a yo-yo.”

Churches at first were shut down by provincial health order. Later in 2020, congregations were able to meet in small numbers, but then that brief ability to gather went away because of more COVID cases, and minimal availability of a vaccine. By the end of the year, gatherings were severely restricted. Weddings and funerals were limited to 10 people.

As 2021 progressed, there was some loosening of restrictions, but when churches did reopen, there were masking requirements that gradually were eased. Some churches kept them in place even after they were lifted by provincial health officer Dr. Bonnie Henry.

By the beginning of the summer of 2021 (which coincided with terrible wildfires and the infamous heat dome that caused more than 600 deaths in the Lower Mainland), people were again able to gather in churches and other locales.

But 15 months of varying restrictions took a toll on many people – on their mental health, and their ability to feel comfortable in meeting people they hadn’t seen for so long.

Many regular churchgoers did not come back.

“When you can’t meet, you disconnect over time,” Thuro said.

For him, “the music died” and he was not prepared to write songs. As 2022 dawned, he became determined to sit down and write some more.

Even though most people now have at least some vaccination prevention, COVID-19 is still with us.

Thuro said this has caused a lot of people to be angry and to complain. While he understands people have been under stress and this is a natural tendency, he wonders why there isn’t more gratitude that many normal activities have resumed.

As an American who chose to immigrate to Canada, he is grateful for this country.

“I chose Canada because it is the land of opportunity, and that’s what I hear from so many people who have come here from elsewhere. They are grateful to be here.”

All of these factors and the ”chaos” that has resulted from the last two years sent him into a “creative space that is more than normal for me. Musically, it is different. I’m trying some new things.”

He has been writing songs and weaving many of his thoughts about society, restrictions, work, family, God and other subjects into them. Most of the songs he will perform Aug. 11 come from this frenzy of creative activity.

Thuro plays piano and guitar, and occasionally the ukulele and harmonica. He has recently bought a mountain dulcimer, as well.

He is really looking forward to the opportunity to play some of his new music to a live audience, and be part of a performance with other musicians.

“It’s a little scary in a way, because it’s so long since I’ve done anything like this. It feels like I’m testing the waters.”

The concert, featuring multiple performers, is being held Thursday, Aug. 11 at 6:30 p.m. at the Vineyard church’s AV Centre, 27540 Fraser Hwy.

ALSO IN ALDERGROVE: Water park is the place to be in Aldergrove this summer

THIS WEEKEND: VIDEO – A look back at Aldergrove’s past on Community Heritage Day 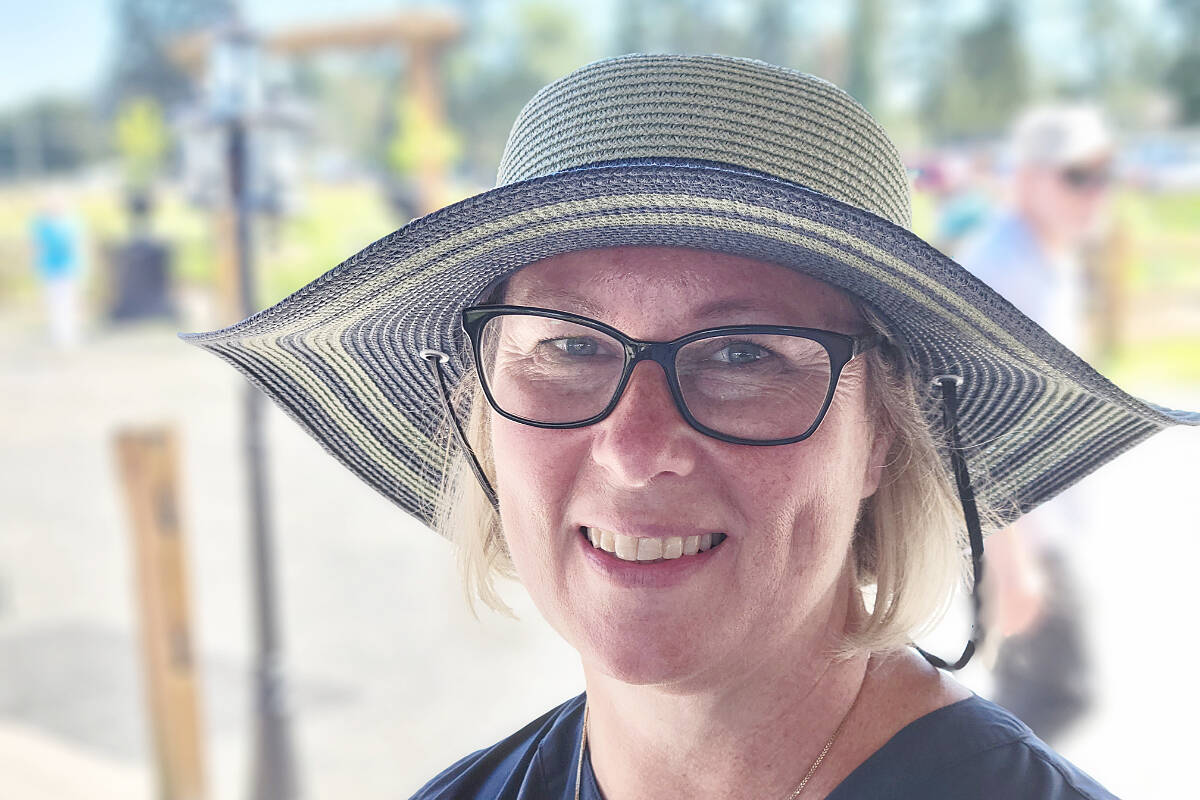